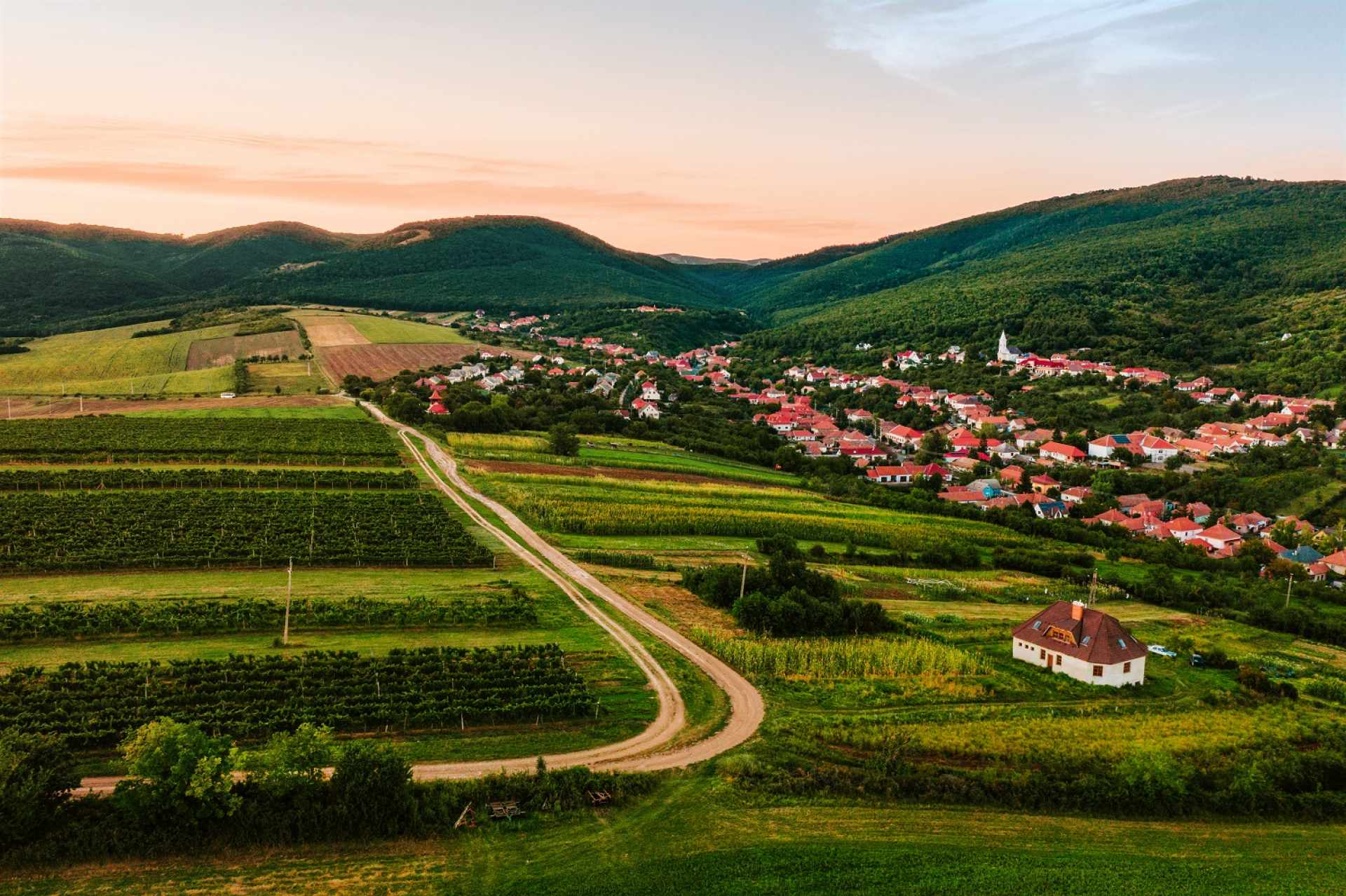 In a sense, the wine district is a continuation of the Eger wine district, at least in the western part, where Bükkzséc and Cserépfalu border Szomolya and Noszvaj. In the other direction, however, it extends far beyond the borders of the mountains that give the region its name, the Bükk. It contin-ues all the way up to the Sajó Valley, the Megye Hills, a small point in the Ukrainian border, where the Transcarpathian wineries are closer than the people of Miskolc, for example. The mountains entice you to go hiking, the valleys are dotted with small thermal spas, while the verdant vineyards and cellars on the hillsides welcome visitors.

Let’s start with the villages bordering the Eger wine district, almost all of which have wonderful cellar rows. Cserépfalu is one of the region’s tourist centres, with its seven rows of cellars and a super memorial performance tour organised by the friends of the young biologist, Nándor Less, who died young. Cave dwellings are an important attraction in the region, and it’s no different here. Visit what the locals call “little America” or the lookout above them. Heading north from the village, you reach the entrance to the Hór Valley, which is the start of an exciting hike. Neighbouring Bogács is famous for its thermal spa, although there are also plenty of cellar rows here. It’s worth visiting the beehive rocks in the woods near Cserépváralja if you want to see a landscape reminiscent of Cappadocia. Mezőkövesd is located at the southern end of the wine district, where your attention will be divided by the Matyó Museum, the Hadas district, which is rather like a living open-air museum and the Zsory thermal baths 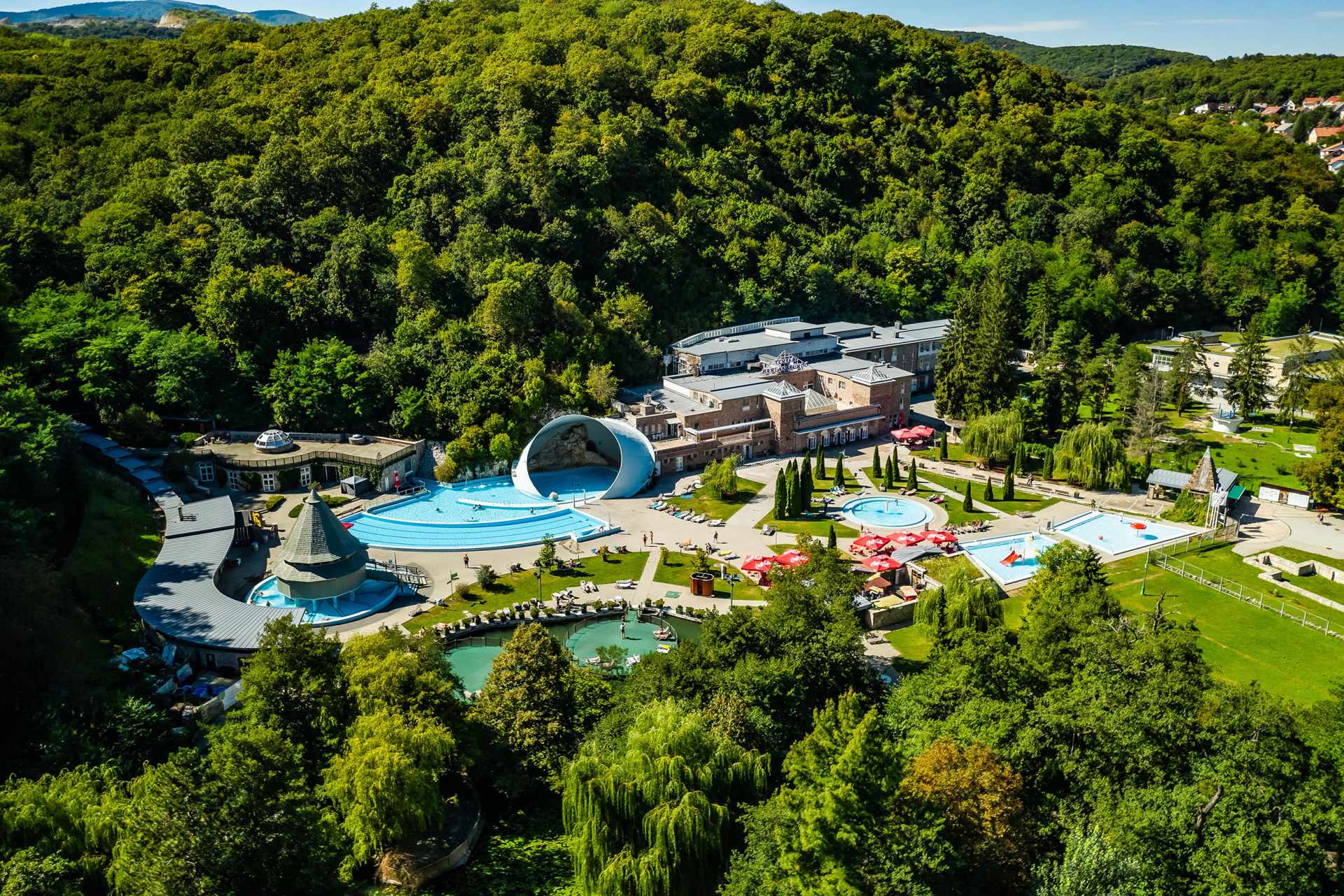 Mezőkövesd’s famous vineyard is Dollar-hegy, or Dollar Hill, which is certainly in the running for the title of funniest vineyard name (as well as Tokaj’s Tehéntánc (Cow Dance) or Legyesbény’s Kutyafagyó (Dog Freezer)).

Heading east, you are still in the land of rhyolite tuff for a while. This is characteristic of the “Eger” wine district, but you can also see it in the carved cellars of Tibolddaróc. Although you can’t visit the settlement’s castles, it’s worth admiring them from the outside. Then climb up to the lookout for a great view over the countryside.Finally, the Bükk comes to an end and you reach the Great Plain. Turn north here towards Miskolc, but meanwhile let’s take a look at the sights in this area. The vineyard hill of Nyékládháza may not mean anything to many people, but it is really a must-see for wine tourists, mainly because of the Pittyén vineyard. In clear weather, you can see as far as Tokaj from here, but you can also glimpse the nearby Ónod Castle, where Ráckóczi held parliament sittings. It’s not far to Muhi, where the Tartars destroyed the Hungarian armies and where the king was lucky to escape with his life in 1241.

The memorial site of the Battle of Muhi is worth a short detour, especially if you also visit Ónod Castle, as both are important places in Hungarian history. An extinct volcano, Kaszonyi Hill, rises next to the Ukrainian border and, on paper, belongs to the wine district. Take a walk there, stroll around nearby Tarpa, visit the beautiful churches in Tákos and Csaroda and take a dip in the Tisza at the Gergelyiugomya beach!

Miskolc has slowly been appearing on the wine map of hardcore wine lovers over the last decade and wine life has slowly been returning to the Avas cellar rows. Well, there are plenty of attractions here too, starting with one of the best theatre companies outside Budapest. However, there is also the furnace in Fazola, the Diósgyőr Castle, the Orthodox church museum, the Cave Bath of Miskolc and, of course, the Ottó Herman Museum. When this museum’s new wing is completed in 2020, there will finally be a permanent exhibition of the collection of Sándor Petró and István Kövesi, with paintings from such greats as Egry, Aba-Novák, Szőnyi, Rippl-Rónai, Róbert Berény, Béla Czóbel, Kassák, Perlmutter, Hugo Scheiber and Vaszary.

Moving on in the Bükk from here, there’s the famous hotel, caves and boating lake in Lillafüred, while the next attraction is Edelény in the Sajó Valley. The latter conceals one of the most beautiful castles in the country. The L’Huilier-Coburg Castle in Edelény is beautifully renovated and now welcomes visitors as a museum, Castle Island. From here, it is just a stone’s throw to Felsővadász, the ancient seat of the Rákóczi family. You should also not miss the Romanian-style, twin-sanctuary Catholic church built under Andrew II in Tornaszentandrás. The church is uniquely beautiful, with its frescoes and design making it one of the country’s first-class monuments. From here, it is only a short drive to the Aggtelek National Park and the Baradla Cave, a UNESCO Heritage Site.

The cuisine of the Bükk wine district is difficult to separate from that of the neighbouring Eger wine district, as both are located at the southern foot of the Bükk Mountains. In general, the mountains are rich in wildlife. In the Middle Ages, there were royal game preserves in Tibolddaróc, Kács and Cserépváralja, while kitchen ingredients for the Bishopric of Eger were hunted for in Szarvaskő. Trout are frequent visitors to the pure, fast-flowing streams mountain streams, so it’s also no coincidence that there is a tradition of fish farming here. Mountain meadows provide ideal grazing terrain, so the Bükk cheeses were renowned all over the country, which is, fortunately, still the case today. You can also taste freshly fried, smoked and breaded trout at the trout farms - a Zenit or the Bükk’s community wine, known as Bálvány, go well with these. Wild mushrooms appear on restaurant menus in the autumn, and if you are looking for a wine pairing, look no further than a local full-bodied white wine to partner them. The numerous restaurants and soup kitchens of the region’s largest city Miskolc also add some colour to its culinary palette, as does the snack bar of a well-known pizzeria in the Hernád Valley. There are also some small family restaurants on the southern edge of the mountains in Mezőkövesd as well as in Bogács in the heart of the wine district, including one or two with regional wine lists. Also belonging to the wine district is Barabás, where you can find typical Bereg dishes, such as cabbage and mushroom soup or doughnuts with plum jam, which are worth tasting if you find yourself in the area.

The relative obscurity of the Bükk wine district has also left its mark on its wine events, although both these trends are now in reverse, thanks to the enthusiastic members of the For the Bükk Wine District Association. On the eastern side of the wine district, Miskolc itself awaits visitors with a multitude of events, with the Furmint February tasting – part of the national Furmint February - bidding farewell to winter and constituting the most exciting wine event in February. Then in the spring, the Borangolás, or Wine Roaming, in Avas attracts increasing numbers of wine lovers to the slopes of the resurgent Avas Hill in Miskolc, with its old press houses and multi-storey cellar rows. Summer is the season for light drinks, meaning that full-bodied red wines do not slip down quite so well at this time, which is why the Miskolc Fröccs, or Spritzer, Festival is organised each summer. The Bükkalja Wine Festival and the International Wine Competition, originally known as the Bökkvinfest, are also held each summer in Bogács, the wine district’s western centre. As well as plenty of wines, there is also generally a high-quality music programme to entertain both the jury and visitors coming to taste. Bogács and its surroundings, with its spas, hiking trails and beehive stones as well as nearby Mezőkövesd, is the region of the Matyó ethnic group. Besides the wine festival, you should also keep an eye out for some of the small village events which are often partly connected to wine, as you can also come across some local winemakers at them. 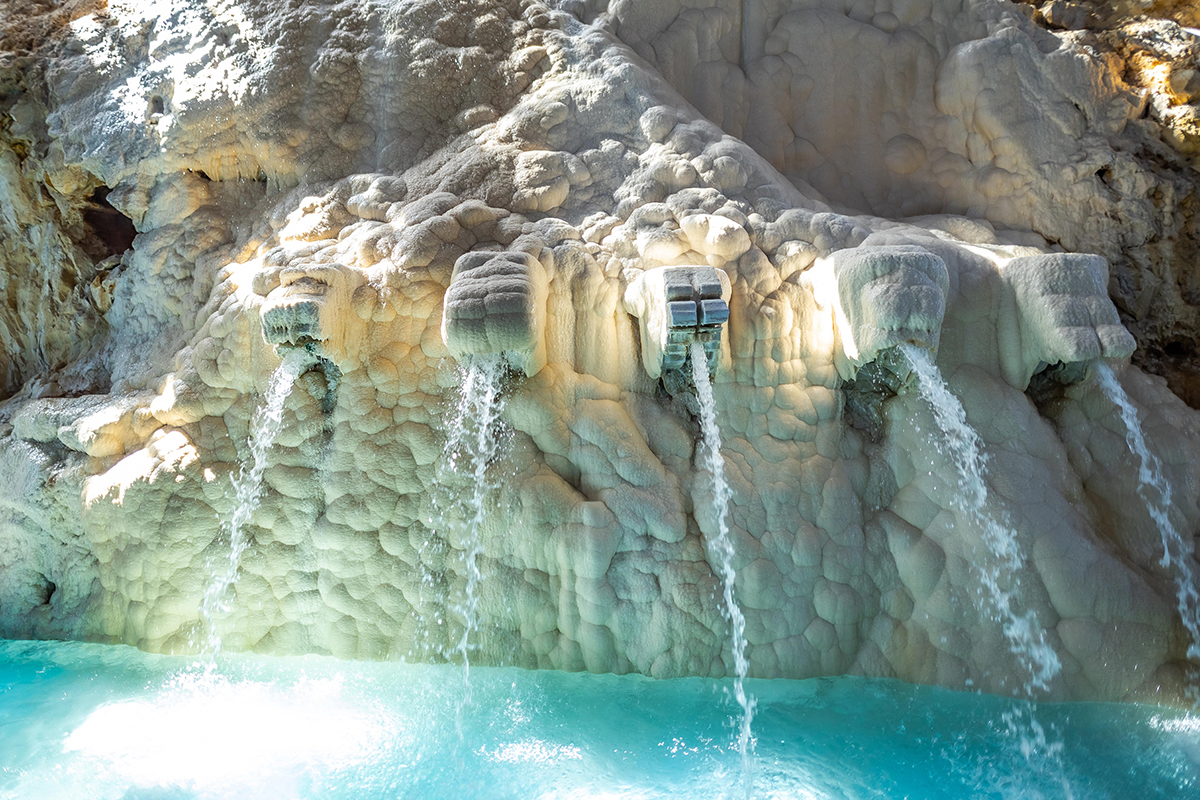 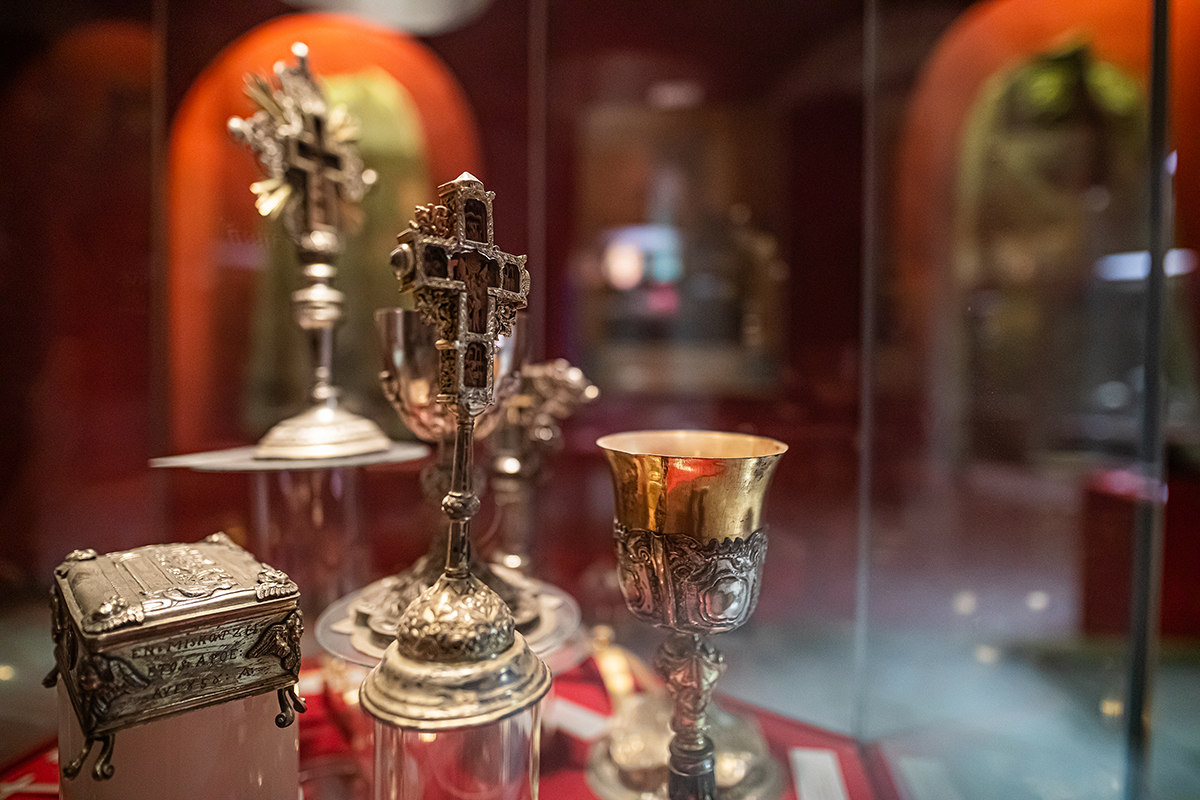 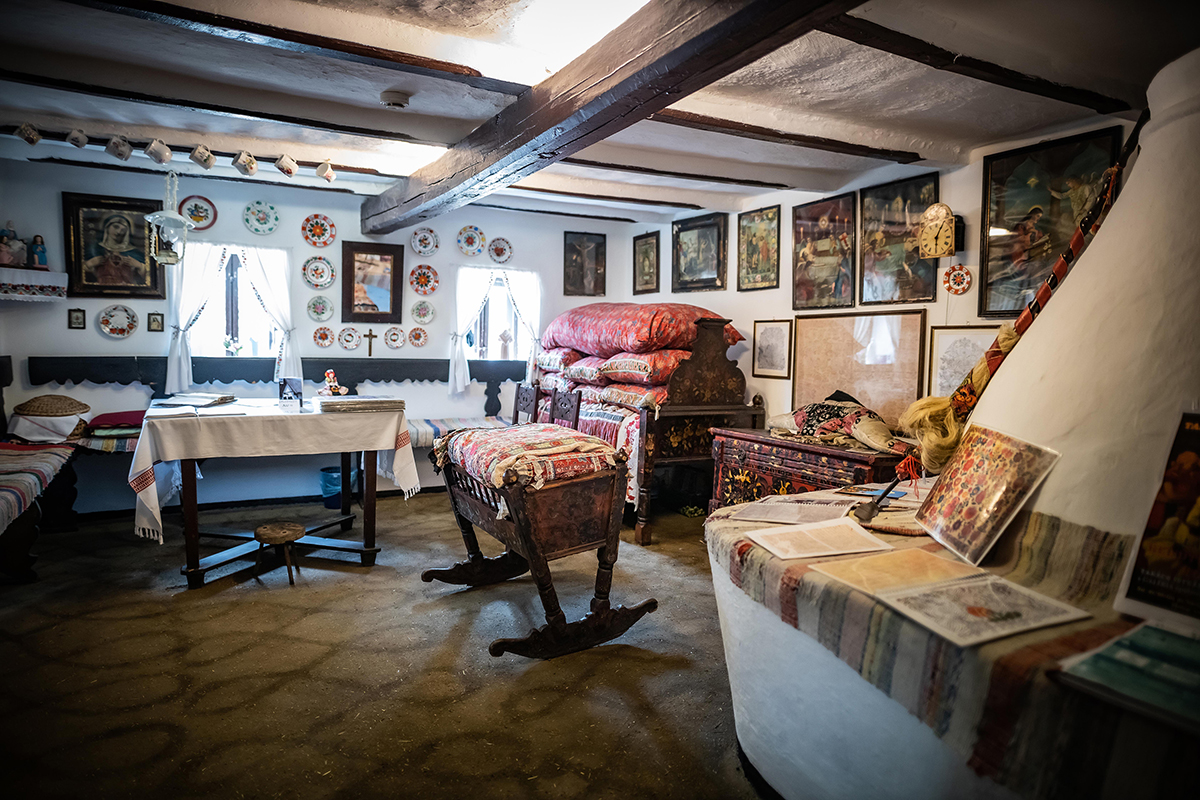 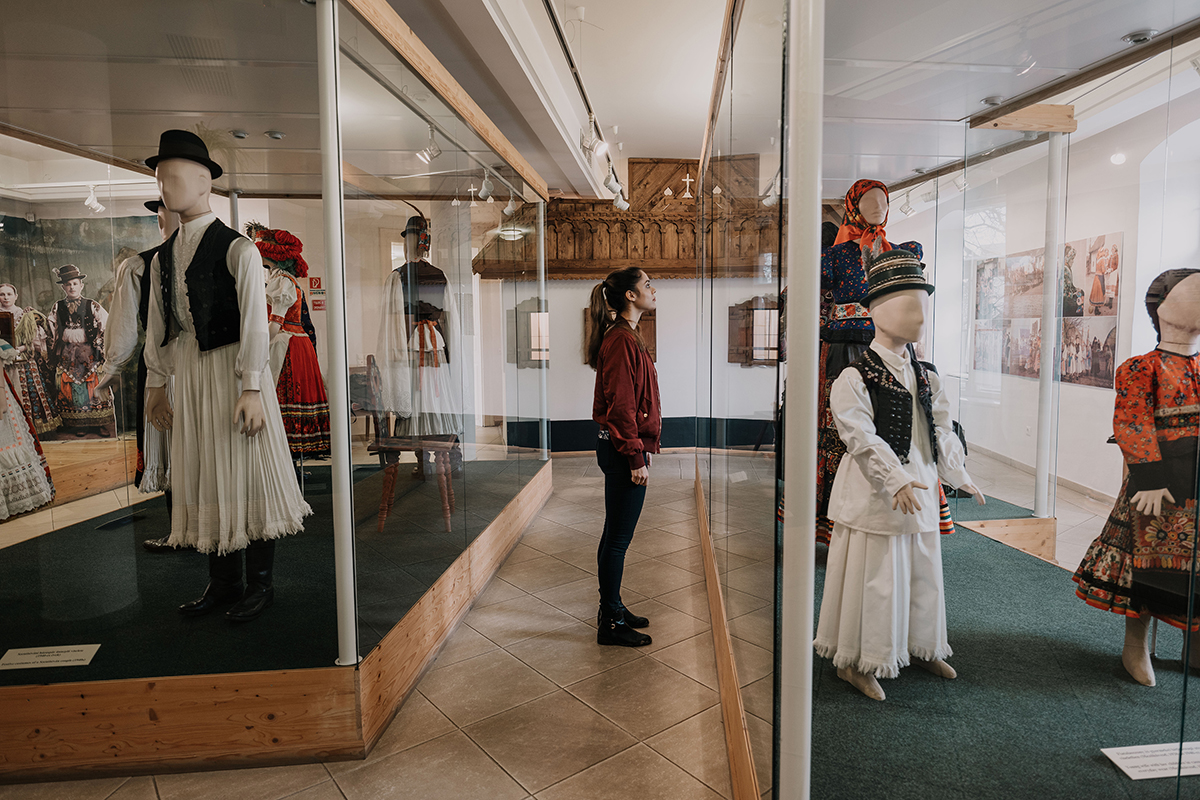 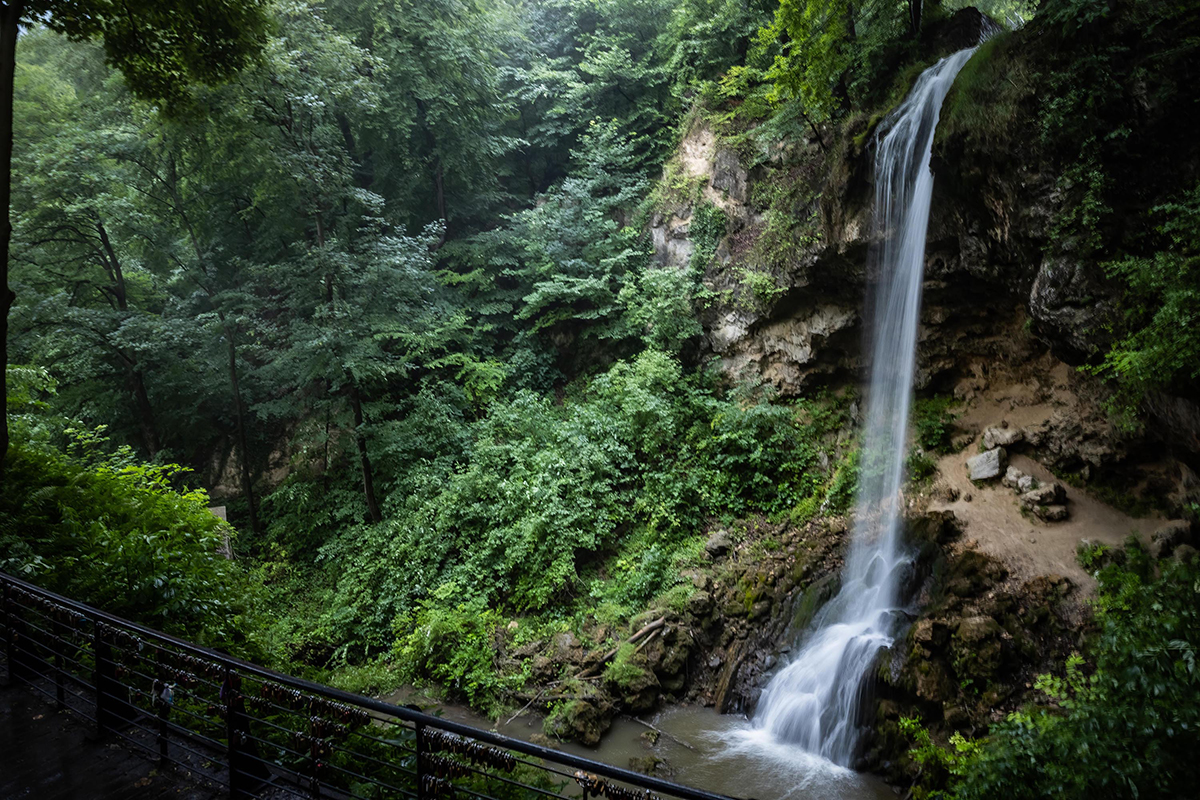 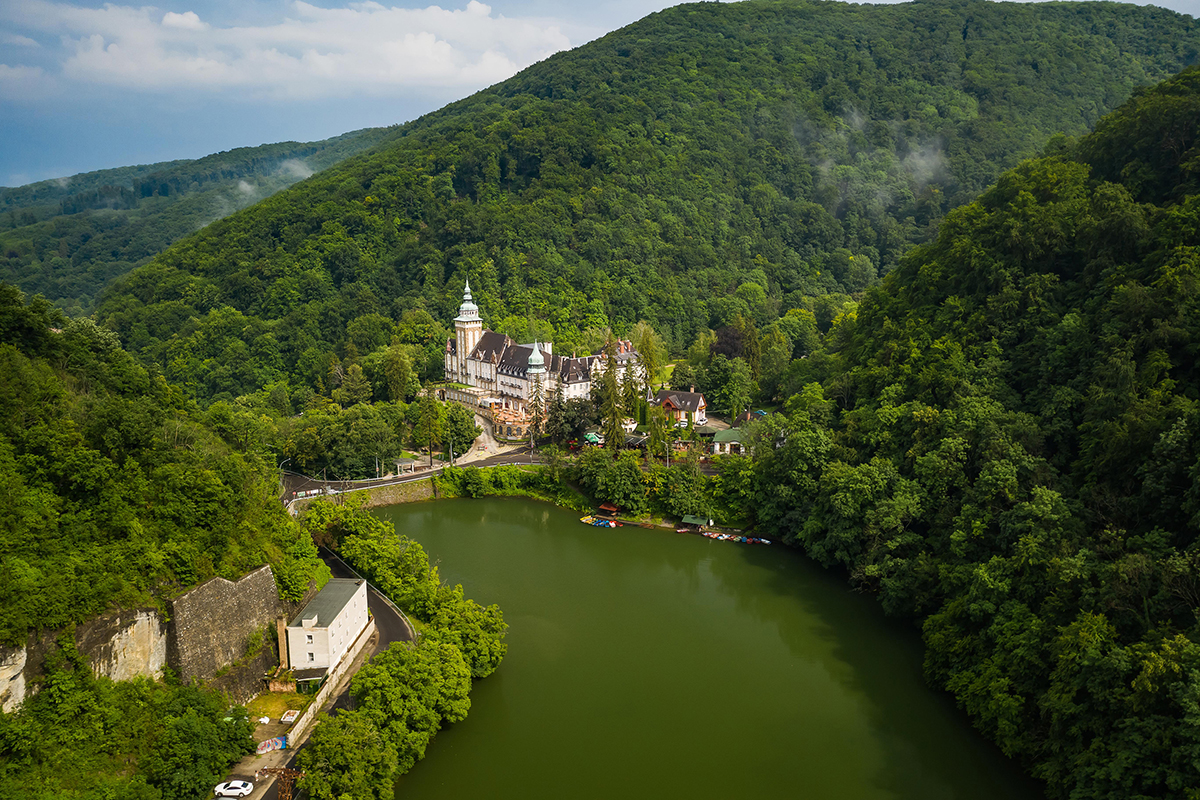 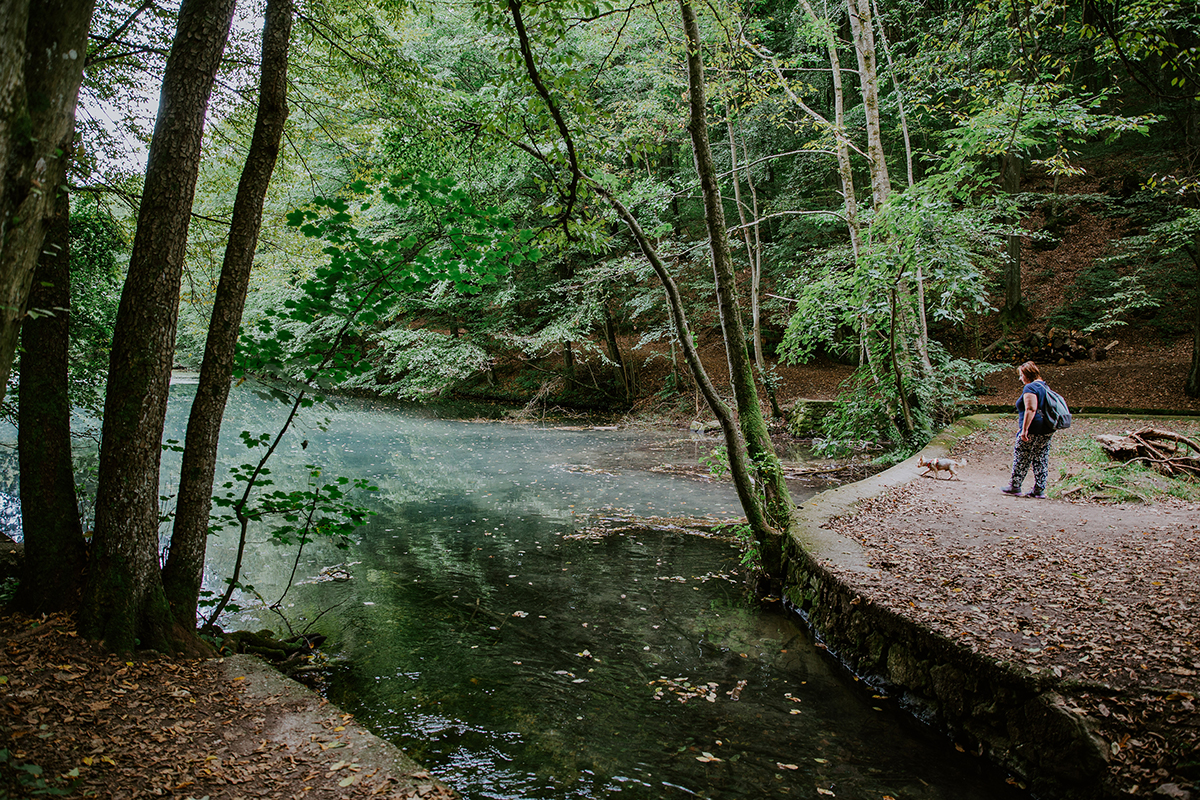 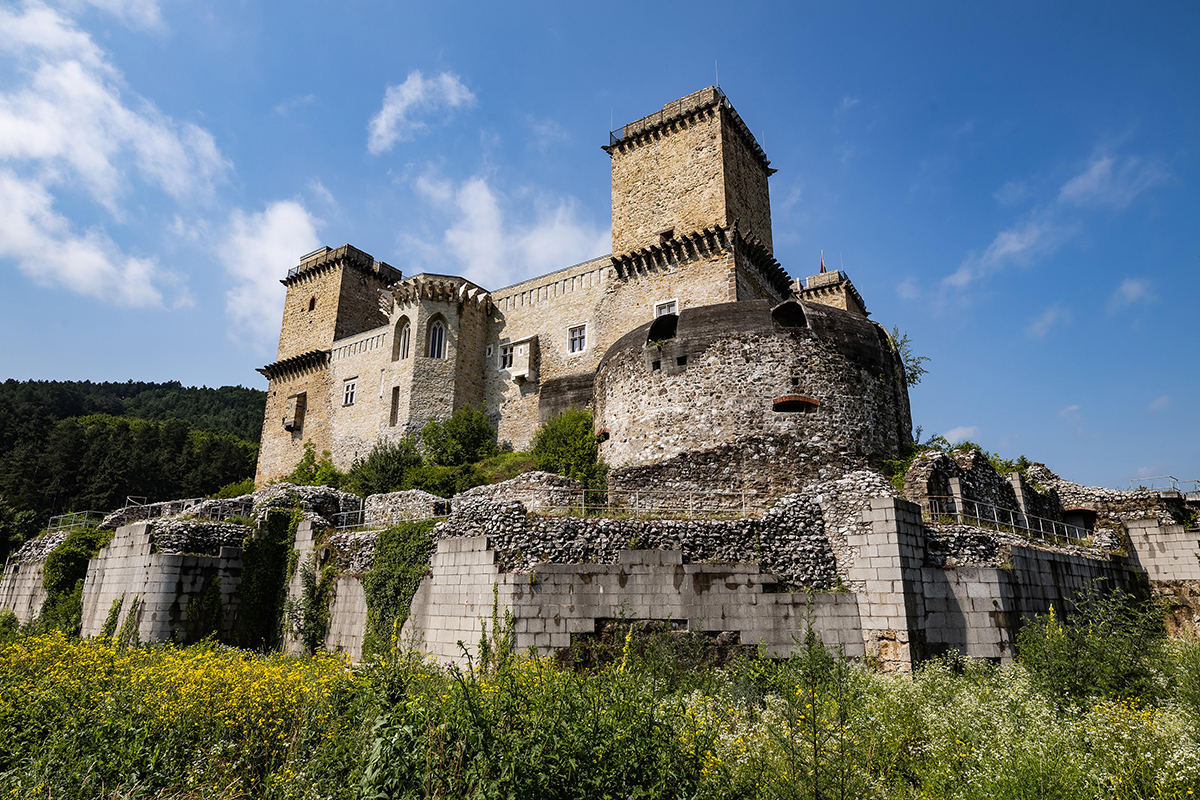 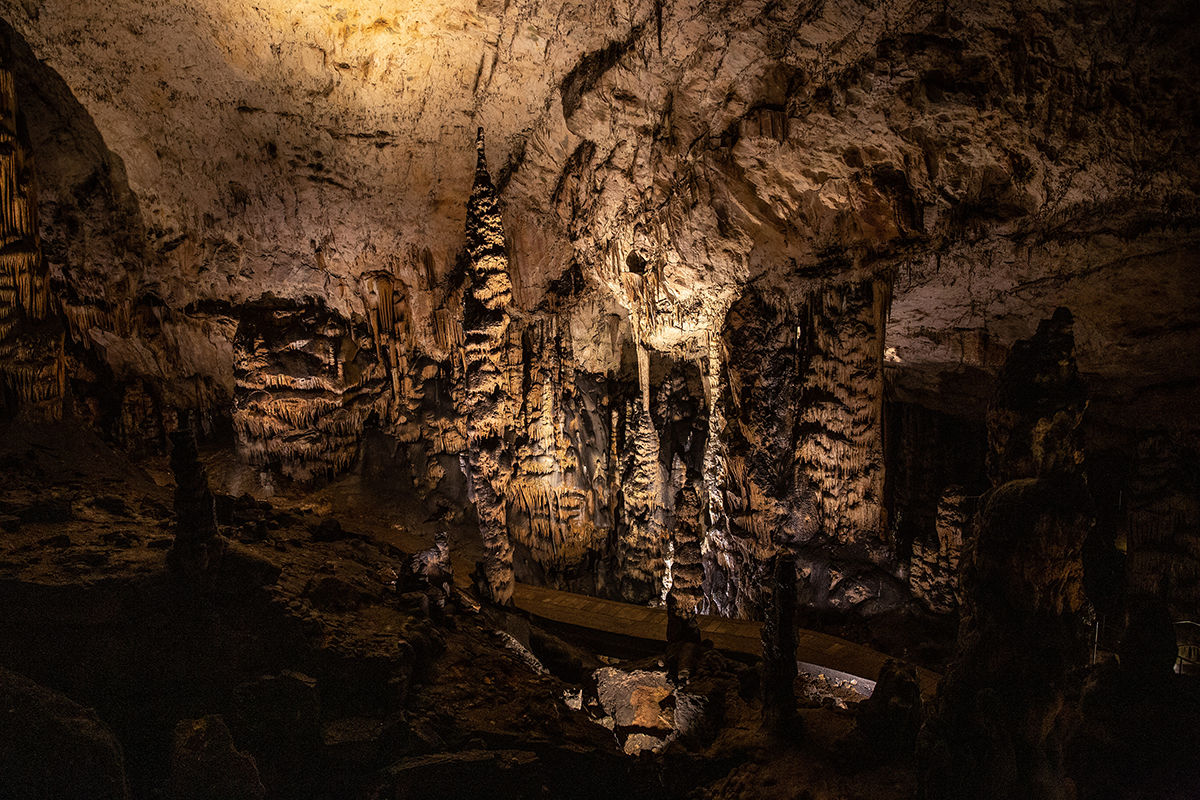 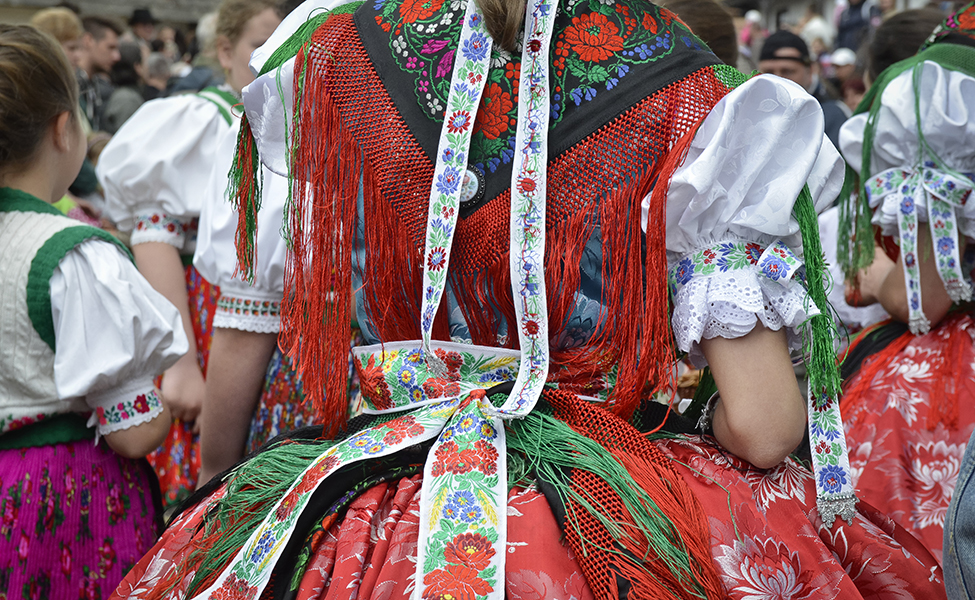 Visit the Matyó Museum in Mezőkövesd, explore the Suba Cave and the Berezdalja cellar row in Cserépfalu! 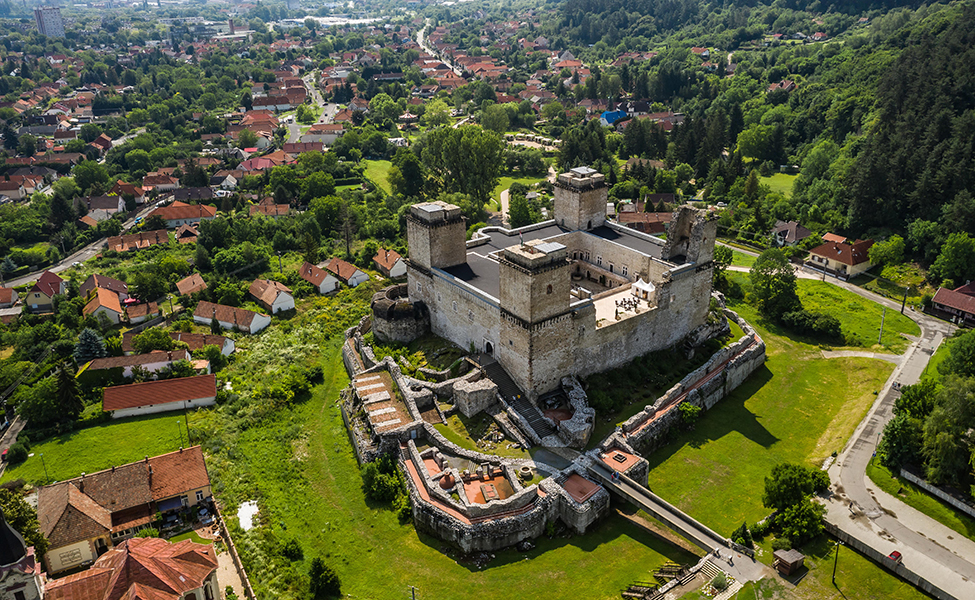 Discover Diósgyőr Castle, go boating in Lillafüred, then head to one of the country’s best trout friers! 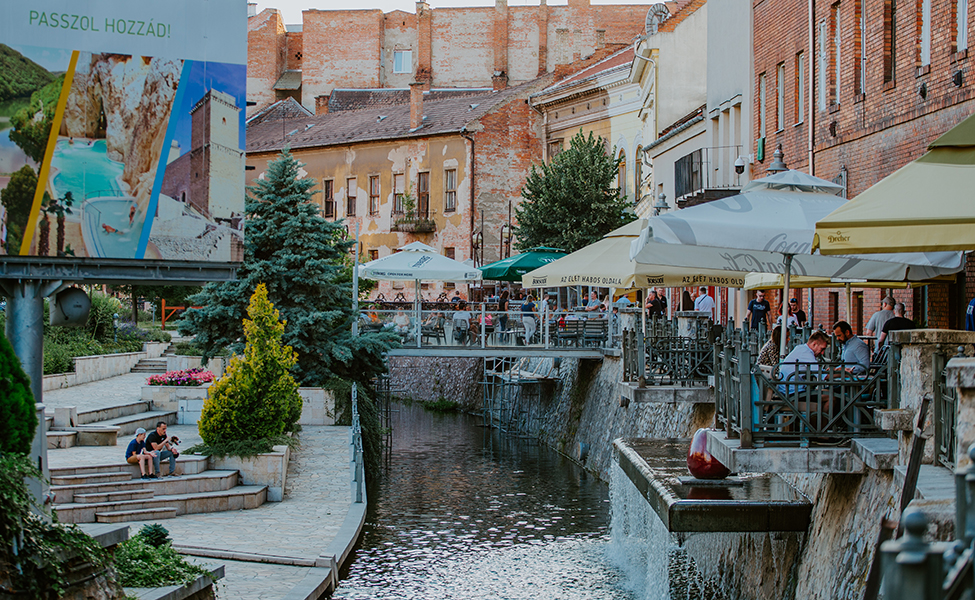 Visit the tuff cellars in Tibolddaróc, discover Miskolc and then relax in the Zsóry Bath in Mezőkövesd!