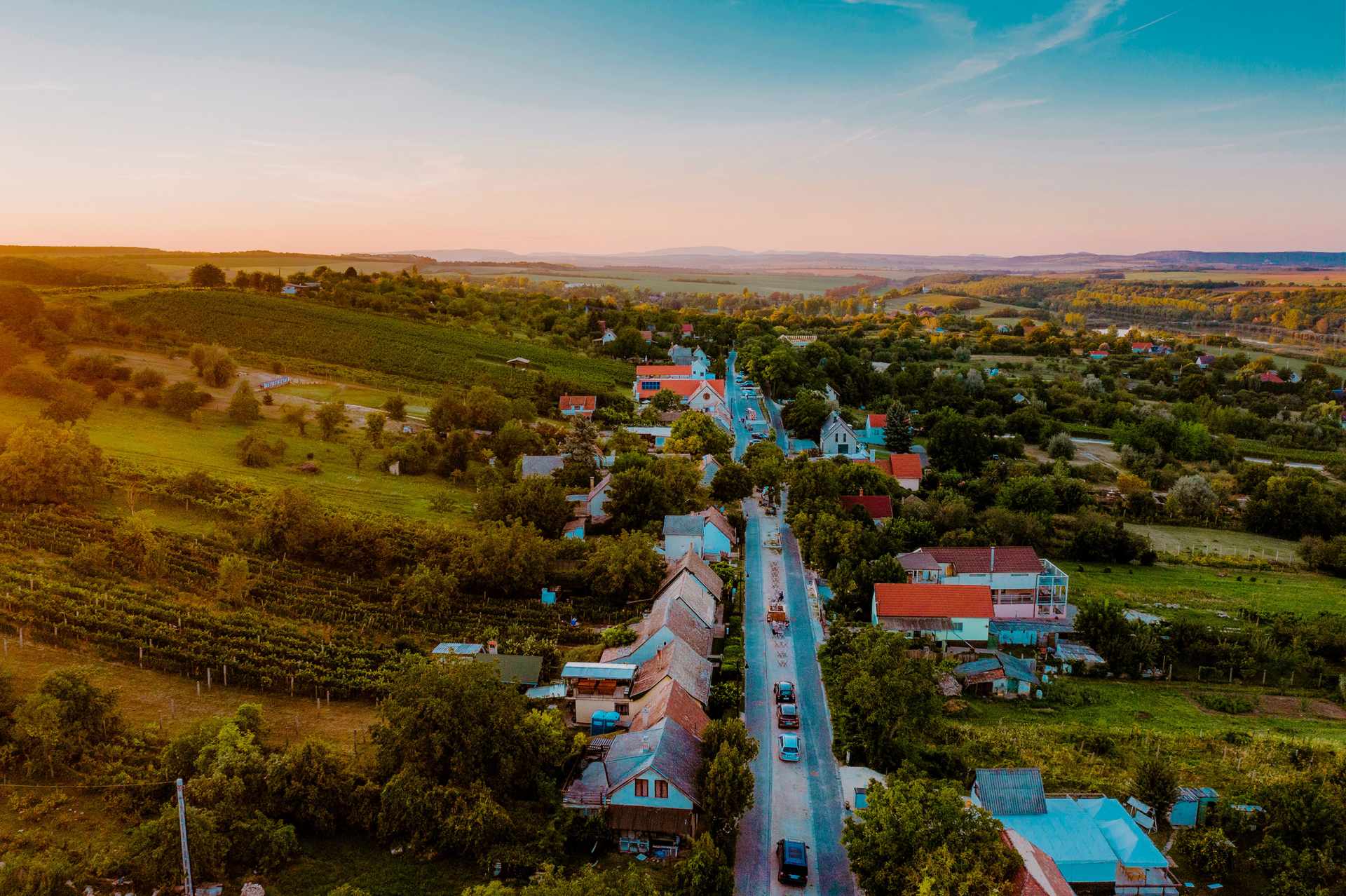 The Etyek-Buda wine region once meant something completely different than it does today, with the entire Buda Hills belonging to it. Nowadays the Buda suffix is more a tribute to the past, Etyek is now the wine district’s core. However, in the case of wine tourism, no area that is officially part of the wine district should be left out...

Some parts of Budapest’s 12th district belong here, so if you take the cogwheel railway up to Normafa, then maybe take the chairlift to the bottom of János Hill and walk up to the lookout from there, you inadvertently become a wine tourist. Of course, it’s not actually that simple. However, you are not so far from the real wine producers of the wine district if you get lost around here. The situation is somewhat different in Budafok, the capital’s 22nd district. There is little trace left of the former wine town, as far as the vineyards are concerned, as they have been swallowed up by the city. But the cellars are still there! It’s no coincidence that several sparkling wine producers and wineries have their cellars here, which are perfect for ageing. The district is also built on wine tourists. A Budafok bus link has been launched, making it easier for people to get there from the city centre during the tourist season. There is also a Bornegyed (wine district) Budafok magazine and website with information about events and attractions, such as the Törley Chateau and mausoleum.

Those in the wine profession know this, but maybe wine tourists would also be interested. If you want to study an intermediate level winemaking course, then you can also do this in Budafok, by enrolling in a course at the Soós István Vocational High School.

When you leave the capital, Budakeszi is the next settlement in the wine district; its Wildlife Park is a popular attraction. Heading towards Budaörs and the airport, you will pass through the once huge vineyards. There are wonderful hiking tours from here across the rocky hills towards Budapest. Otherwise, you can head towards Telki, which has almost grown together with the next village, Budajenő. Wines are still made in the cellar row here, and it boasts a cemetery chapel which was consecrated in the Árpád era. The final village in the wine district in this direction is Tök, which can be reached via Perbál.

You should stop off in Vál for its medieval tour, the Ürményi mausoleum, the ruined castle and the ninth largest church in the country. Hungarian visitors will also have memories from school, of the poet János Vajda, who sang about the forest of Vál. The Brunswick Castle in Martonvásár is worth a visit for its Beethoven legend, the castle garden and, of course, its (Tudor style) appearance. The Kindergarten Museum, located opposite the entrance to the park, also has a smiley exhibition.

Finally, you’ll arrive at Lake Velence, which also belongs to the wine district. You can sail (for example in Agárd at the VVSI) and paddle, you can go to the beach and swim, and you can also cycle around the lake. However, there are also other sights here, such as the Military Memorial Park in Pákozd, the moveable stones of the Velence Hills, the Mihály Vörösmarty Memorial Museum in Káplnásnyék, the Bence Hill Lookout Tower, the Géza Gárdonyi Memorial House in Agárd, the Velence bird sanctuary or the Pákózd-Sukoró Arboretum.

In Etyek, seek out the sparkling wine from small wineries, because the local winemakers’ undisguised goal is to make Etyek sparkling wine an everyday tipple once again!

If do some wine tasting in Tök, you should definitely visit the ruined church in Zsámbék. The garden of this late Romanesque-early Gothic basilica is the venue for successful theatrical performances and literature evenings. Finally, head back to Budakeszi via Páty, stopping off on the way at the atmospheric Páty cellar row for a photo and frothy coffee in one of the cellars which has been converted into a café.

The wine district also includes Felcsút and Alczútdoboz. The latter is famous for its arboretum and the facade of the former archduke’s castle, while the former is known for the Pancho Arena designed by Makovecz. Nowadays, the two are connected by a light railway. You can marvel at the height of the viaduct in Biatorbágy, which might make you recall the first terrorist attack in Hungarian history and its perpetrator, Szilveszter Matuska. It is also a great area for hiking; you can visit the Nyakas Stone, the Szily Chapel or the Calvary. It’s worth finishing your trip in Etyek, where you can enjoy the permanent exhibition of the Korda Film Studio as well as some interesting events. However, the wineries and various wine festivals taking place all year round will ensure you don’t get bored. The Barefoot Park (Mezítlábas Park) in Tabadj is a world without shoes and a magical place for your feet!

The wine district characteristically developed out of the former Swabian villages as well as from the vineyards of Buda, so the usual Swabian villages, brawns and various stifolder sausages were also common around here. What is more important nowadays is that culinary promenade events are organised each month under the name of Etyek Picnic. This means that you can discover the wine district’s cheeses and cured, aged hams as well as other producers on the local food scene. Moreover, the village of Etyek, centre of the wine district, also boasts a restaurant run by one of the wineries, the Rókusfalvy Inn. Dishes which are similarly fresh, such as curried duck soup with coriander, various goat’s cheeses or fresh salad with quail’s eggs drizzled with pumpkin seed oil, go well with the crisp, fresh Etyek wines. Game dishes with forest mushrooms and duck leg are also wonderful paired with red Pinot Noir wines, which boast particularly elegant acidity here in the Etyek Hills. The wine district’s other area is located around Lake Velence, where on the one hand, you can always find light dishes, lángos and freshly fried fish served with its lean white wines, while on the other, if you would prefer fried meat, the red wines from the lake’s northern shore, especially Pázmánd’s community wine, known as Könnyüvér, will make a great pairing. And then there’s Budafok, also part of the wine district, which is inevitably all about sparkling wine. Caviar from native Danube fish would make the best match, but regrettably, this huge sturgeon can no longer be found in our waters. However, you can, of course, still pair caviar with these sparkling wines, and you won’t regret it!

The wine district is not Budapest’s vineyard in name alone, but also in reality, as the region quickly realised that the capital’s wine lovers could be quickly and easily tempted out into its vineyards and cellar rows. Events open in the spring with the event series known as Etyek Picnic, which brings together food and wine producers as well as increasing amounts of artisanal sparkling wine in addition to the still wines. There is also an Etyek Picnic in spring, while nearby Pázmánd, close to Lake Velence, also organises a Gourmet Festival, supplementing the local wines with food and music programmes. While at the end of spring, the wine festival with the longest name in the country – the Lake Velence Fish, Game, Wine and Pálinka Festival is held in Agárd. In summer, Etyek also boasts countless events, with ChardonnÉj, the Chardonnay Night held on Öreghegy standing out with its high-quality master classes and participating wineries, both Hungarian and international. The Wine and Art Festival held in the village of Tök bids summer farewell, and autumn is once again all about Etyek and the Borangoló, or Wine Roaming. The biggest wine event at this time is the Budafok Wine Festival, which is held in Budafok in the Budapest part of the wine district. You can use its own dedicated bus service to go and taste wine, not just during the festival but also on the following weekends. The winter Etyek Picnic traditionally bids the year farewell with its Autumn Culinary Promenade, Goosebumps and Advent tastings. 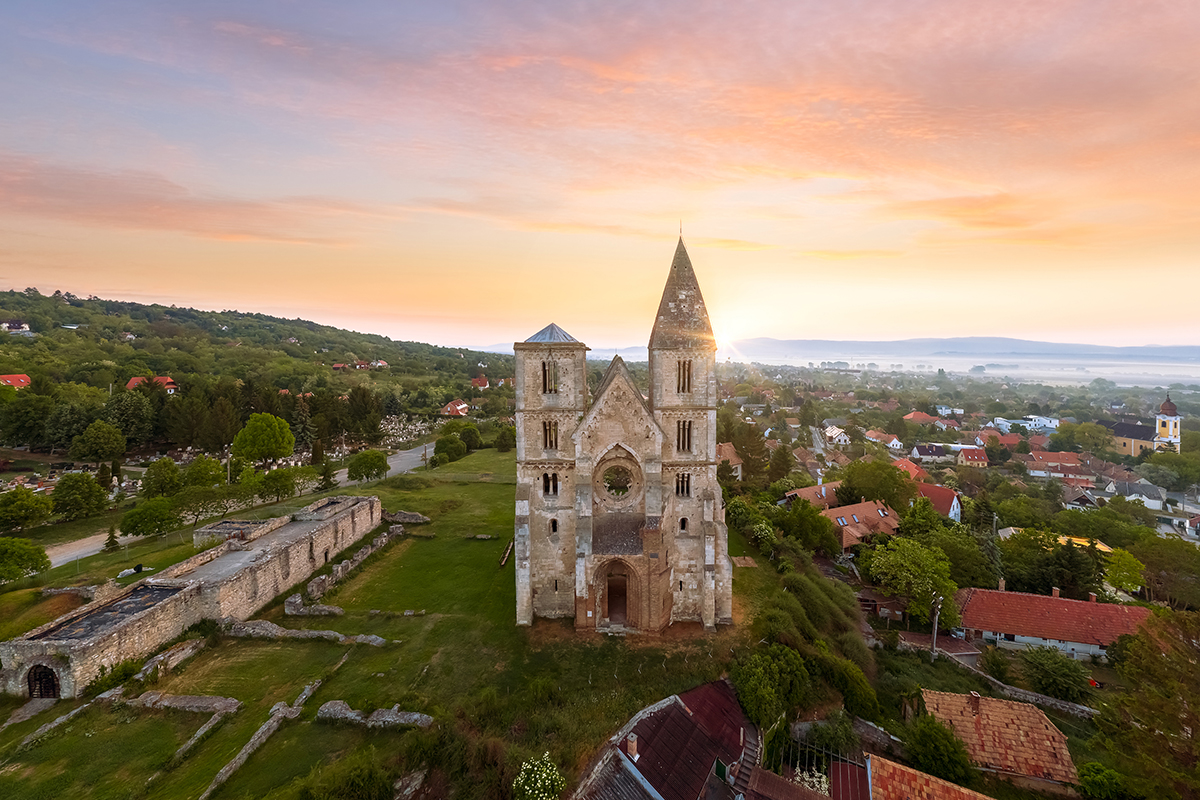 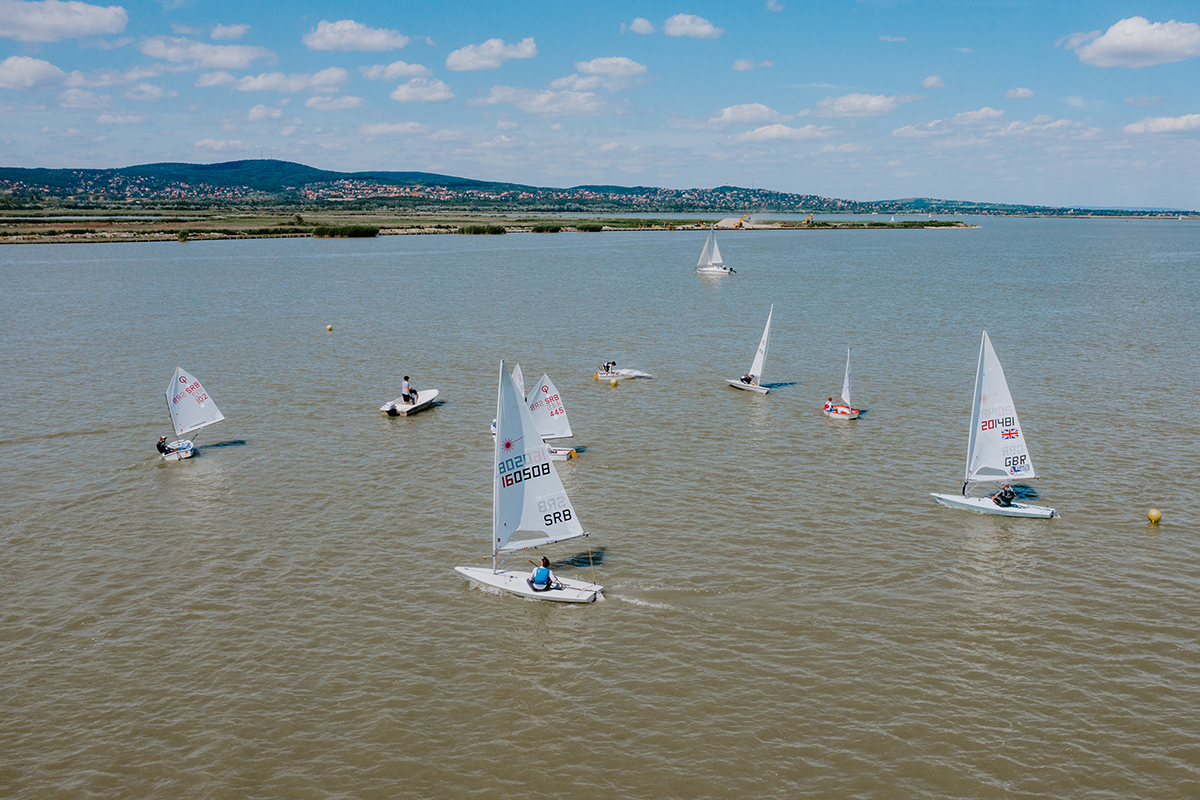 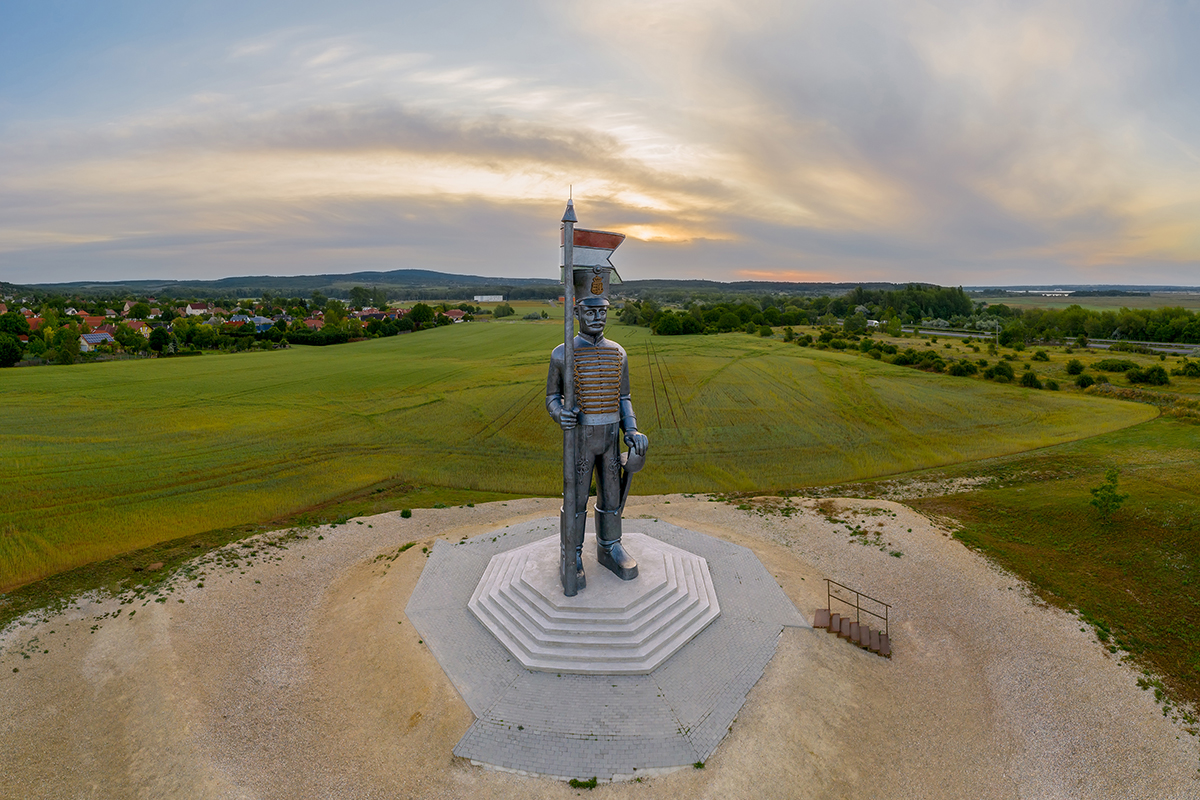 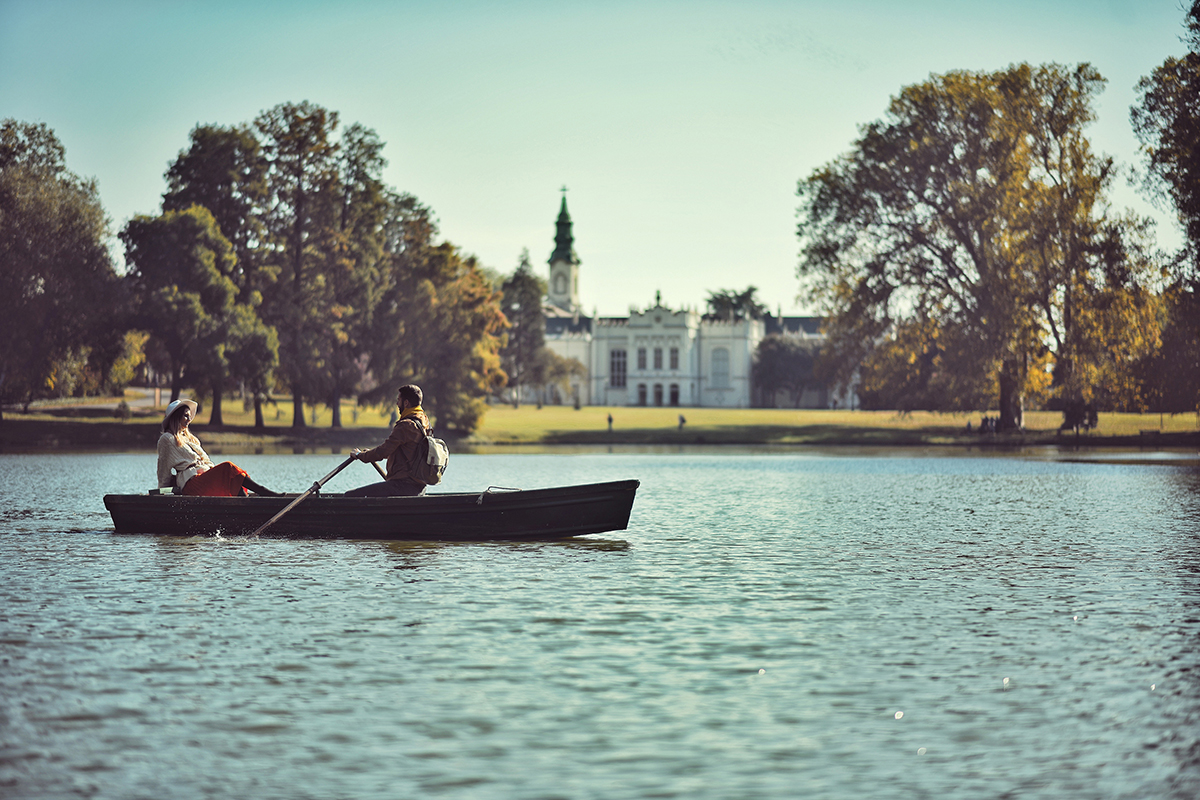 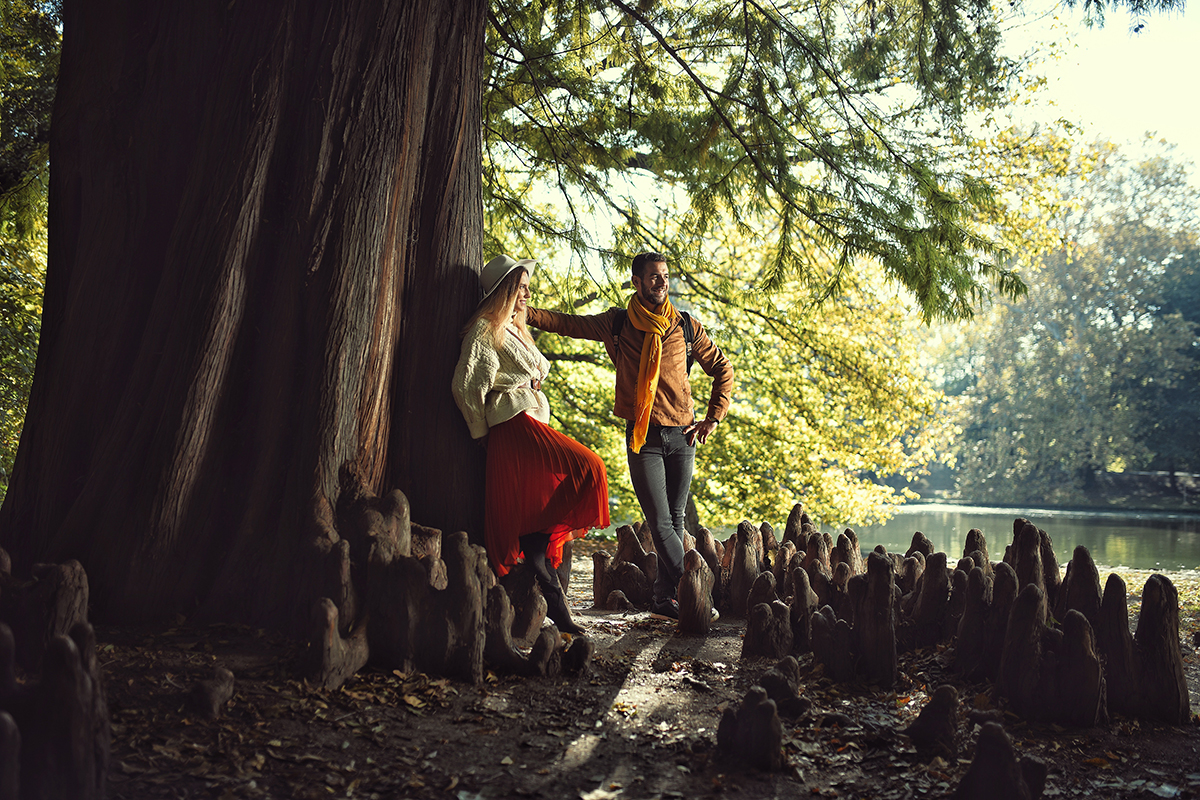 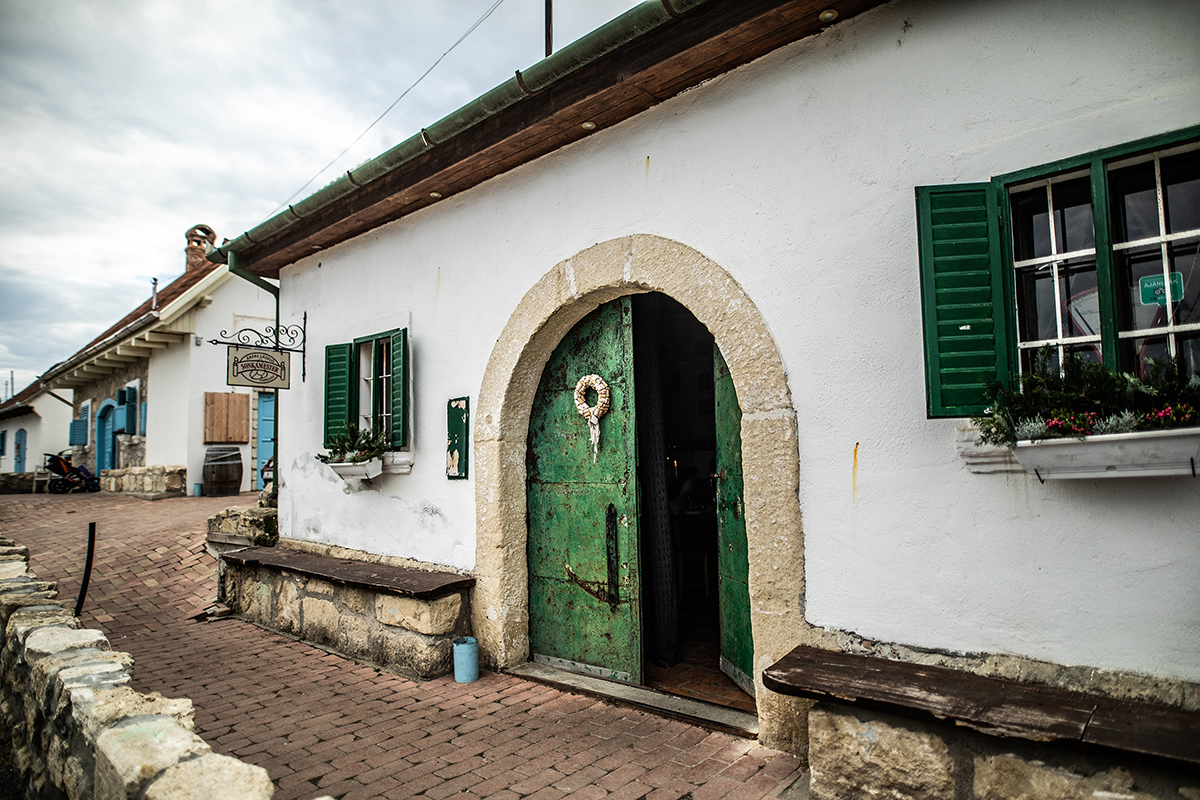 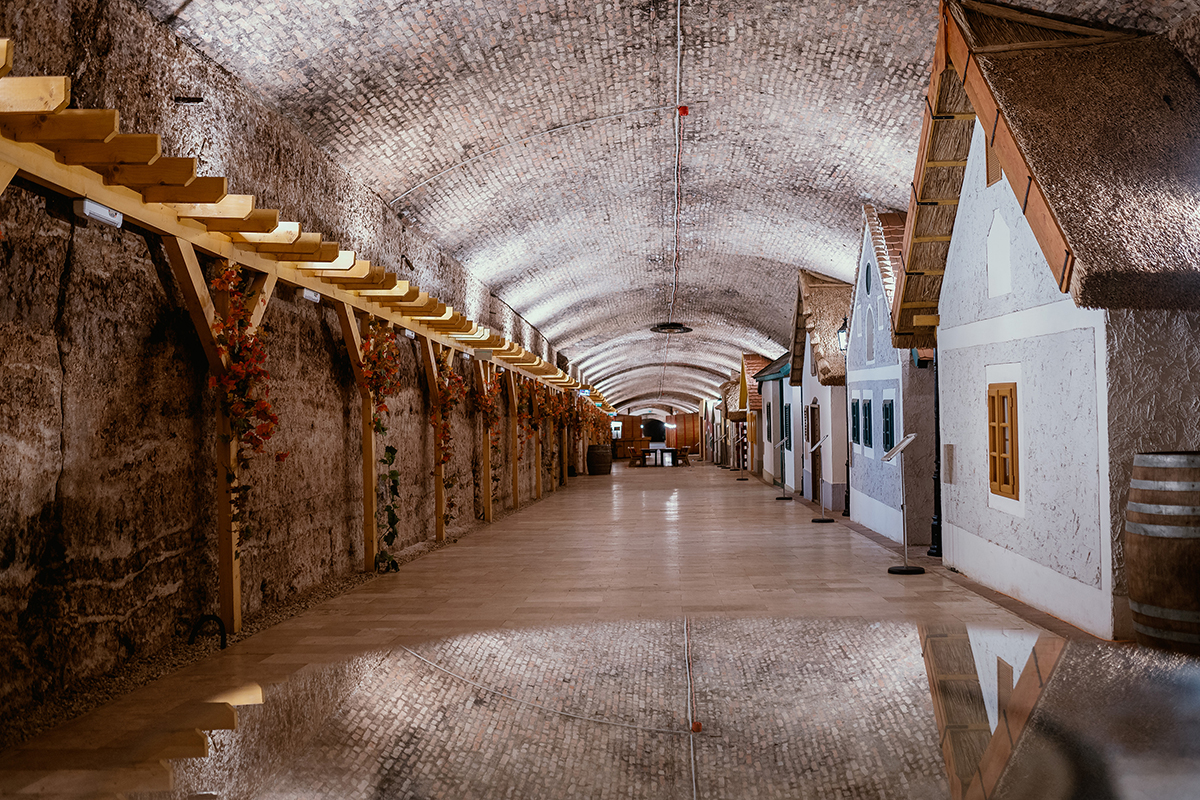 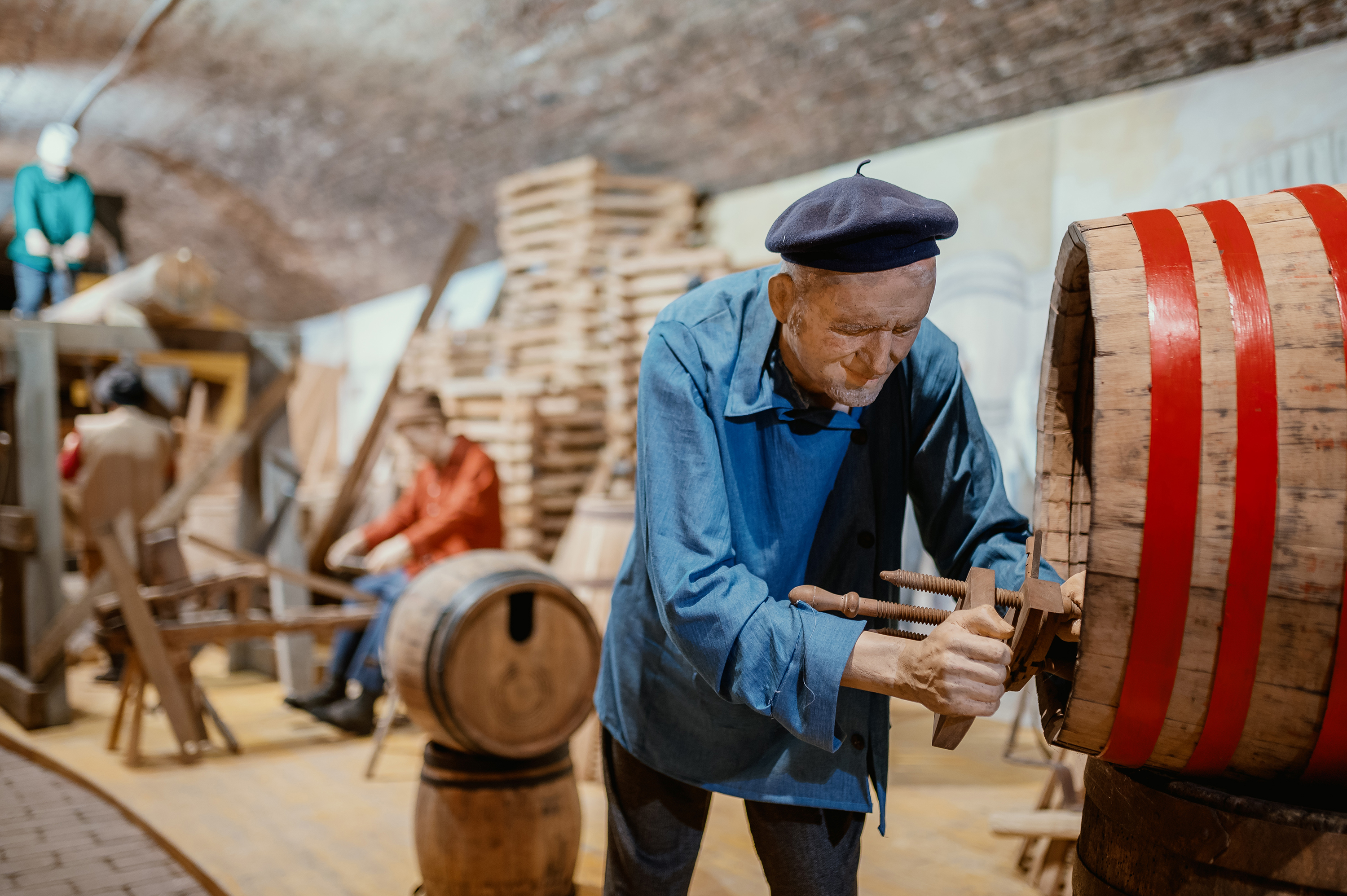 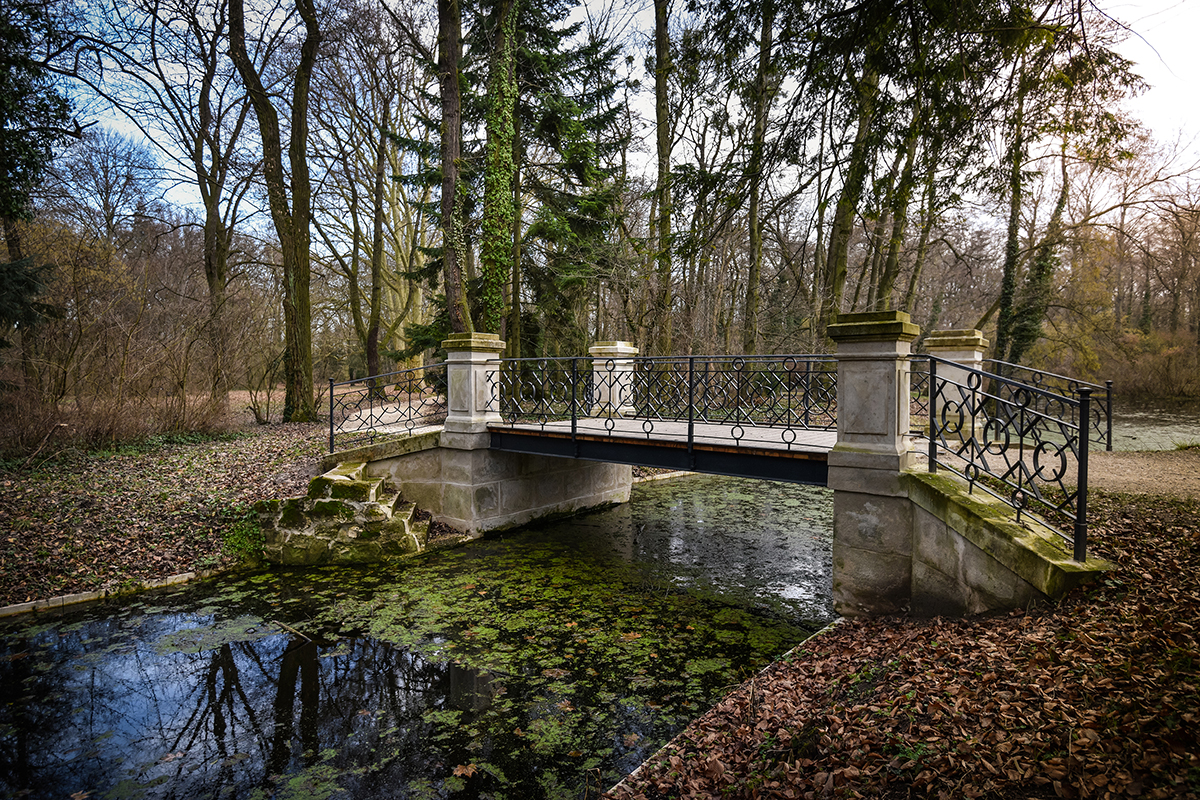 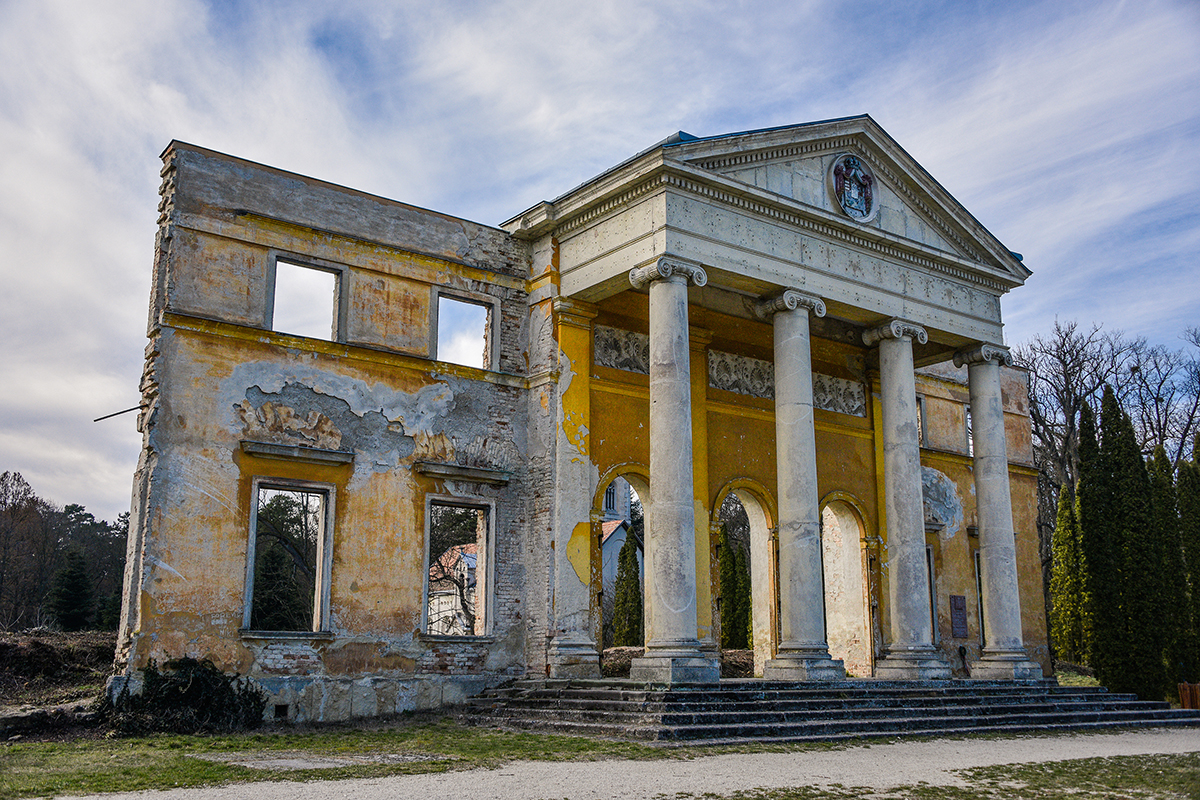 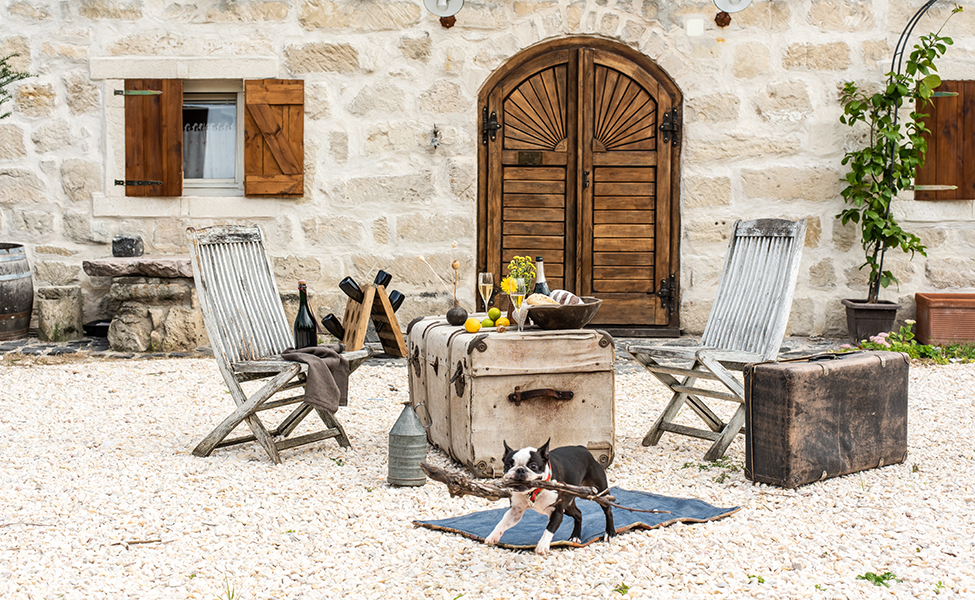 Explore the Budapest vineyards and discover the characteristic flavours of Etyek wines and bubblies! 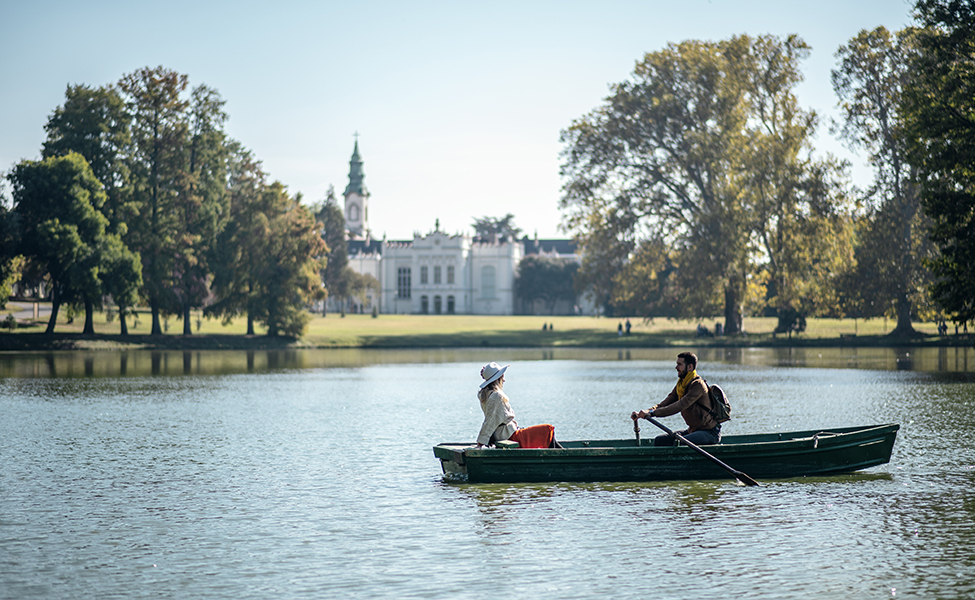 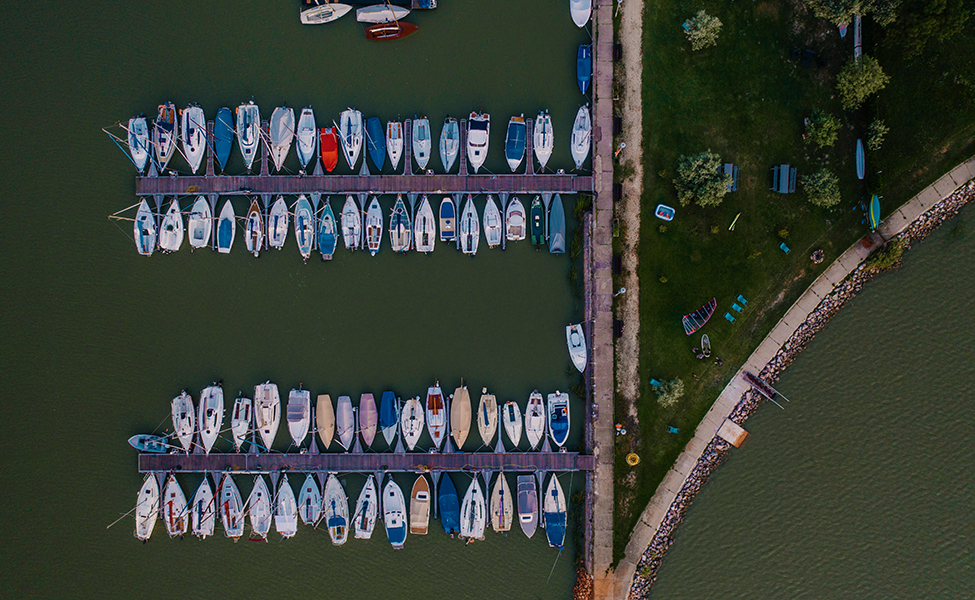 Visit Biatorbágy, admire the Vál Valley and discover Lake Velence and its surroundings! 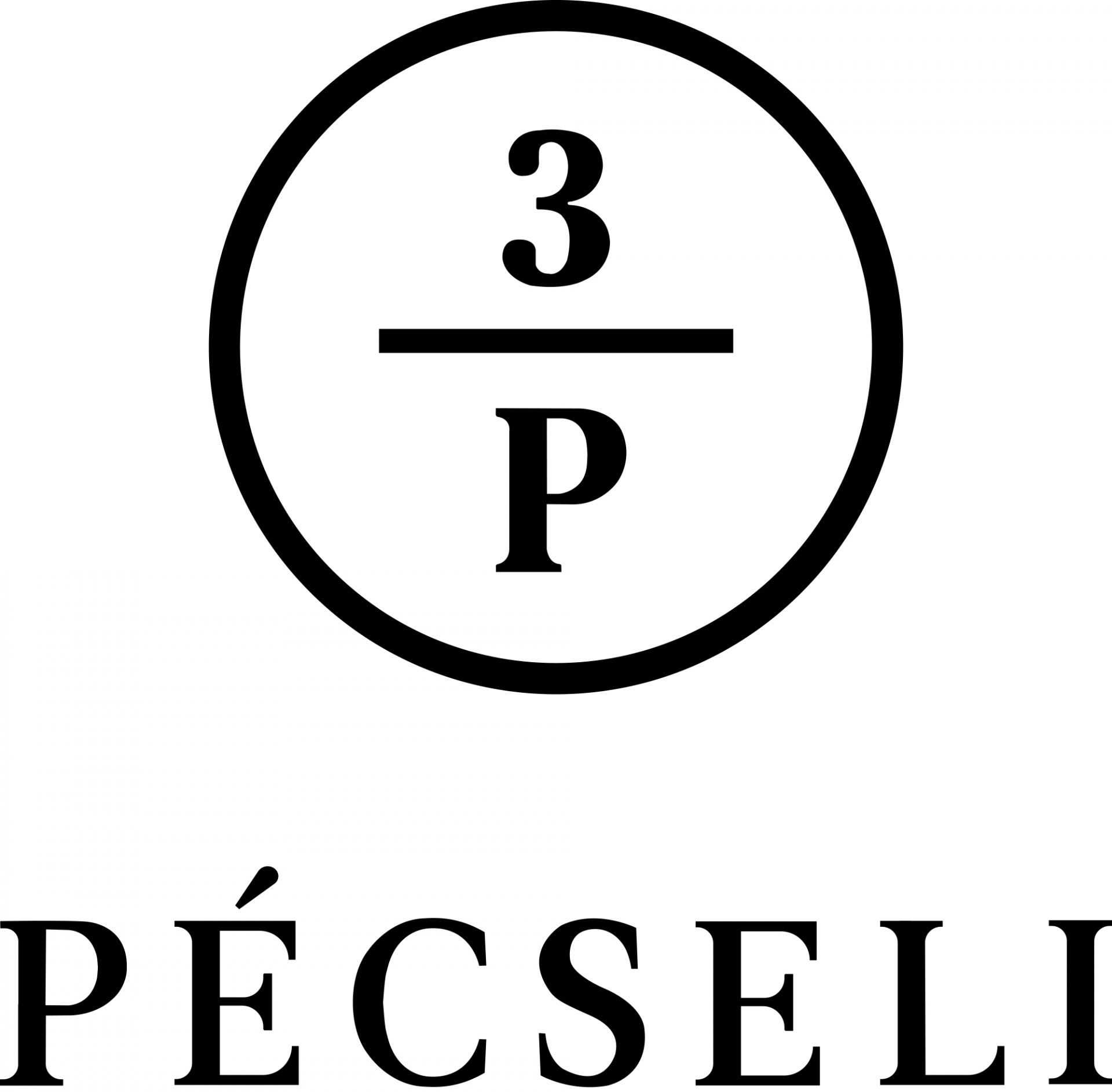 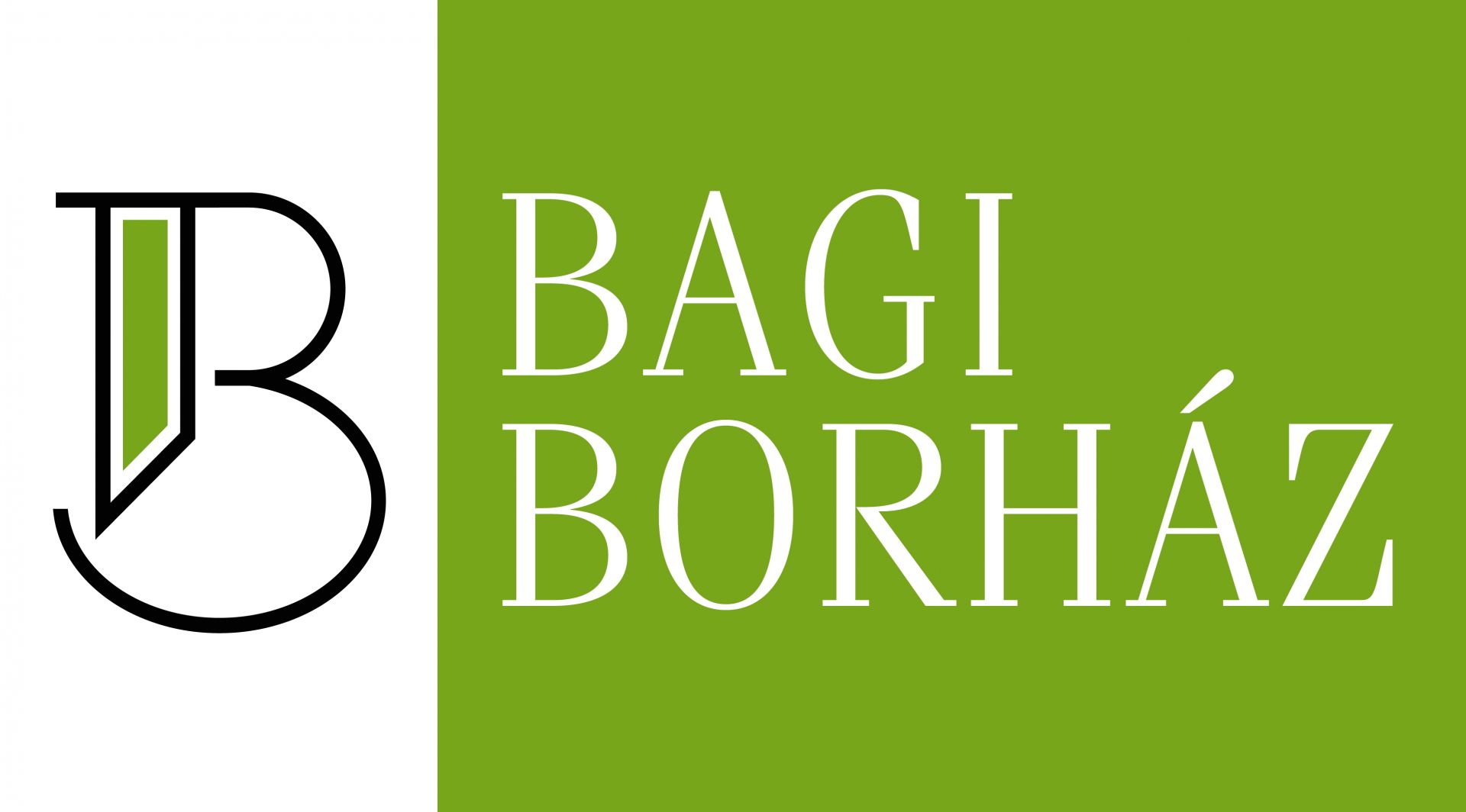 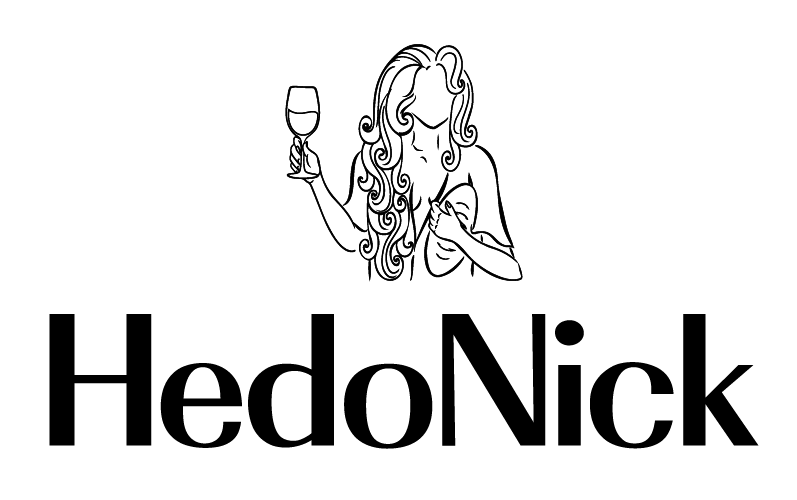 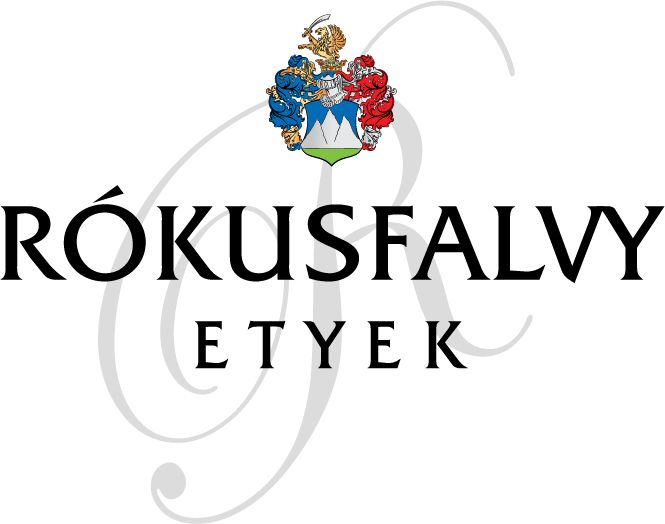 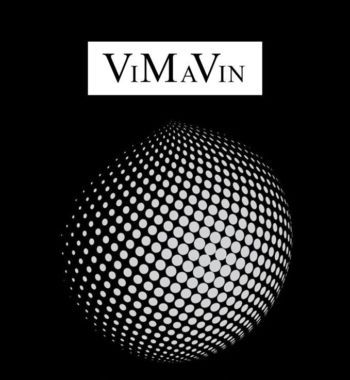 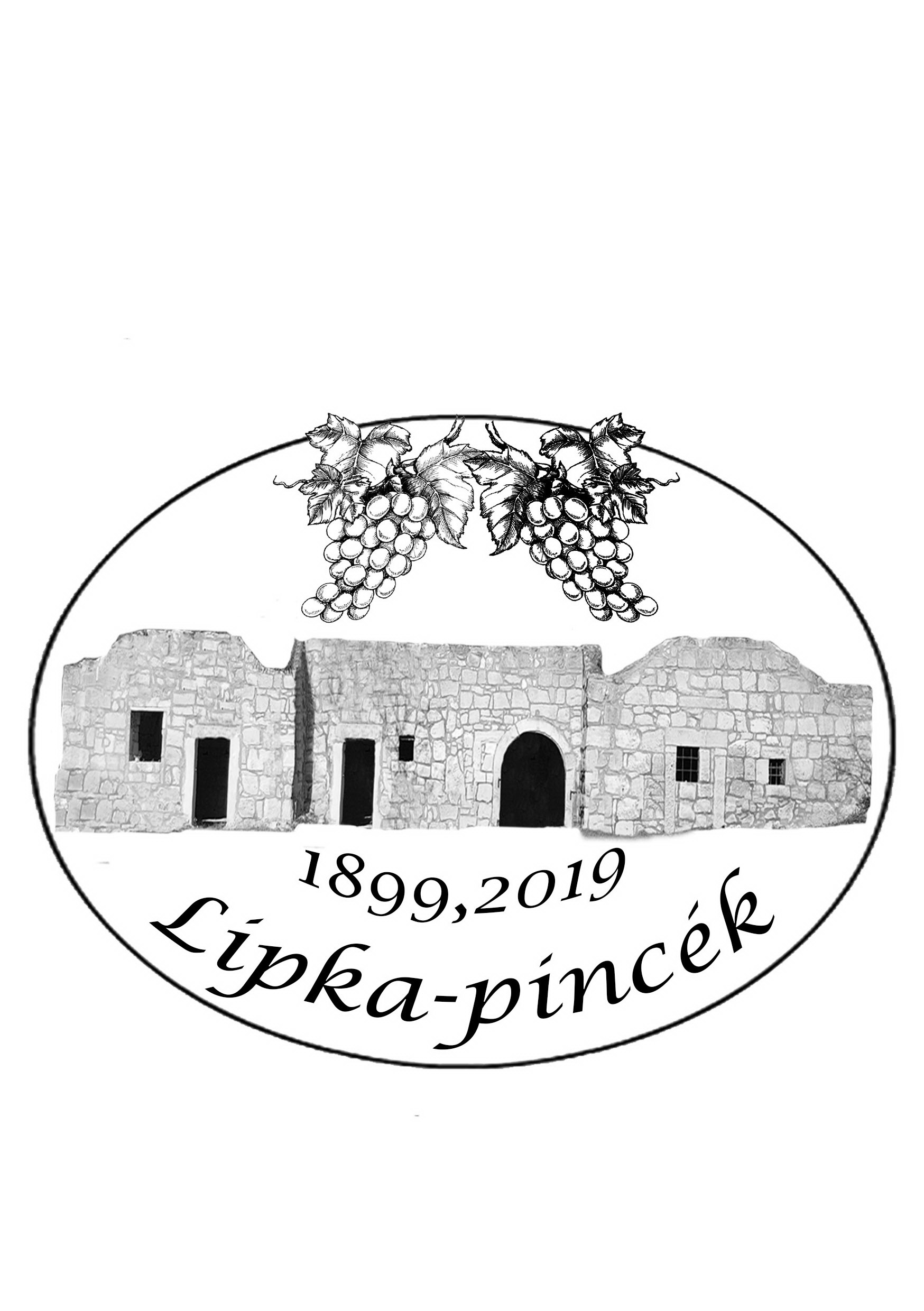