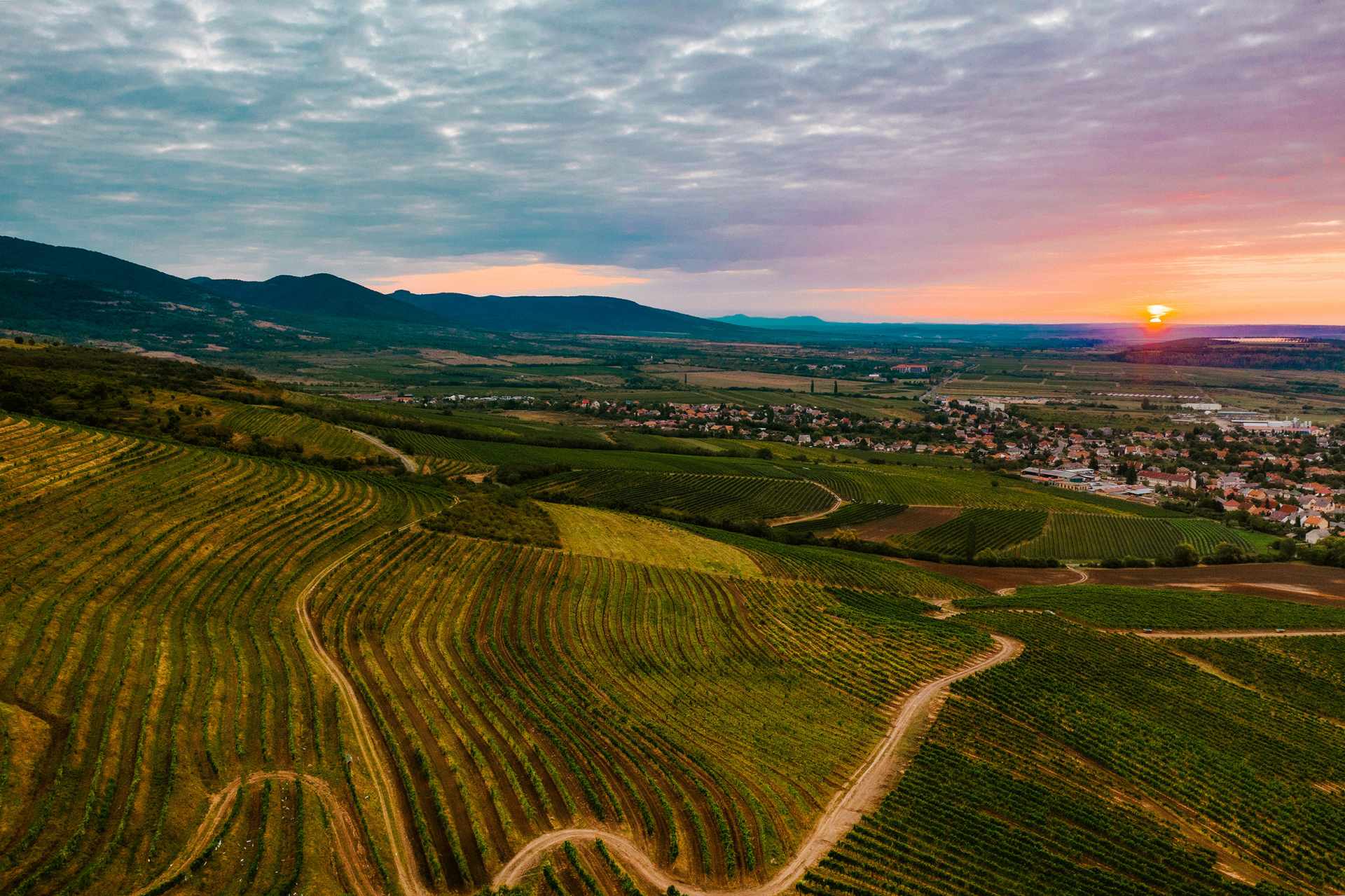 The Mátra wine district is, on one hand, the second largest wine district in Hungary, on the other, it includes not only the slopes of the Mátra but also lowland areas, the eastern foothills of the Börzsöny, the area of Vác and Veresegyház, and even part of Budapest.

The erstwhile centre of the wine district is Gyöngyös, where, legend has it that, during the great fire, the cellars were broken into and the flames extinguished with wine. The Mátra Museum is great for those with kids, while St Bartholomew’s Church is really spectacular – its tower was completely renovated last year and a panoramic lift was added to the south tower, while the church’s treasury is the second richest church collection in the country. The main square of Gyöngyös and the former synagogue are also beautiful, as are the nearby settlements, the actual core of the wine district. In Abasár, it’s worth climbing up, or going by car, to St Anne’s Chapel on Sár Hill to get a good view over the countryside. In Gyöngyöstarján, drive up to Fajzatpuszta beneath the forest to admire the privately owned chateau or look for the huge Haller cellar in the village. While in Gyöngyöspata, you can visit the 12th-century church and its Jesse Altar, depicting the family tree of Jesus, which is really unique. The Holló-kő (Raven Stone) awaits rock climbers on the edge of Pálosvörösmart, while the reservoir in Markaz tempts anglers, the castle in Kisnána is worth visiting, while in Heves, you can discover the Chess Museum, one of only four in the world. Nagyréde is not only famous for its wines, but also as “Mátra’s orchard”, where as well as the orchards, it’s also worth visiting the goat farm.

Nature lovers and hikers should visit one of the most romantic gorge valleys in Hungary, the Tarjánka gorge on the edge of Domoszló. You can only visit with a guide due to its highly protected wildlife and dangerous terrain, and only twice a year. Contact the Bükk National Park Directorate to find out when the next opportunity will be!

As Budapest-Rakósliget is now part of the wine district, we recommend paying for a so-called guided “city walk” in the 16th district. The Art Nouveau villa district of Mátyásföld is not one of the best-known sights in Budapest, but we guarantee that it will make your jaw drop by the end of the tour.

Leaving the vineyards and the wine district to the north, the road immediately begins to rise. There are numerous sights in the Mátra, including the highest peak in the country (Kékestető), where you can go skiing in winter. However, there are plenty of other outdoor recreation opportunities as well. The nearby Mátraszentistván ski park is one of the best equipped in the country; you can also take lessons there if you want. Galyatető is worth a stop for its grand hotel as well as its renovated lodge and lookout tower, while in Mátraszentimre, you should walk to the church of the three villages. For a real hiking experience, pack your pyjamas, a change of clothes and some water in your backpack, and head for Ágasvár, which can only be reached on foot. You can have dinner and breakfast as well as sleep and shower in the lodge, and the area is as quiet as only the forest can be!

The Oxygen Adrenalin Park clinging to the road from Gyöngyos to Kékes will provide enough adventure to fill the entire day, including its latest experience, the chair lift. The other side of the mountains boasts the Páloc House in Parad, the former Recsk forced labour camp (now the National Memorial) and, a little further afield, the small village of Szajla. The latter, although it boasts no sights, is still one of the best documented Hungarian villages, thanks to Imre Oravecz, whose poems and novel trilogy, A rög gyermekei (The clod children) turned Szalja into a mythical place. The Ilona waterfall in Parádfürdő, the Cifra Stable and Carriage Museum are also worth a detour, while neighbouring Parádsasvár is famous for its glass production and chateau.

If you leave the Mátra and head west, you can admire the Hunting Museum in Hatvan, the National Shrine and the Church of the Assumption in Mátraverebély-Szentkút, while in UNESCO World Heritage-listed Hollókő, you can admire the uniform Palóc village image and its castle. Near Szendehely (once again in the wine district, enjoy Nógrád Castle, wonderful steamed dumplings in one of Berkenye’s restaurants and the sights of Vác. These include the Church of the Whites, the Triumphal Arch (the only one in Hungary), the Cathedral, the medieval castle, the beach in summer and, of course, the Vác Mummies at the Memento Mór exhibition, which was even covered by American magazine, National Geographic. The Danube Bend is not far from here, and although it is no longer part of the wine district, it comes just after Vác and so it’s worth mentioning the Danube retaining wall in Verőce (the work of Miklós Ybl) and the Danube bank and houses in Nagymaros. The arboretum in Vácrátót boasts swamp cypresses as well as many other species of trees, while in Veresegyház, you can visit the bear farm, which is slowly becoming famous in Hungary. Finally, there is the aquapark with its slides in Mogyoród as well as Hungaroring and the annual Formula 1 race.

The Mátra wine district is located on the southern slopes of the mountains of the same name, i.e. not in the historical Palócföld; nevertheless, Mátra wines can be safely paired with the typical dishes of both the Palócs and the Slovaks living in the higher villages of the Mátra. But what does this mean in practice? The poor peasant lifestyle did not permit frequent consumption of meat, and traces of this have survived to this day in the region’s cuisine, where a large proportion of dishes are made with potatoes and cabbage. The white wines of the Mátra with their fresh acidity go very well with such dishes, while white wines with a little age also pair well with dishes with a touch of sour cream. The mountains boast plenty of wildlife, and red wines from the Mátra also work well with game meat and Hungarian style game stews. Many of the wine district’s restaurants are concentrated in Gyöngyös, but several wineries also offer light snacks made from local ingredients. Moreover, one of the wineries in Gyöngyöstarján now keeps some animals, so produces the raw ingredients too and can supply restaurants and others in the area with high-quality produce. Due to its size, the wine district also extends to near the Danube Bend, where you can find not only restaurants, but also small bistros and snack bars aimed at tourists.

Due to its size, or rather its extent, the Mátra wine district has wine events on offer many places, even in some areas that you might not realise are part of a wine district at first. Here, the year starts with the Chimney Cake and Wine Festival in Veresegyház, when you can not only smell the enticing smell of this popular cake in the cold, winter air, but also the scent of mulled wine spices. Musical wine lovers should visit the Abasár Military and Drinking Song Festival, where as well as the songs, there will be no shortage of wines, or maybe the Mátra Wine Days in Gyöngyös. In summer, Gyöngyöspata organises what is perhaps the most progressive event in the wine region, the Volcanic Wine Festival. All the Mátra producers could take part in this, as the Mátra is a volcanic mountain range, but instead of this, winemakers from other volcanic wine regions are invited to celebrate such regions together as well as top culinary names from different parts of the country to showcase their skills. At the end of summer, on the northern side of the mountains, there is the aristocratic sounding Parádsasvár Wine Festival and Palace Picnic to enjoy, while the traditional Mátra Harvest Days are held in Gyöngyös in September. The wine district’s year ends with the autumn Danube Bend Wine and Pálinka Festival on the banks of the Danube, in Vác’s Baroque town centre. 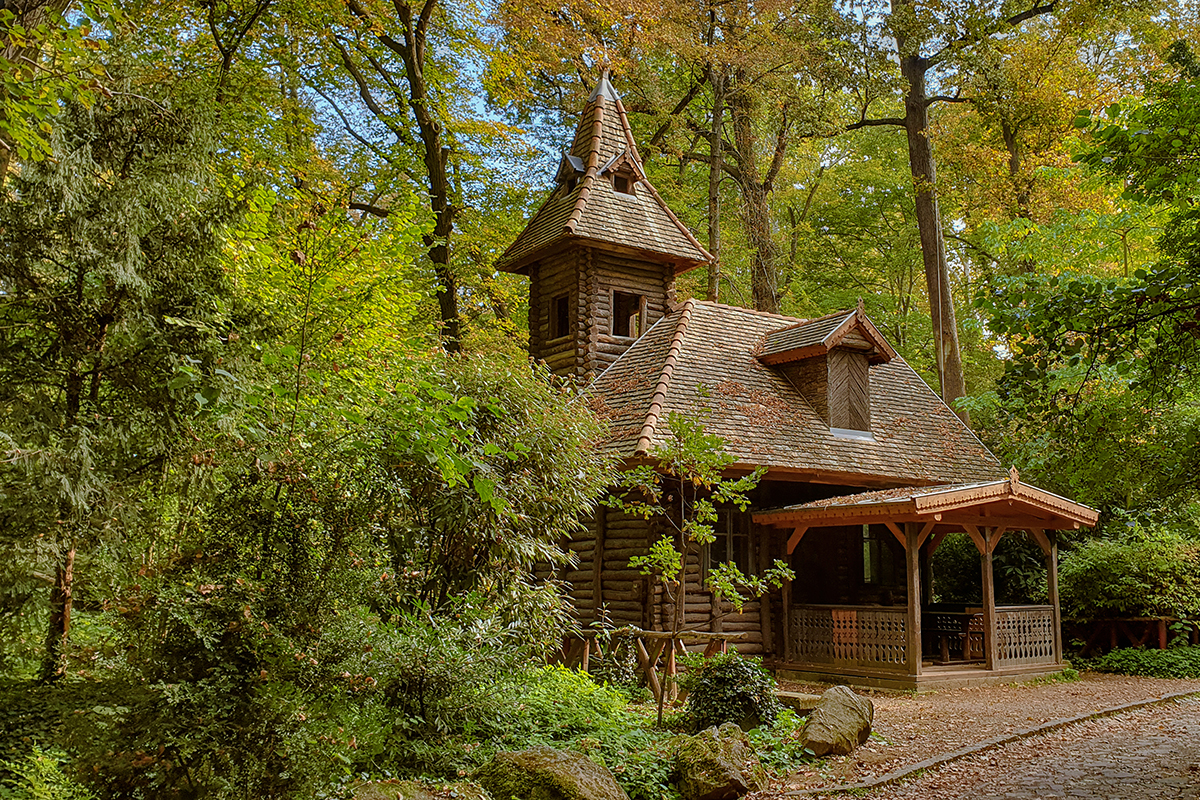 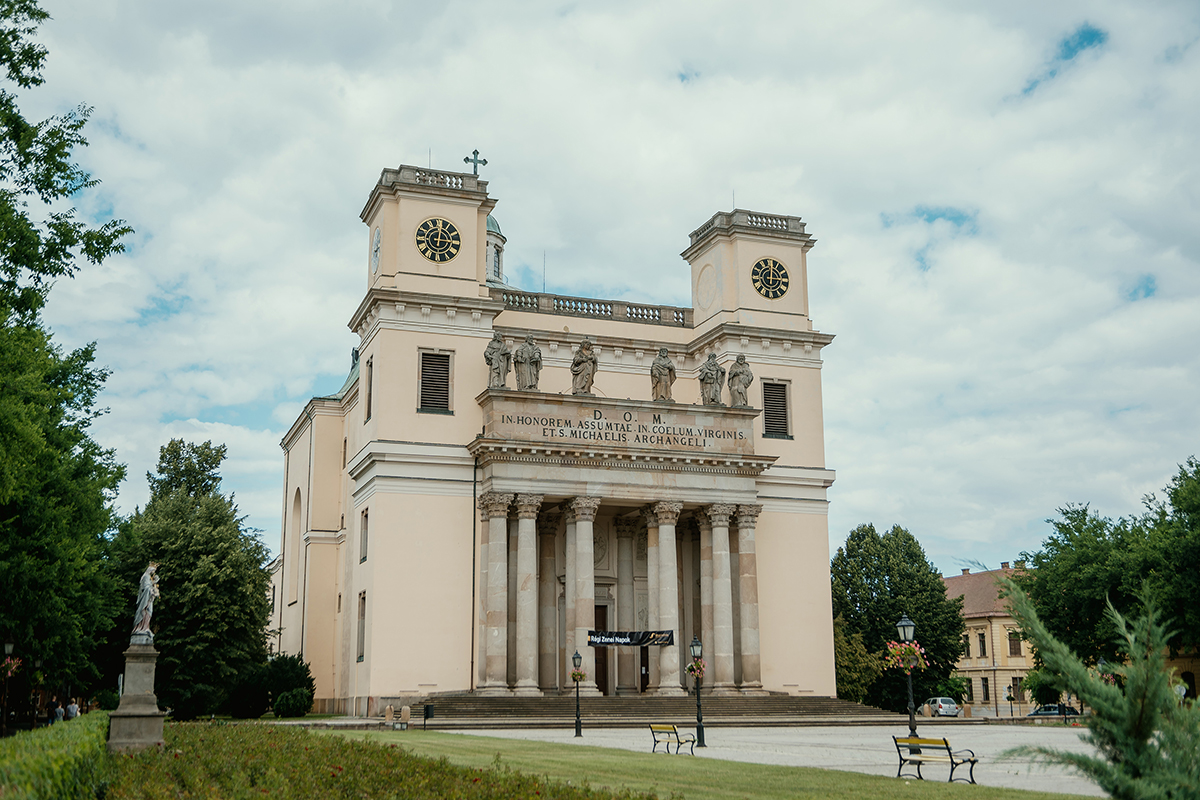 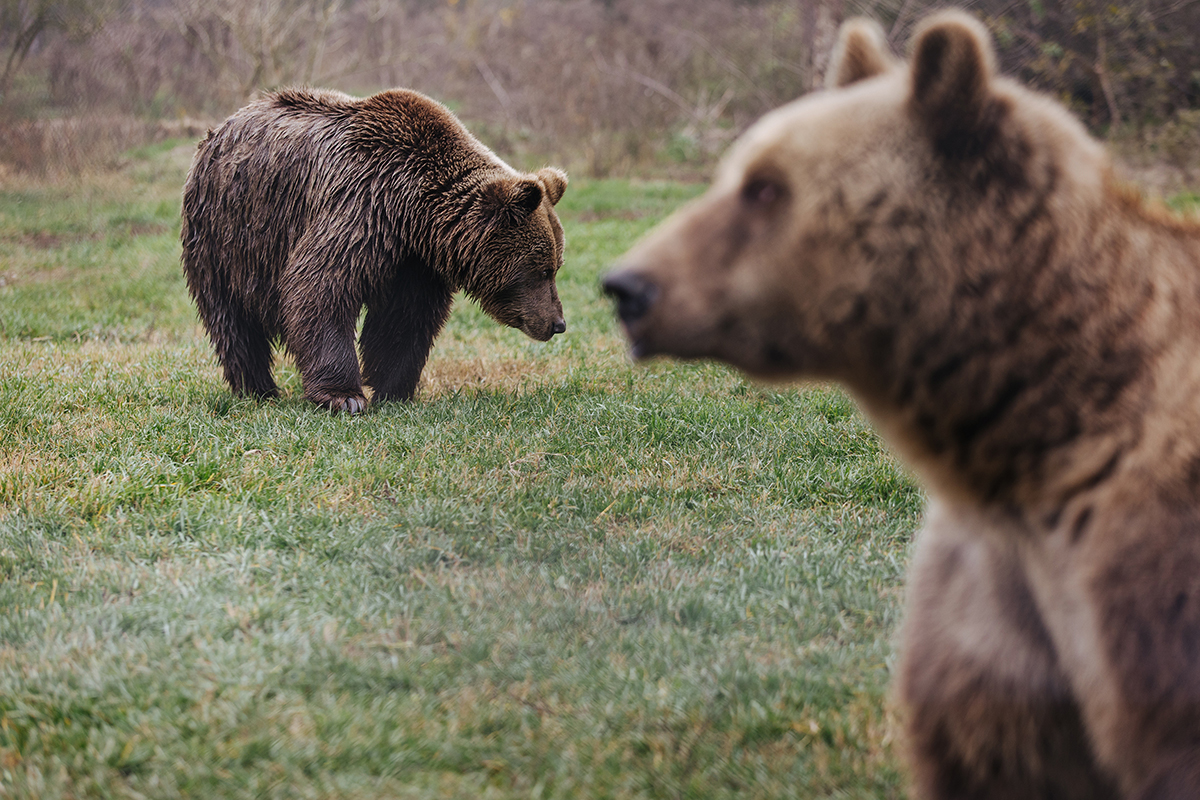 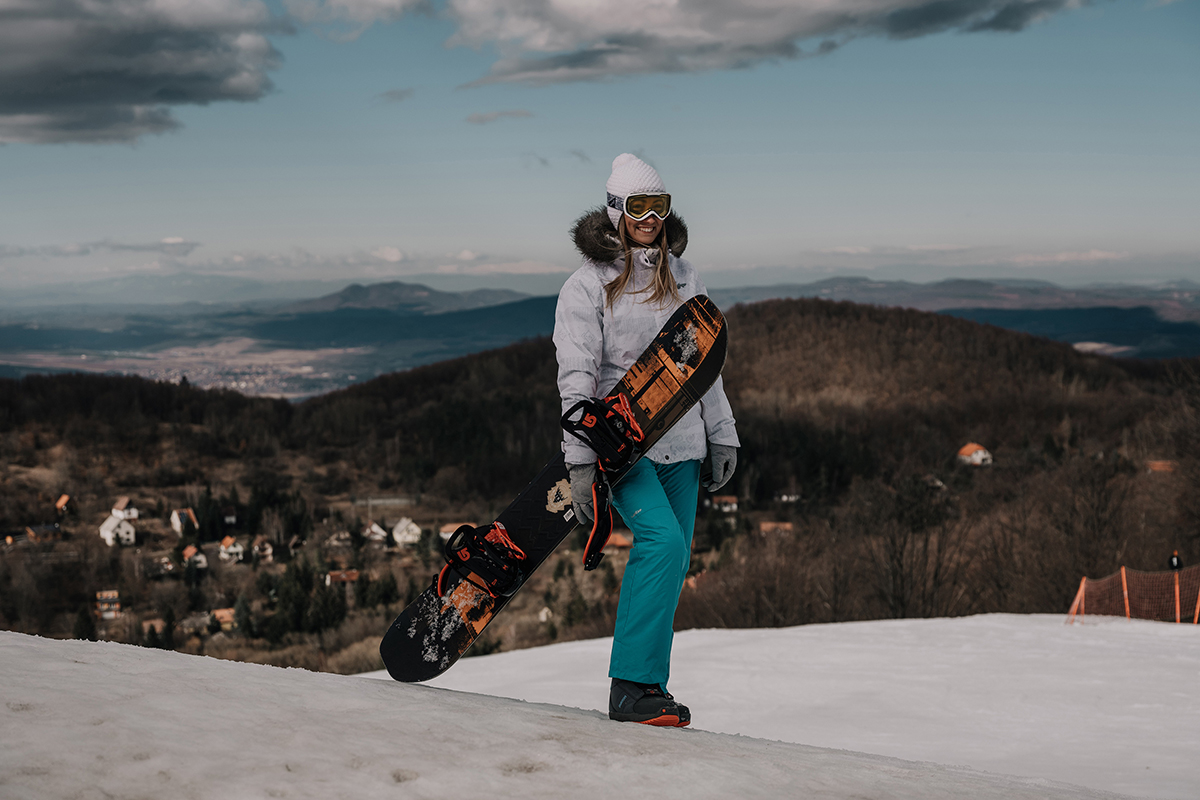 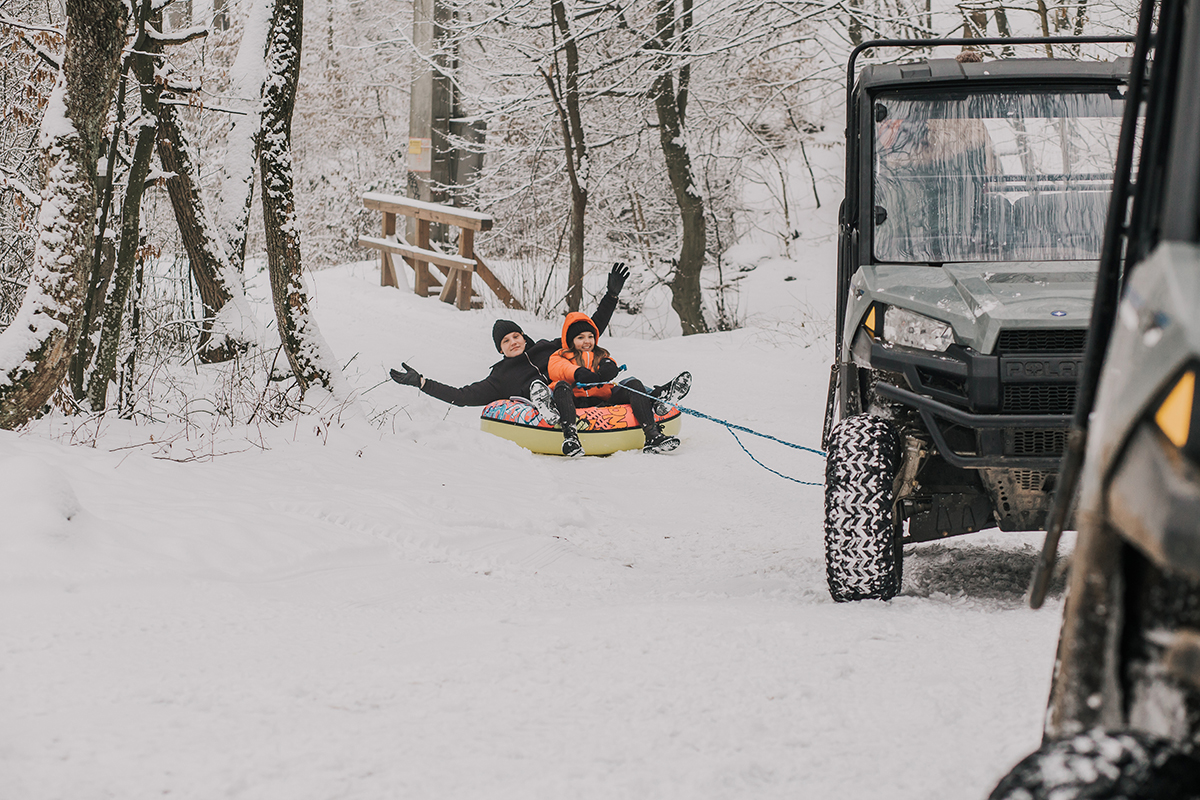 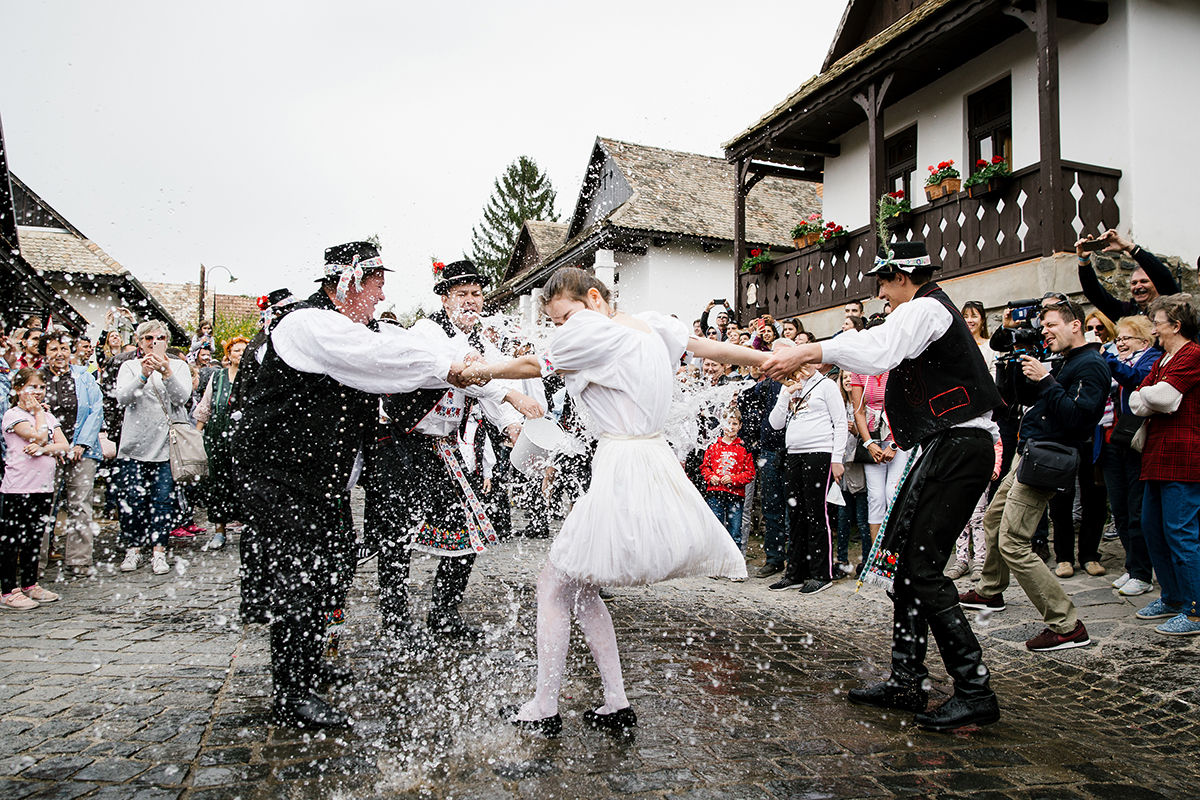 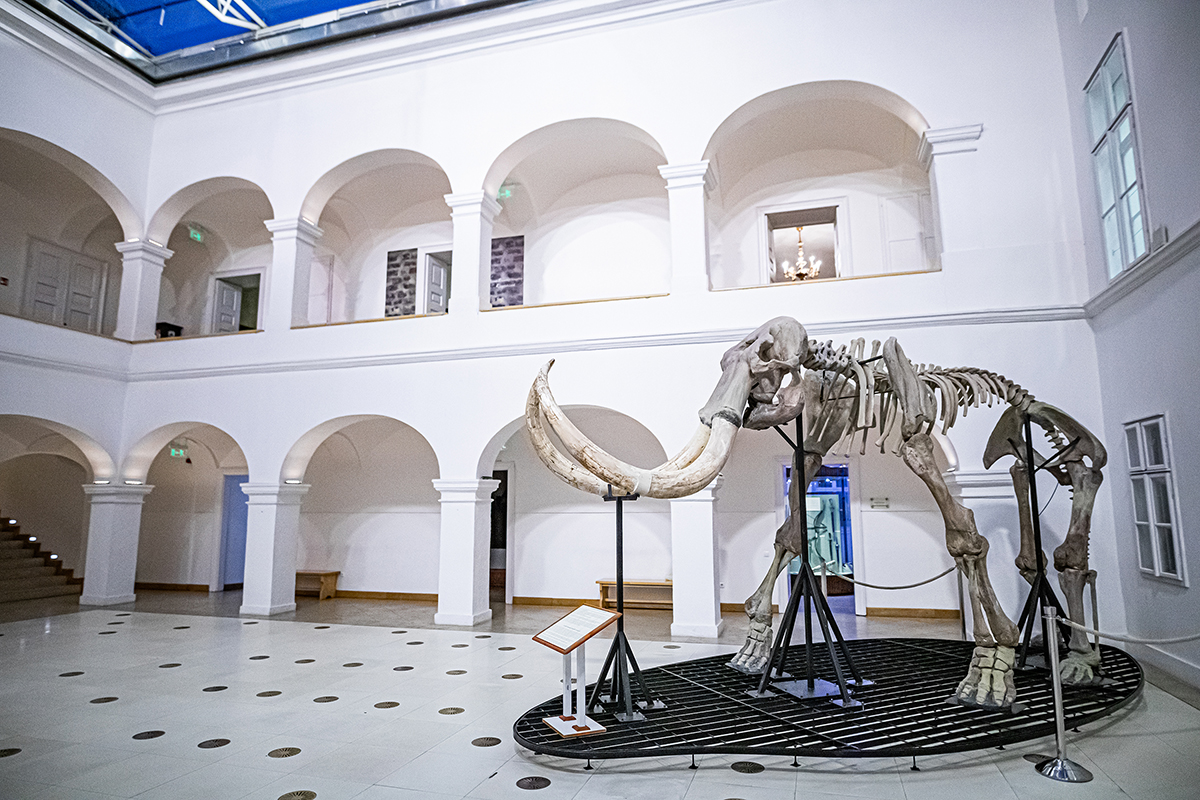 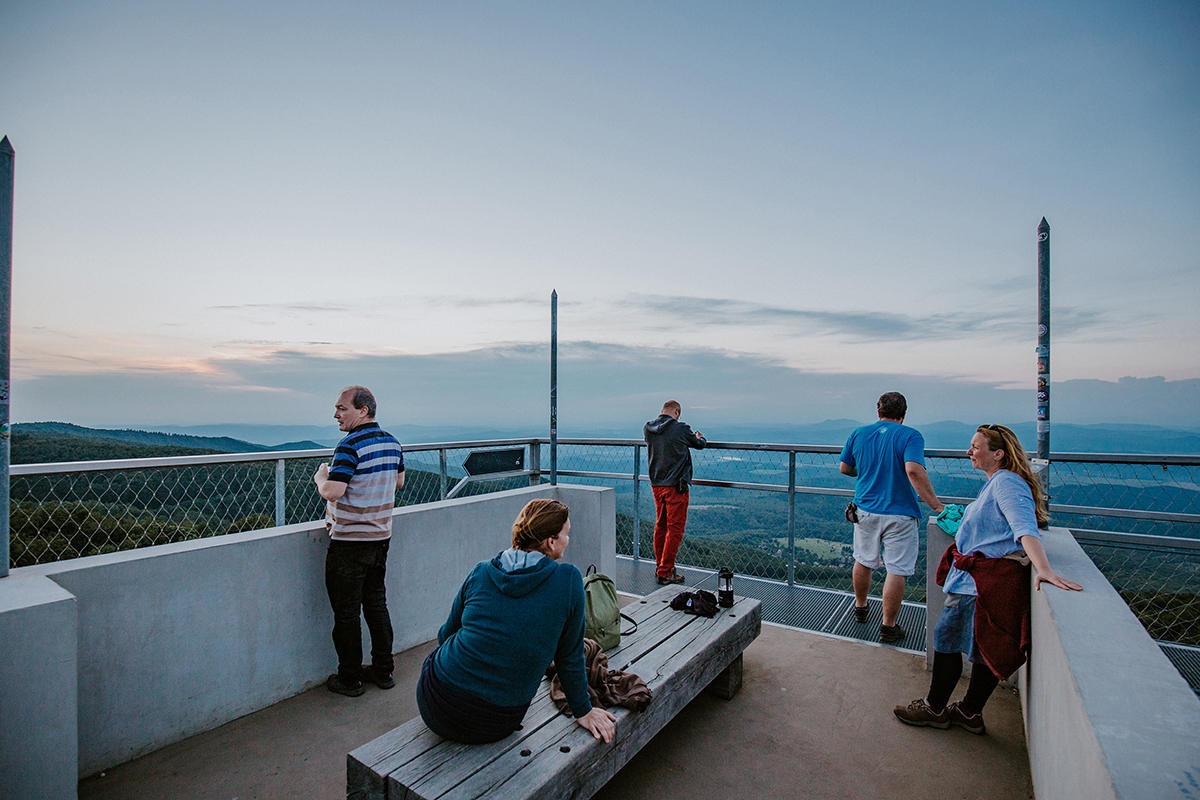 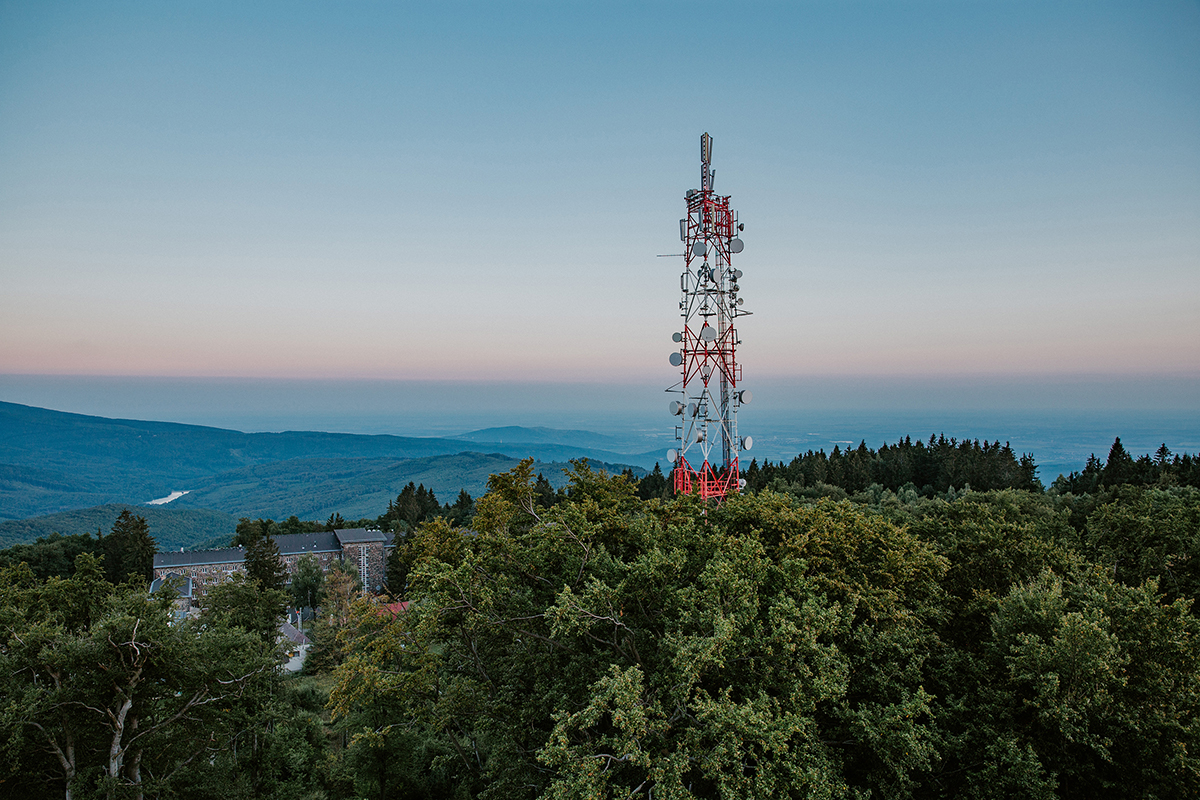 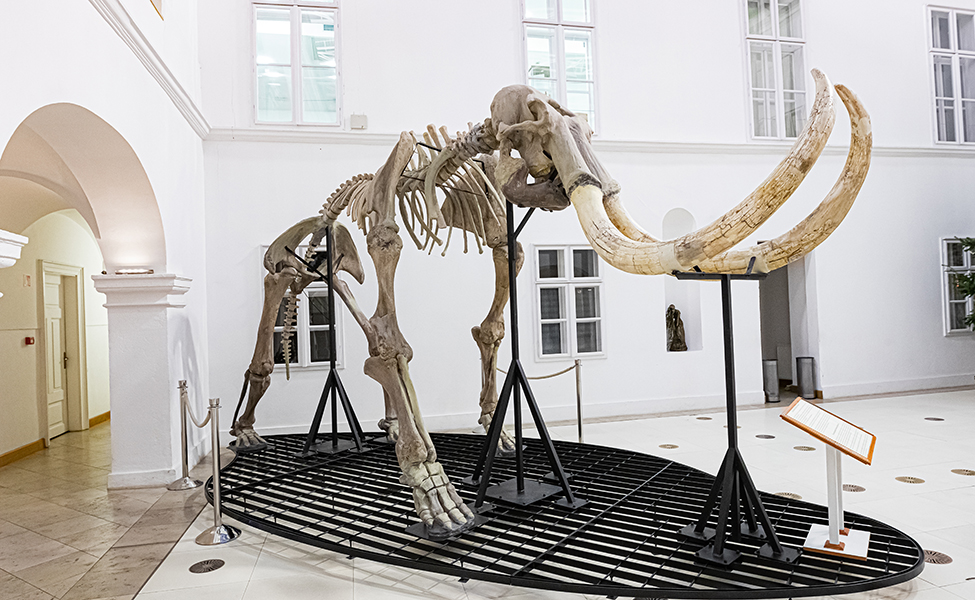 Admire Sár Hill’s vineyards and chapel, then take the Mátrafüred light railway to the Mátra Museum! 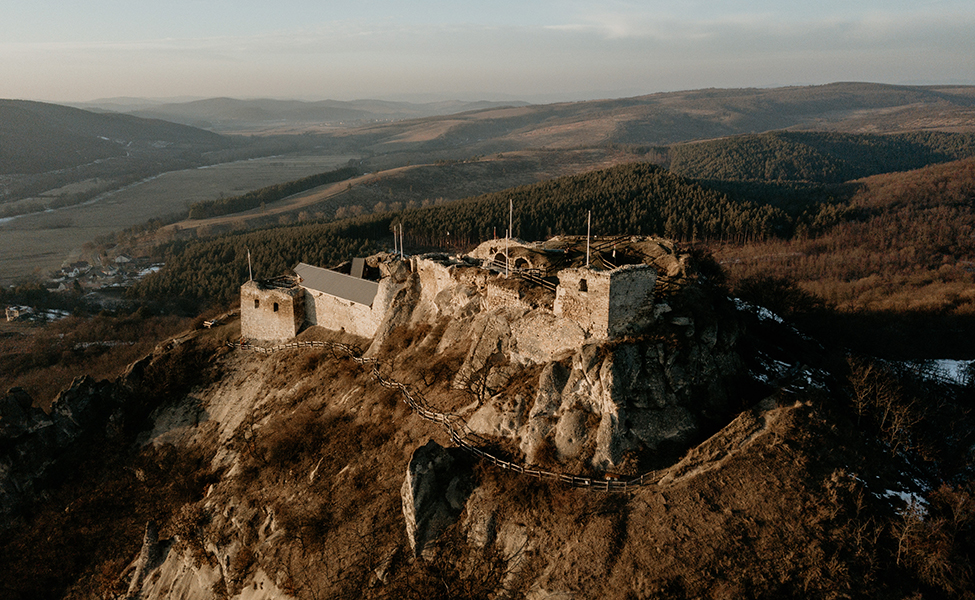 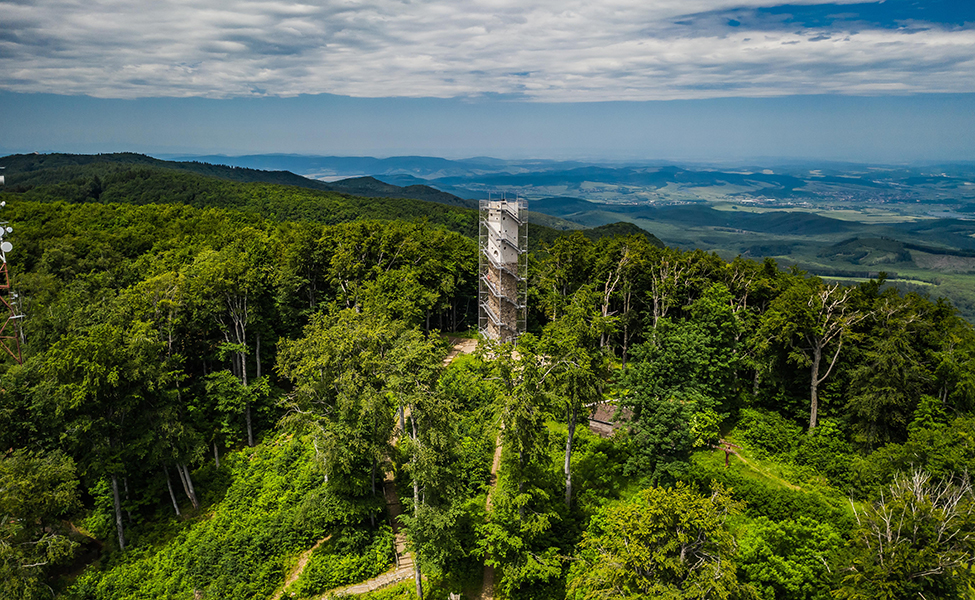 Admire the panorama from the Galya Lookout Tower and explore the Hatvan Game Park on Szúnyog Island!