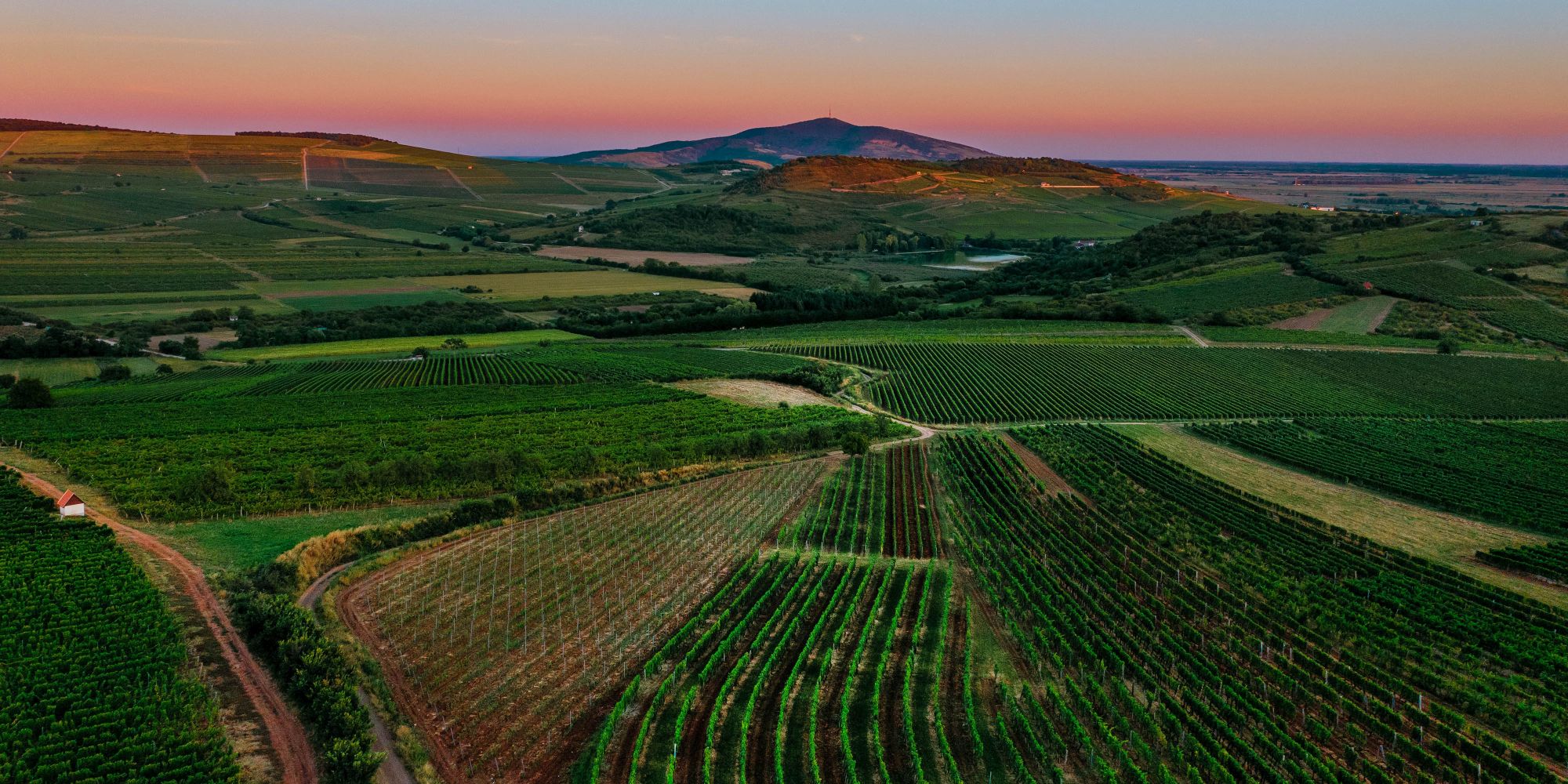 The world’s first closed wine region was established in Tokaj-Hegyalja and was named a UNESCO World Heritage Site in 2002. The area of the wine district is the same as that of the region, with 5,700 hectares under vine. The characteristic, iconic varieties of the wine region are Furmint, Hárslevelű and Sárgamuskotály.

The wine region consists of Tokaj and the surrounding 26 settlements. Its natural borders are formed by Sátor Hill, Kopasz Hill, the Tisza and Bodrog rivers. Its uniqueness means it is classified as a separate wine region. This includes, in particular, the local climate that promotes botrytisation, which is thanks to the protection of the Zemplén Mountains and the wetlands formed by its rivers.

The vineyards are located on extremely varied volcanic rock at an altitude of about 100-300 metres above sea level.