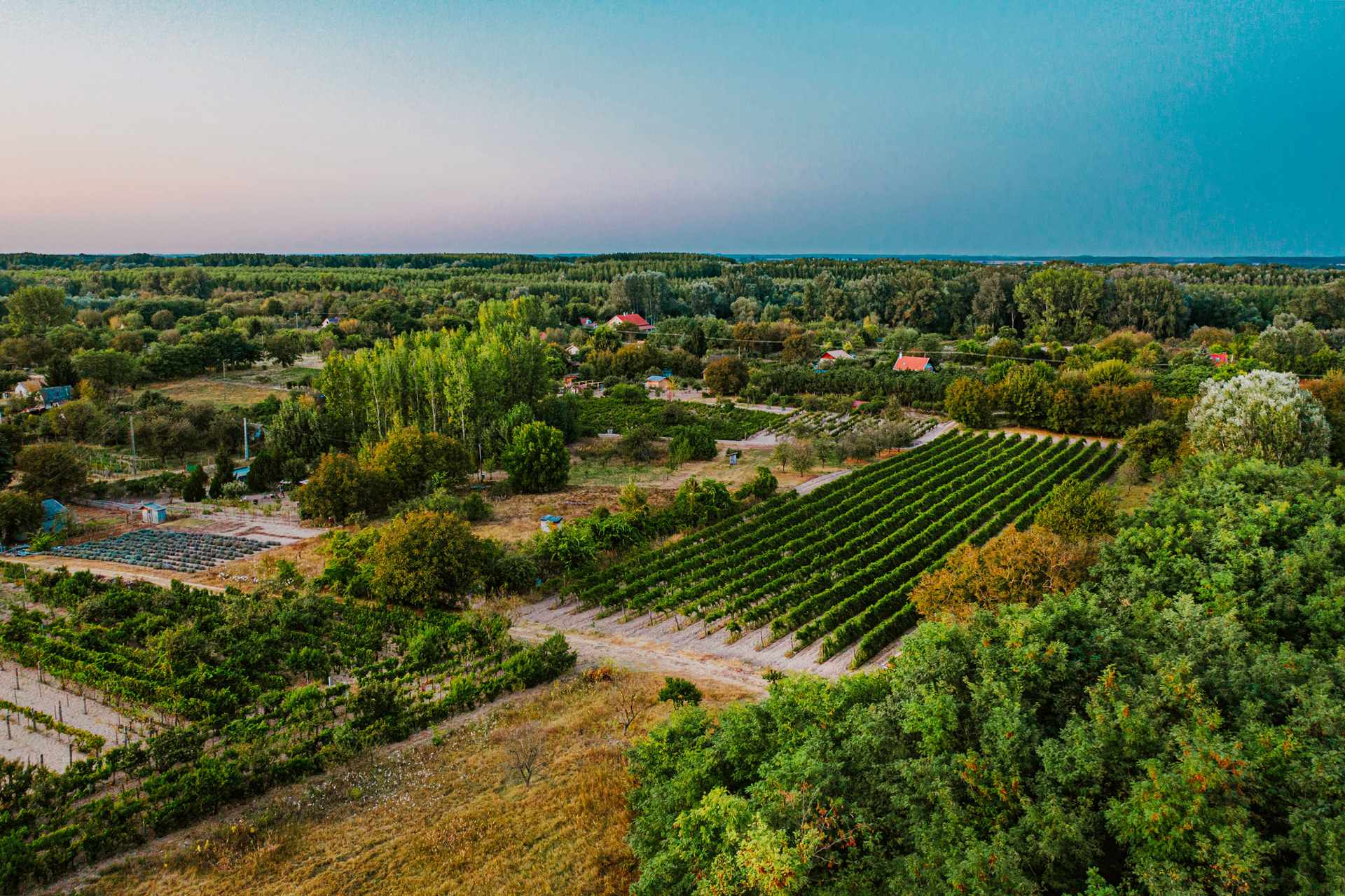 The Csongrád wine district is defined by three towns, Csongrád, Hódmezővásárhely and Szeged. These pretty much cover the possibilities, although Szeged has enough on offer to fill at least a week. The region also boasts thermal waters and family-friendly spas, so you could certainly spend a lot of time here...

Let’s start our journey of discovery in Csongrád, the town which lends the region its name and the venue for the Körös-Toroki Napok festival. The Körös flows into the Tisza here, with a huge sandy beach where they meet, to the great delight of beachgoers. It’s also worth visiting the area’s restaurants, especially the traditional fish ones, and tasting the local fish dishes. If you cross the Tisza, you reach Hódmezővásárhely just outside the wine district. Take a walk in the centre of Szentes and take in the beautiful building of the former synagogue, bathe in the Tisza in Mindszent and seek out the artist colony near the Holt-Tisza in Mártély. One fascinating sight in Hódmezővásárhely is the flood defence wall, which is unique among the towns of the Great Plain. It was built following the line of the former Lake Hód, so nowadays this is perhaps the only trace that Hódmezővásárhely was once surrounded by water on all sides. The town had harbours and a lively water trade! The Reformed Old Church bowls you over with its interior, while the Reformed New Church does the same with its exterior appearance. The town hall, synagogue, embroidery workshop and pottery works are also worth a stop. Then go and visit the János Tornyai Museum or the Memorial Point. Despite its name, the latter is not a recent selfie spot, but rather an overview of Vásárhely between 1945 and 1990. The museum attempts to present and process history in a particularly unique way for rural Hungary. 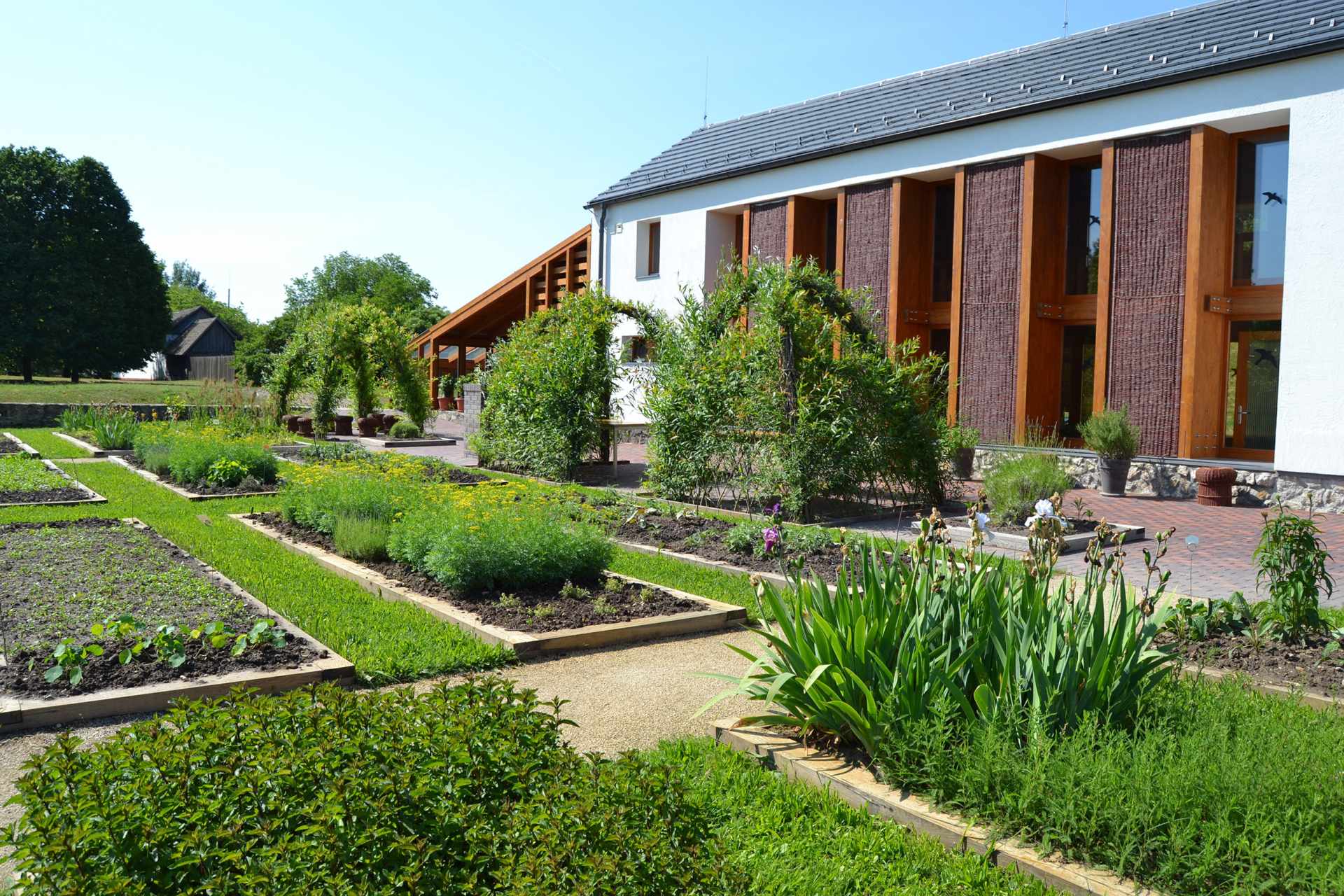 Every autumn, there is a night performance tour entitled Man on the Dam (Ember a gáton) from Mindszent to Szeged, which takes place on dry land and on the water. Depending on the weather, the latter offers a good opportunity for a half night of rowing by headlamp, and if you are unlucky, in cold, torrential rain. The eternal memory of someone who once did it!

Near Szeged, the Ópusztaszer National Memorial Historical Park presents the age of the Hungarian conquest; this is where you can also see the Feszty Panorama. Lovers of quiet spas will enjoy Algyő, while the Hagymatikum in Makó is a place of pilgrimage for Makovecz fans. You could also visit Kübekháza, where some locals have opened a biscuit manufactory called Kübecker and also run a café. Mórahalom is not only popular because of its baths, but it is really a “spa town” where countless visitors come to relax.

The region seems to be the land of “dams”, so this tip is quite similar to the last. Fans of Attila József have already covered the distance on the embankment between Makó and Szeged several times, while brave people, have also done it barefoot, like Attila once did, to commemorate the day from which Attila József considered himself a poet.

There could be about a hundred tips for Szeged, so here are just a few. The city’s Art Nouveau architecture is uniquely rich and will not disappoint those interested in it. The Serbian church is truly beautiful, and if you want to take a dip in the Tisza, ask the locals about the “Sárga”. The Vadaspark offers a great full-day programme for those with children. Fish soup fans could try out all the fish restaurants, such as the Öreg and Kiskőrössy fish restaurants, the Fehértó restaurant and the fish restaurant on Roosevelt Square, which the locals call “Sotartó”, or Salt Holder. For some more engrossment at the end of the day, head to the Franciscan church and convent in the lower town.

And finally, to the centre of the region, the capital of the Southern Great Plain, the City of Sunlight, Szeged. It’s a bit of a cliché to start your acquaintance with the city on Széchenyi Square and then continue on to Kárász Street, but it is really the best way to get a quick impression. Have a coffee in the legendary Virág Confectionery, wander along the banks of the Tisza and go to a play in the evening, whereas in summer, enjoy theatre under the stars at the Szegedi Szabadtéri Játékok and try a cake from the confectionery at the bottom of the Reök Palace after visiting the building’s exhibitions. Have fun with kids on the slides at the Napfényfürdő Aquapolis or soak yourself in the pools at the Anna Baths, marvel at the height of the Water Tower or the beauty of the synagogue, go into the cathedral and listen to Mass and after lunch, you could add to your Szeged experiences by reading Darvasi’s novel, The Flower Eaters.

The Csongrád wine district is located on the Great Plain, although its cuisine is not defined by it, rather by the Tisza. Tisza, or more precisely Szeged fish soup is familiar to everyone throughout the country, whether they actually like it or not. Moreover, the difference between the Danube, or Baja, and the Tisza, or Szeged, recipes has led to eternal and irreconcilable differences between fish soup makers. The Szeged version is cooked twice and fish is added to the base broth, which makes the fish soup thicker and perhaps a little darker brown in colour than the Danube version. Putting pasta in the Tisza fish soup is a sacrilege; however, Kadarkas produced from the sandy Csongrád soils pair beautifully with the soup, as long as you don’t like the dish with hot paprika! Onions from Makó were also traditionally used to make Szeged fish soup! Groats and potatoes, but more usually egg barley, have always been a good accompaniment to the paprika-flavoured dishes of the Great Plain, while, after the spread of the spritzer culture, the farmers of these sandy soils often made ice cold spritzer from Kövidinka. Wine tourists can also take the famous Szeged paprika home, not only as a gift but also as an ingredient for home cooking, as well as perhaps the city’s most famous product, Pick salami. The culinary centre of the wine district is Szeged, where there is a restaurant, bistro or snack bar for everyone, although you won’t be disappointed either if you want to have lunch in Csongrád or Hódmezővasárhely.

The paradox of the Csongrád wine district is that although relatively few nationally known wine producers are based here, and perhaps this is why there are fewer wine events than you might expect, one of the largest and best-known wine events in the country takes place here, none other than the Szeged Wine Festival held at the end of spring. At this time, wine lovers can taste the wines from more than a hundred producers for a whole week in Széchenyi Square, with concerts one after the other and Szeged’s city centre providing the backdrop. While not only the guests of neighbouring Mórahalom’s thermal spa look forward to the Homokhát Concourse, where, although wine does not specifically take centre stage, the area’s producers will ensure that none of its visitors go thirsty. Towards the end of summer, Hódmezővásárhely and Csongrád also organise their own wine festivals; both offer visitors good food, great concerts and delicious wines. Hódmezővásarhely’s is organised in conjunction with the town thermal spa, while Csongrád’s with the sandy beach at the mouth of the Körös. Events in the wine district conclude with the Szeged Wine Square in autumn, which is traditionally held in Cathedral Square, to the delight and satisfaction of Szeged’s residents and university students. 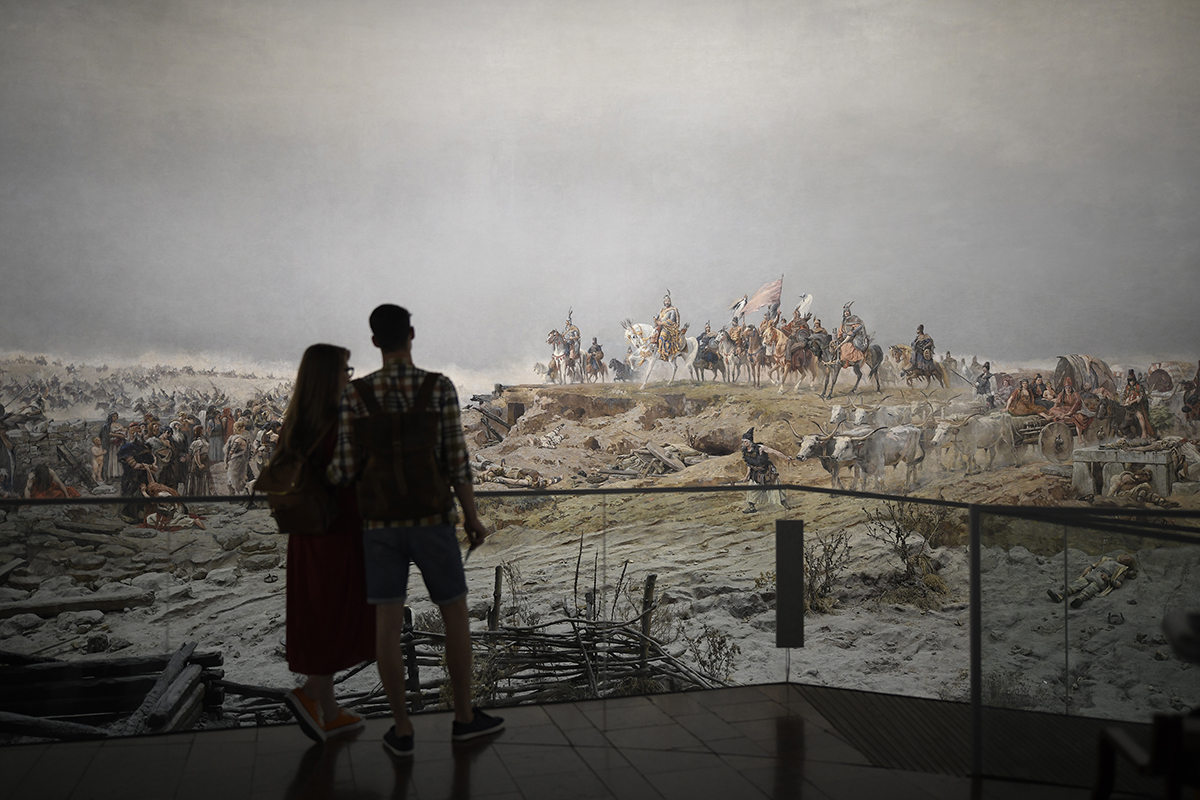 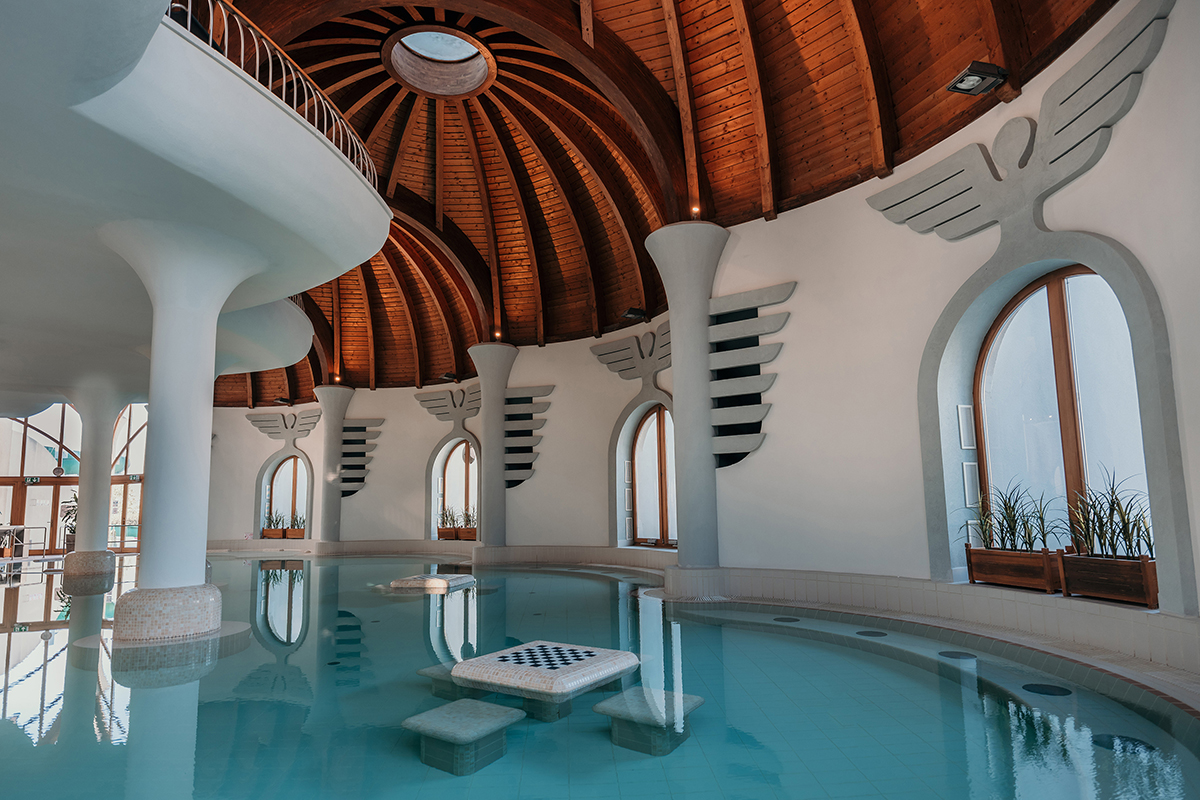 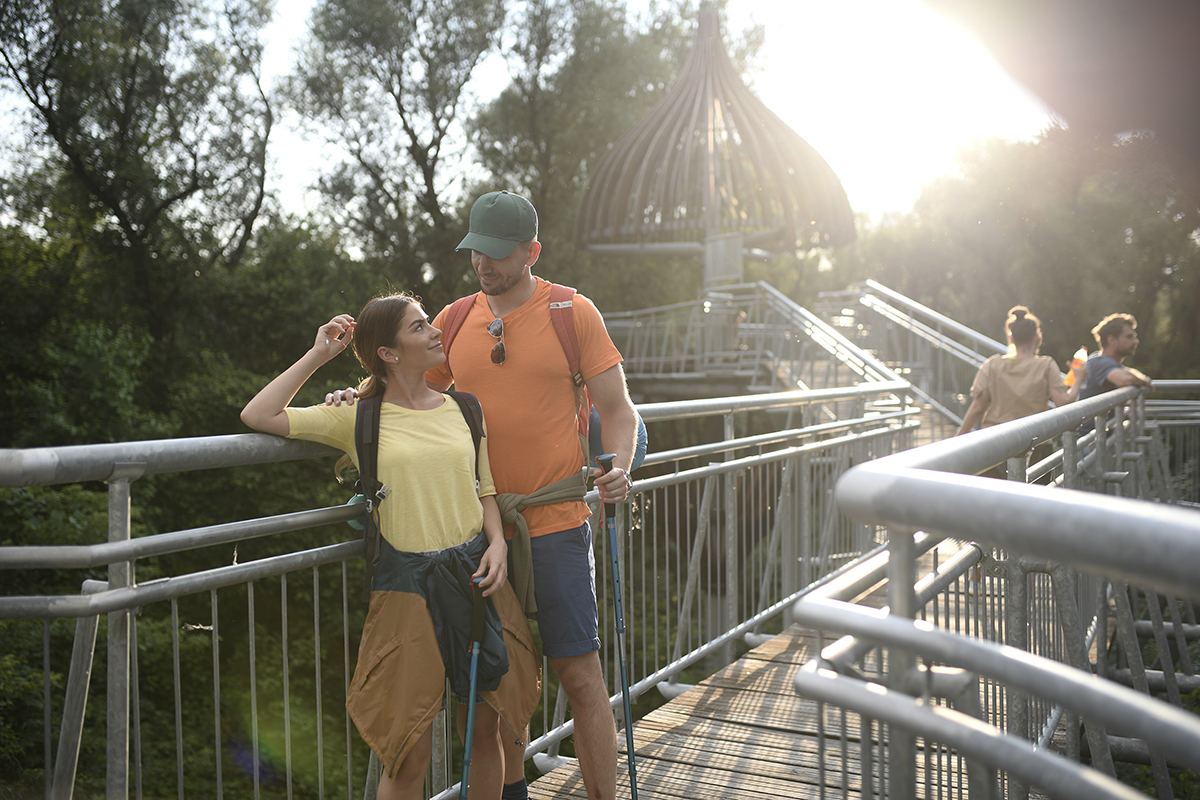 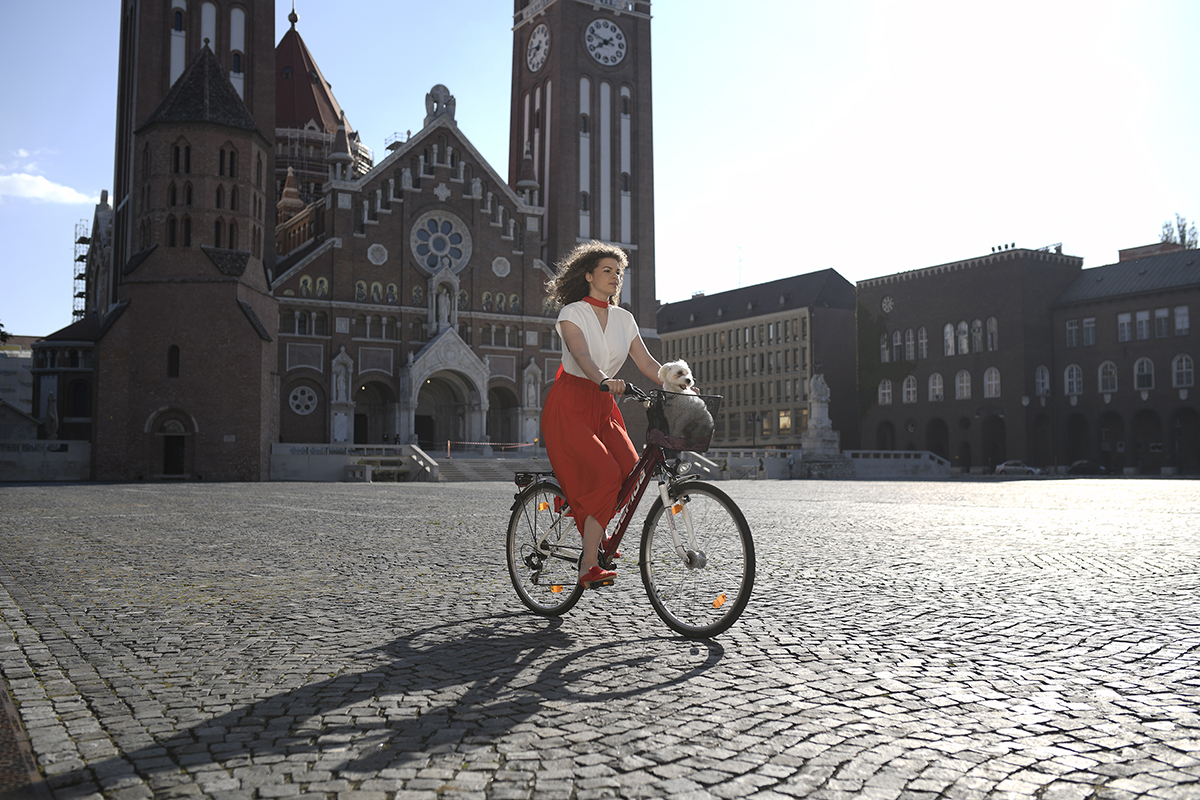 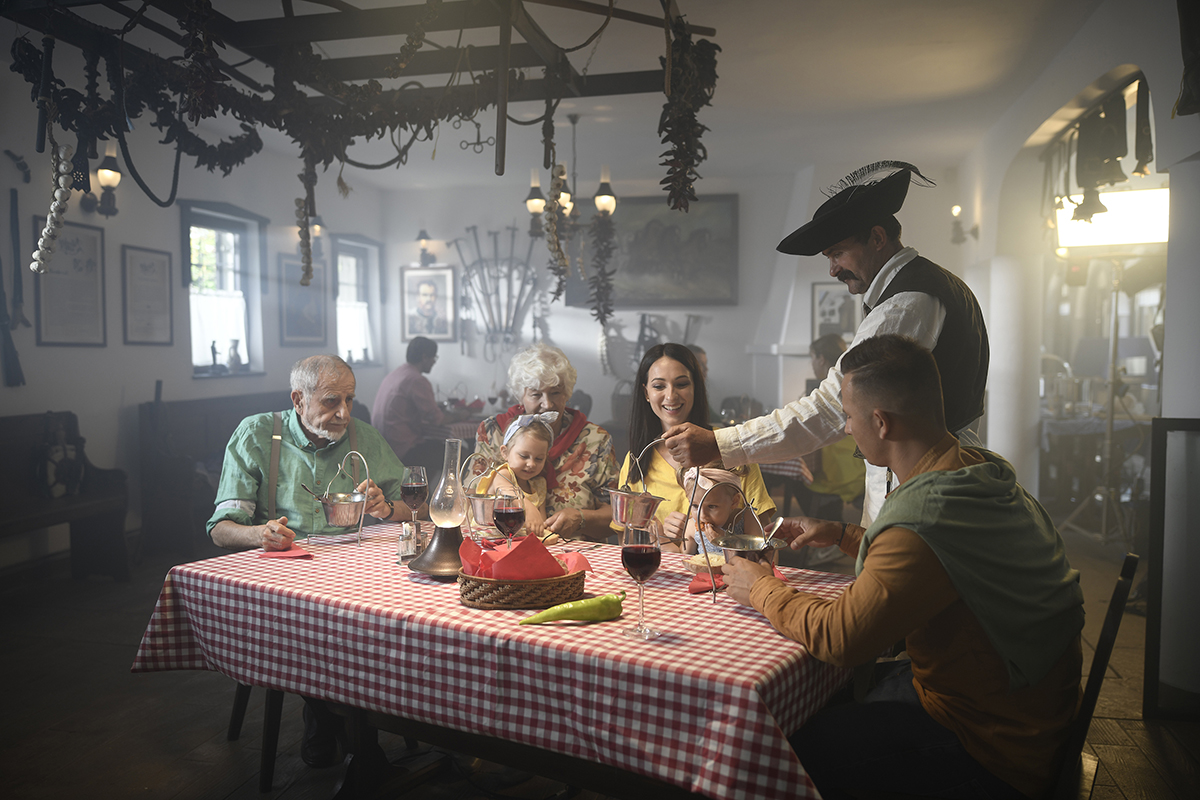 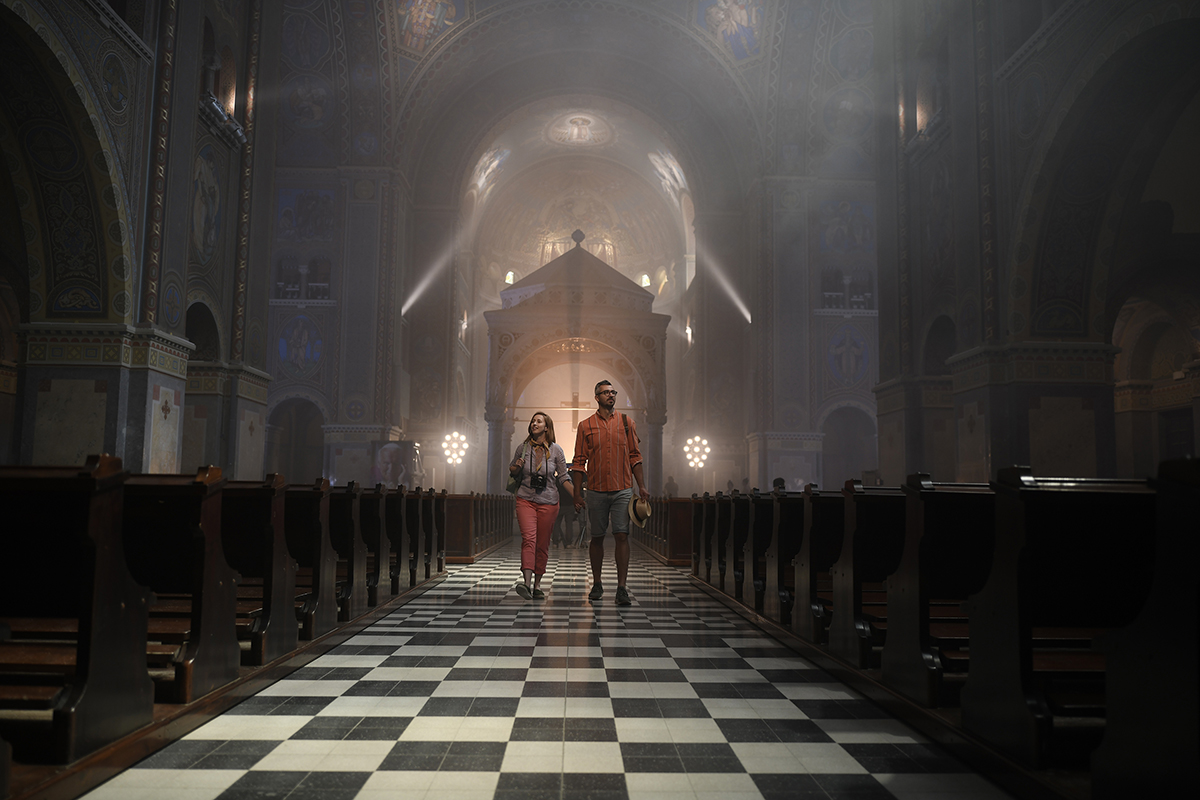 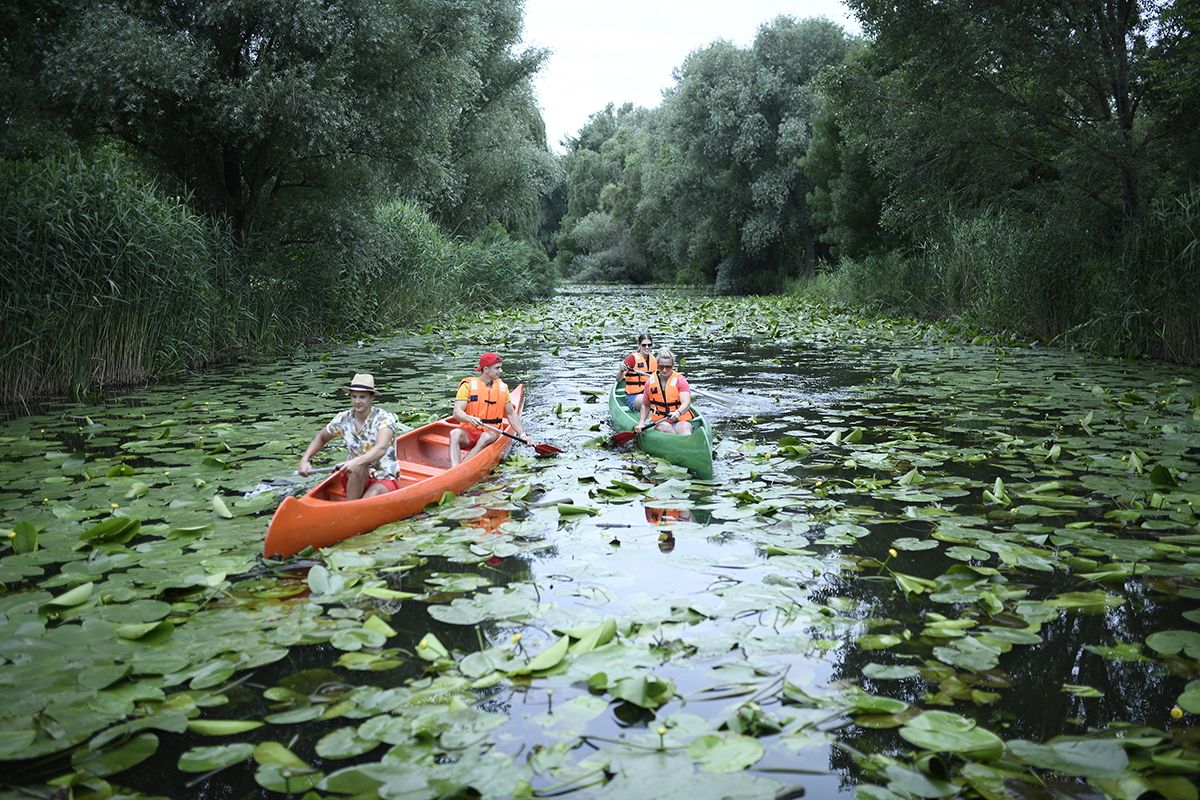 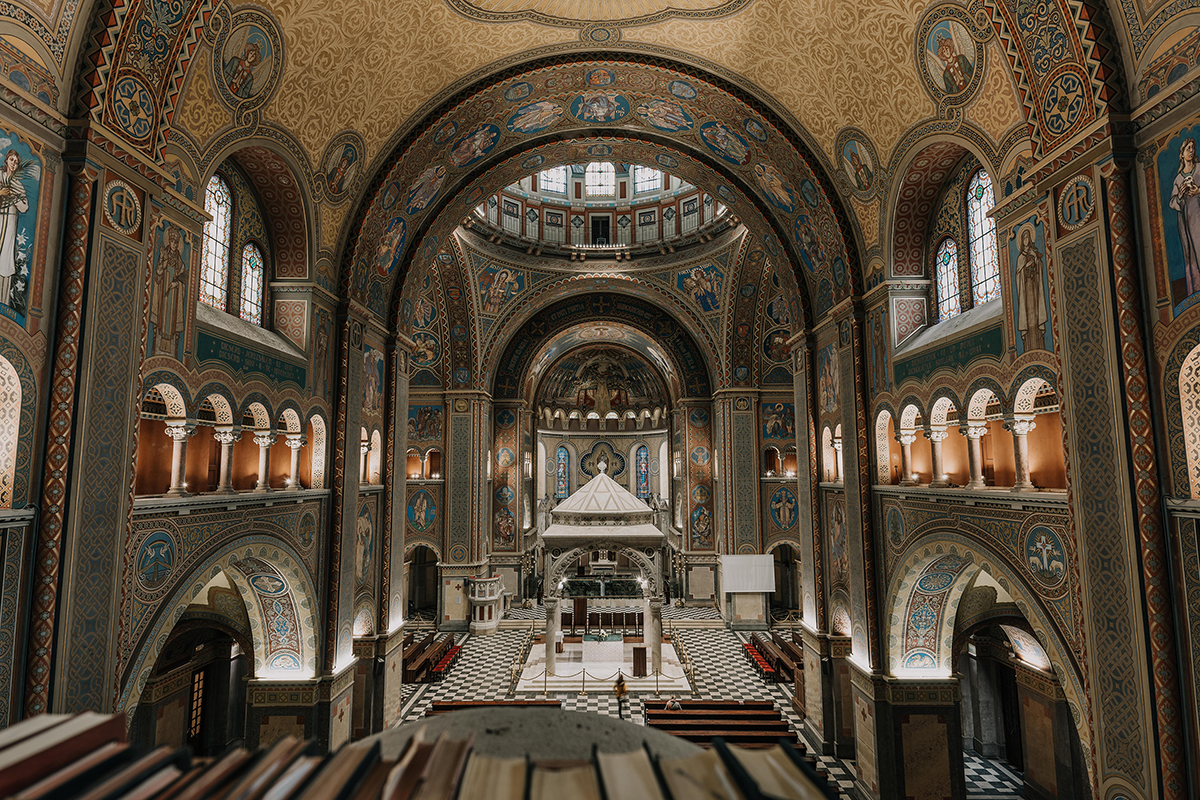 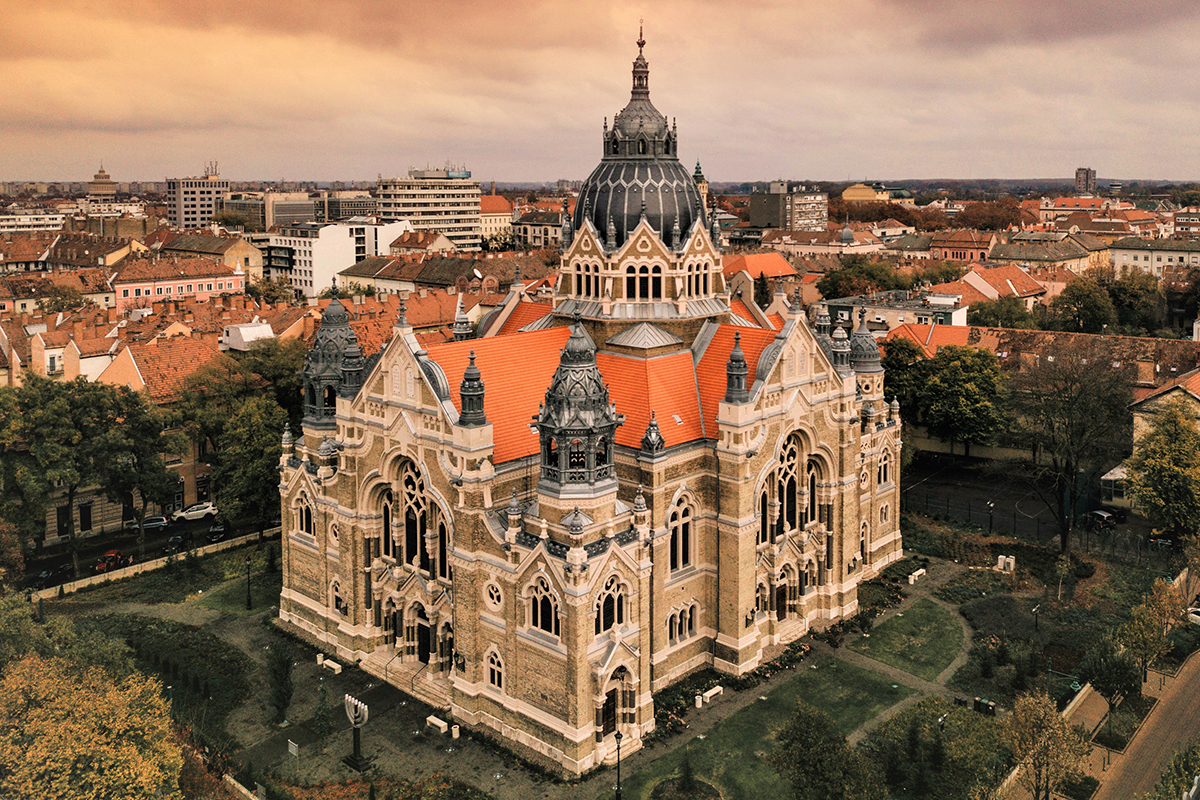 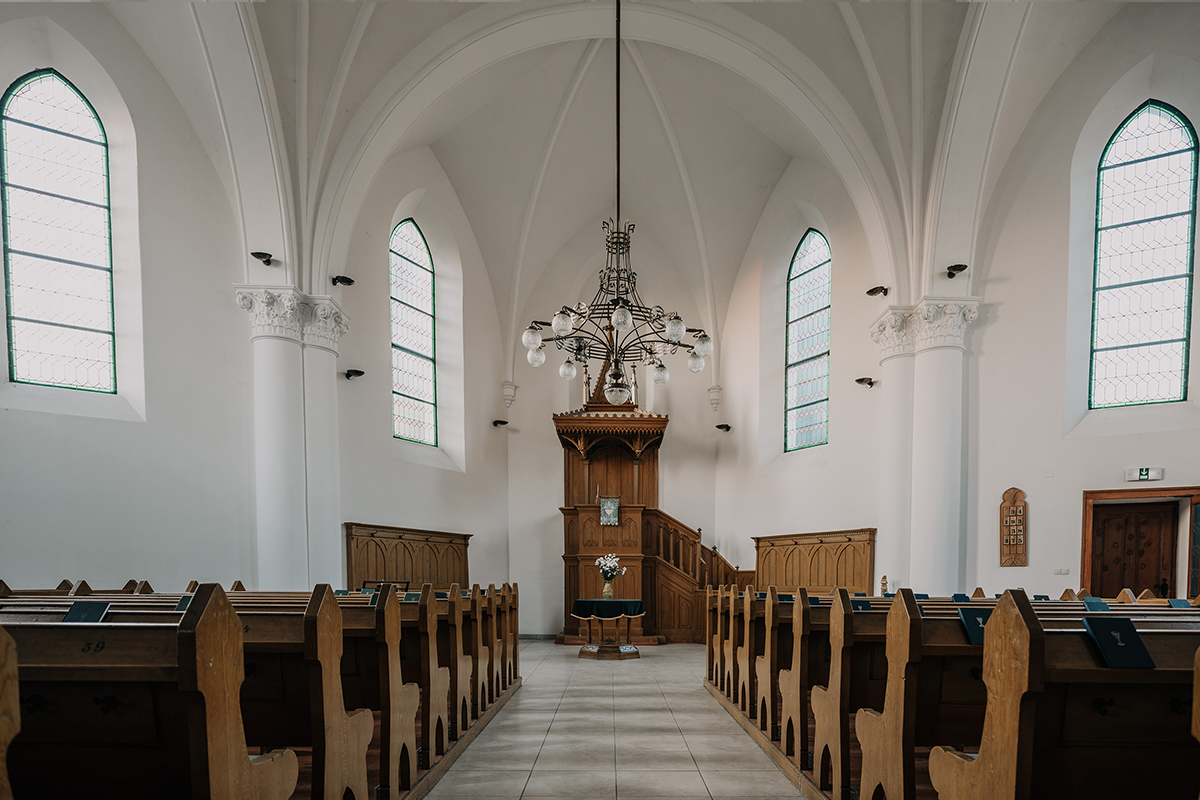 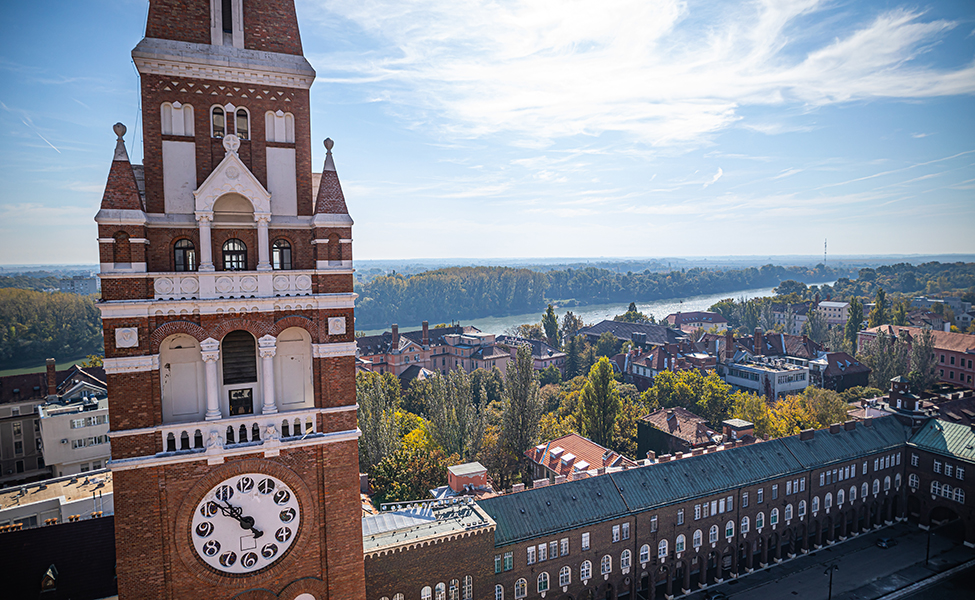 Stroll around the wine region’s cultural capital Szeged and then taste wine on the edge of Ásotthalom! 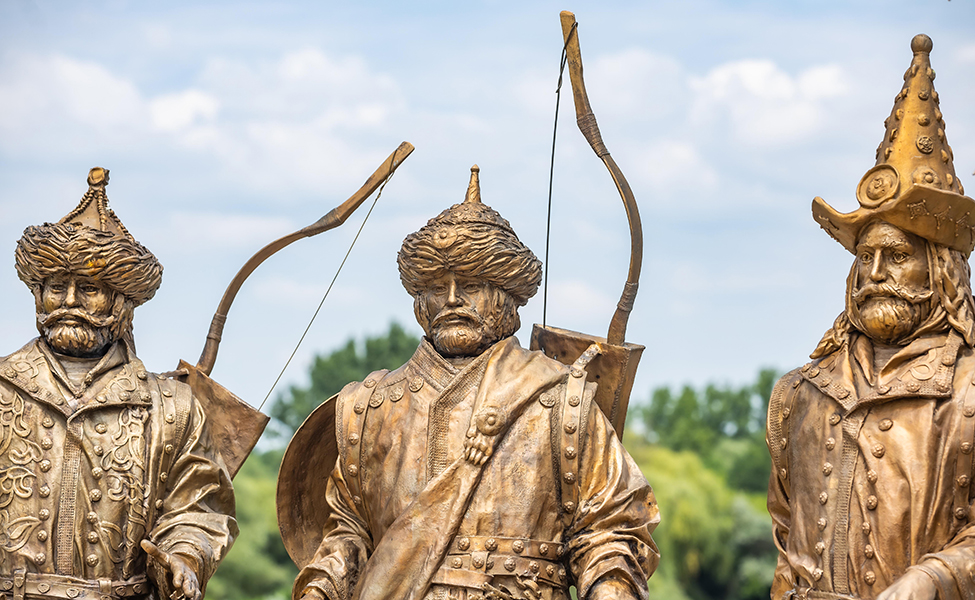 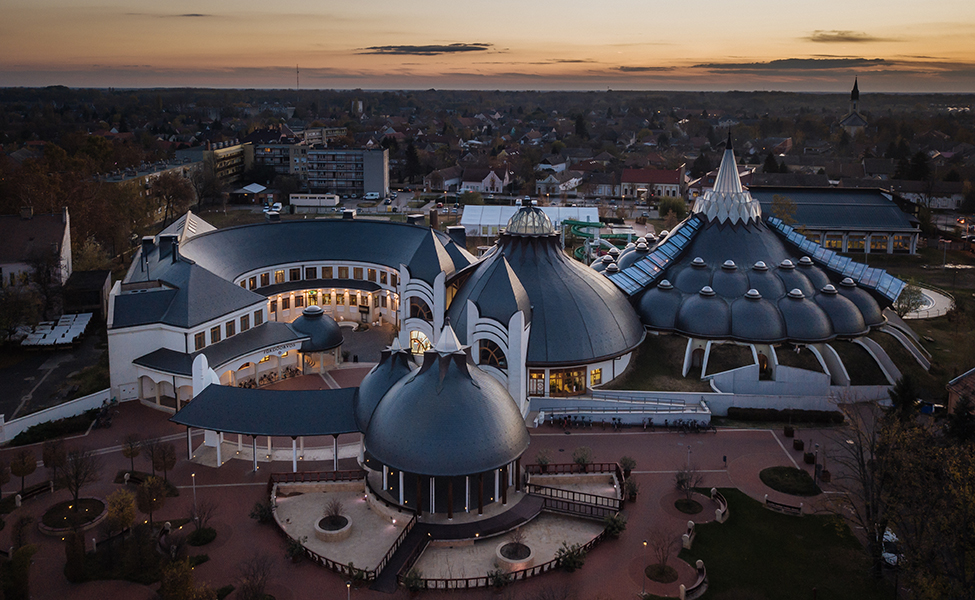 Visit Csongrád-Bokros’s special farm world and admire the Hagymatikum building from both inside and out! 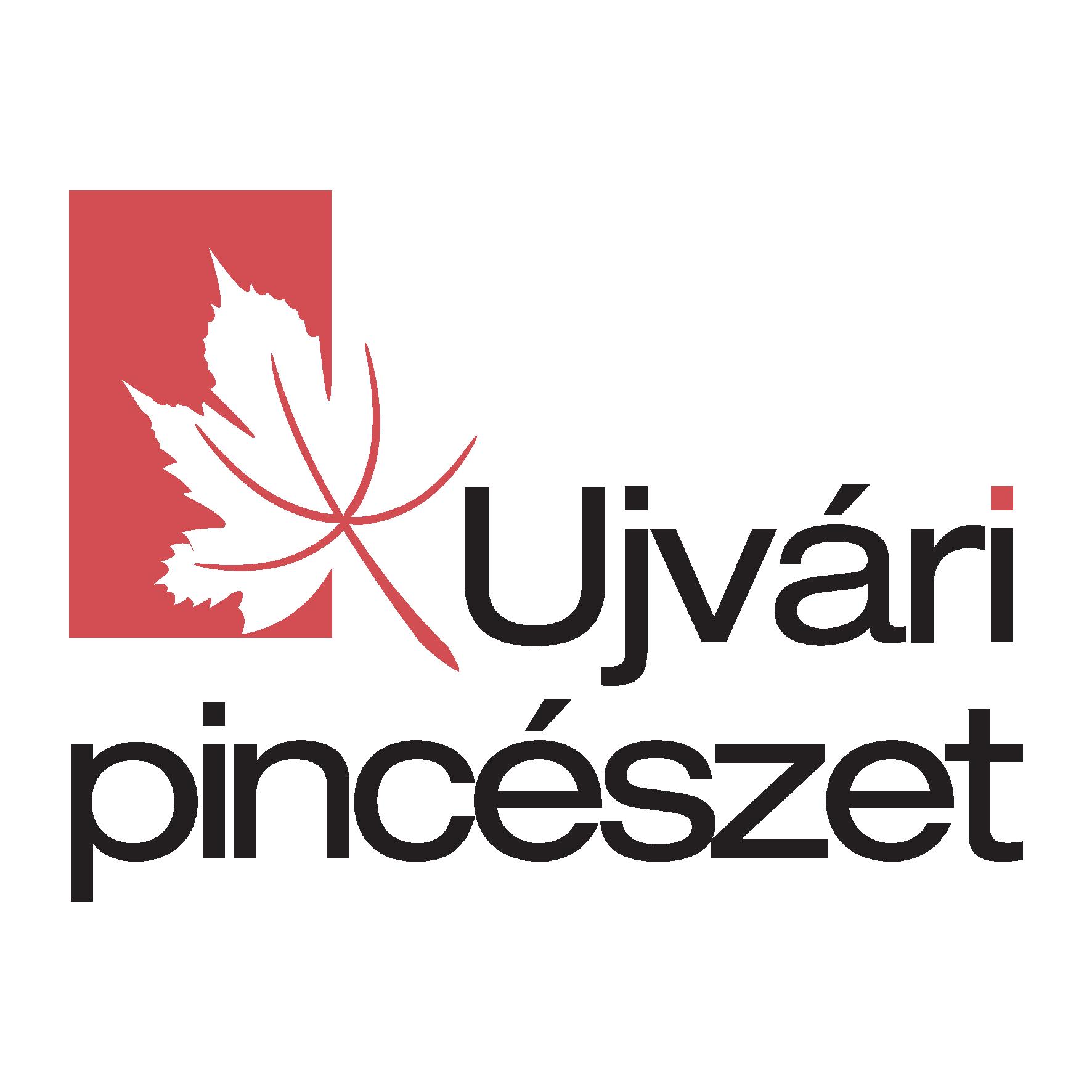 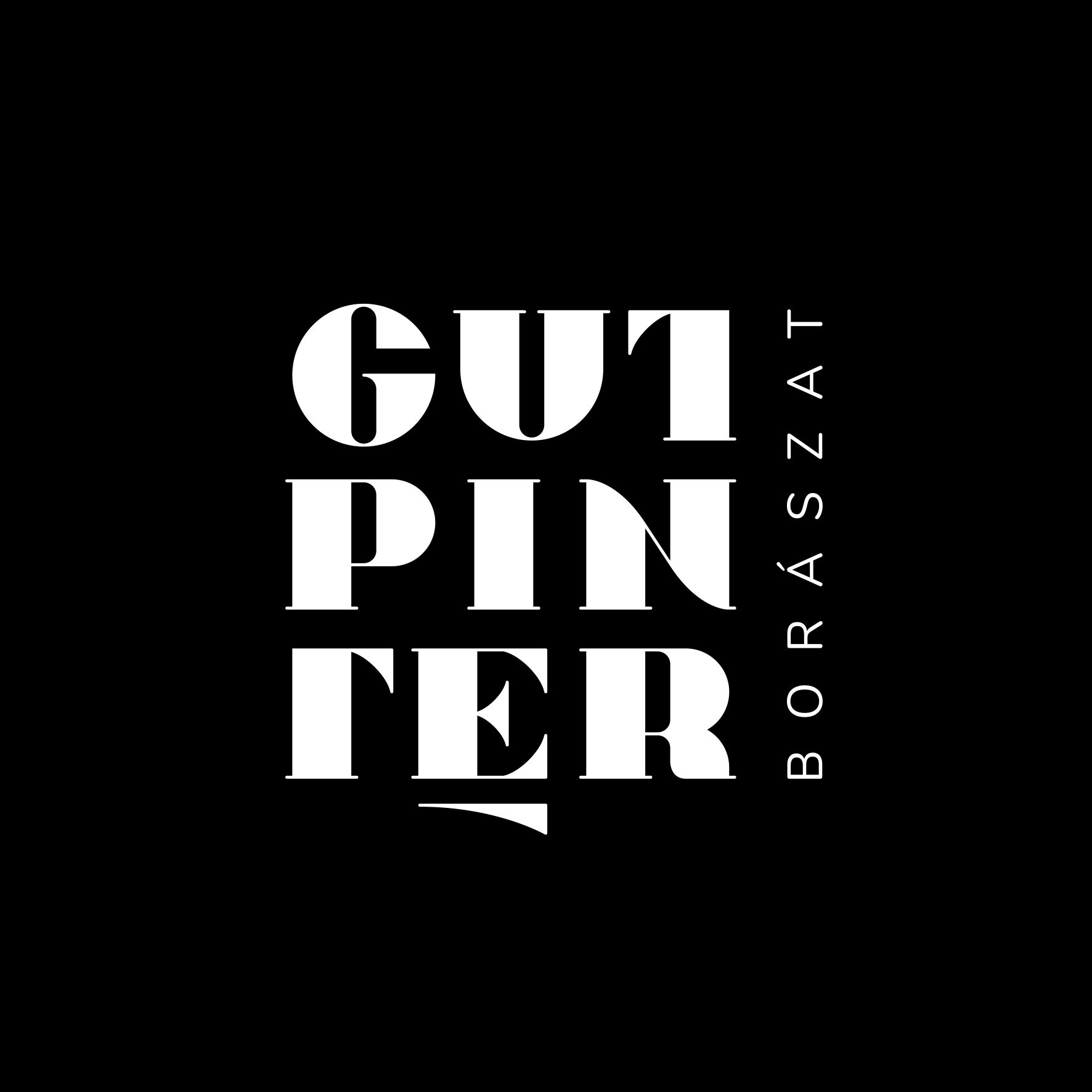 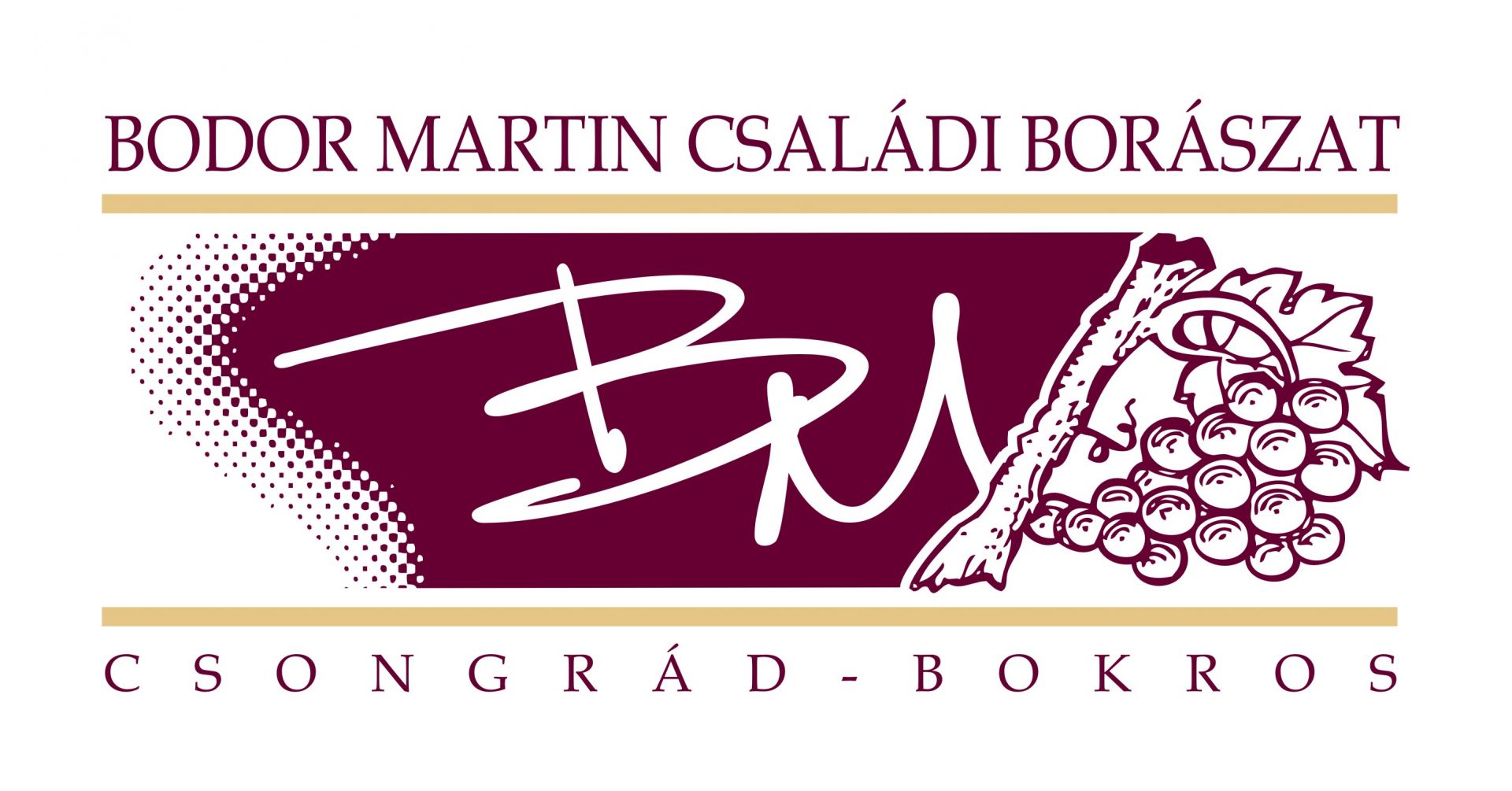 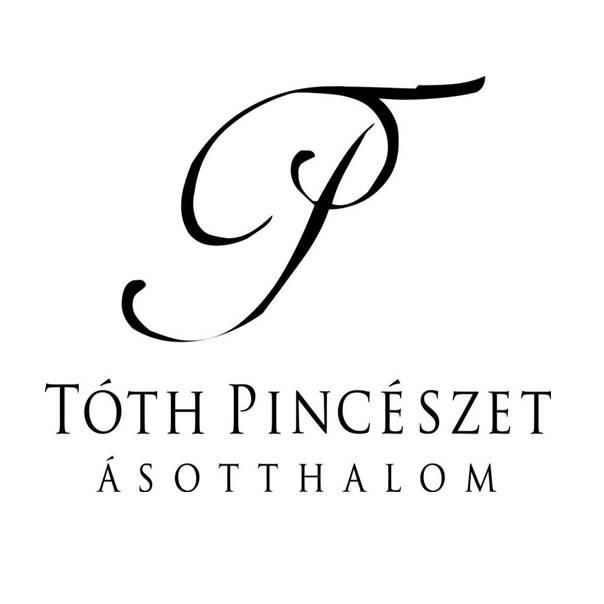