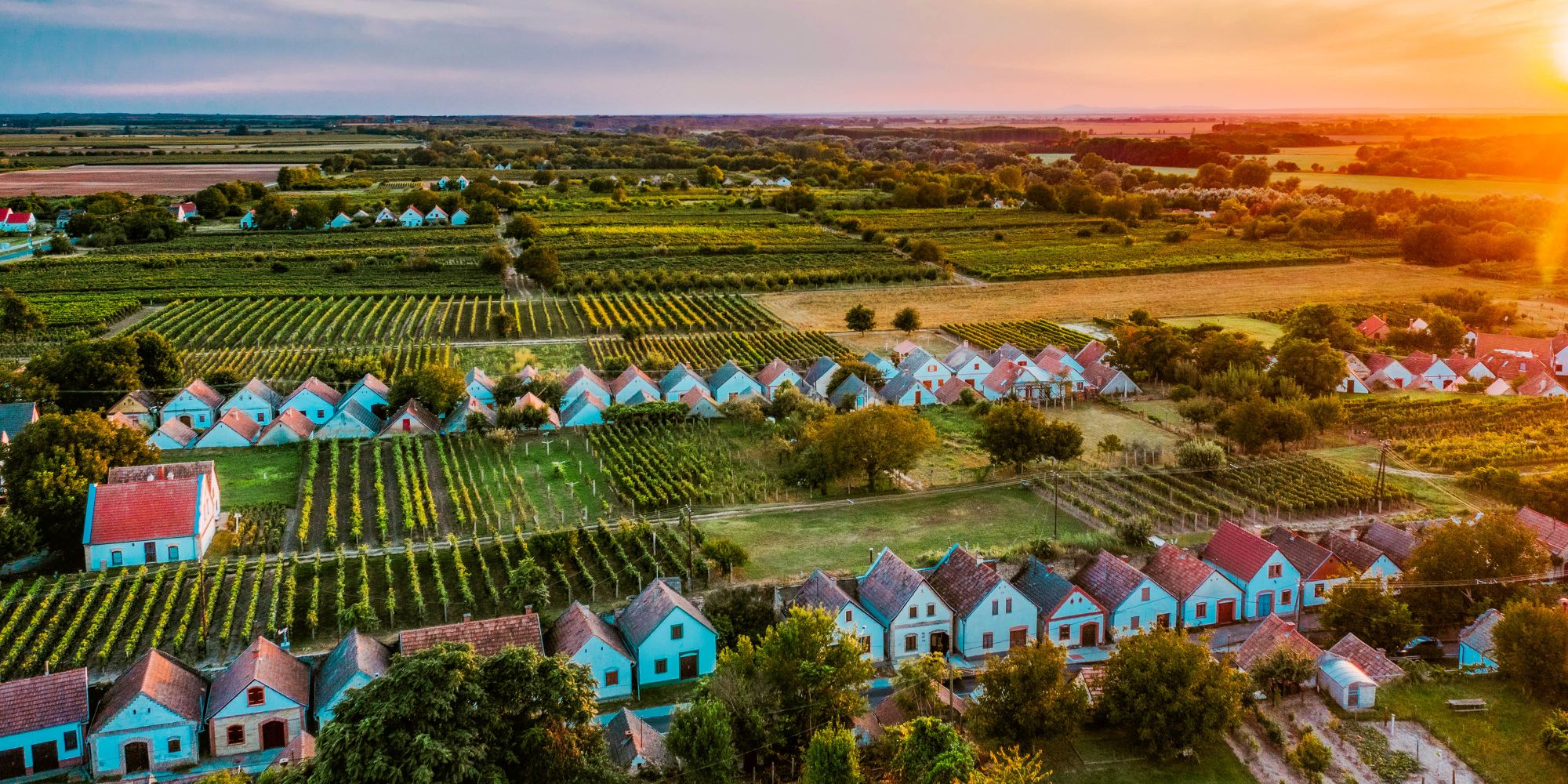 The Danube wine region was established in 2006, formalising the logical cooperation of the wine regions previously registered as Great Plain. Undoubtedly, the name of the Great Plain has not necessarily been associated with quality wine in the last few decades, so it is totally understandable that respectable and resolute producers in the region tried to change prejudices in this way. Today, in 2020, the region is a significantly better position than it was even ten years ago. Increasing numbers of producers believe that they can produce good, enjoyable wines on loose, warm, sandy soils. It shouldn’t be forgotten that we need everyday wines too. You can’t drink Sunday wines every Tuesday, and certainly you can sometimes have a Tuesday wine on a Sunday too.

The wine districts found between the Danube and the Tisza rivers make up between a quarter and a third of the country’s harvest, depending on the vintage. However, even nowadays, it sometimes seems that there is a lack of good table wine, i.e. reliable, light, easy-drinking wines with purity of flavour. Generally, in Europe, this means wines produced on a large scale using modern technology which are delivered to the consumer via a continuous cold chain. They are not consumed simply for enjoyment but are rather considered a food item. They are much healthier than carbonated soft drinks with added colour and aromas.

These areas of Hungary could be perfect production areas for such light, easy-drinking wines, with no negative discrimination intended. Better tillage mechanisation would also make these areas competitive globally. Moreover, with the right choice of variety, clean, fruity everyday wines can definitely be produced here.

This not only requires a different approach from producers, but also from consumers, who need to put aside any prejudices about wines grown on sandy soils. The southern wine districts (Hajós-Baja, Csongrád) are characterised by soils with more “colourful” composition, which yields wines with more diverse, attractive flavours due to the richer mineral content. Fastidiousness and reliability on the part of the producers and prejudice-free consumer attitudes could result in a real boom in the Great Plain wine districts.

Naturally, this change of producer behaviour must also be communicated to consumers, thus the specialist media should also be well informed about this Hungary’s largest wine-producing region covers a total of 24,000 hectares and includes three wine districts, Csongrád, Hajós-Baja and Kunság. The most typical varieties are Cserszegi Fűszeres, Ezerjó and Müller-Thurgau, but Kadarka is also cultivated. The prevailing weather is basically continental, but due to the flat terrain and quartz soil, the temperature fluctuates a lot. Summers are hot and cold winters are often followed by spring frosts. Although the predominant soil is limestone sand, which is mostly derived from river alluvium, mainly the Danube, there is also brown forest soil and black earth (chernozem) as well as small patches of alluvial meadow soils.