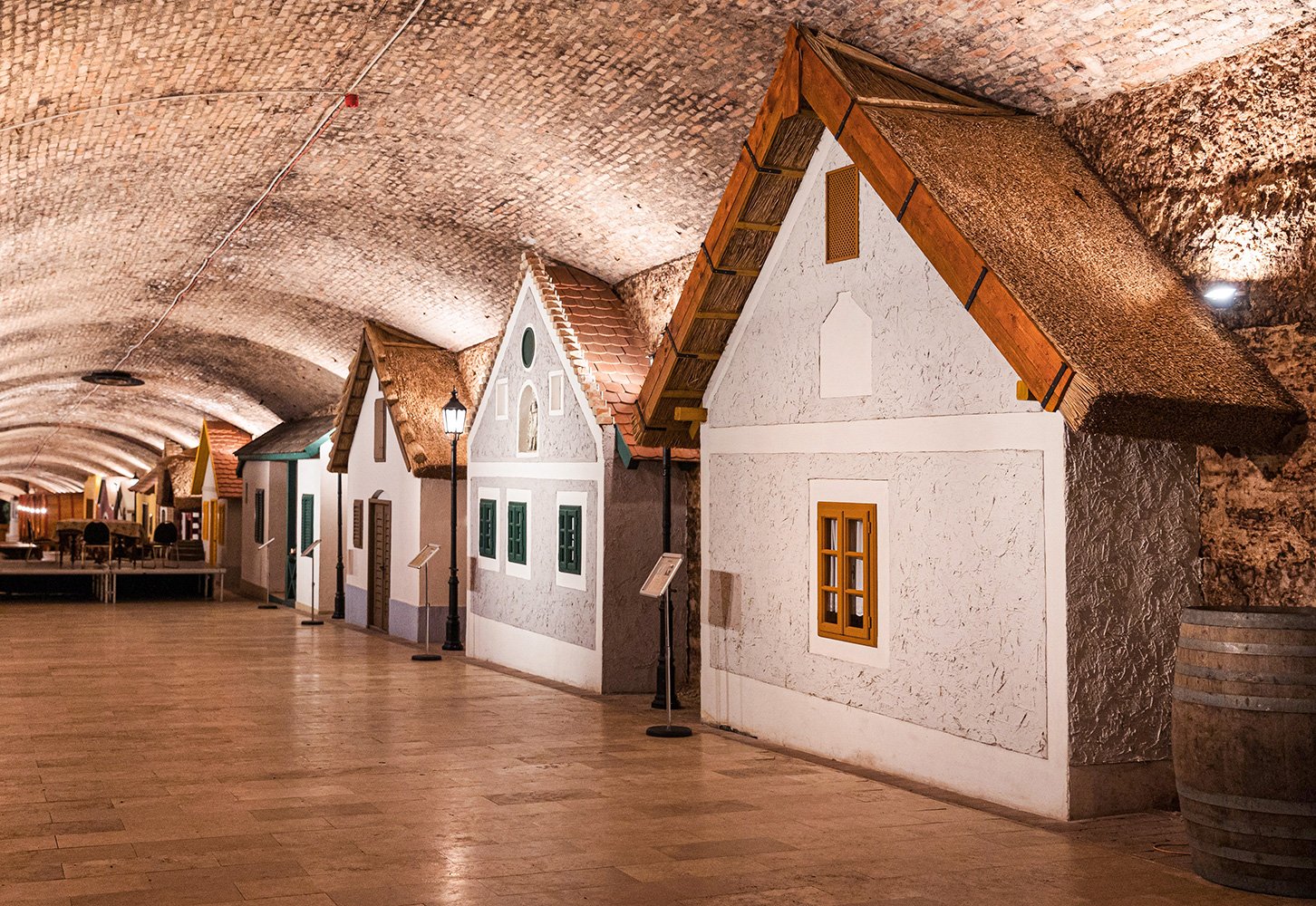 In Budafok, wine culture is not only part of the past, but it also still interweaves through the life and atmosphere of the district. It’s a stone’s throw from Budapest, and if you plan your visit wisely, you can even time travel while drinking wine.

Time travel is guaranteed in Budafok!

In today’s 22nd district, as in the rest of the Buda Hills, viticultural history dates back many centuries. During the Ottoman occupation, this area was called “sekerli lokva burun”, i.e. the sugary morsel measure, in reference to the wines grown here. Despite the regulations, not all Turks seem to have despised the drink.

But it was not only this peculiarity that happened in Budafok. The area became a real wine centre when it was least expected, i.e. after phylloxera, the aphid that attacked the roots of vines, destroying the vines in the 1870s and 188s and bringing viticulture to an end.

This was due to the fortuitous geographical features of the area: there is a cellar system more than a hundred kilometres long in the limestone layer of the Tétény Plateau, although its true length is still a mystery. It is also time travel – passages were begun by the Romans, with their number and area growing later. 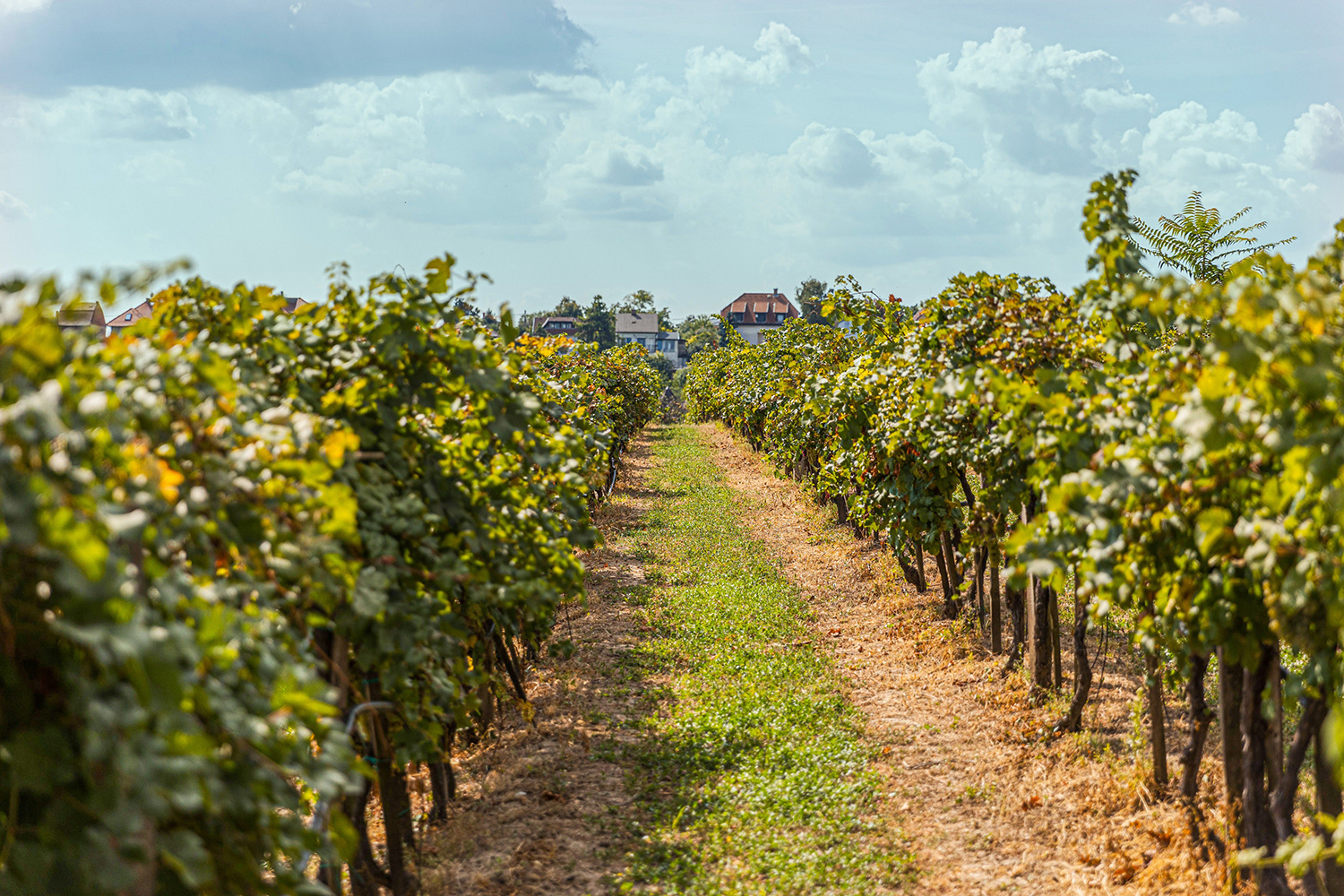 Vineyard in Budafok, at Soós István Secondary Technical and Vocational School for Winemaking

These underground passages, as well as being perfect for storing wine in peacetime, have also functioned as shelters and cave dwellings during more difficult times. These caves have provided a refuge in difficult moments, and even in the stormiest periods of history, there might have been some romance in the family being able to breathe in the fresh air on the rooftop in fine weather. But returning to the storage of wine, the caves boast constant temperatures and in the perfect range of 12-14°C, while their humidity is ideal for keeping fine wine.

Moreover, it’s really close to the capital, while transportation and delivery has become easier over time. So it’s really no wonder that Budafok attracted winemakers from all over the country. There are still traces of this attraction here, so walking around the Budafok Wine Quarter is not really time travel, as time has stood still in reality. Besides the ancient buildings, the winding streets and inimitable atmosphere, you can also admire museum-worthy barrels in the Záborszky cellar or learn about other winemaking equipment.

The building of the Royal Hungarian National Model Cellar, founded in 1881 in Budafok, can still be found at 84 Kossuth Lajos Street. The Hungarian State Winery was also established locally, with the Cellar Master course offering the best winemaking training of the period. The successor of the State Winery is a wine technical school and vocational training centre, whose vines are still cultivated on Jóesika Street.

Of course, not everyone gained their knowledge at school. The best vinedresser in the area was a master of Swabian origin, called Höllinger, who, although he could not read and write, was the most outstanding winemaker and cellar master of his time.

The cellar system also attracted József Törley to Budafok. Today, this name is synonymous with sparkling-wine production in Hungary and the owner gained serious recognition abroad too. Törley studied at the Academy of Commerce in Graz, where he met French Champagne maker Théophile Roederer, from whom he learned the tricks of the trade. He founded his first factory in Reims in 1879, but in 1882 decided to move his business to Promontor-Budafok: he found cellars carved in limestone ideal for storage, and the nearby vineyards of Etyek provided him with the grapes. He established a three-level cellar system under the Törley factory in Reims, and you can now see behind the scenes of past and modern production techniques in the sparkling wine factory currently operating in the building. 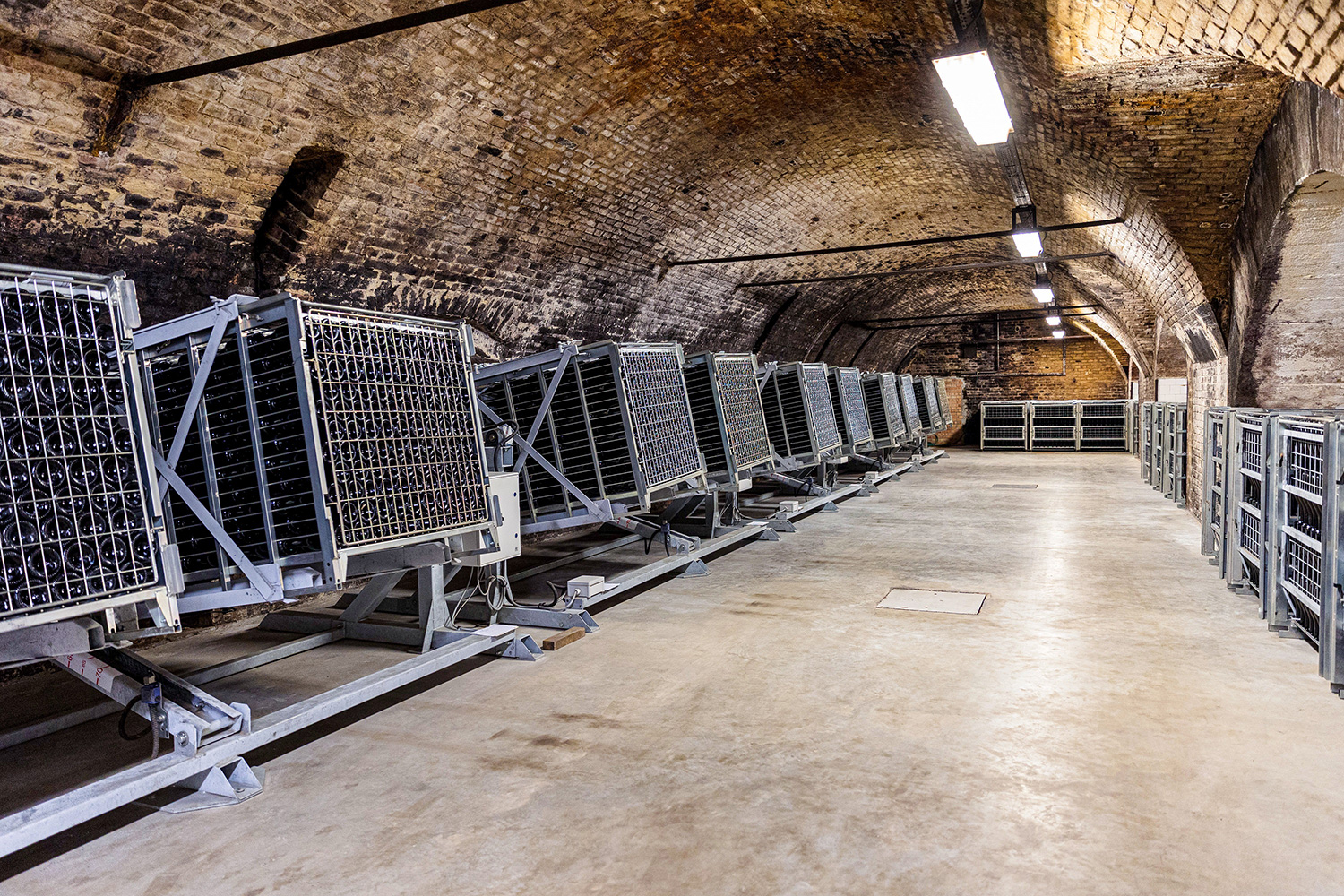 It’s amazing how many things Törley did which earned him the title of The First in Hungary who… He first started brand building, first bought company trucks and caused the first car accident, which knocked down a pedestrian (the latter was not seriously injured, everyone survived the collision). In any case, thanks to former, his products quickly gained a significant Hungarian and international reputation.

A rather large selection of alcoholic beverages was produced in Budafok: as well as still and sparkling wine, beer and brandy were also produced here. Besides the factory buildings, the memory of the successful businesses is preserved in the owners’ magnificent residences. One example of this is the spectacular Czuba-Durozier mansion on Plébánia Street. The owner was originally a sparkling wine factory, which later started producing brandy. Its products were successful throughout the Austro-Hungarian Monarchy. 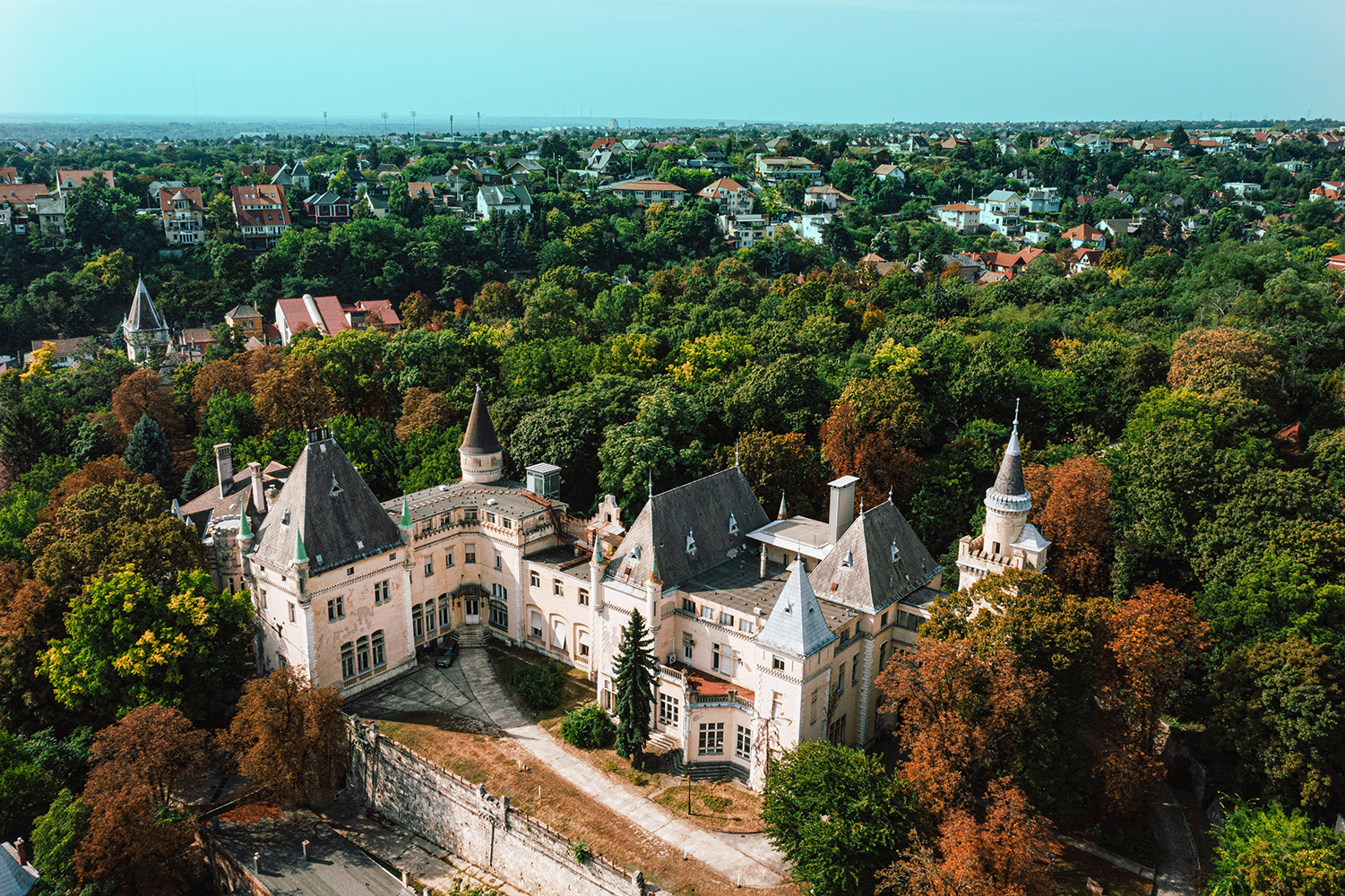 The people of Budafok, of course, were not only involved in producing the drinks, but also enjoying them. There were plenty of restaurants in that part of the town, which were some of the most important places to relax near the Danube. You can still enjoy this waterfront atmosphere even today, as the DunaFok Leisure Park boasts playgrounds, sports fields and a cycle path, and is directly connected to the Danube.

Besides the vineyards and the Danube bank, the district also has other natural attractions. You can wander among 9,000 rose bushes in the Budatétény Rose Garden. You can discover more than 200 Hungarian varieties here and see peculiarities such as the sacred rose of the early Christian Abyssinians or the Chinese tea rose.

Incidentally, the gardens in the area may also affect which Amazonians come from here. In the 18th century, for example, the owner of the Száraz-Rudnyánszky Palace and its gardens with linden-tree-lined promenades and statues was Julianna SzohánySzáraz. She proved particularly adept at managing the estate, solving the debts of the male family members, avoiding property lawsuits affecting the estate and appeasing the serfs rebelling against the Rudnyánszky males.

Vilma Hugonnai, the first female Hungarian doctor, was also born in the same palace. Although everyone around her, from the country to her family, looked at her plans for her own future with disapproval, she sold all her jewellery so that she could travel to Zurich and study medicine at university. Even after she returned, she did not give up the struggle, fighting for decades to have her degree recognised and for women also to be able to go to university in Hungary. And she was finally successful. There are still plenty of exciting stories to tell which recount memories of this district. If you visit it in order to indulge in the lure of still and sparkling wine, it’s worth spending some more time in the area and immersing yourself in the history of this special district. 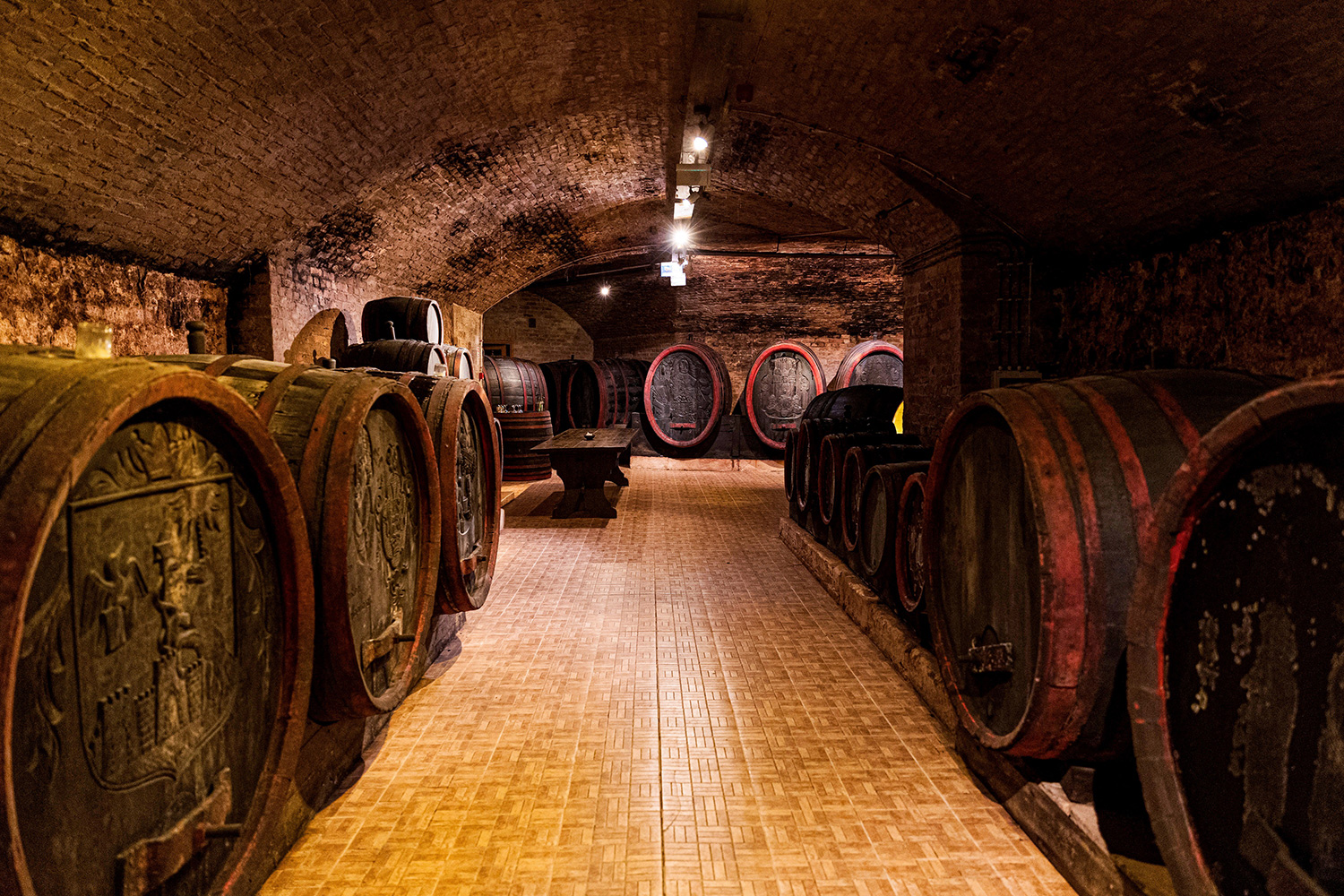 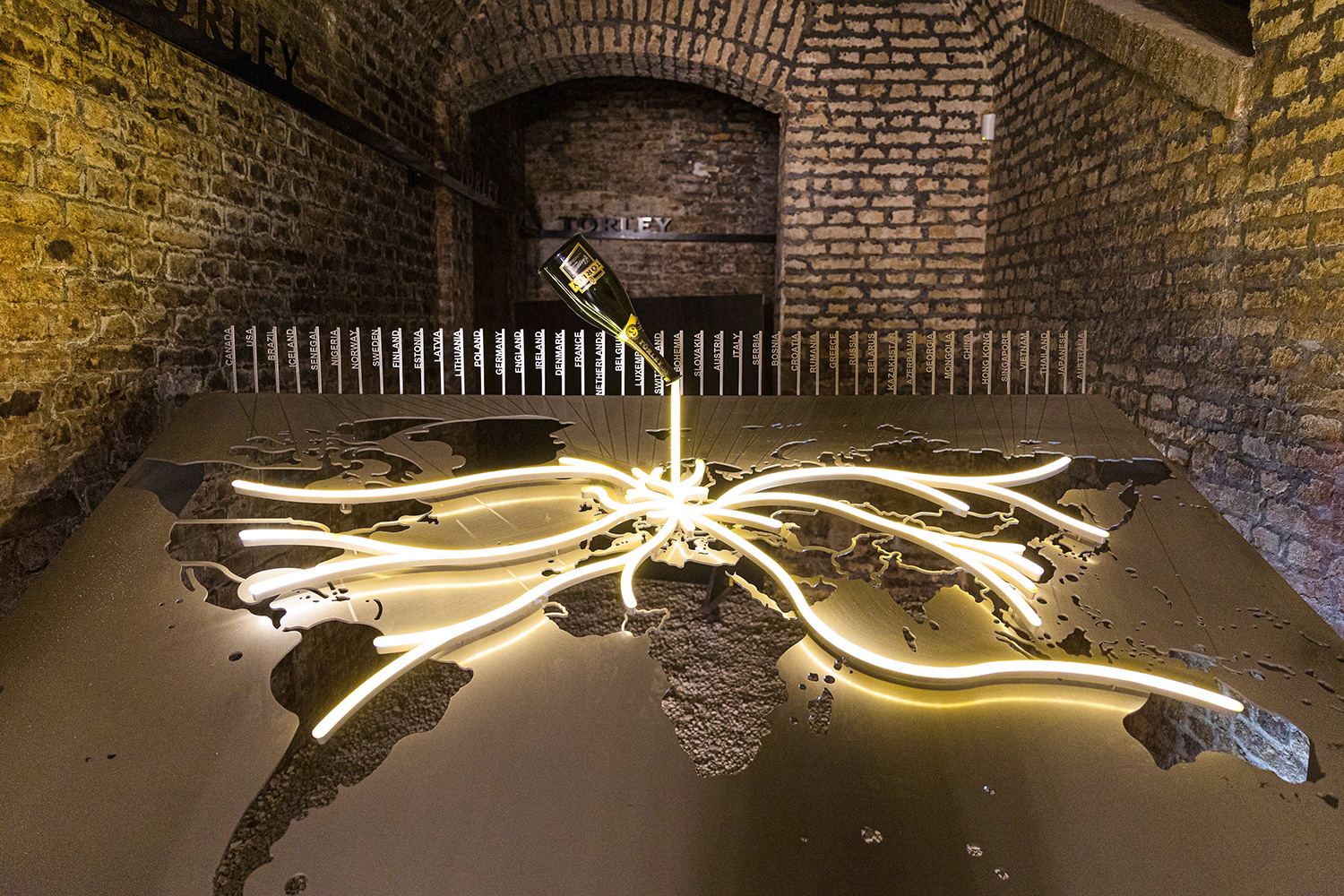 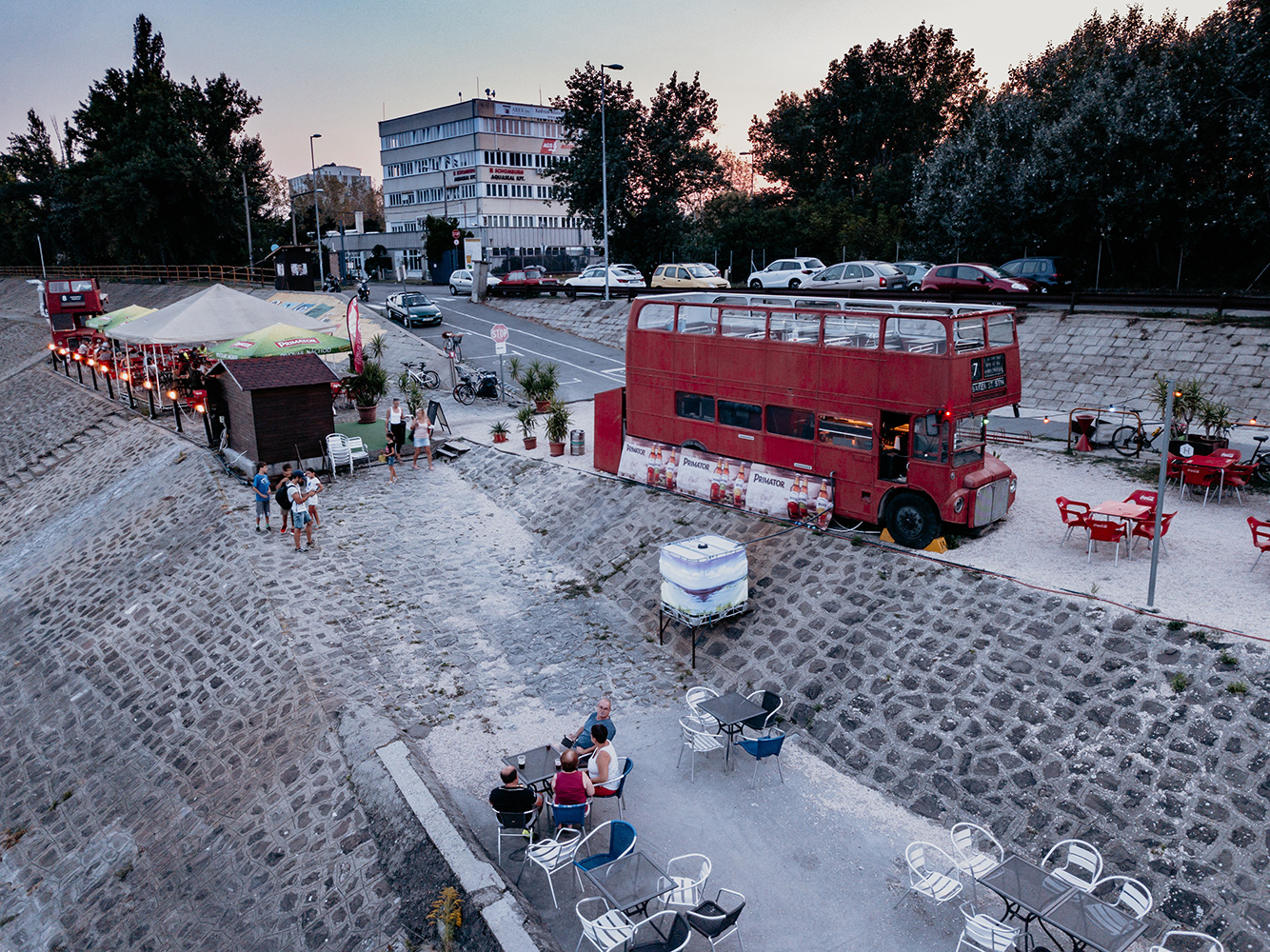 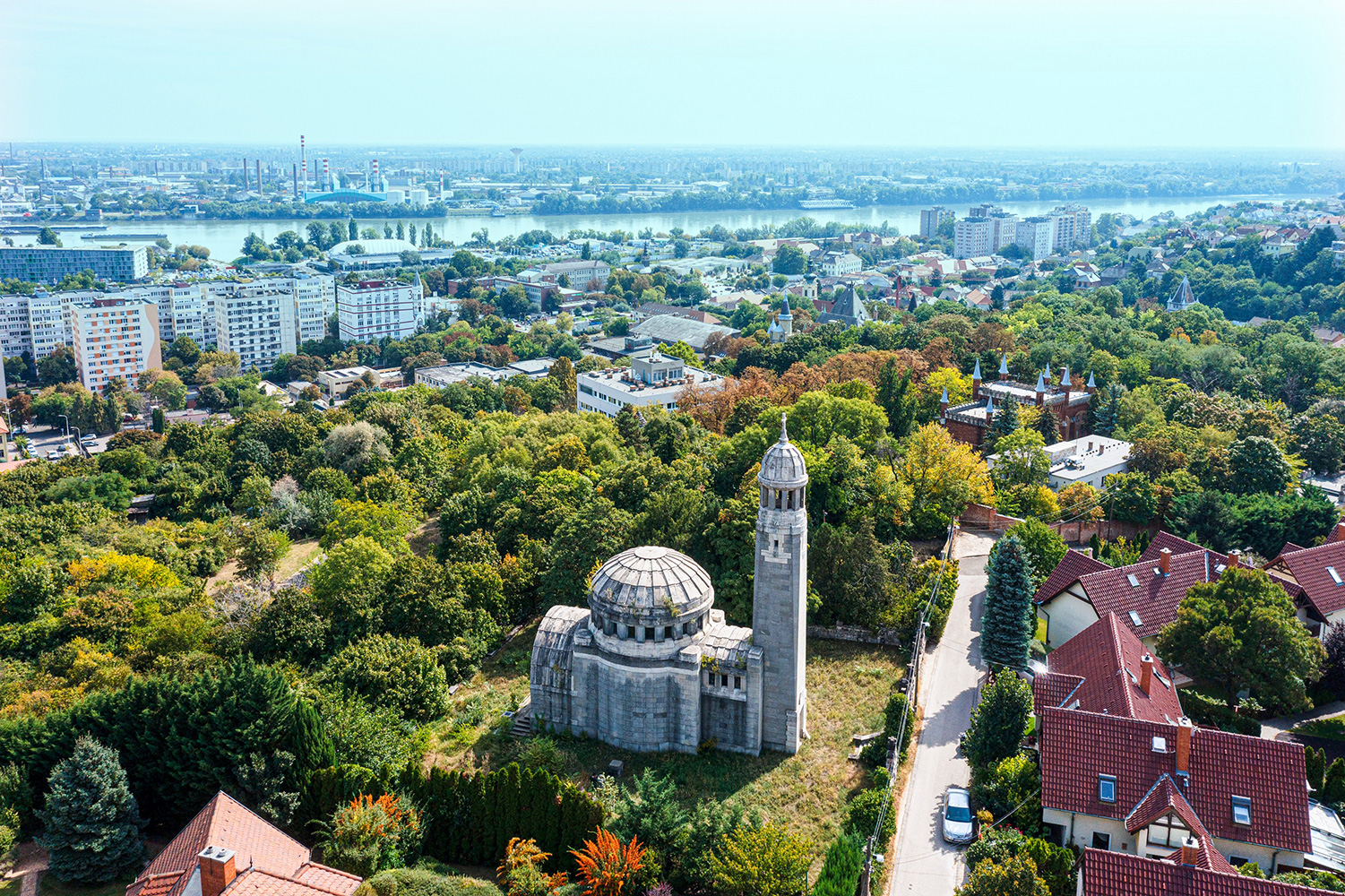