The fragmentation of the wine district may well only present problems for wine tourists who are interested in the nitty gritty, as the central part, i.e. the southern shore of Lake Balaton, has long been known to everyone who enjoys swimming, cycling, hiking or sailing. On the other hand, anyone who is curious about the parts of the wine district near Kaposvár, or even Csurgó, will feel like they are entering another world.

The south-eastern part of the wine district is located next to route 61, between Kaposvár and Dombóvár. Apart from the name of the wine district, it has almost nothing to do with Lake Balaton, as it almost borders the Pécs and Tolna wine districts! The area encompassing the towns and villages of Kaposhomok, Kaposkeresztúr, Kercseliget, Mosdós, Nagyberki, Szabadi and Csoma is located in the Kapos valley, and to the south, on the northern outcrops of the Zselic, which separates the Kapos Valley from Outer Somogy. The wildlife park and deer farm in Bőszénfa not only have permanent attractions for kids, but a wide range of game dishes is also served in their restaurant.

It’s worth stopping east of the wine district in Dombovár to enjoy the thermal water of the Gunaras spa and the István Fekete Museum, while to the west, Kaposvár and its surroundings can keep wine tourists and their family members occupied for a long weekend. The Tókaj park forest entices you to go for a walk, while the open-air museum in Senna offers full-day activities in fine weather. However, the Bird and Adventure Park in Zsippo or the Katica Farm in Patca are also a good alternative for young children.

Seek out the Adam and Eve house while strolling around Kaposvár, go horse-riding at the Pannon Equestrian Academy, or while one half of the family is fishing, the other can visit the István Fekete Visitor Centre near Deseda or the Deseda Adventure Forest.

If you are intrigued by the wonders of the Universe, visit the Zselic Star Park, anglers can discover the fantastic catfish of the Deseda Lake, and those drawn by urban landscapes can get lost in Kaposvár, a town built on seven hills. The town’s leisure pool, Virágfürdő is good fun in both winter and summer, the Rippl-Rónai villa built on Róma Hill is one of the most beautiful museums in the country, and the Gergely Csiky Theatre awaits its esteemed public not only with its Art Nouveau building but also with its nationally acclaimed company.

Heading north from Kaposvár, you can reach the northern areas of the wine district on the shores of Lake Balaton in three ways. The best known way is along route 67, which you could deviate from to visit the chateau in Felsőmocsolád.  From Somogytúr, you are already back in the wine district and finally reach some great wineries at Rádpuszta. There is another opportunity to go horse-riding and the wonderful view of the fishponds and Lake Balaton unfolds in front of you from the vineyards as well as the former classicist building of the Festetics way station building. As for the other two routes, along the Igal road, the Igal spa is also a good option in case of bad weather at the Balaton, while neighbouring Bonnya and Somogyacs could win awards in the beautifully located small villages category. Somogydöröcske is interesting due to its Swabian folk architecture, whereas the former Franciscan monastery in Andocs is a real must-see.

If you’d like to immerse yourself in tranquillity, climb up to the Gyugy’s Árpád-era church, and if you are curious about the ancient life of the marsh, hop on the Balatonfenyes light railway.

Heading from here towards Balatonföldvár, it is worth turning off towards Tab. The chateau and museum of the Russian tsar’s court painter, Mihály Zichy in the small village of Zala is truly unique. Take the road to Lengyeltóti and turn off to Várda to visit the Endre Szász Chateau Museum, to Alsóbogát for its two mansions or to Somogyvámos if you are curious about the Krishna Valley. However, make sure you stop in Somogyvár at the ruins of the former Benedictine abbey of St Egyed, which is now a National Memorial. From here, it is just a stone’s throw to Nikla (Berzsenyi’s former mansion is now a museum), while the road through Gyugy, Szőlőgyörök and Szőlőskislak towards Balatonboglár takes you past some of the country’s best-known vineyards as well as the Balatonboglár Gömbkilató lookout. If you want to do some sightseeing on the waterfront, don’t miss the Attila József Memorial House in Balatonszárszó, the Balatonföldvár Sailing History Visitor Centre or the mansions in Kötcse.

In Fonyód, it is worth strolling around the villas and lookouts of Várhegy and Sipos-hegy, in Kéthely, you can find the first Wine Cinema in Europe, and you can retreat to the spa in Marcali in the event of bad weather. And if you pop to Csurgó for some wine, then visit Lake Baláta, the nearby Lombkorona Promenade in Kaszó, the Nagyatád Thermal Bath, the Turkish Riding School or the Gyékenyes lakes.

In recent years, Badacsony has grown into a culinary citadel, where visitors are constantly bombarded with increasingly interesting options under the name of Gasztrohegy, or Culinary Hill. Moreover, several of the wine district’s best producers have also become involved in the culinary scene, such as the Istvándy Wine Workshop’s terrace and the Hableány restaurant run by the Laposa Estate. As far as the traditional dishes of Badacsony are concerned, the old tradition, particularly for pikeperch from the Balaton, was to bake slices of fish in its skin on a hot basalt stone, sprinkling them with Kéknyelű wine as they cooked slowly. This dish is still made today in a very few places, but it is generally the often-reworked new wave dishes that please everyone. These are typically made from local ingredients and are making the wine district a very refreshing culinary destination. Without making any claims of being exhaustive, roasted beetroot risotto with sweet whey, with perch fried in butter and pumpkin seed crumbs, fish soup with sliced perch, matchstick pasta and crispy roe, or perch cheek stewed with late harvested grapes and sweet potato dumplings all exemplify how diverse Badacsony has become. And the local minerally wines all pair very well with the above as well as with perch pâté, pike with cabbage and roe or a fillet of pikeperch with butternut squash, walnuts and local cheeses. The wine district welcomes travellers with numerous restaurants, snack bars and bistros – you simply need to choose between them!

Badacsony have certainly done themselves proud in the events they organise, also baptising one of the country’s perhaps most famous silhouettes Gasztrohegy, or Culinary Hill, under which name they organise a culinary, culture or literary event each month. These are, of course, always accompanied by wine! Likewise, they have a year-round programme called Borbarangolás, or Wine Roaming. This includes wine dinners and winery visits, with new events and venues constantly being added. The National Evangelic Wine Festival is held in Révfülöp every April, while the festival season begins as soon as summer arrives. This manifests itself in the Kéknyelű Flowering Celebration in early June, followed by Szent György Hegy’s Until Dawn event. You can get to know the Badacsony producers during Bor7, while the Tapolca Festival Days and Wine Week welcome wine lovers at the end of the summer. In September, the Badacsony Harvest and the Szigliget Harvest Festivities greet the start of the grapes’ metamorphosis into wine, followed quite logically by the Must Festival in Abrahámhegy in October! Finally, the year comes to a close in Badacsonytördemic, which organises a Mulled Wine Cooking Competition every year for lovers of this hot spicy wine. 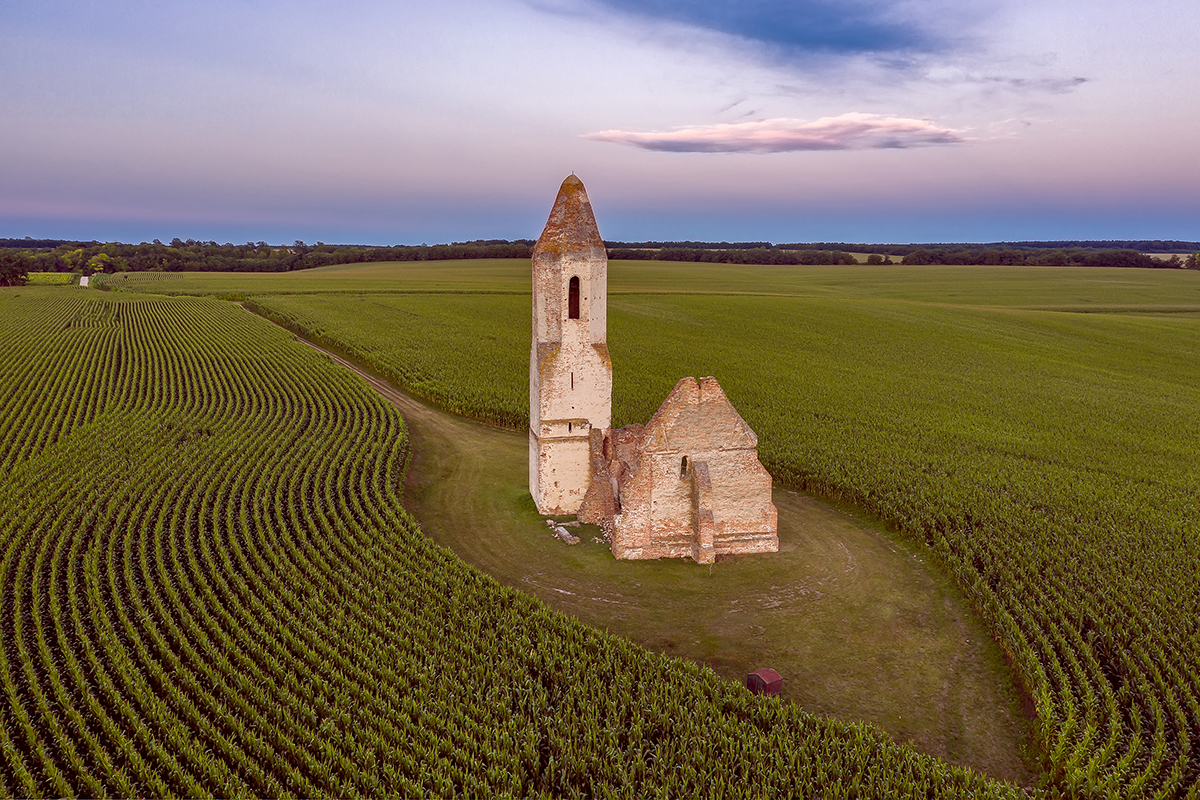 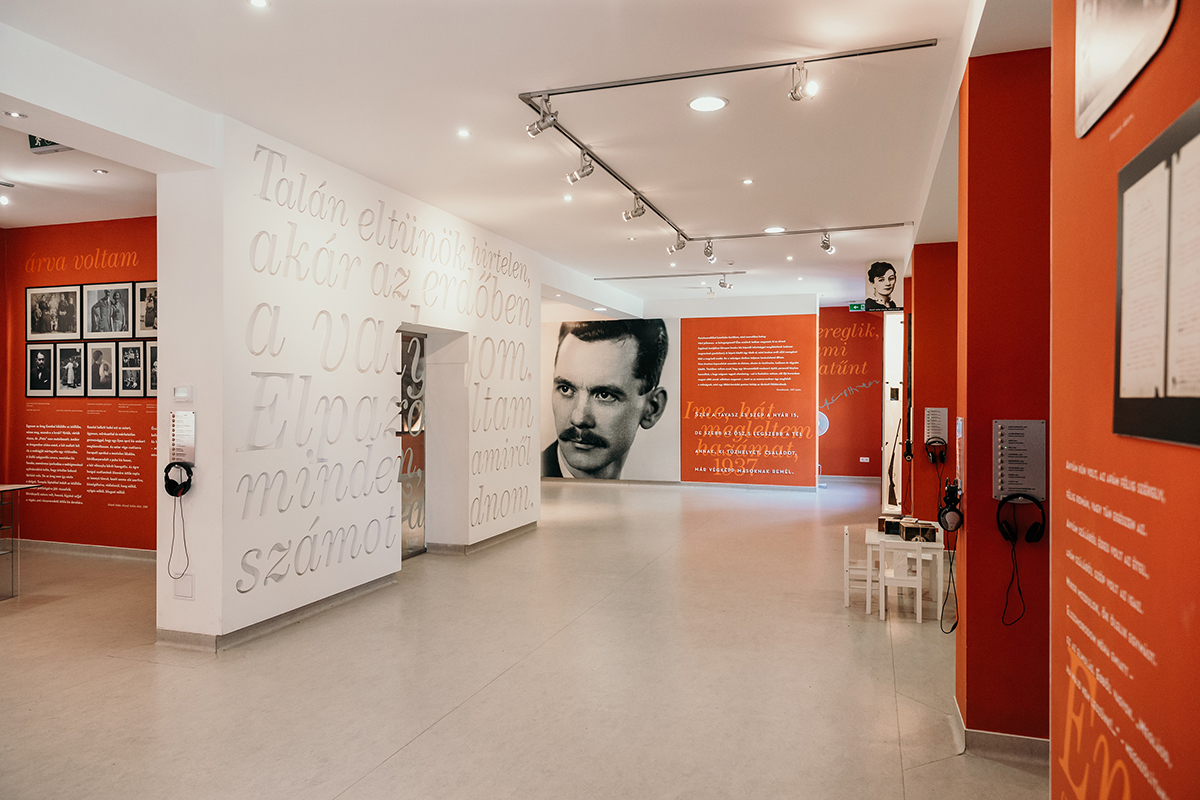 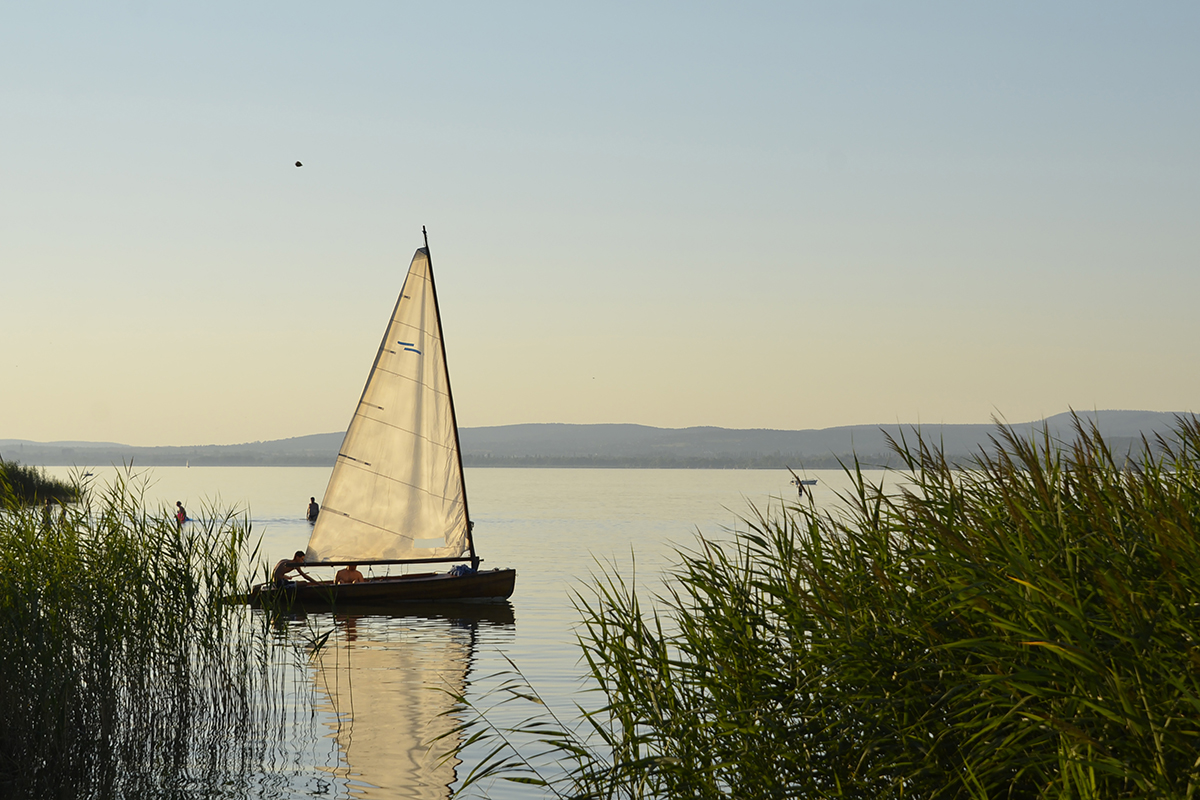 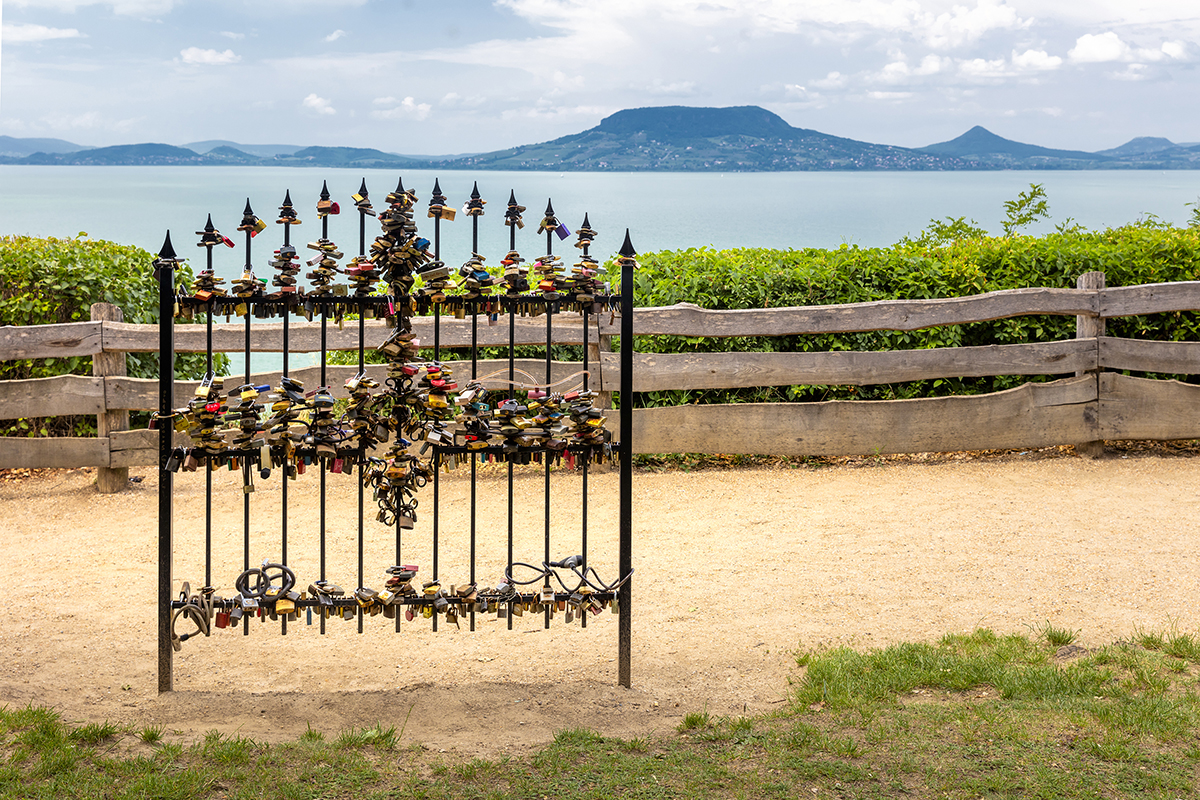 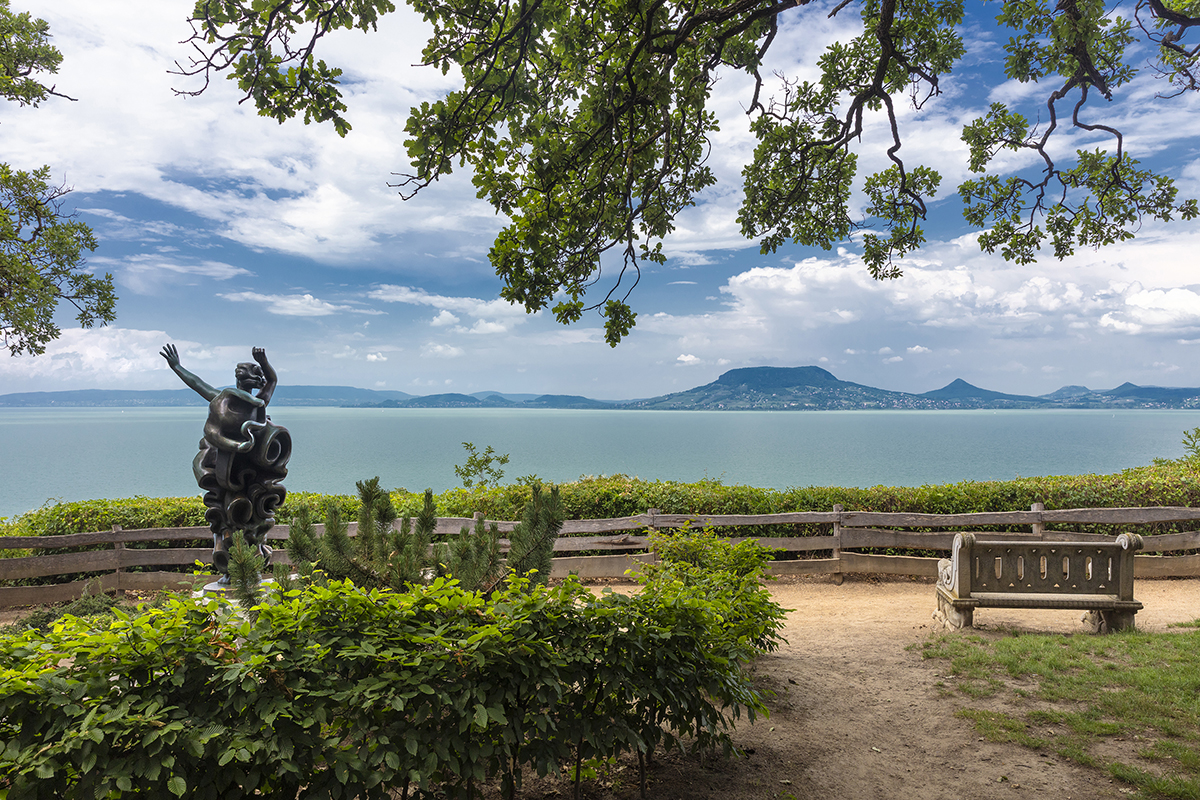 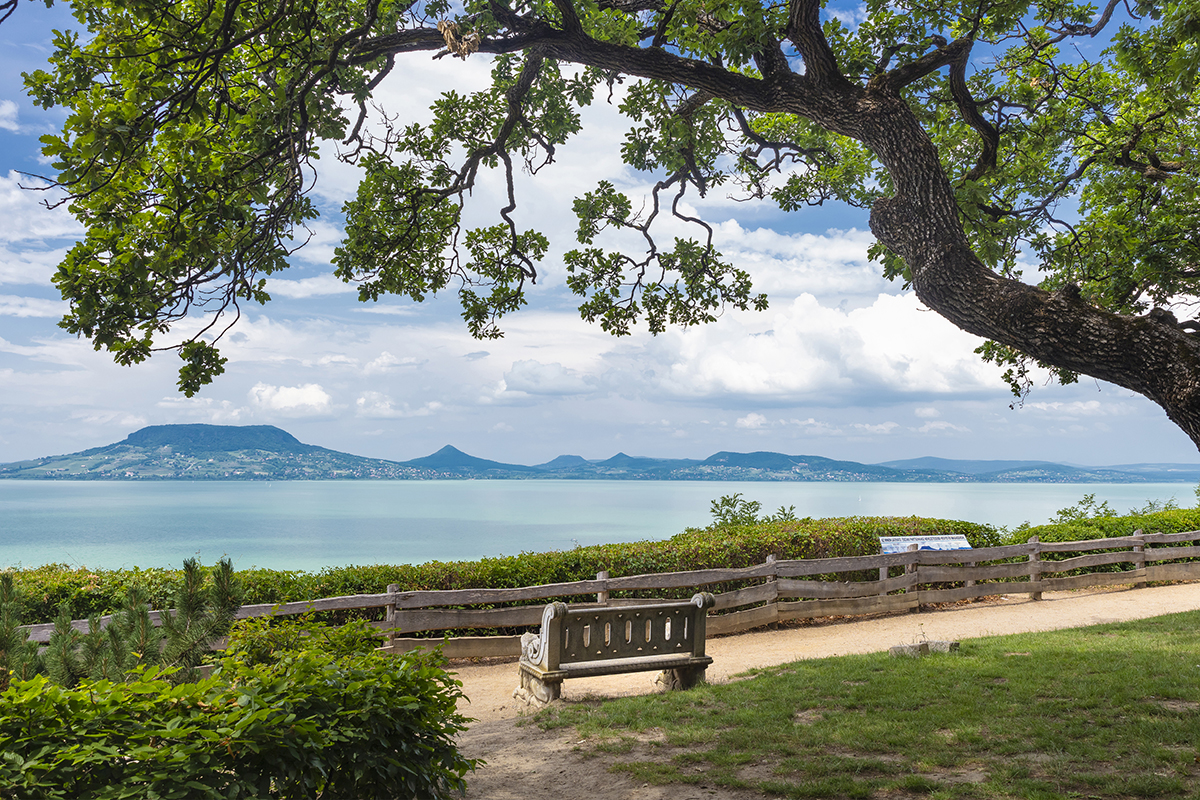 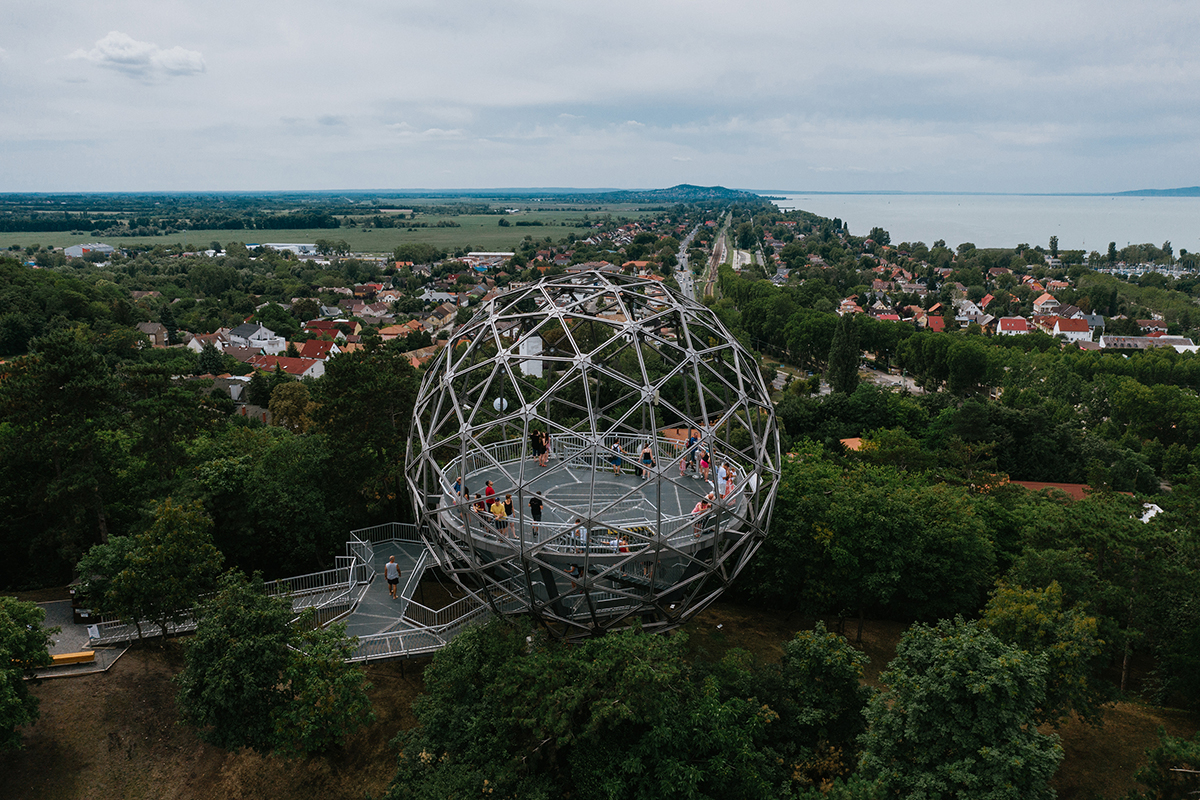 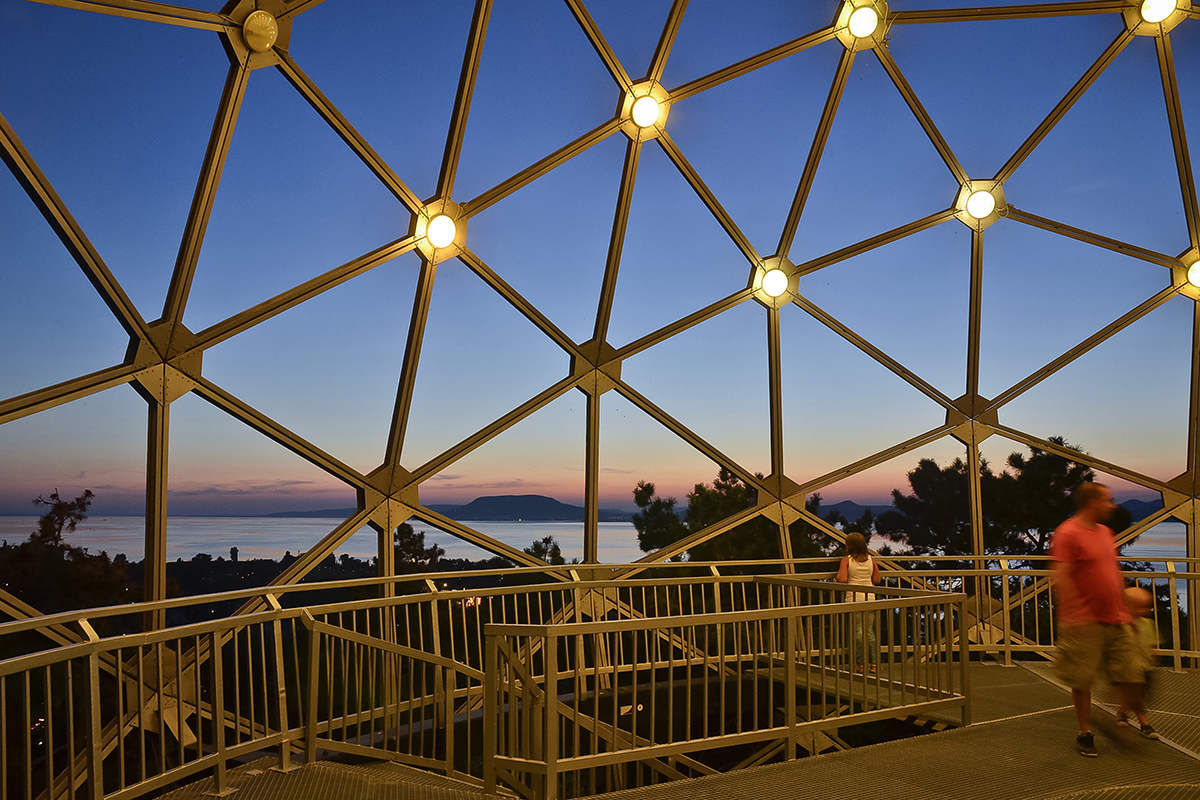 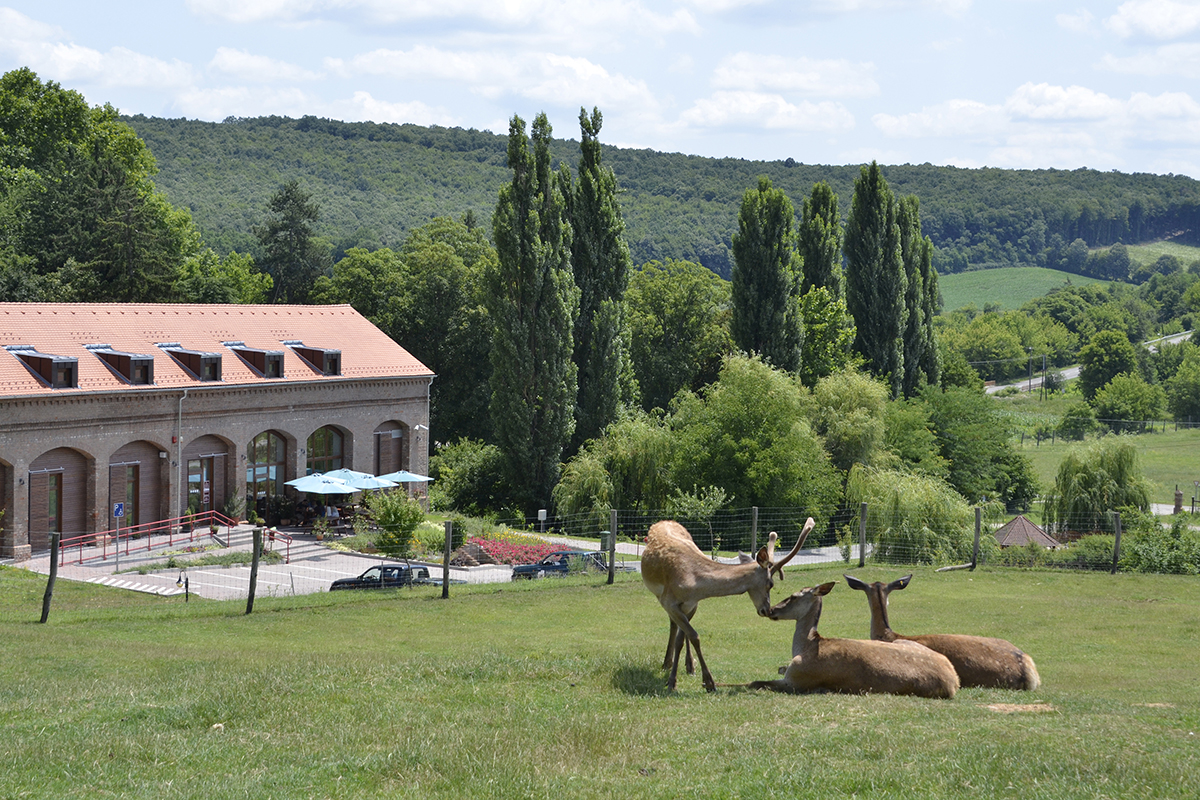 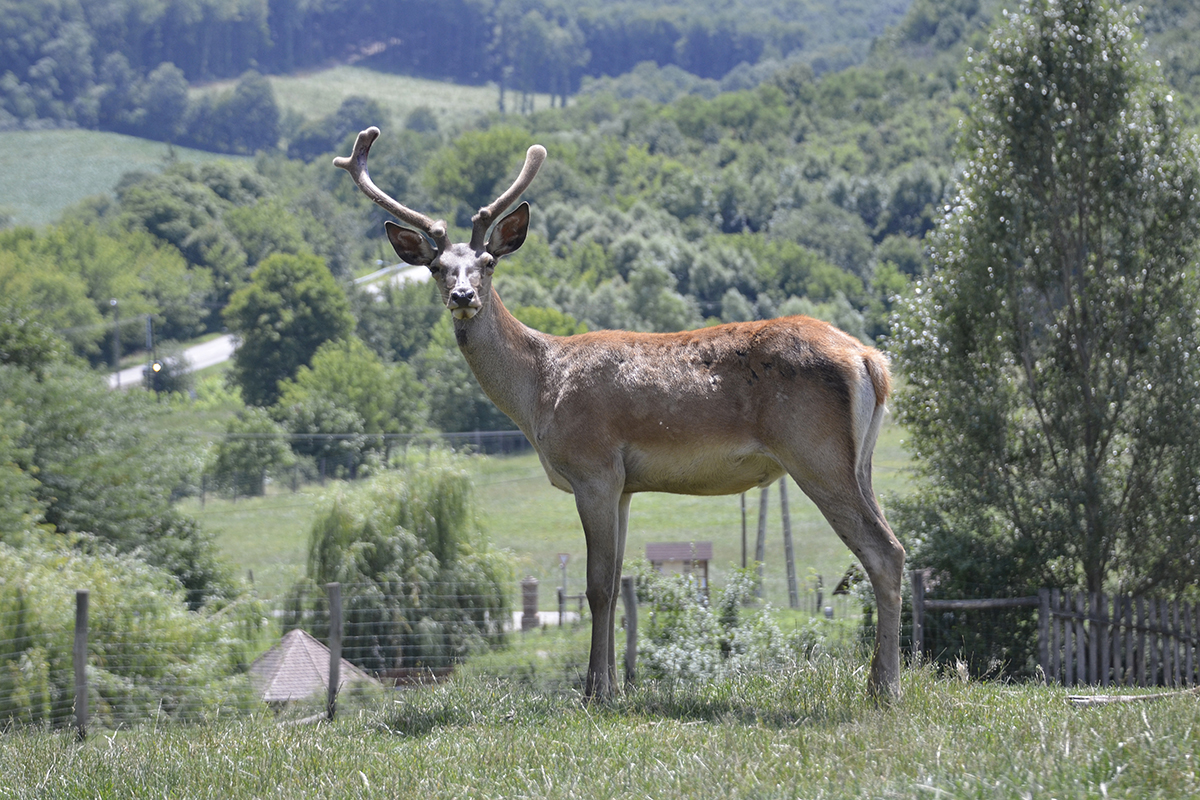 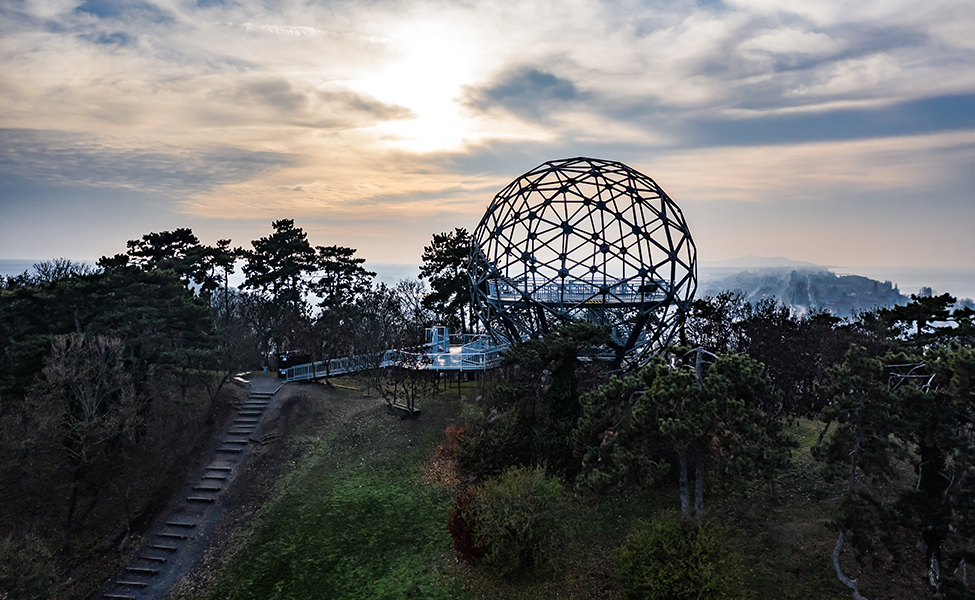 Visit the iconic Gömb Lookout and admire the sunset over the Balaton from Kishegy in Lelle! 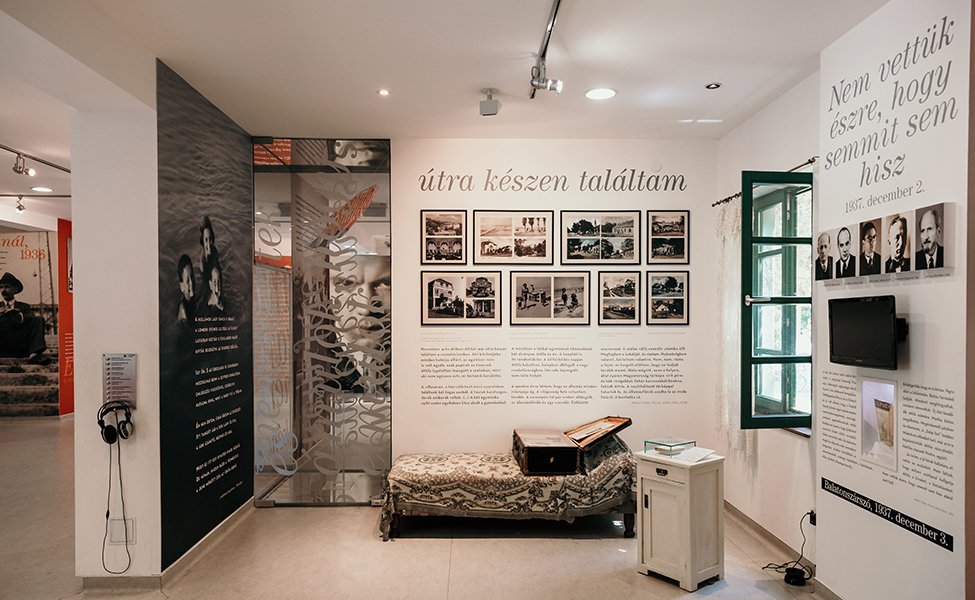 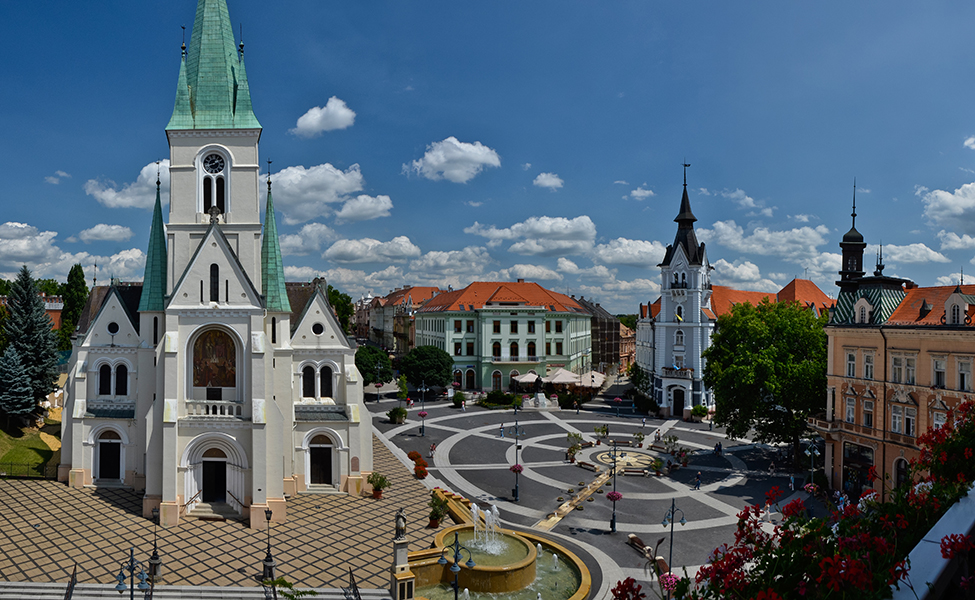 Discover Kaposvár, built on seven hills, have lunch in Bonnya and then relax in the Igal Spa! 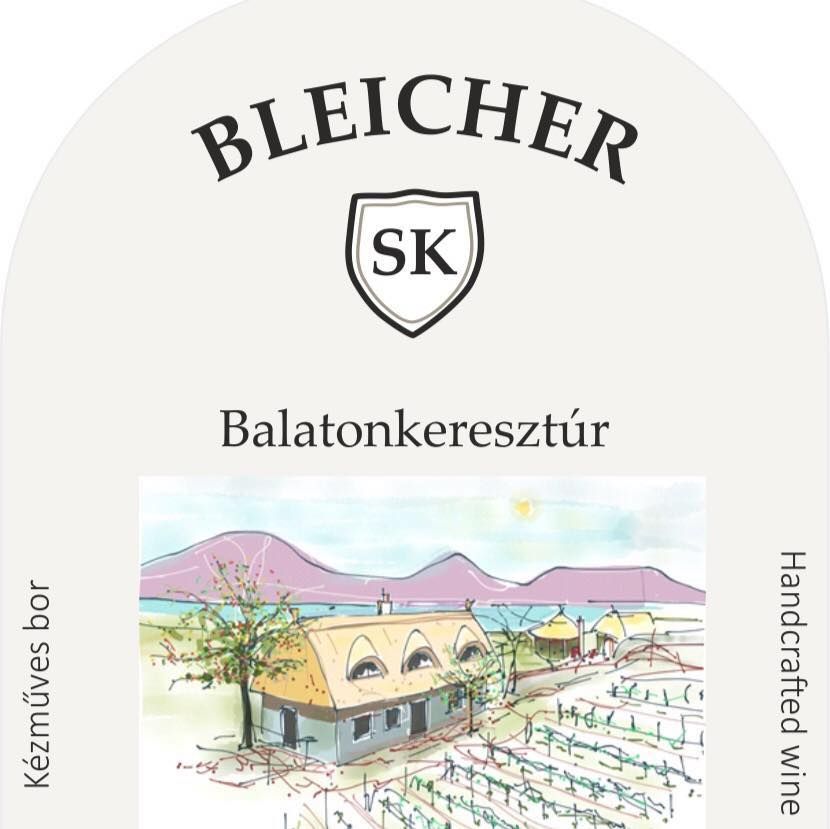 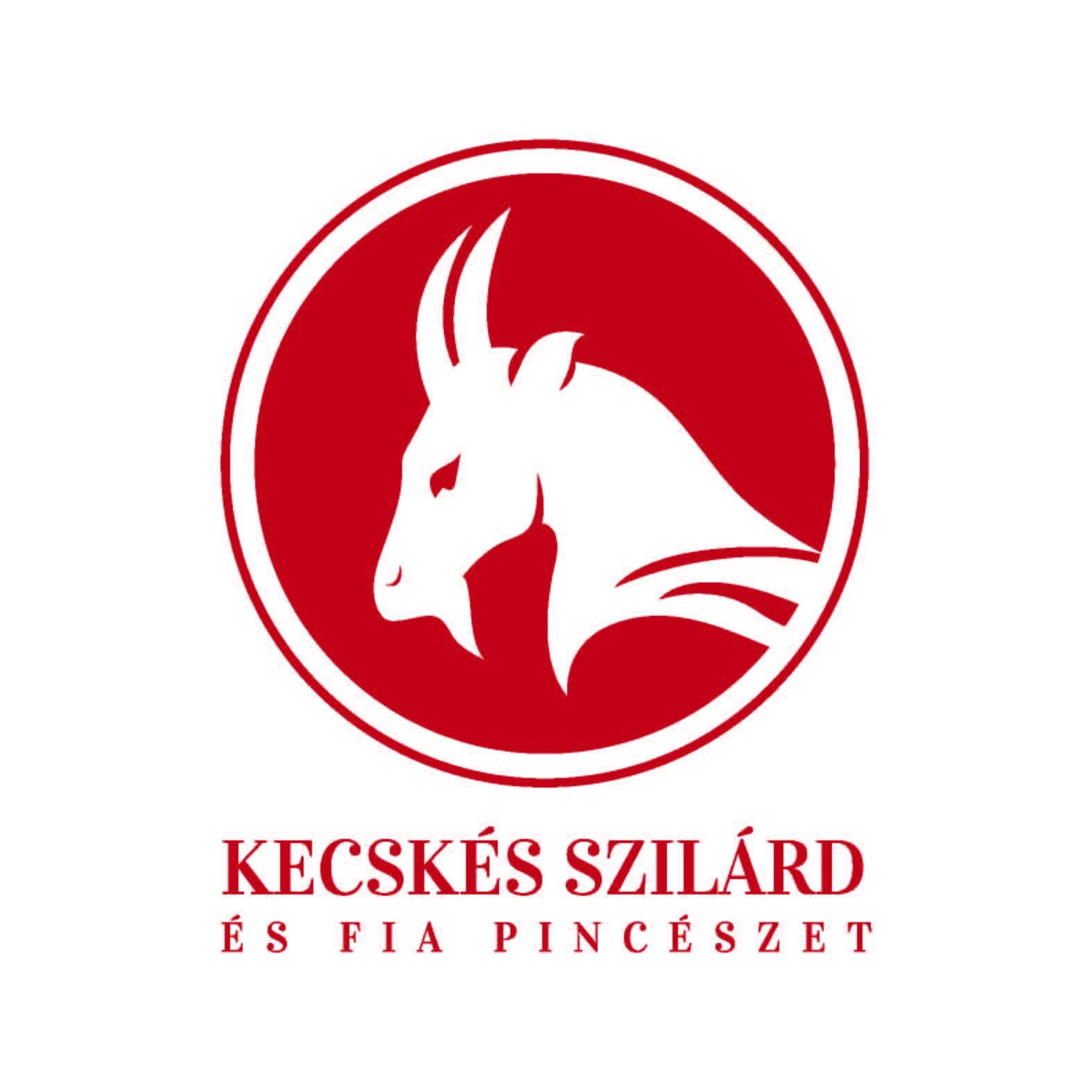 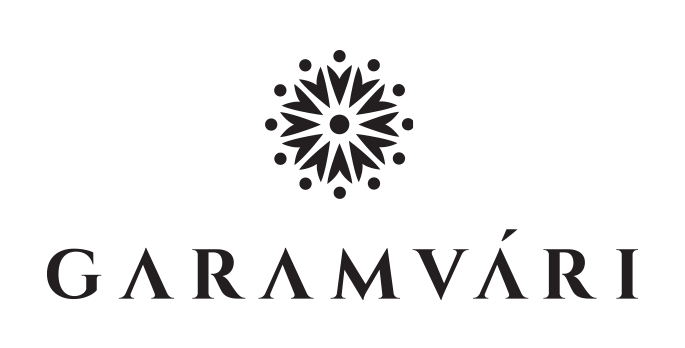 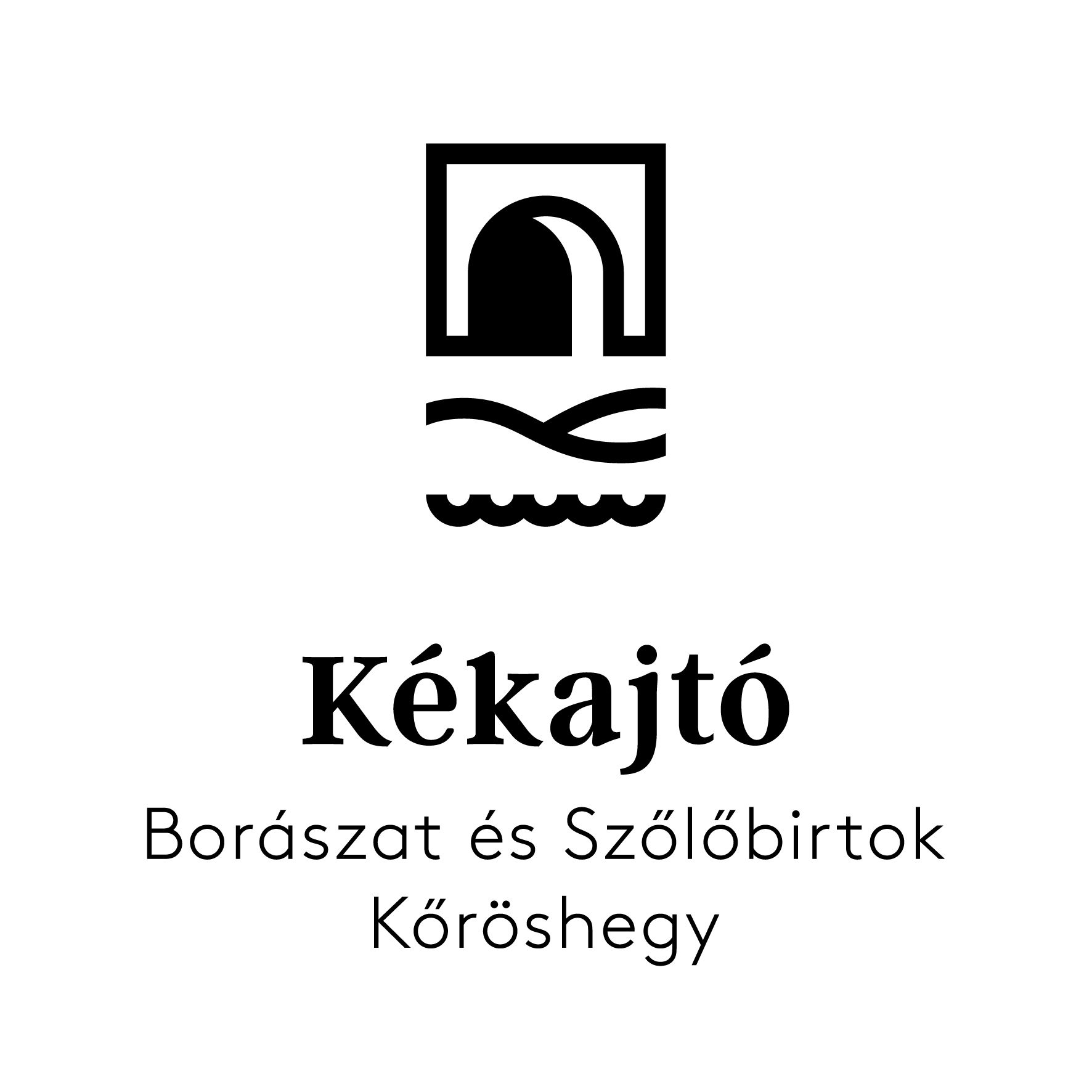 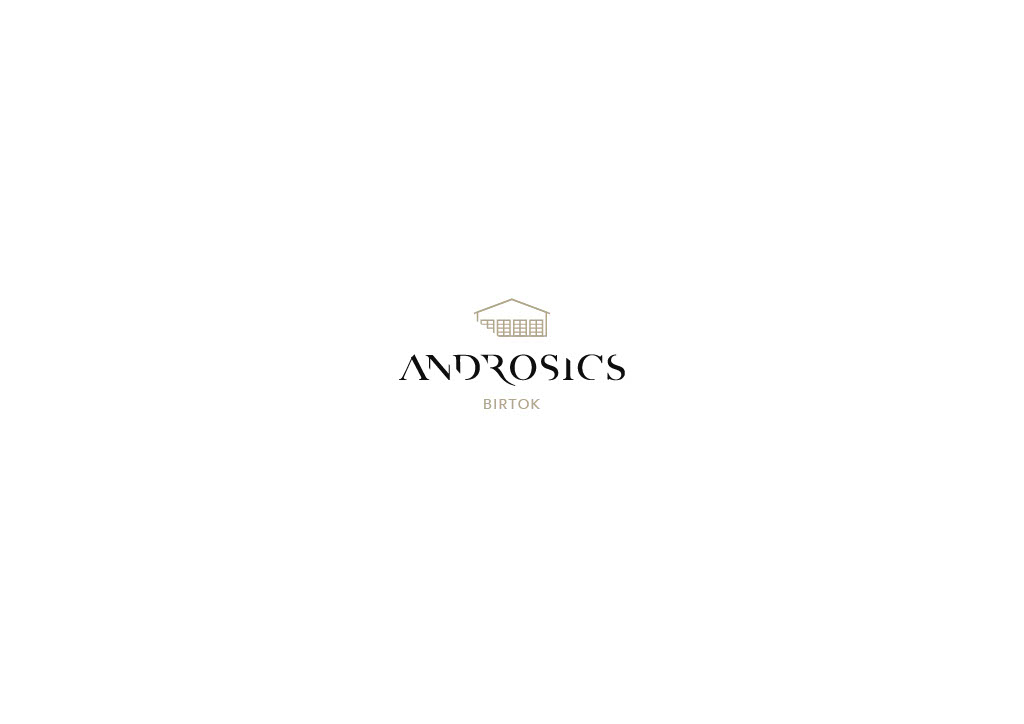 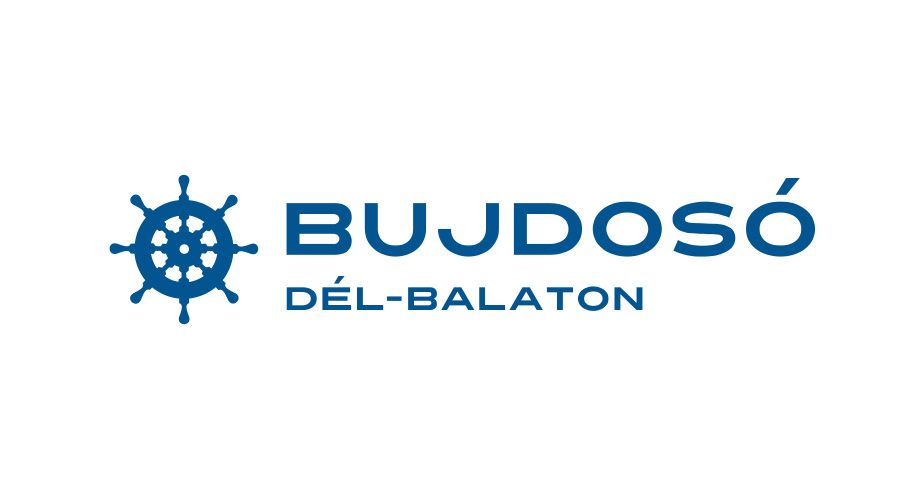