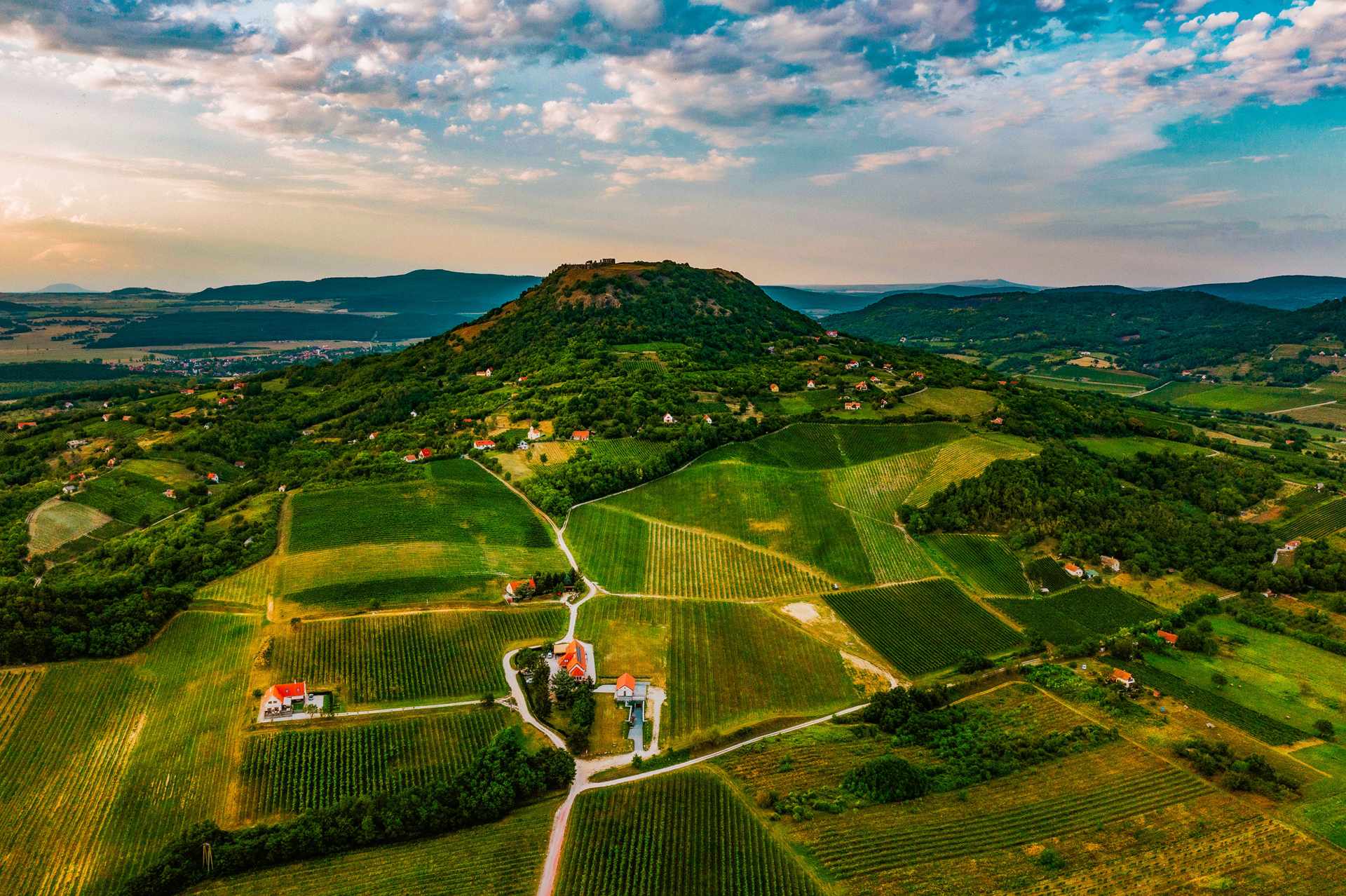 Vineyards line the hills and foothills along the northern shore further from the western tip of Lake Balaton. However, the logic behind the borders of the wine region is not entirely clear, with little ob-vious geological or geographical cohesion in the mosaic like area. So, you could encounter three wine districts within just a few villages.

The wine district is located on the foothills of the Keszthely Mountains, except for the villages prefixed by “Vindorny” and Zalaszántó, which are part of the Zala wine district. Marked hiking trails set off into the mountains from quite a few of its towns and villages, and you can even plan several-day hiking tours. In Balatongyörök, you can take beautiful photos of Badacsony from the lookout next to the road, but the higher you go along the outskirts of Balatonederics or Nemesvita, the more beautiful the view that unfolds before your eyes. There are vineyards below you, then volcanic buttes that stand out from the wetland, some of which have castle ruins, and finally the waters of Lake Balaton. In addition, you can find one of the most interesting things to do in the mountains just above Balatonderics, where you can sign up for a guided tour in the Csodabogyós Cave. But beware, it’s not a cave with pathways, you really have to slide about and climb, and wearing a headlamp! Further down the road, children can chill out in the Africa Museum, as well as in the Western Park on the edge of Nemesvita. Speaking of Nemesvita, it is perhaps one of the most beautiful little villages in the entire Balaton Highlands; its atmosphere really captivates everyone.

If you head from Sümeg to Csabrendek in the afternoon, it’s well worth exploring the Mars like landscape of the nearby former bauxite mine, and you can also climb up and discover the carved tombstones of the Jewish cemetery hidden away under the pine trees or continue on towards the top of Rendeki Hill, from where you can see Sümeg and its castle below, bathed in the sunset’s golden light.

Meanwhile, on the other side of the mountains, there are the castle ruins in Rezi, the Dino and Adventure Park and one of the Balaton’s most charming beaches in Gyenesdiás. While in Hévíz, one of Hungary’s best-known natural attractions, Lake Hévíz, also known for its therapeutic effects is open all year round for hikers and those just wanting to relax; you can even go kayaking in winter on the warm water stream connected to it. It is not actually part of the wine district, but if you are nearby, you should definitely stop off in Keszthely, the capital of the Lake Balaton’s western basin! The “Night of the Library” walk held in Festetics Chateau is really unique – tickets for this generally run out months in advance. If you don’t manage to get in, there’s no need to despair as you can also explore the sights of the pedestrian zone, discover the Goldmark House and Synagogue or the Lake Balaton Museum.

The foundations of the Várvölgy church date back to the time of King Charles Robert, while the three “Lesencefalu” are once again winning people over with their wines. Heading north, you end up in Sümeg with its castle and vineyard spreading out below. You can soak up the atmosphere of the Baroque town centre and enjoy its wines. It’s also worth visiting nearby Sümegprága for a real gastronomic experience. Sümegprága not only produces delicious cheeses, but Gundel’s former legendary chef Kálmán Kalla lives here and also runs a guest table once a week, where you taste his cooking! Nearby Zalaszántó in the Zala wine district is home to the largest Buddhist shrine in Europe.

Monostorapáti also belongs to the wine district, and it and the following villages host one of the best-known festivals in the country each year. Are you familiar with the following names, Taliándörögd, Vigánpetend and Kapolcs?

To the east, crossing the Badacsony wine district, the wine district boasts villages such as Zalahaláp, with its half-mined volcanic butte, Prónay Chateau and the ruins of the medieval church in Ódörögd, and the countryside of the Kál Basin. You could base a whole book on the latter, and indeed some have already been written, so here are just some highlights. Vineyards, stone seas and medieval noble villages, market towns, former wetlands, basalt-covered hills and forests, mineral water and a gastronomic revolution, cosy accommodation and small restaurants, which are all connected to the word stone. Also, Kőveskál has defined itself as a foodie village, with plenty of hiking and cycling tours, accommodation and restaurants in the area. However, the atmosphere of this countryside and the wines that reflect it are what make you feel that you could live your entire lifetime here. Perhaps this is how it is, perhaps this is how it should be, as even if you hurry, a week is not enough to fully experience the Kál Basin.

The wine district is at the culinary forefront of Hungarian wine districts, mainly thanks to its winemakers as well as its like-minded chefs and food producers. For example, all the settlements of the Kál Basin offer numerous gastronomic experiences and venues which raise the region’s profile to Western European levels. These include bars for touring cyclists, shoreside fish grills and bistros as well as restaurants offering top culinary experiences. Moreover, all these places focus on local ingredients, from vegetables to meats, jams and cordials, without forgetting the wines, of course! Sümeg and its environs have also become a similarly exciting place, thanks to its vineyards clinging to the side of Castle Hill, the cheese master who moved here from Switzerland and the chef who once ran the country’s most famous restaurant and now runs a pop-up restaurant somewhere round here. The food scene around Hévíz is still in search of its own unique image, while the settlements near the lake try to put fish dishes in the spotlight, fortunately relying on local ingredients in more and more places and waving goodbye to frozen seafood versions. The typical dish of Bakonyalja is a thickened soup with potato dumplings, hereabouts it is known as gölödin potato soup, elsewhere it is known as gülegüle soup, and it pairs really well with a good Siller. The fruit from the orchards that once grew on the vineyard hills often used to be eaten with curds and whey in the summer, in the form of a chilled soup. Try this dish with a glass of rosé, maybe even one with a little residual sugar.

Looking at a map of the wine district, you may become unsure of where you are actually going, as the regions alternate here in a mosaic-like fashion. The Kál Basin, for example Gasztrofalu, or, belongs here. This is where you will find Köveskál, which has made a name for itself as Culinary Village. It is no coincidence that they also organise the year’s first event, the Furmint Days in February. In summer, The Wine brings you together in Keszthely! series of events awaits wine lovers, while the Györök Wine Promenade in Balatongyörök and the Gyenesdiás Wine Days also take place then. Wine rears its head in Héviz at the end of the season too, with the Hévíz Wine Festival taking place at the end of August, which, outside Budapest, is where most foreign tourists will come across Hungarian wines. You can visit the Kál Basin again towards the end of the year, in October, when the Kál Festival takes place in Köveskál. The focus here is not only on wine but also food, which is hardly surprising in a ‘culinary village’. 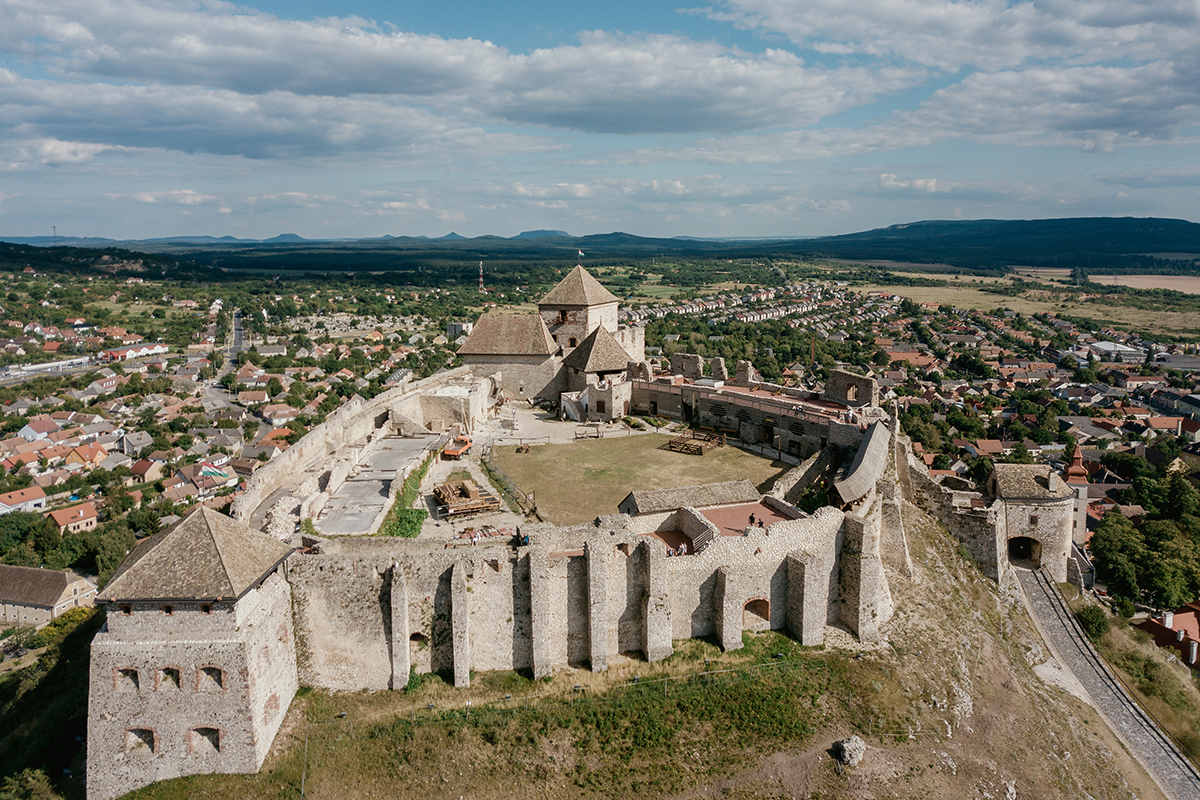 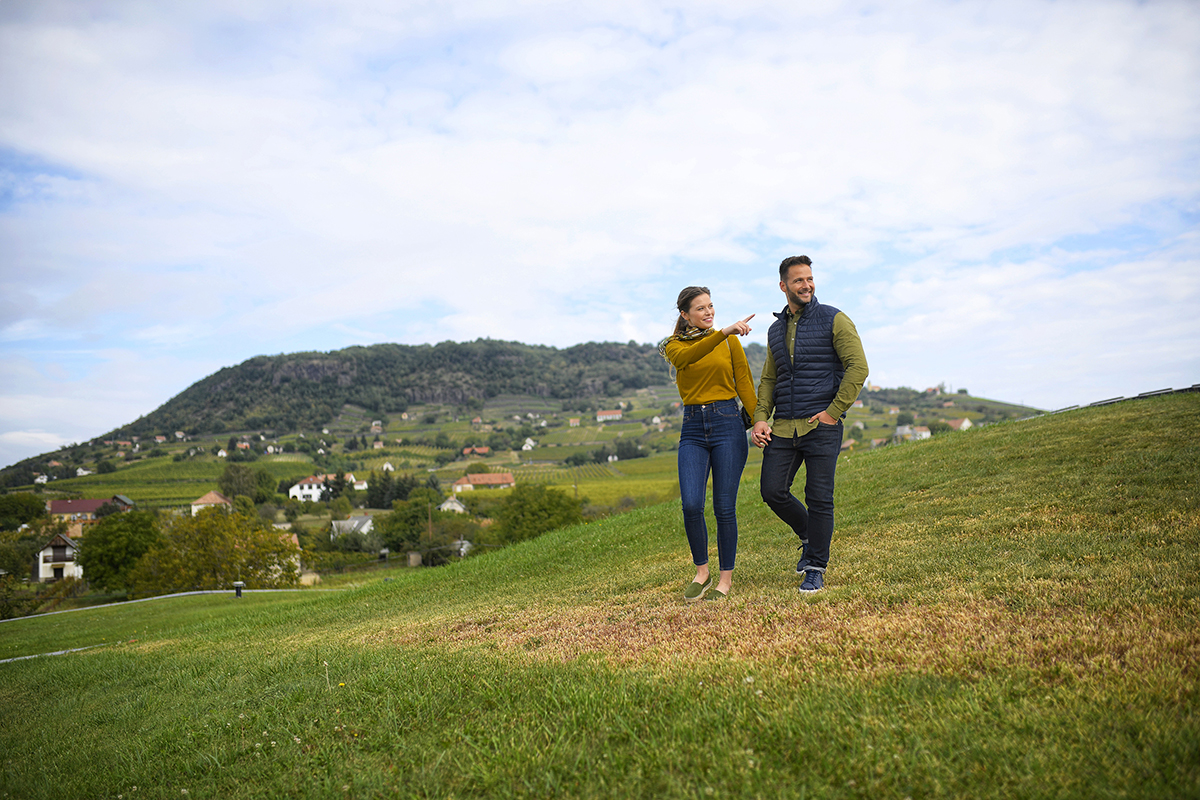 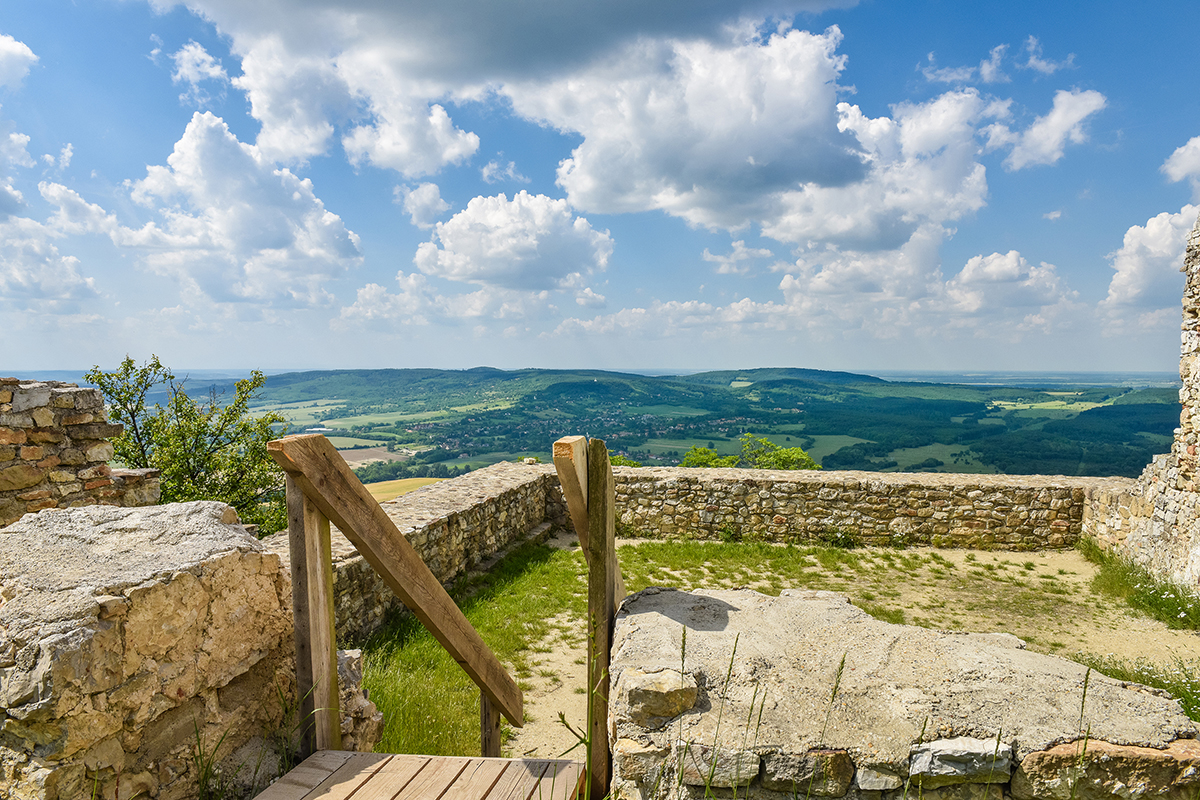 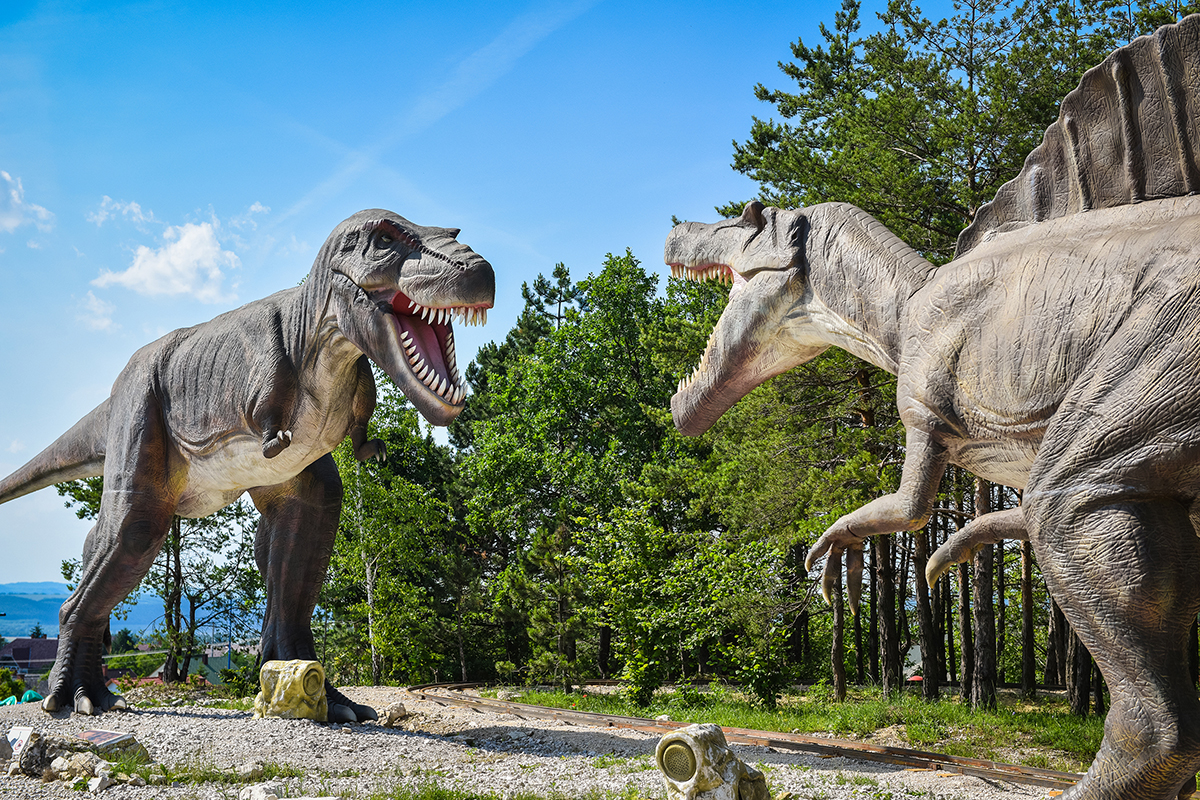 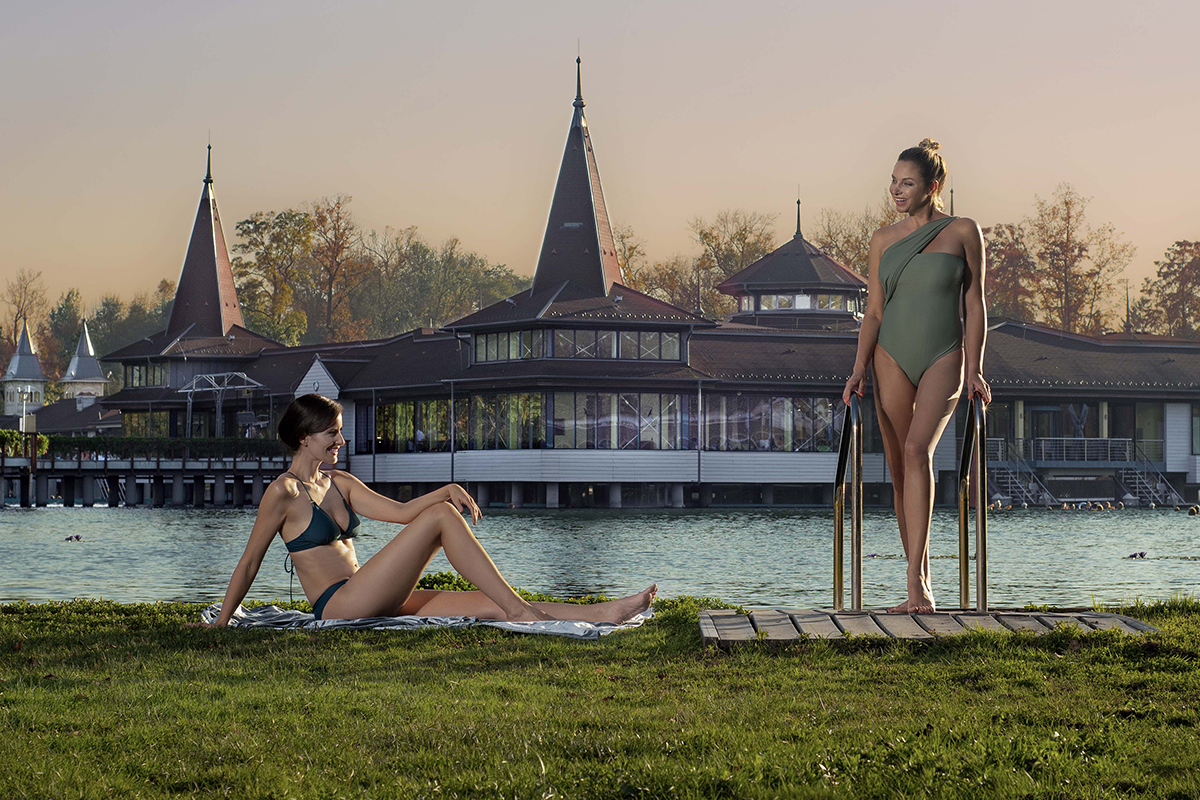 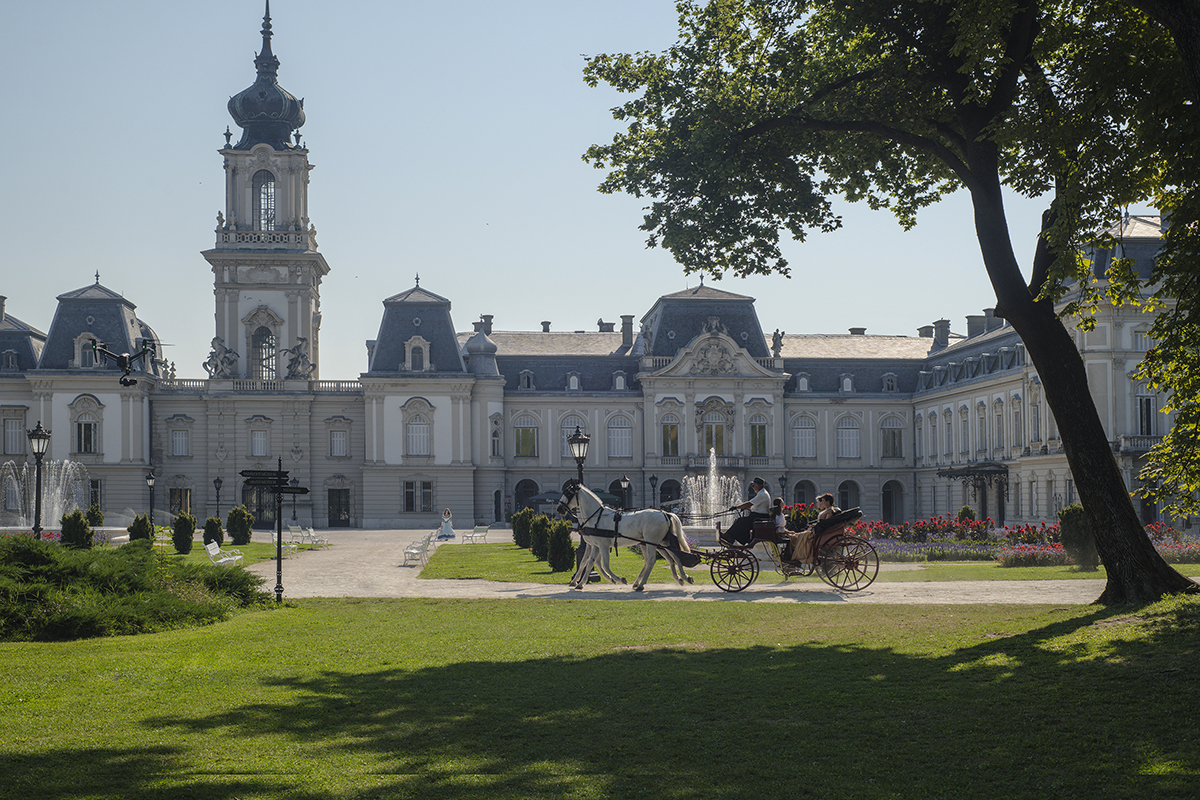 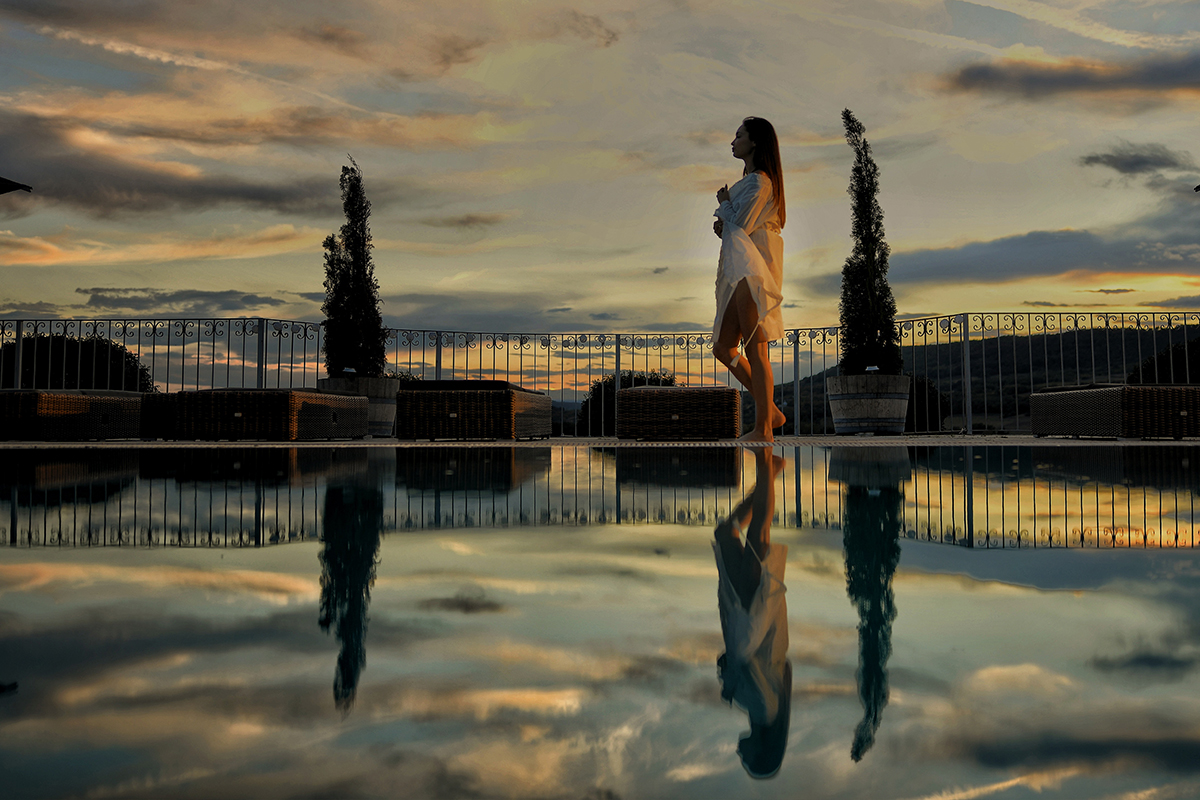 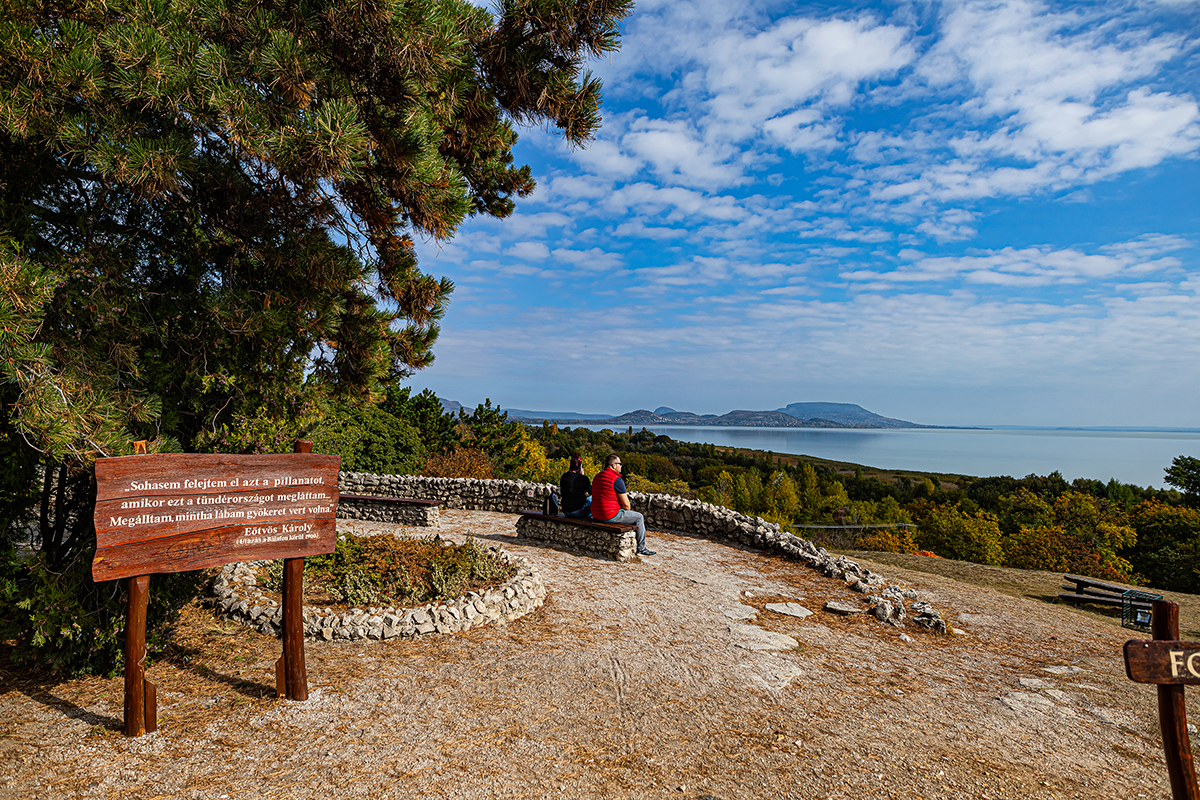 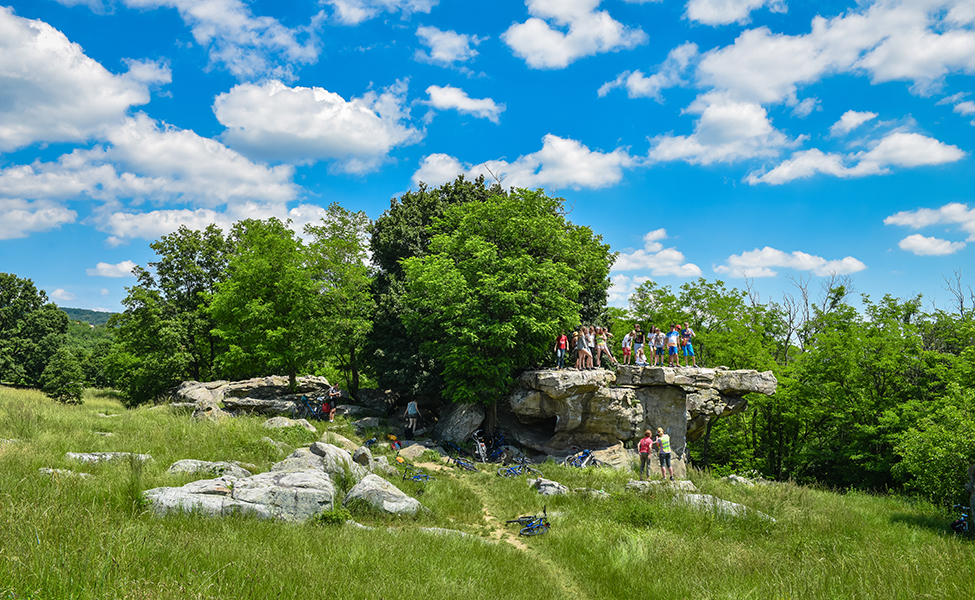 Explore the Kál Basin and climb up to the Eötvös Lookout Tower on Fekete Hill for an amazing view! 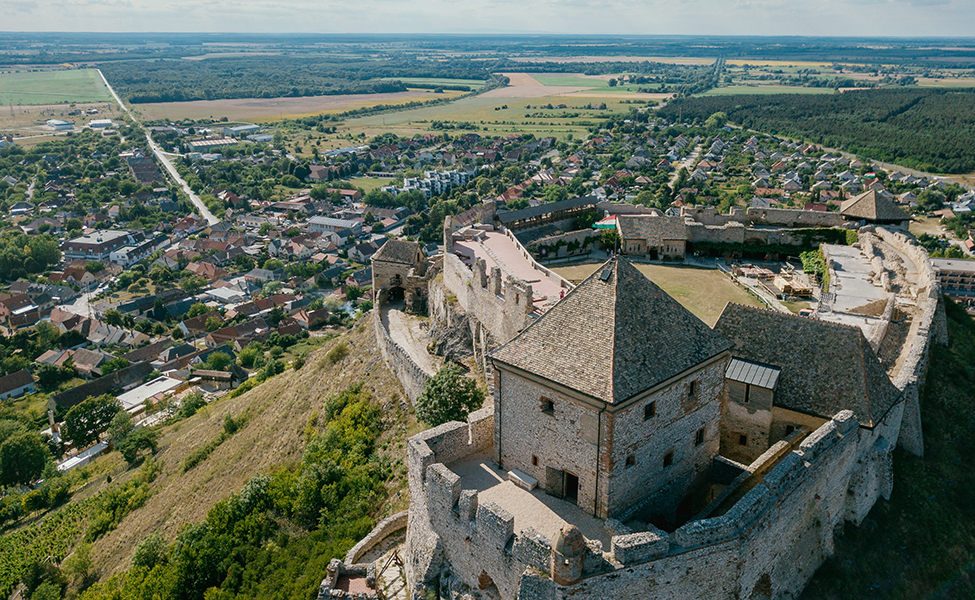 Have a snack in Gastro Village Köveskál, visit Sümeg Castle and enjoy a wine tasting at a Sümeg winery! 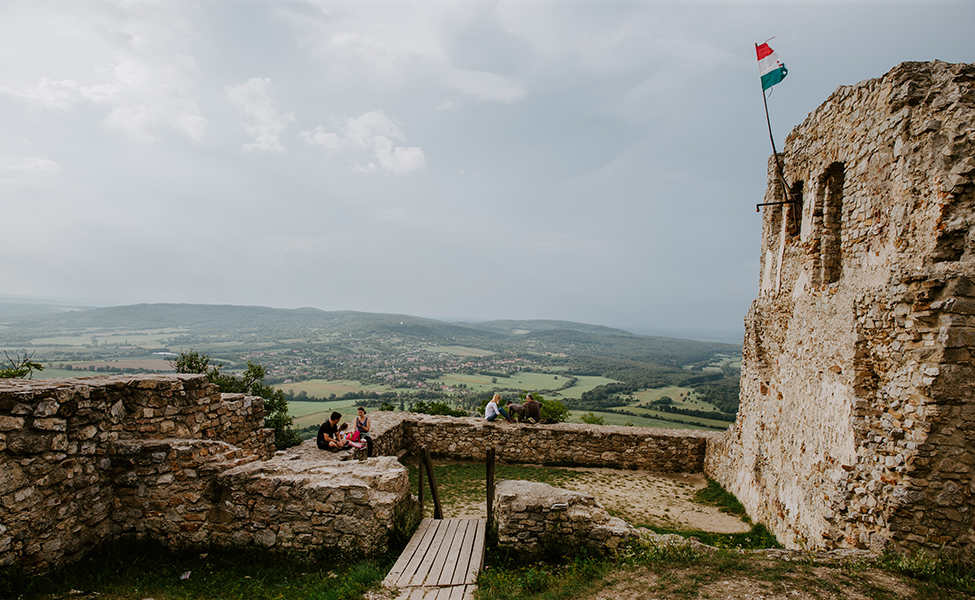 Enjoy the view from Rez Castle, descend into Csodabogyós Cave and then bathe in Lake Hévíz! 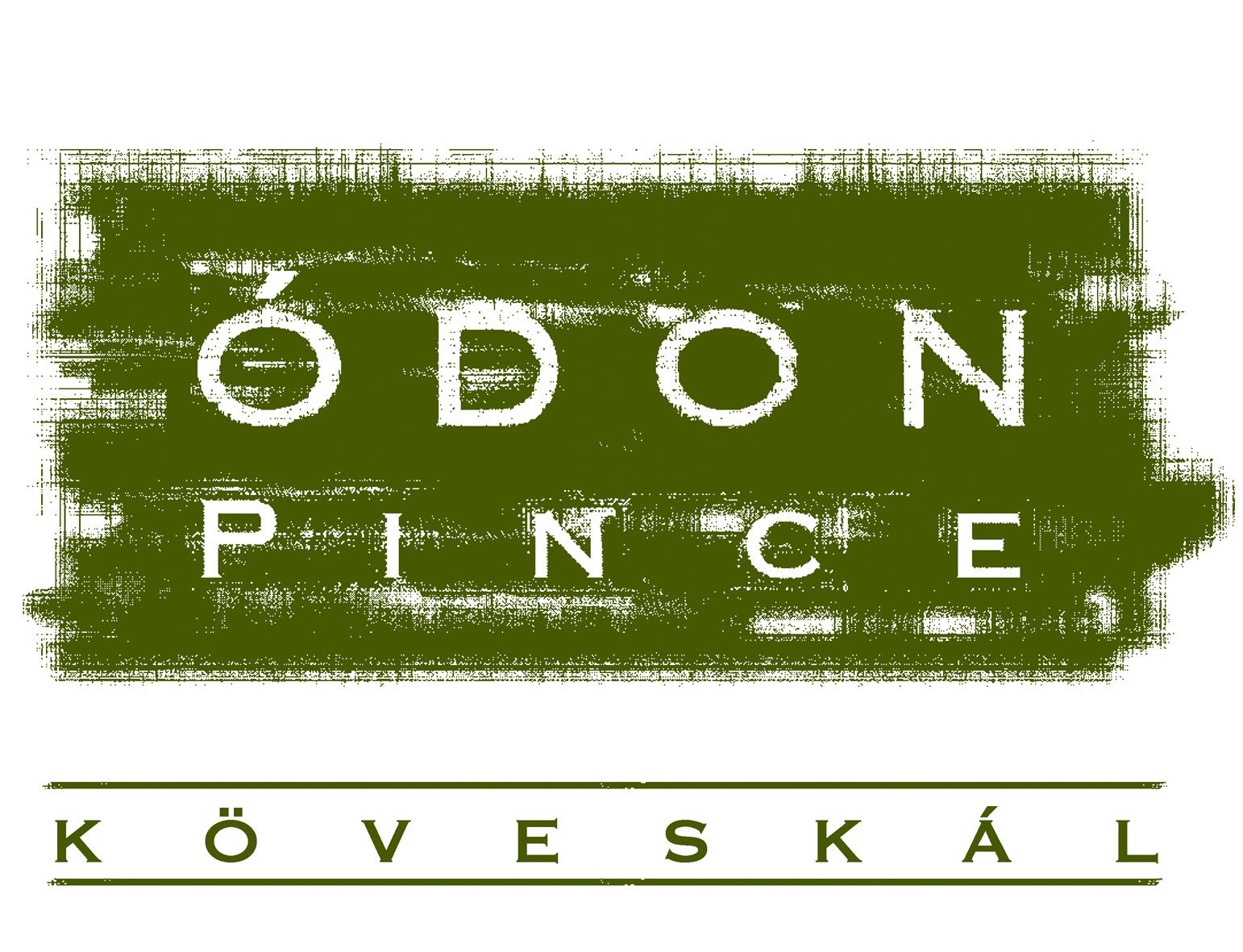 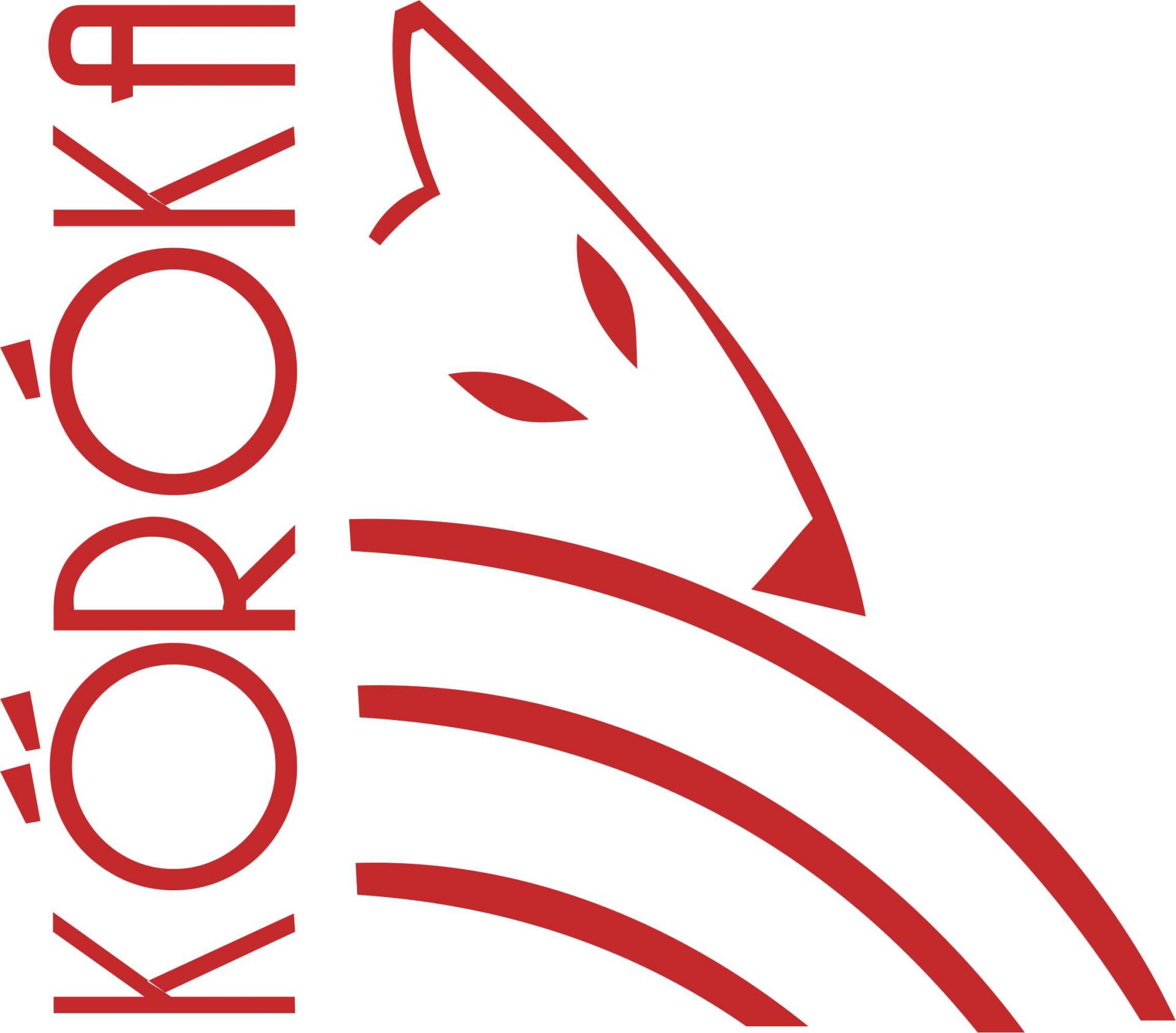 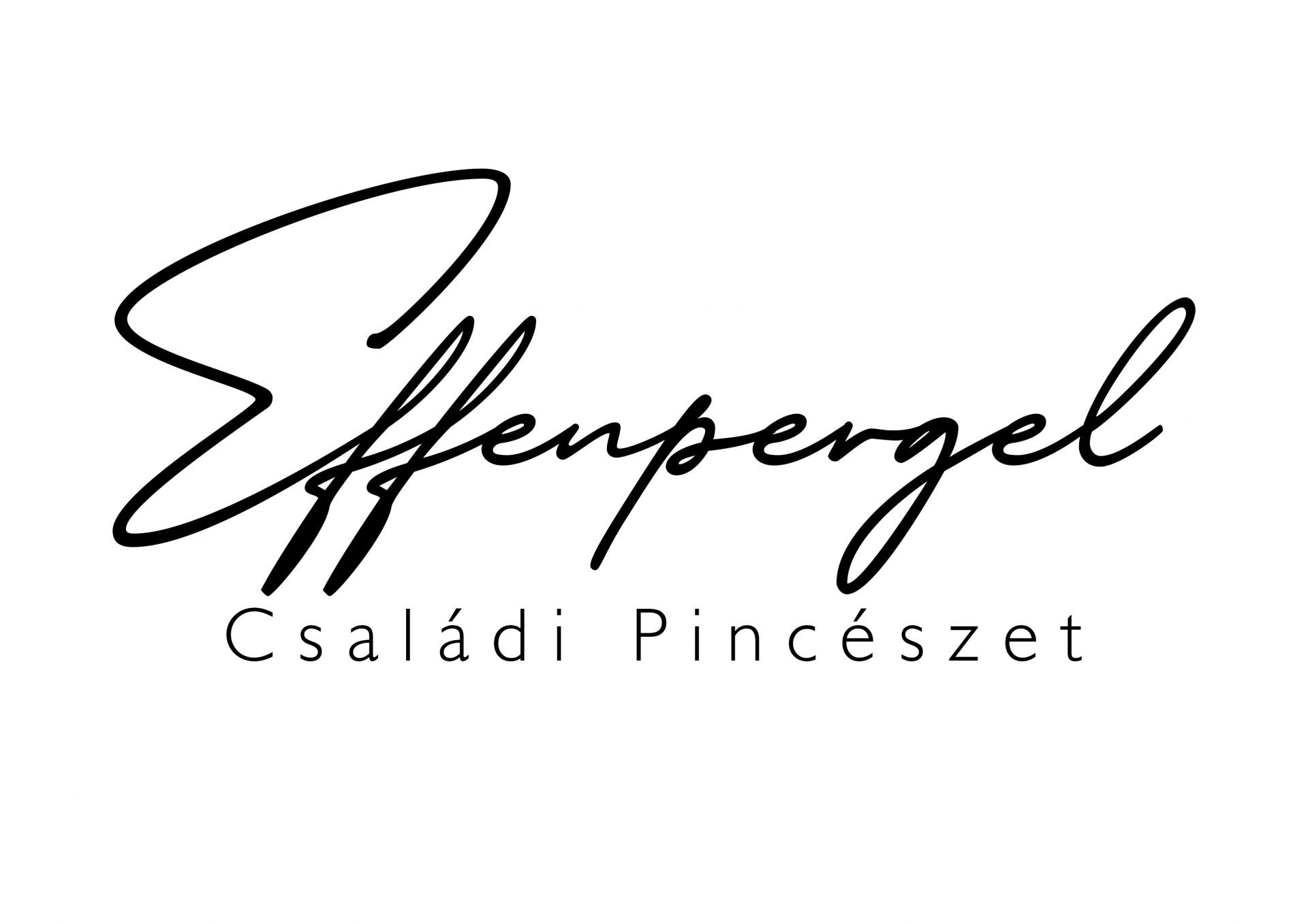 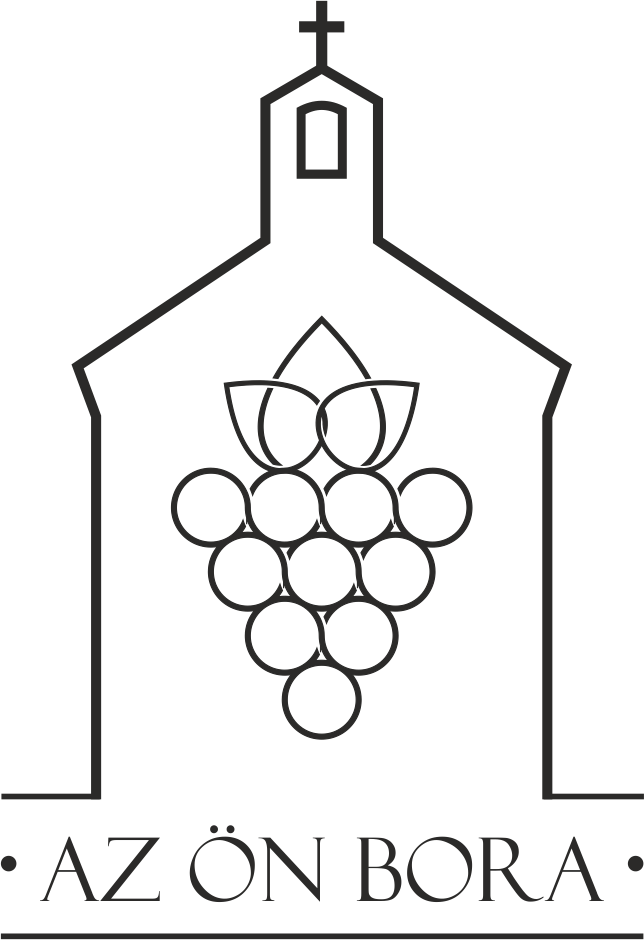