A true Central European variety whose origin is not entirely clear, despite boasting a wealth of exciting stories and legends. According to the latest research, it probably originated on the territory of present-day Austria and is a natural crossing of Blaue Zimmettraube and Gouais Blanc. It is first mentioned in Austria (as Blaufränkish) and Germany (known as Lemberg in the state of Württemberg) in the mid-1800s. It was first mentioned in Hungary in 1890, its old synonym was Nagyburgundi. According to Napoleonic legend, the Sopron winegrowers had to be paid with the more valuable ‘blue francs’. This, however, might well only be a legend, as Sopron was rather planted to white varieties at that time and the variety was only registered in the country later.

It has large, undivided leaves, moderately dense clusters and medium-sized, thick-skinned, dark blue berries. It is a high-yielding variety which buds early and ripens late.

It is the most widely planted variety in Hungary, cultivated on almost 8,000 hectares, meaning that half of the world’s Kékfrankos can be found in Hungary. Sopron is undoubtedly Kékfrankos’s most important wine district, where it makes up more than half of the vineyard area; this is followed by the Szekszárd wine district. In terms of quantity, the most vines can be found in the Kunság wine district, followed by Eger. And if we glance at Hungary’s western neighbours, it is the most common PDO wine in the Austrian Burgenland - in the Eisenberg, Mittelburgenland and Leithaberg DACs. In Hungary, in the Eger and Szekszárd wine districts, it is not only produced as a monovarietal wine, but is also found in their Bikavér blends; indeed, the main variety in each case has to be Kékfrankos. The emphasis here is on terroir and style, rather than on the varieties; however, Kékfrankos endows Bikavér wines with freshness, fruit and spice, with red berry fruit dominating the wines in their youth. The Sopron wines are characterised by high acidity, fresh fruit and a certain firmness together with sophisticated, silky, light tannins and intense fruitiness. The Kunság wine district generally produces rosé and light, fresh fruity red wines from the variety.

If it had to be summed up in one single sentence, you could say that it is a versatile, high-quality variety. It can yield not only rosés and fruity reds, but also appealing wines in the form of full-bodied, oak-aged wines and the abovementioned blends. Its wines are most often (depending on the style) fresh, fruity and reminiscent of strawberry, raspberry and violet with floral and delicately spicy notes. It is characterised by pronounced acidity and moderately intense tannins. It adapts well to various terroirs and shows an affinity for barrique ageing. Wines made from Kékfrankos are appealing from various aspects. It is the most planted variety in Hungary today, is capable of high quality and diverse styles, is also able to reflect the characteristics of the terroir and is a true local, Carpathian Basin variety. 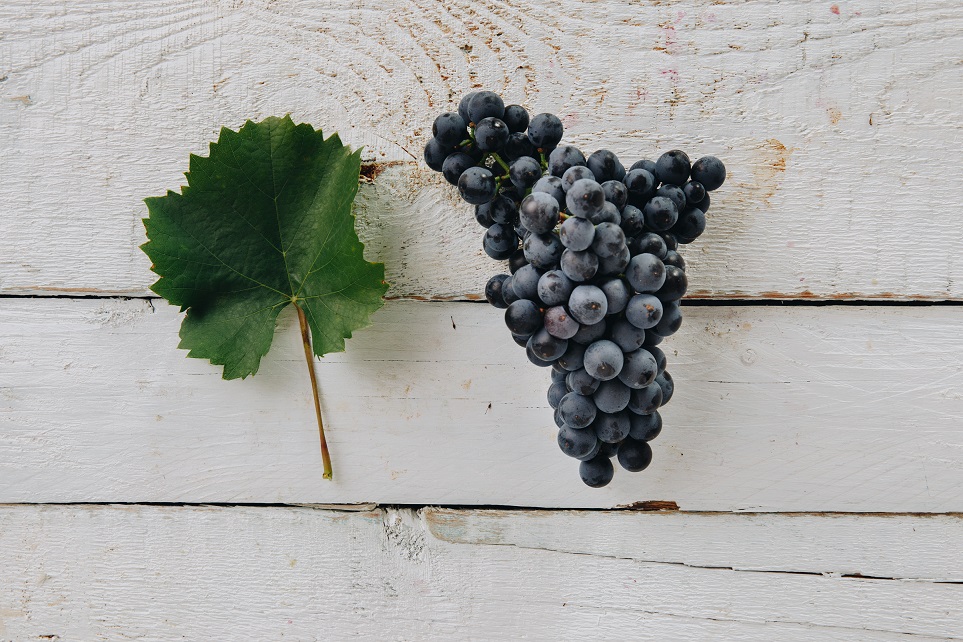 Kékfrankos is one of the most popular black grape varieties in Hungary. It is popular both as a monovarietal wine and in blends. The most popular, best-known Kékfrankos-based blends are, for example, Egri and Szekszárdi Bikavér. It is a versatile, high-quality variety and can make wines in many styles. Wines made from Kékfrankos range from light rosés to high-quality oak-aged styles, which are very food-friendly and can be enjoyed all year round. Kékfrankos rosé and lighter styles of red pair well with tomato dishes, pasta, pizza, roast vegetables, casseroles, ragout soups and Hungarian soups, particularly spicy fish soup, while full-bodied styles are delicious with fried or grilled liver, roast meat, meatloaf, venison stew and roast venison. Choose the latest vintages of rosés and light reds to best enjoy their freshness, while full-bodied Kékfrankos will benefit from laying down for a couple of years before drinking. Always store in a cool place, away from direct sunlight and heat, to best preserve its aromas. Serve reds just below room temperature and rosés at 8-10°C in a tulip-shaped red wine glass. Ingredients that best match the flavour and texture of wines made from Kékfrankos include root vegetables, potatoes, Jerusalem artichokes, mushrooms, beetroot, aubergines, tomatoes, mature cheeses, goose, duck, game birds and offal as well as pork, veal and lamb dishes.