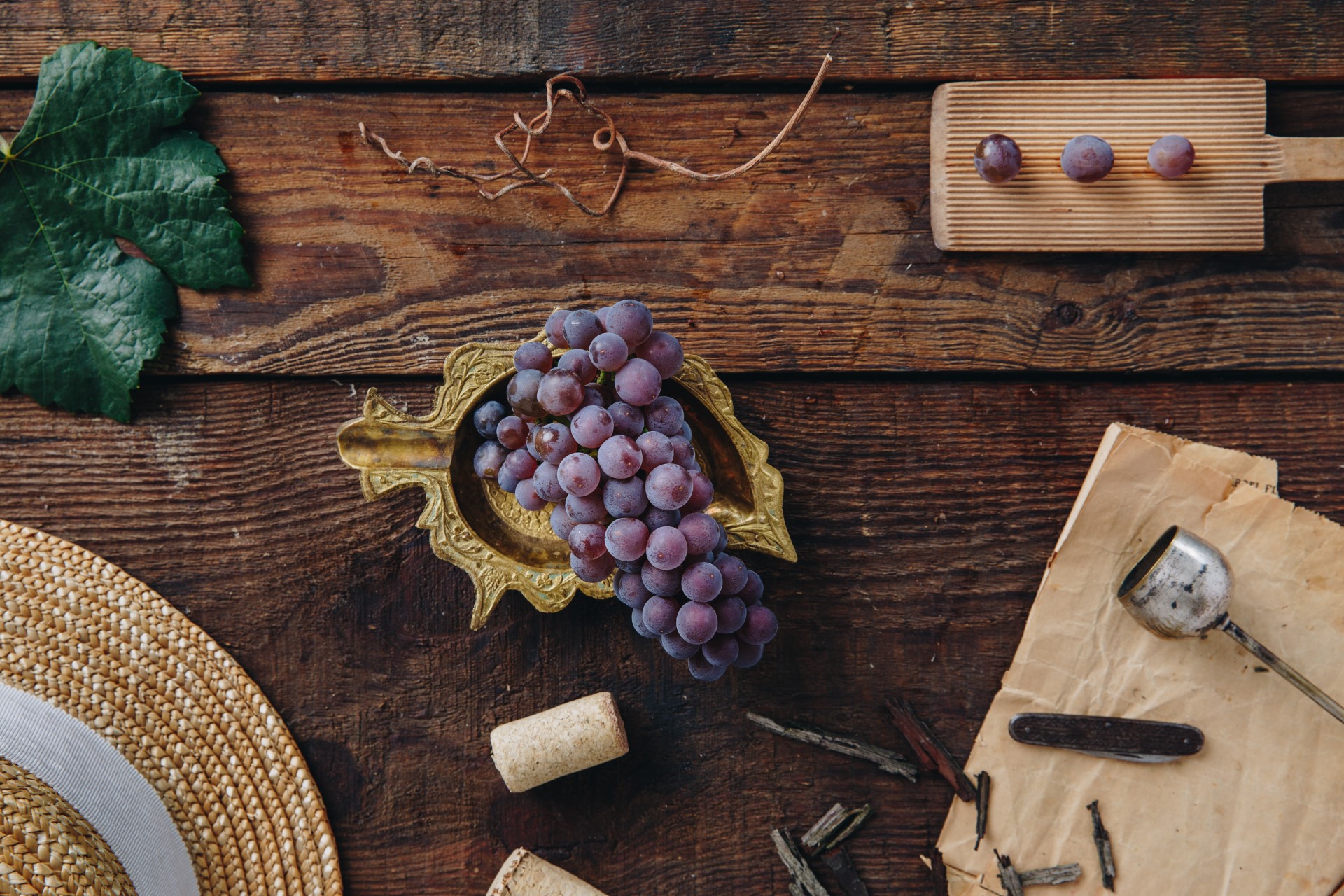 It has many synonyms around the world. It is known as Pinot Gris in France, Pinot Grigio in Italy, Grauburgunder in German-speaking countries, although if it has some residual sugar, it may also be known as Ruländer, while in Hungary, it goes by the name Szürkebarát. And we could go on. The story of its origins is, however, somewhat simpler, as it is a mutation of Pinot Noir. The colour of its berries is much deeper than typical for white grapes, with its colour ranging from pink or purple to deep red. It is characterised by early budburst and early ripening with abundant vegetation and sugar-generating ability. However, it does tend to drop its acidity quickly.

It has large, lobed leaves with compact, dense clusters and small berries. There are many colourful stories about its Hungarian name, Szürkebarát. Most probably, monks from the Cistercian order brought it to Hungary in the 14th century, and it got its name from their clothing. The German translation of the Hungarian name – Grauer Mönch, or Grey Monk in English - is no longer used at all in the German-speaking world.

Besides France, principally Alsace, it is a widely planted and fashionable variety in Italy, but it can also be found in Austria, mainly in Styria, Germany, mostly in Baden, as well as in the United States and New Zealand. The variety yields diverse and enticing wines, which boast as many names as places it’s grown. It is cultivated on 1,720 hectares in Hungary, with the highest proportion of plantings in Badacsony and the largest quantity, 500 hectares, in the Mátra wine district. Essentially, the names of these two wine districts are associated with the popularity of the variety in Hungary. With the right attention, rich, full-bodied wines do not have to suffer from a lack of acidity. It thrives on the warm volcanic soil, indeed some of the most world’s most intriguing Pinot Gris is made here. In the right hands, the volcanic soils can endow the wines with a special spiciness, power and depth. However, just like there are two key names for the variety, Pinot Grigio and Pinot Gris, simplistically speaking, there are also two main styles: the serious, full-bodied, deep and flavourful version and the light, amenable, simple, quaffable, neutral style of white wine.

The character of any variety depends on its where it’s grown and the winemaking processes it undergoes; however, with Pinot Gris, this variance is particularly great, as it can be made in many different styles.  One possibility is a bone-dry, full-bodied with high alcohol and soft acidity; however, there are also styles with significant amounts of residual sugar or very light, crisp, neutral wines dominated by citrus and greenish notes. Riper styles boast flavours of tropical fruit, stone fruit, wax, flint, ginger and honey. Moreover, it can also produce rosés thanks to the colour of its berries.