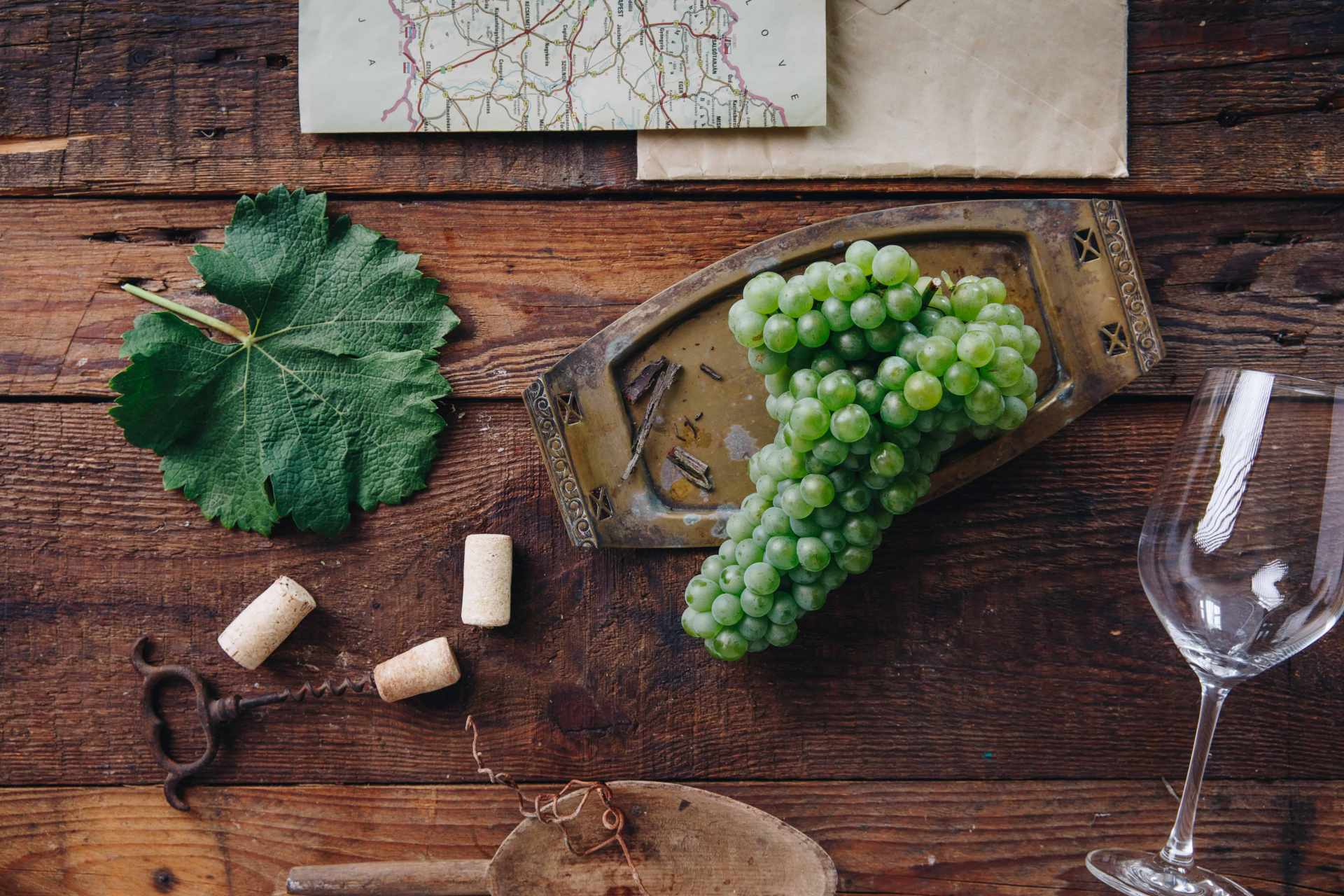 It is certainly a grape variety of French origin, which most likely started its journey around the world from the Loire and is now one of the world’s top ten in terms of plantings. Indeed, the proportion of plantings has increased steadily over the last five years, with the variety found in all major wine-producing countries. Its name most likely comes from the French sauvage, meaning wild. It is a relatively early-ripening, high-yielding variety, thus making canopy management and choice of rootstock important.

In Hungary, it has been listed in the national variety catalogue since the early 1980s. There are is also plenty of so-called “fake” Sauvignon Blanc wines around the world, which simply means it has been mixed with other varieties, such as Sauvignonasse. Cabernet Sauvignon was created as the result of a natural crossing between Sauvignon Blanc and Cabernet Franc, and the two “Sauvignons” are often considered to have similar aromatics.

It has medium-sized leaves with relatively clear lobes and medium-sized, dense, cylindrical clusters.

Outside France, the variety can be found almost everywhere in Europe. Even those traditional wine-producing countries such as Spain and Italy, which have plenty of native varieties of their own, are also taking it seriously. It has also adapted well in the New World, finding its new home in New Zealand from the 1970s, while Fumé Blanc, an oak-aged style of wine has become fashionable in California. It was widespread in Austria in the 19th century under the name Muskat Silvaner, but it is no longer permitted to use this name.

In Hungary, Sauvignon Blanc is cultivated on just over 1,000 hectares. It is statistically referred to as only “Sauvignon”, although there are other colour mutations. It is proportionately important in the Etyek-Buda, Mór and Neszmély wine districts, while the largest quantities are found in the Mátra and Etyek-Buda wine districts. It prefers cooler climatic conditions and calcareous soils, so thrives in the Upper Pannon region, and especially in Etyek.

Its aromatics are extremely rich, expressive and easily understandable. Its grapes contain methoxypyrazine and thiols which result in flavours of green pepper and tropical fruit, the quantities of which depend on ripeness. Wines are usually fresh with thirst-quenching fruitiness, while Hungarian versions are generally crisp and herbal with medium body and alcohol and fresh acidity.  The combination of elderflower, gooseberry, nettle and grassy notes together with tropical fruit, guava and passion fruit is rarely found in Hungary.

The popularity of Sauvignon Blanc has been growing dynamically in recent years and today it is one of the most popular white grape varieties in Hungary. Wines are always explosively fresh and lively, full of crisp citrus and herbal notes, elderflower and lychee. It is a real thirst-quenching summer drink, typically enjoyed on its own or in a spritzer from early spring to late autumn. However, it works well with food too and is a good choice with meals all year round. Its characteristic aromas make it the perfect pair for asparagus, wild garlic, crisp salads, fish, dishes with citrus fruit, creamy pastas, cream soups and dishes with goat’s cheese. With careful viticulture and winemaking, Sauvignon Blanc can also show a more serious face. Wines are then characterised by a creamy, dense texture, complemented by vanilla notes from ageing in new oak.

Light-style Sauvignon Blanc is best drunk when youthful, preferably from the latest vintages, while more complex, complicated wines will also benefit from a few years of ageing. Whether drunk fresh or aged, always store at a constant cool temperature, away from direct sunlight and heat, to best maintain the wine’s quality. Serve fresh, reductive Sauvignon Blanc straight from the fridge at about 8-10°C in a tulip-shaped white wine glass. More full-bodied, oak-aged Sauvignon Blanc is best enjoyed a little warmer, at about 10-12°C.