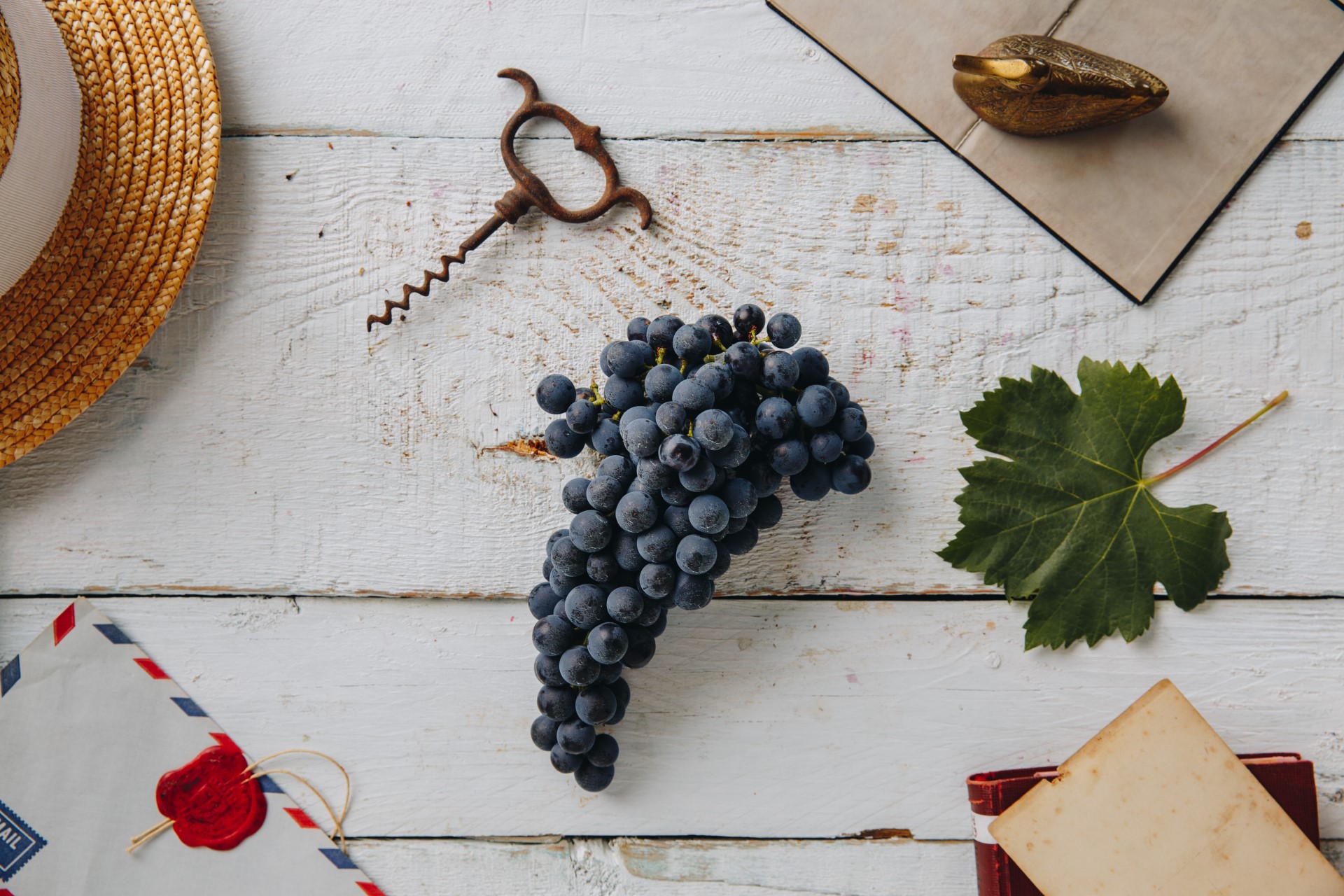 Wherever Cabernet Sauvignon is found, Merlot is never far away. And it’s no wonder, as their father is one and the same. In Merlot’s case, the parents of the spontaneous crossing are Cabernet Sauvignon and Magdeleine Noire des Charentes, with the latter being the mother. It is listed in almost forty countries and is an early-budding and flowering and mid-ripening variety. It is a popular blending partner as it has lower tannin and acidity than its abovementioned relative, thus they complement each other. The variety is thought to have got its name from the word ‘merle’, the French word for blackbird.

It has large, broad, lobed, open leaves and is characterised by long, loose clusters and deeply coloured, thick-skinned berries.

It would be easier to list where Merlot is not grown in the wine world than vice versa. It is an adaptable variety, which is generally believed to prefer cold soils, but also likes well-drained conditions. The variety is currently grown on 2,100 hectares in Hungary. The highest proportions of it are found in the Szekszárd and Villány wine districts, whereas Eger has the most Merlot in terms of quantity, thus also supporting the statement that where Cabernet Sauvignon is grown, Merlot is never far away. The variety also thrives in Balatonboglár. It can constitute a small part of the Bikavér blend in Eger and Szekszárd, while it is also used to “soften” Cabernet Sauvignon’s ferocity, adding silkiness and roundness to the wines. In hot regions, its silky yet defined tannins can add depth to wines, while its delicate spiciness is appealing in its own right.

The variety generally has a relatively deep colour, high alcohol, and medium acidity and tannins. Besides berry fruit, it boasts paprika, eucalyptus, mint and herbal notes in cool years, while warmer years are characterised by ripe fruit, blackberry, blueberry, plum, jamminess and floral notes. Wines are made in numerous styles from light to full-bodied with numerous attributes ranging from jamminess to herbal notes. Perhaps its true character is somewhere in the middle, where delicate spiciness is complemented by juicy fruitiness and where not only its silky texture prevails, but its personality also reflects the terroir, either pure or in a blend.

Merlot is one of the most widespread and best-known varieties in the world. It produces wine in a wide range of styles from light, explosively fruity rosés to premium quality wines aged in new oak. It is especially popular in blends. Its reds are characterised by deep, intense colour and aromas of plum, blackcurrant and blackberry, while in cooler climates, wines may also have some herbal, minty notes. Rosés are most often dominated by raspberry notes. Merlot is generally very food-friendly and is appreciated by wine lovers all year round. Merlot rosés and lighter styles of red are great partners for all kinds of tomato dishes, pasta, pizza, casserole dishes and thick, hearty goulash soups, while full-bodied, aged Merlot is perfect with roast game, especially venison and wild boar, stews, roast meat and meatloaf. Choose rosé and lighter reds from the latest vintage to best enjoy its freshness, while premium-quality Merlots can benefit from 10-15 years ageing before drinking. Always store in a cool place, at a constant temperature, away from direct sunlight and heat, to best preserve its aromas. Serve just below room temperature, rosés at 8-10˛C, light reds at 14-16°C and aged, full-bodied Merlot at 16-18°C in large tulip-shaped red wine glasses.