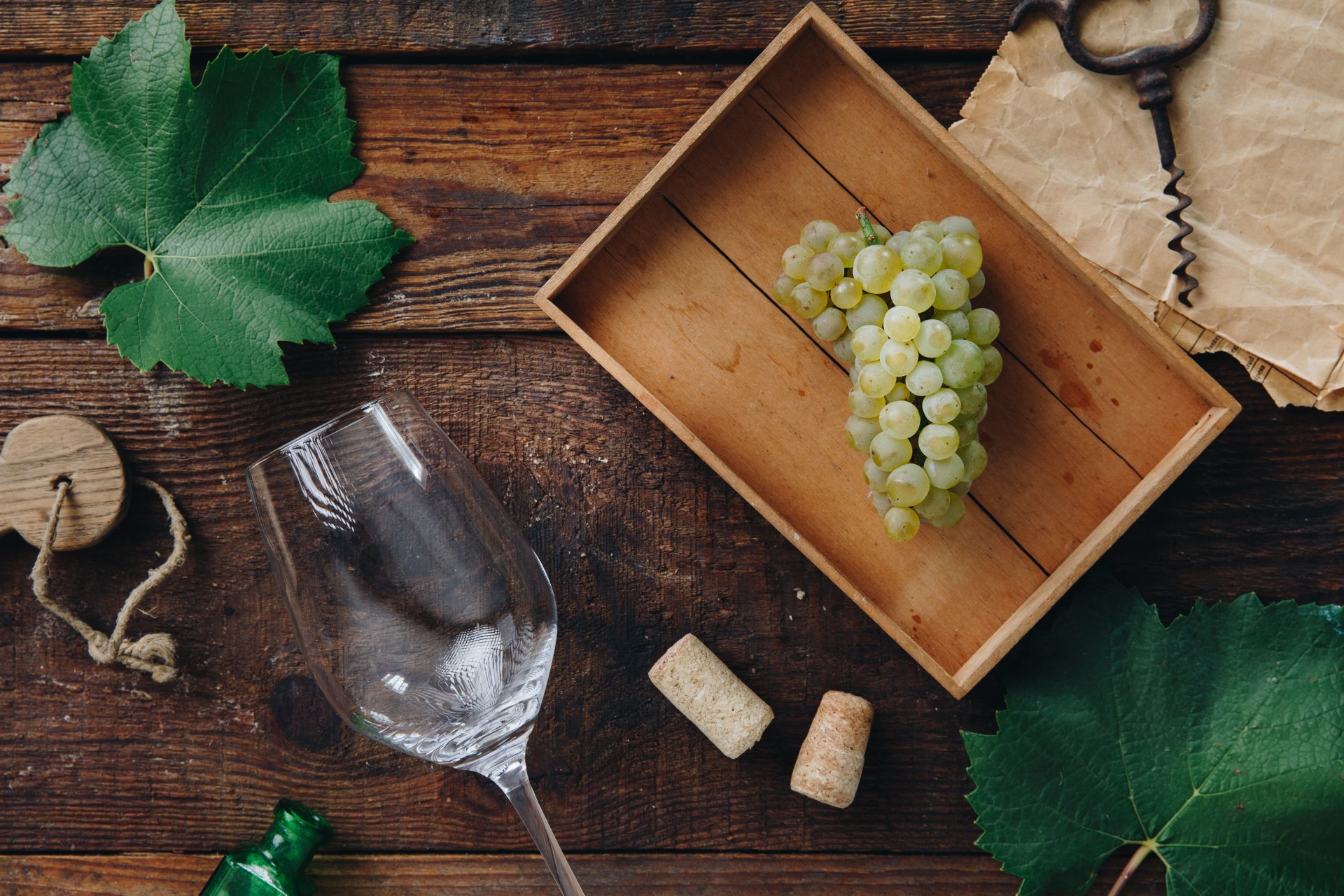 Its homeland is France, in particular Burgundy – the region between Dijon and Lyon. It was first mentioned in the 17th century. Its current name most likely comes from the village of Chardonnay in the Mâconnais. Chardonnay is a natural crossing of Pinot Noir and Gouais Blanc.

It’s an extremely popular variety, which is not only able to reflect its terroir perfectly but also allows itself to be shaped by the winemaker’s hands. Moreover, it makes a wonderful base wine for sparkling wine.

It is an early flowering, relatively early-ripening, high-yielding variety. It prefers soils that are not too dry, such as limestone and clay, and can adapt to many climatic conditions.

It has medium-sized, regularly shaped leaves that are almost symmetrical. Its clusters are tightly packed with small berries. It is known by many names, such as Clevner or Morillon, while in Hungary, it was once also called ’Kereklevelű’ (Round-leaved).

The variety is most common in France (mainly Burgundy and Champagne), Italy and the United States (California). However, it is found almost everywhere on the world wine map. Statistically, this variety is among the most planted varieties in the majority - more than 40 – of countries. Plantings are continuing to grow, and it is slowly becoming the most cultivated white grape variety in the world.

It is cultivated on nearly 2,400 hectares in Hungary, with the highest proportions found in the Neszmély, Etyek-Buda and the Balatonboglár wine districts; it is the most abundant in the latter. It clearly likes calcareous, clay soils here too, which is supplemented by sand in Balatonboglár. Eger can also produce some appealing wines.

Chardonnay can produce truly appealing, high-quality wines thanks to its ability to reflect terroir. Moreover, its neutral aroma allows it to be shaped by the winemaker’s hand; it has an affinity for oak, (with barrique adding sweet, spicy notes), malolactic fermentation (resulting in creamy, buttery notes) and even the extra texture resulting from stirring the fine lees can endow it with additional complexity. It is characterised by medium or high alcohol, medium acidity and green apple and lime. Riper styles may also boast stone fruit, peach and even passion fruit, while the abovementioned winemaking practices can further add to its range of aromas and flavours. Traditional method sparkling wine should also be mentioned here, as Chardonnay is an important variety in its base wine, either alone or blended with its parent, Pinot Noir. It yields beautiful, complex, rich yet fresh wines in numerous Hungarian wine regions, and not only those mentioned above.

One of the world’s most versatile international grape varieties, which can be found in Hungary in a wide range of styles, thus it’s worth considering the style and production method when drinking Chardonnay. Wines produced from early-harvested Chardonnay in cool regions are very fresh and crisp, so are generally drunk during the warm, sunny months. Riper wines with higher alcohol from warmer vineyards, which often undergo malolactic fermentation and are aged in barrique, can be equally pleasant on cold winter evenings thanks to their soothing warmth and full body. It is best to choose fresh, more recent vintages of lighter, crisper styles of reductively made Chardonnay and consume them within 2-3 years. Serve these wines with crisp, vibrant dishes, such as salads, poultry, vegetable dishes and soups. Serve straight from the fridge at about 8-10°C in a tulip-shaped white wine glass.

High-quality Chardonnay can offer a particularly memorable tasting experience, so choose such wines for celebrations or more serious evening discussions. It is also extremely popular in sparkling wine production.