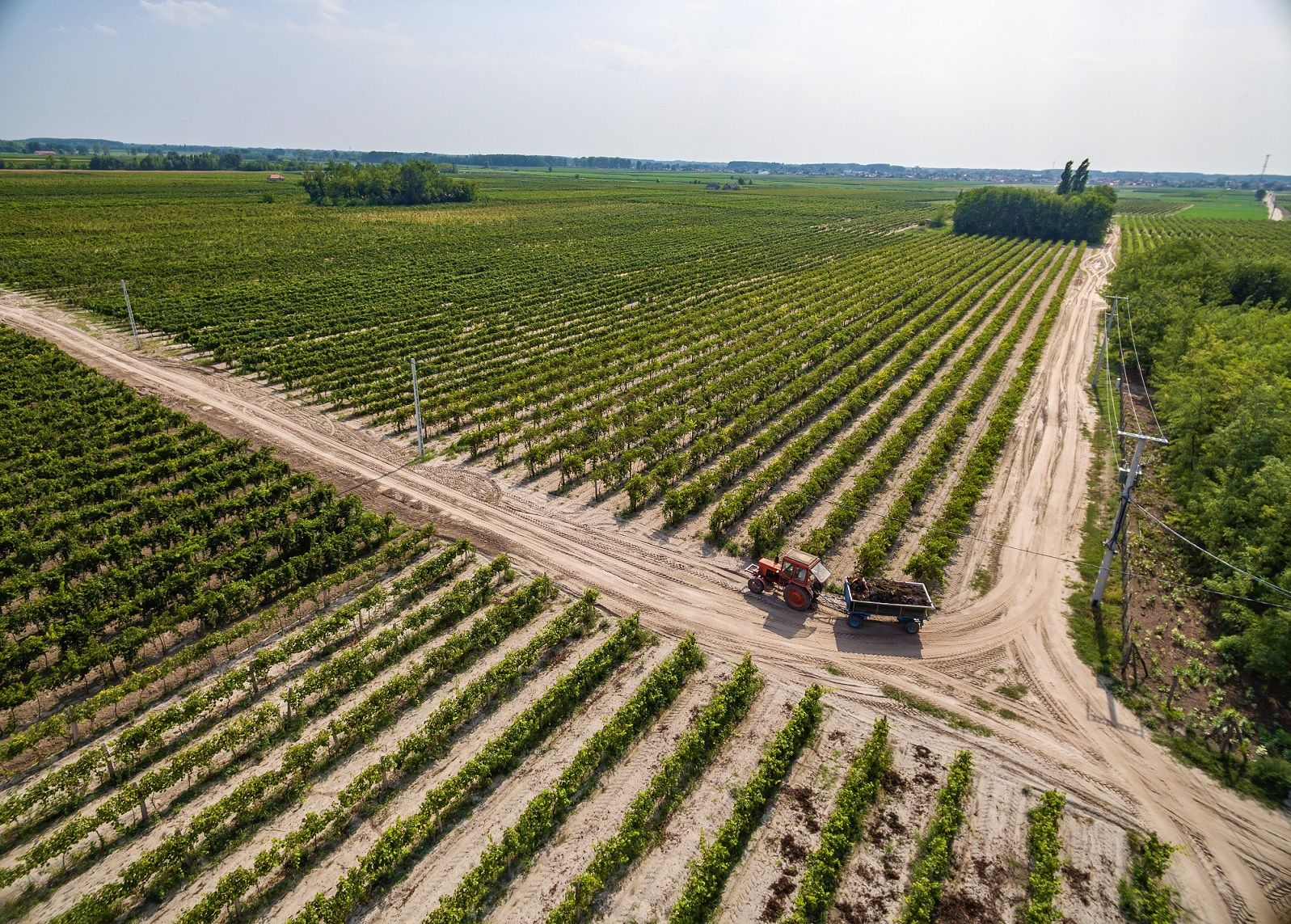 Simplicity and diversity. These two words sum up the Kunság region. It is full of hope and potential but is perhaps one of Hungary’s more neglected wine districts. It’s time to change that. This is evidenced, for example, by the fact that Kunság rosés performed amazingly well at this year’s Le Mondial du Rosé in Cannes.

But let’s not get ahead of ourselves, as although it’s worth noting from the outset that while the rosés have found a place on the international stage, Kunság is by no means just about rosé. On the one hand, it is Hungary’s largest wine district and if it actually cultivated grapes on all its permitted area, it could be one of the world’s largest. Let’s put it this way, this is where some of Hungary’s favourite everyday wines come from - light, excellent value for money wines that also offer quality to ordinary consumers for everyday drinking. White and red wines are both made here, and the region boasts ideal conditions for excellent sparkling base wines too. Kövidinka – we rarely hear about this grape variety today, even though it has a long tradition and was once cultivated over a significant area nationwide. 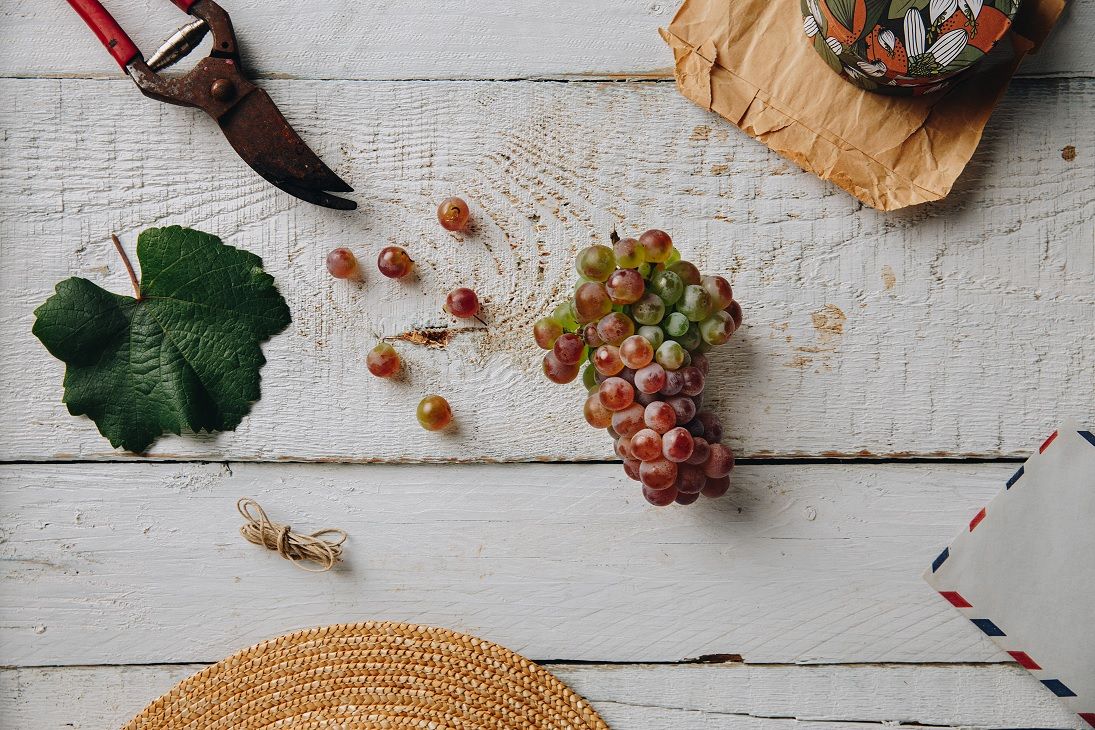 Some theories say that this old Hungarian variety has been known in the Carpathian Basin for many centuries; it can still be found in the Kunság today. For those who like light wines, then Kövidinka wines are heavenly, boasting fruity notes, nuts, herbs and greenish notes as well as restrained aromas of honey and almond. It makes approachable, light white wines, perfect for summer drinking as well as in wine spritzers. Besides Kövidinka, there are also other relatively unknown varieties grown in the wine district, such as Kunleány, Arany Sárfehér, Piros Szlanka and Pozsonyi Fehér. In terms of production area, Bianca is the most widely cultivated white variety, followed by Cserszegi Fűszeres, Aletta and Generosa. Kékfrankos is the most widely grown traditional variety, but Cabernet Sauvignon and Franc, Kadarka and Zweigelt are also produced.

The story of Bianca, also less well known is interesting. This, one of the dominant varieties in the Kunság, has a shorter history than Kövidinka. It was created in 1963 by crossing the hybrid Seyve-Villard with Bouvier. Originally, it was called Egri Csillagok 40 and when approved by the state in 1982, it was given the name Bianca. Of course, as with many innovations, there was a woman behind it, a certain Blanka, known as Bianca, who was the wife of one of the breeder’s best friends. However, it is also worth mentioning the white variety bred by Káróly Bíró - Generosa, which was created in 1951 by crossing Ezerjó and Roter Traminer. The wine boasts aromas of grape blossom, Mediterranean fruit and lovely French perfume. Its vanilla and pear flavours and bright acidity also play a key role in its wines.

However, it is also worth mentioning the white variety bred by Káróly Bíró - Generosa, which was created in 1951 by crossing Ezerjó and Roter Traminer. The wine boasts aromas of grape blossom, Mediterranean fruit and lovely French perfume. Its vanilla and pear flavours and bright acidity also play a key role in its wines. 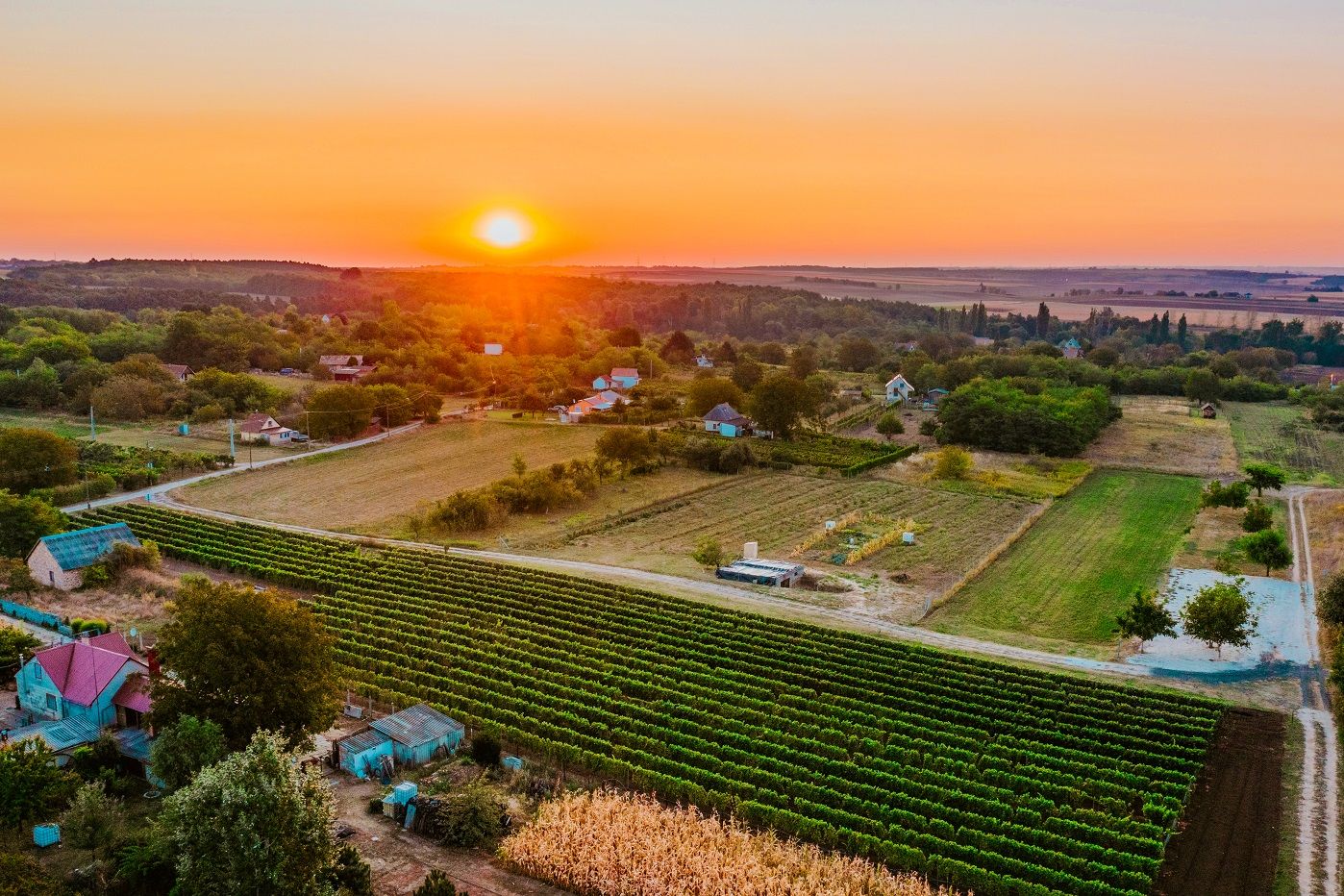 And more precisely to Cannes, where not only the film festival but also other important competitions take place each year. Including Le Mondial du Rosé, the most prestigious rosé wine competition in the world. Winemakers from the Union des Oenologues de France have been meeting in this elegant French town since 2004 and spending three days surveying rosés from all around the world in a series of blind tastings. 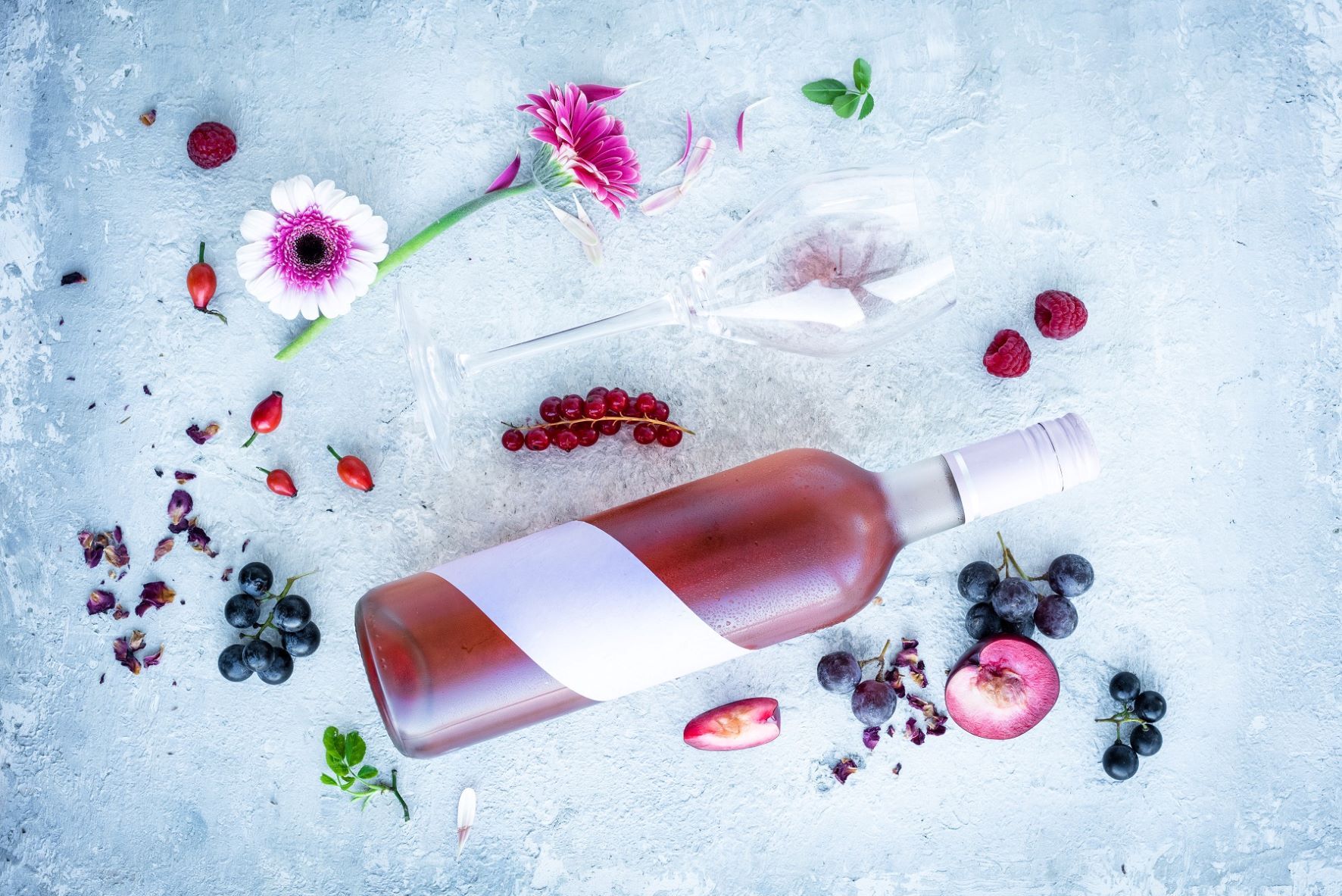 Flavours and aromas of the rosé wines

Demand for rosé is growing worldwide with consumers eagerly awaiting the new wines each year. Rosés have proven in recent years that they can be taken seriously, and it is not just the trend and the hype that has made them great. This wine competition was also created to ensure that rosés get their fair share of attention among the wines of the world. At Le Mondial du Rosé, award-winning wines are given either a gold or silver medal. In 2021, five Hungarian rosés won gold in the competition, three of which come from the Kunság wine district. Attila Szentpéteri, one of the winners and the creator of the Szentpéteri Winery’s Cabernero 2020, commented on the good news: “We believe it is important to measure our wines both domestically and internationally, as the results provide good feedback on our work. We are delighted with the award as well as the other two Kunság gold medals. It shows we are making the right style of rosé and that our wines deserve a place on the international stage. This is confirmation that it is worthwhile and something to build on in the future too.” 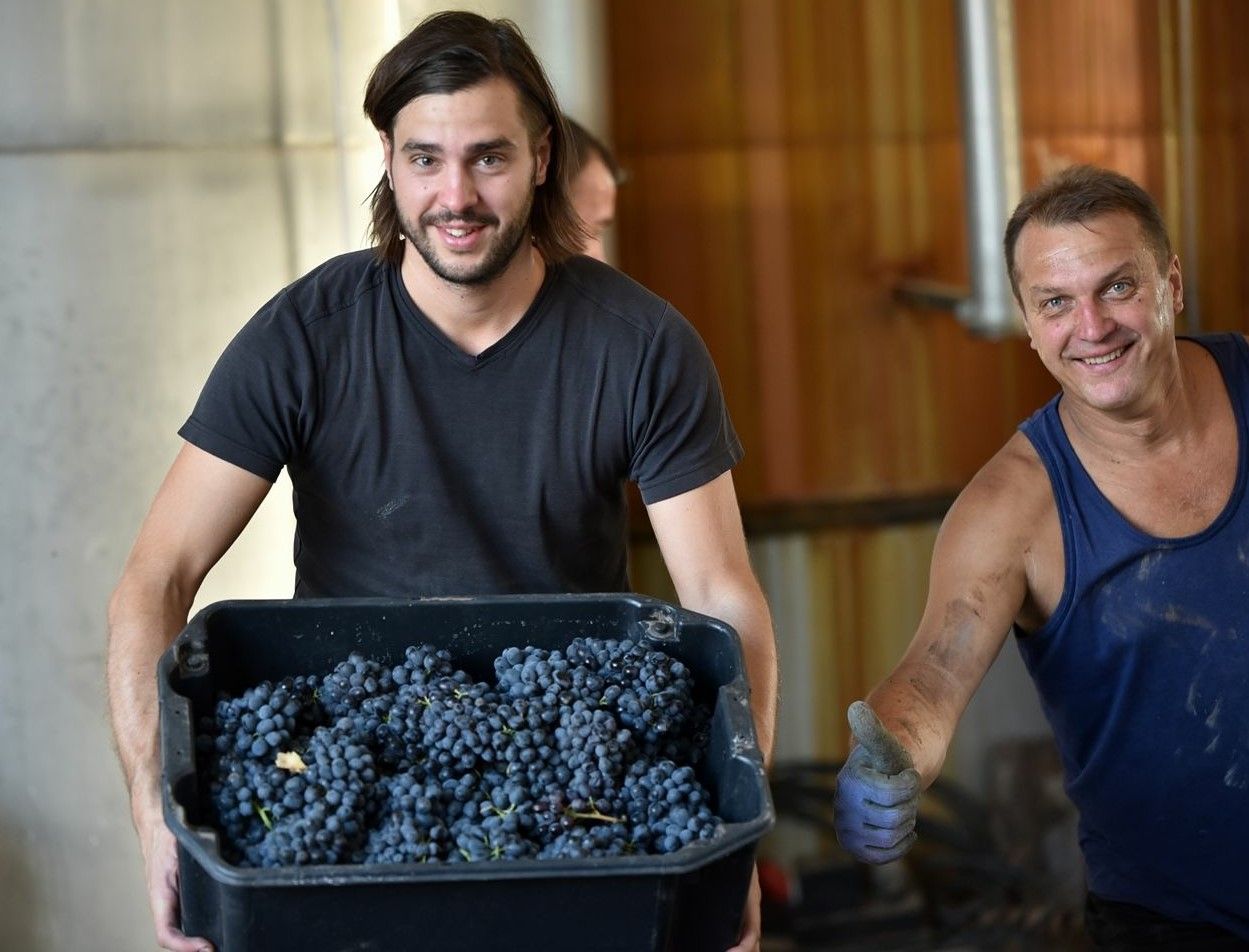 The younger and older Attila Szentpéteri

From winery to winery

If you want to discover this wine district with its many surprises, it’s worth making a tour of discovery around the Kunság’s wineries. The Gedeon Estate, for example, is about 25 km from Kecskemét. Although this has been omitted from the history books, it is worth knowing that József Kostka was the first to plant the region’s authentic variety, Sárfehér, on this estate. And this eminent winemaker was none other than the brother of artist Tivador Csontvári Kostka. 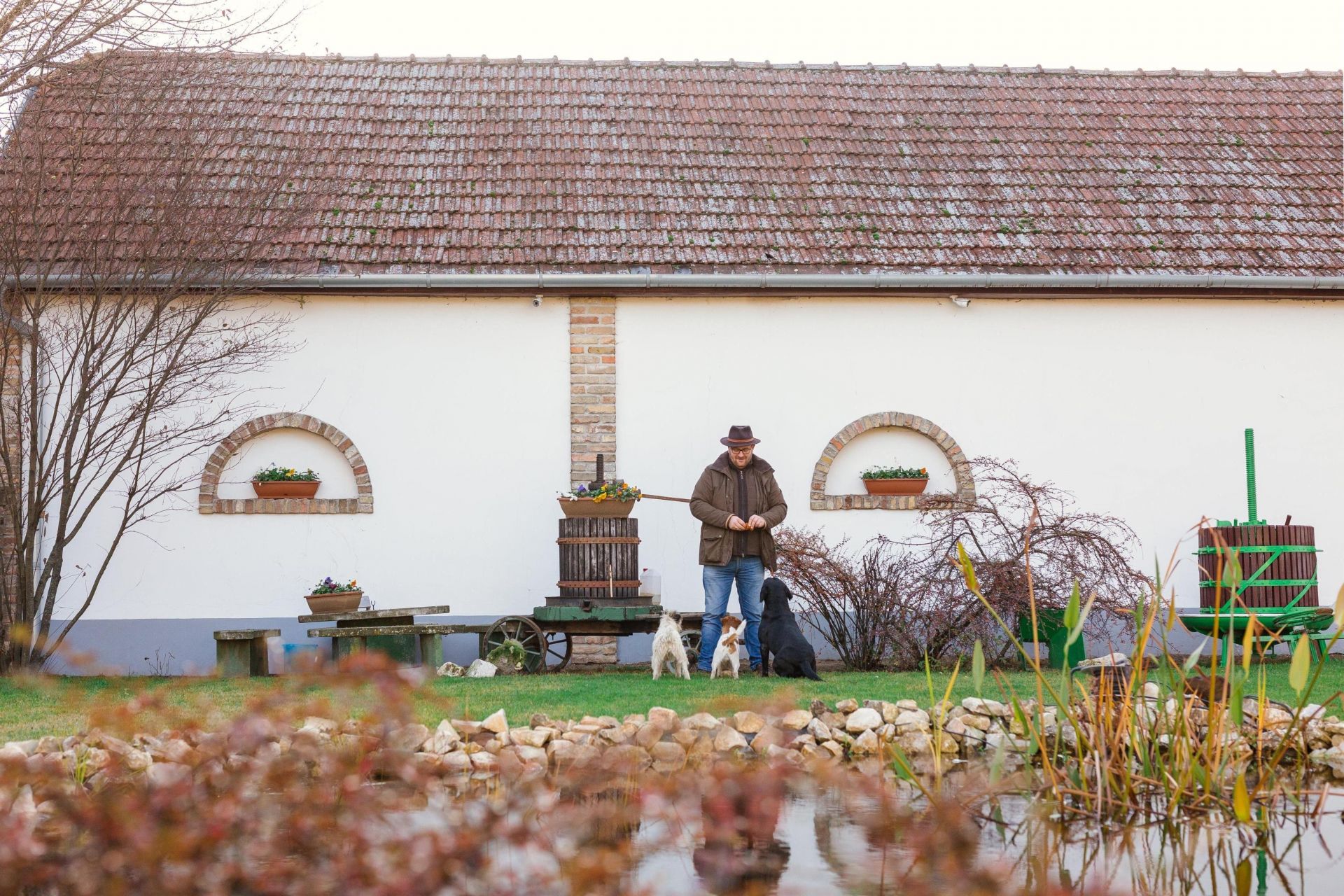 Or there is the Pellikán Estate, a real artisanal winery in the Southern Great Plain, which produces lovely Kékfrankos, Kadarka, Cabernet Franc, Cabernet Sauvignon, Kövidinka, Cserszegi Fűszeres and Riesling. 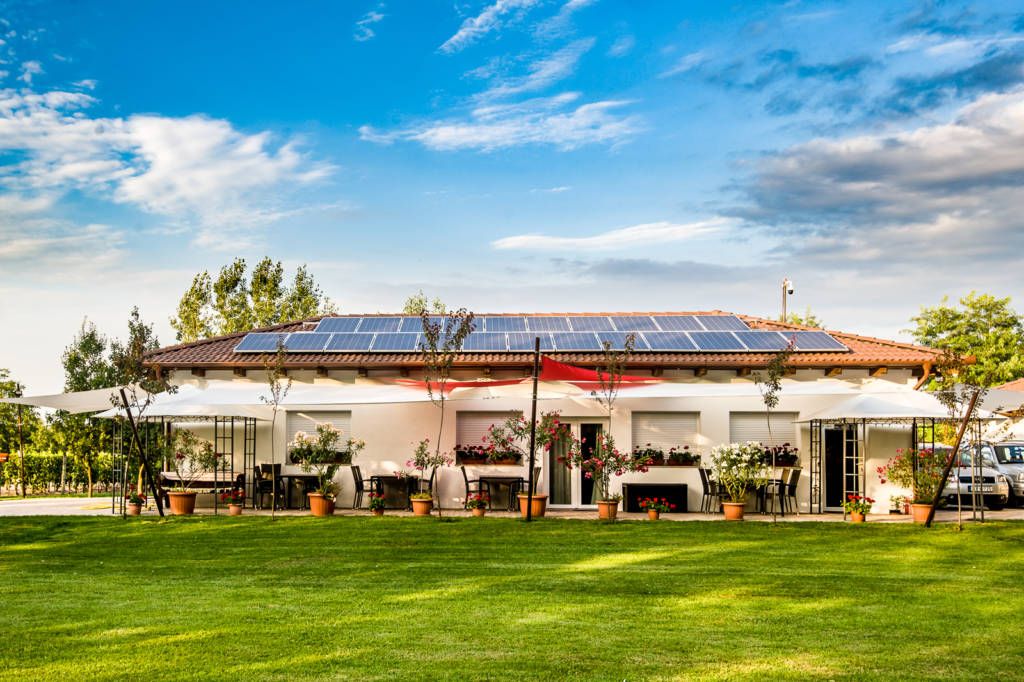 Every winery here is worth a detour, including the Váradi Winery in Kiskunmajsa, which has been part of the family farm for several generations. As in many wineries, the goal is to preserve traditions aided by more modern technology in the background. 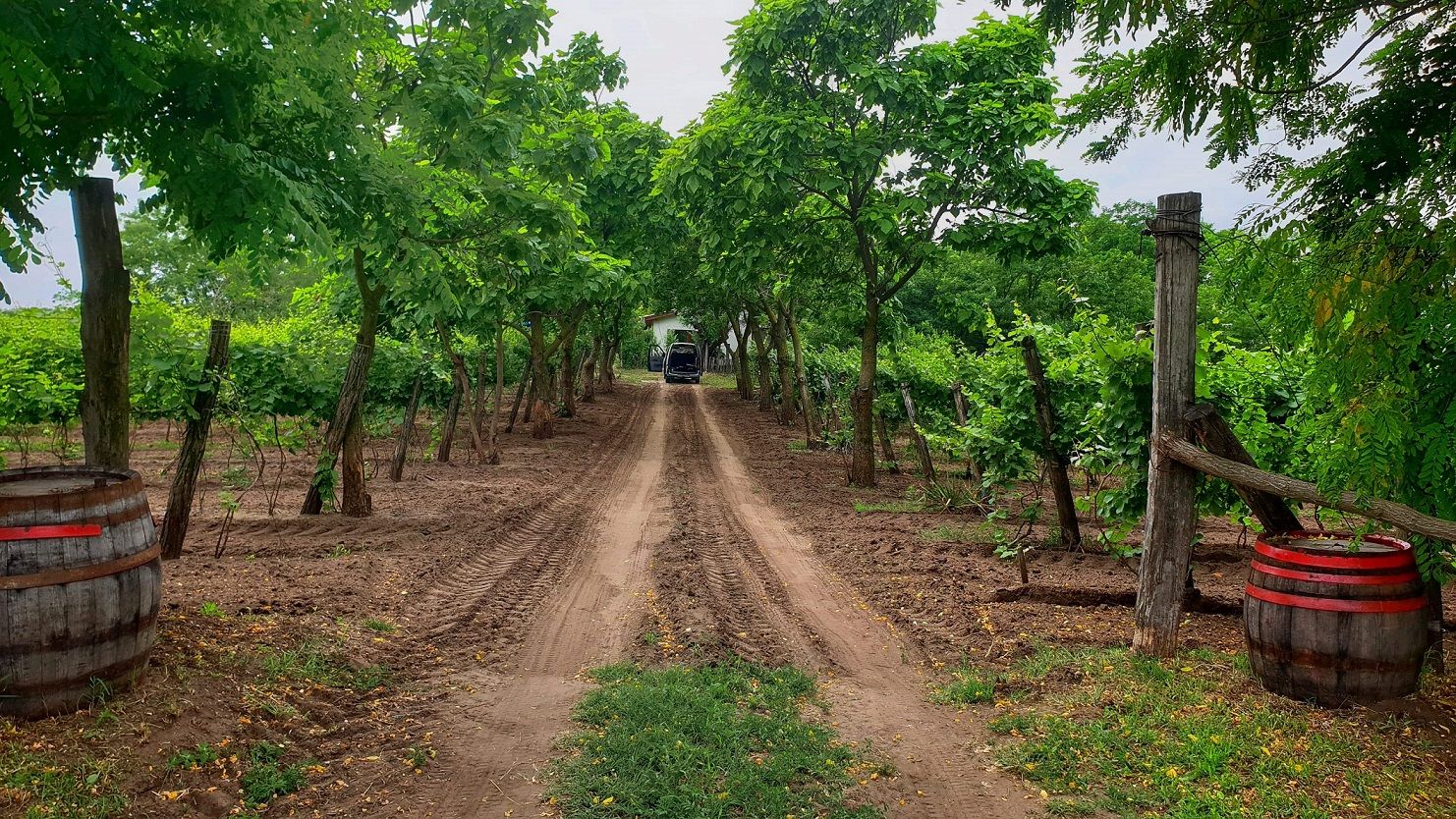 In the vineyard of the Váradi Winery

The Kunság is full of wineries both large and small, whose many stories and families as well as the winemakers construct the unique romance of the wine district like a puzzle. 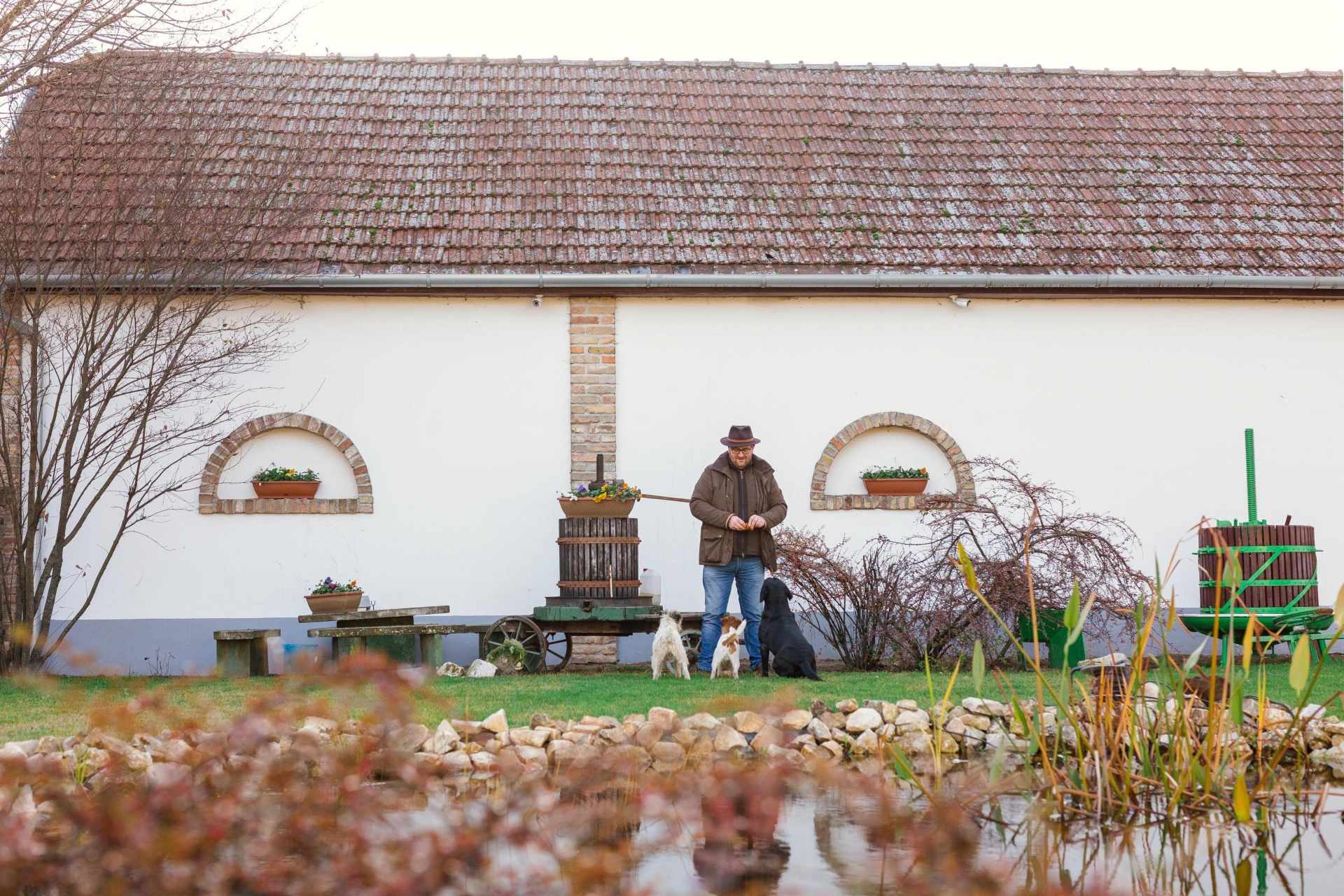 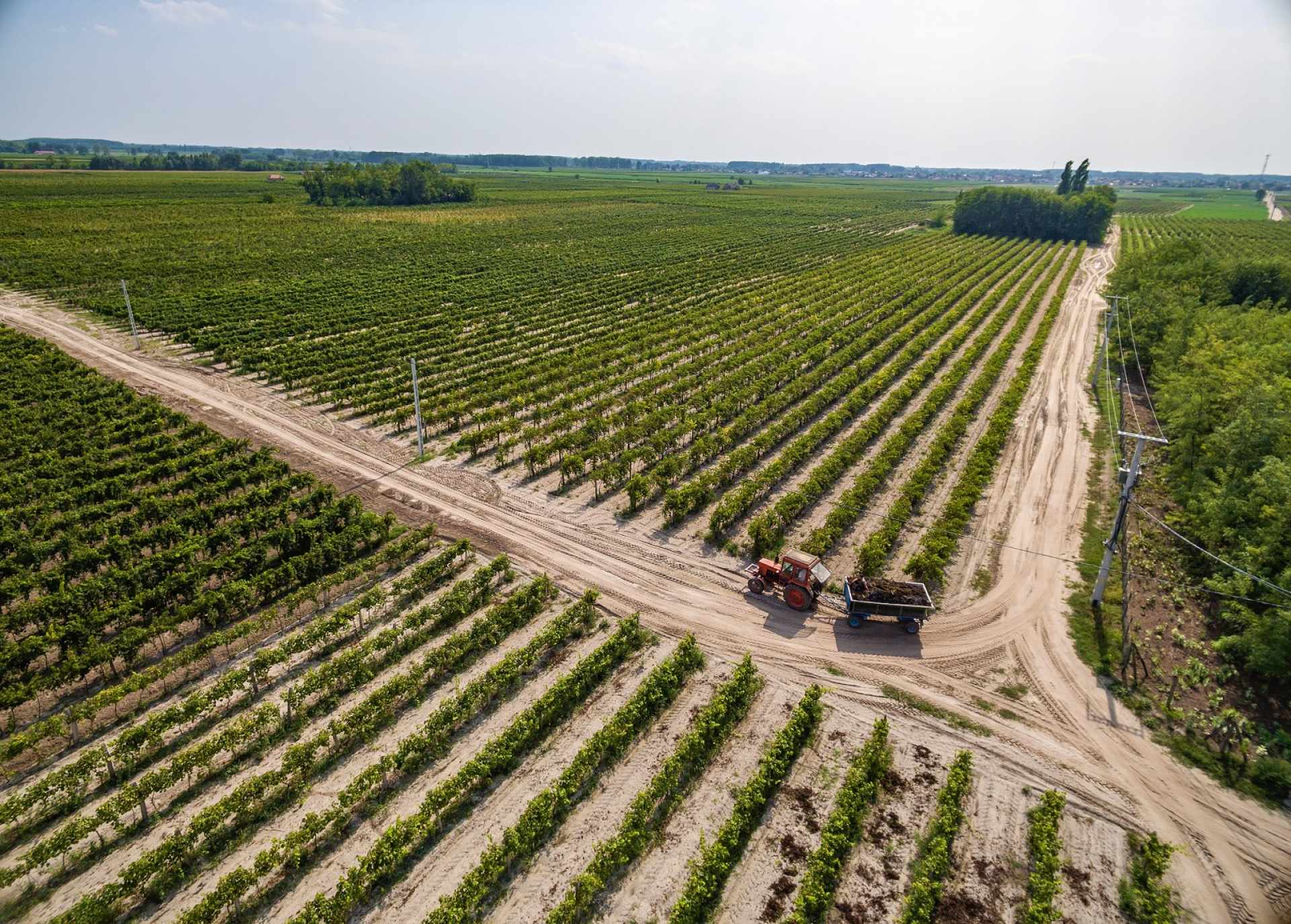 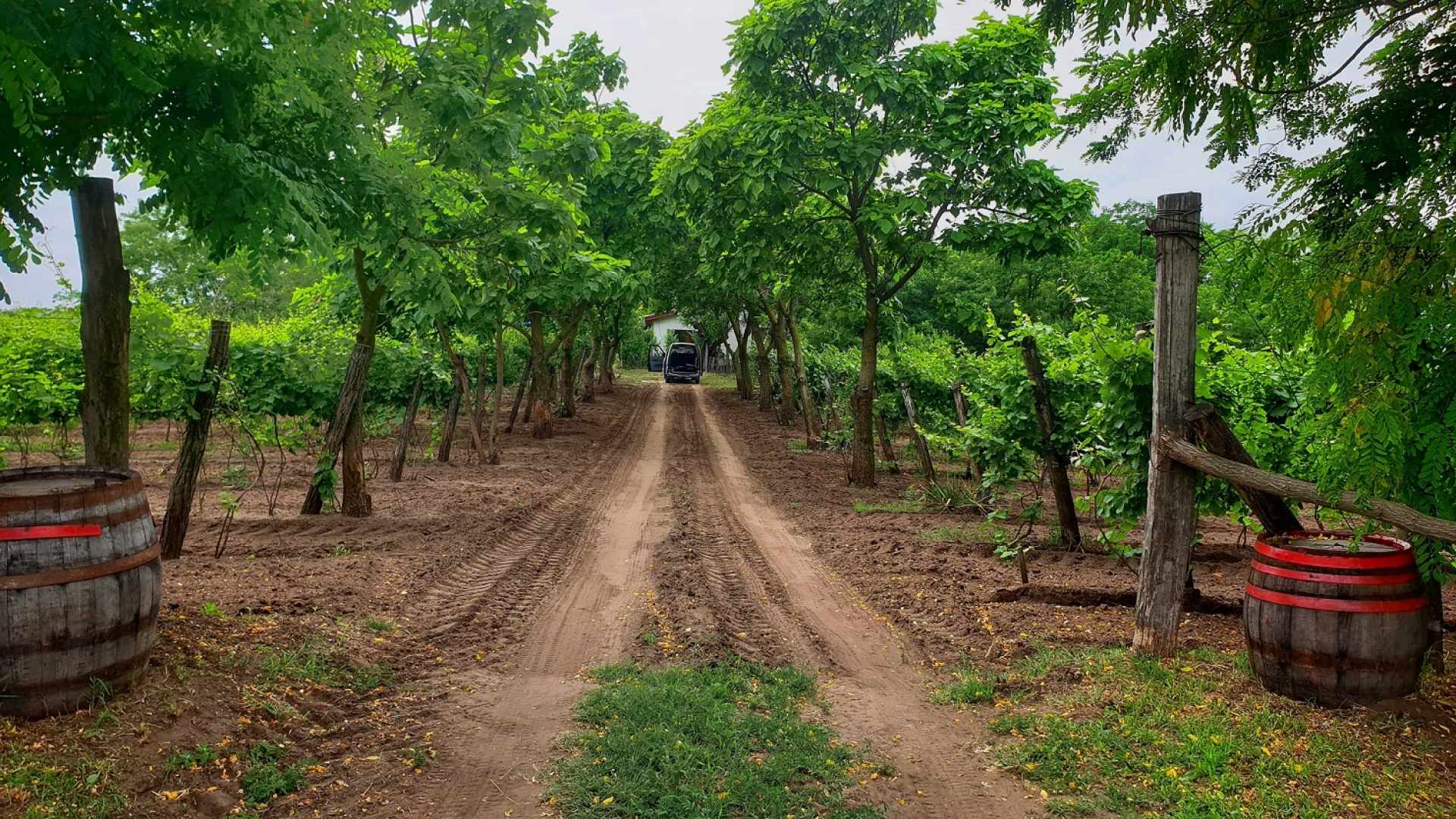 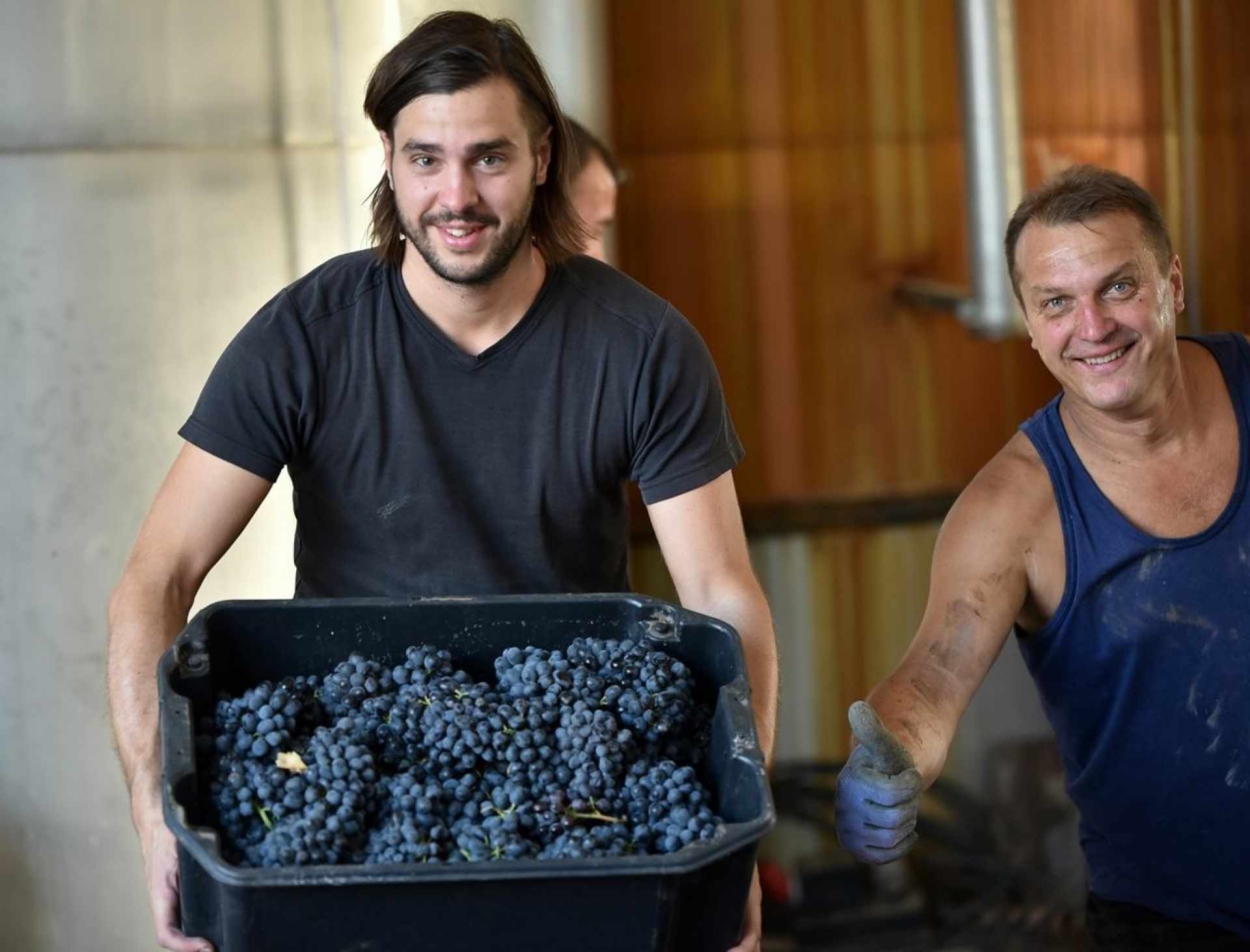 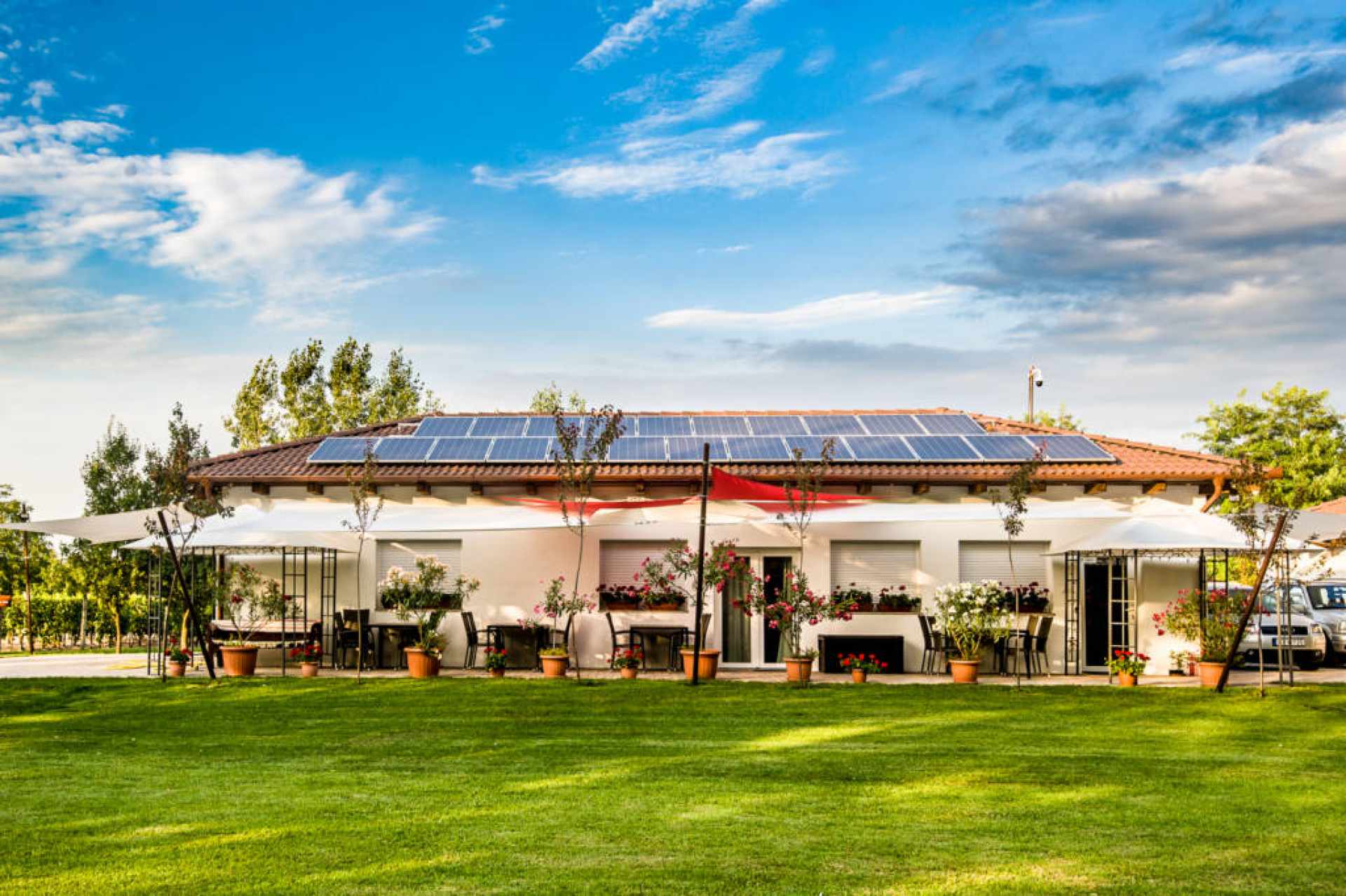 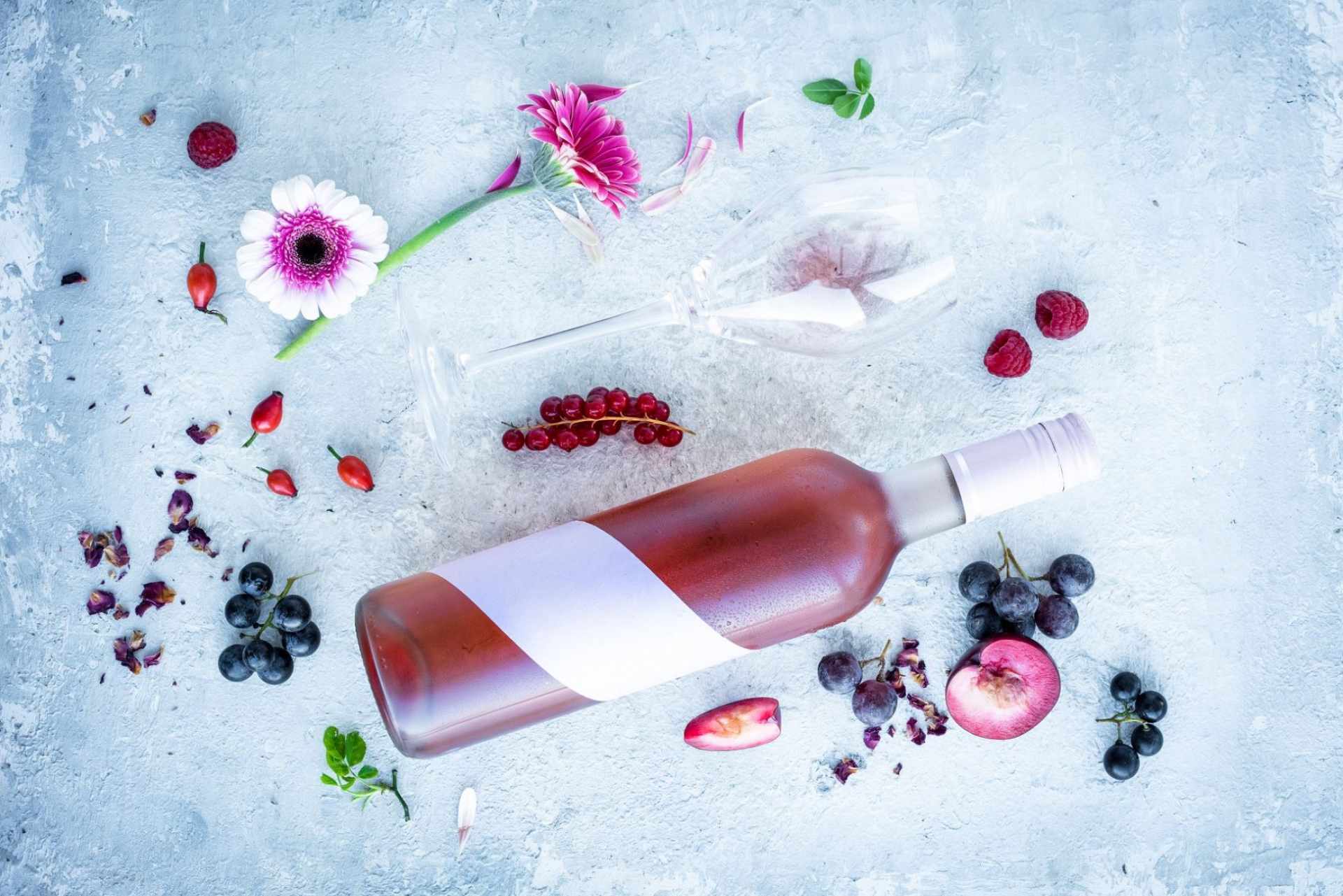 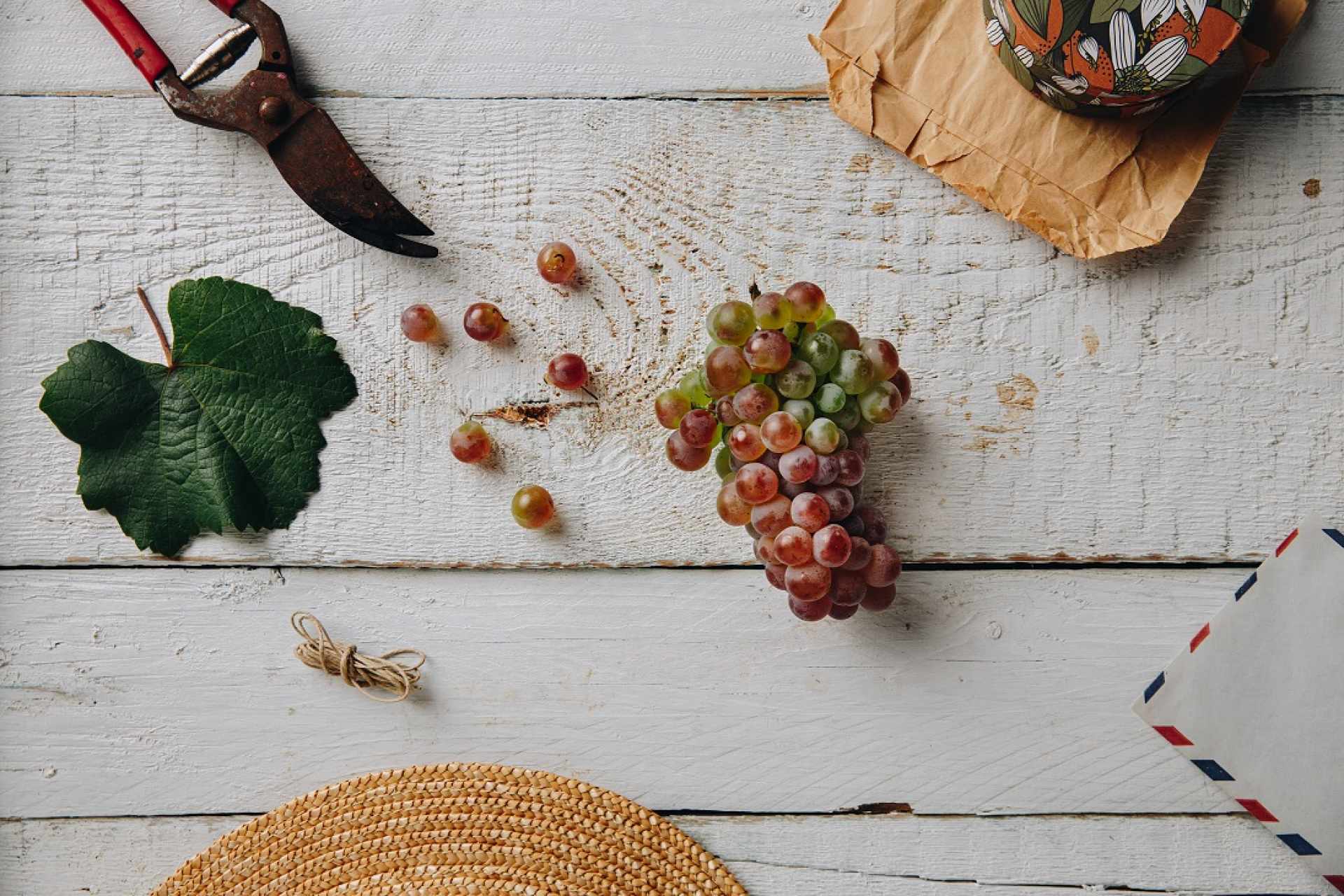